Cars 3 Review: The Best Cars Yet

In Cars 3, Lightning McQueen (Owen Wilson) is no longer the new guy but rather a legend in the world of racing. Lightning is highly respected by his peers and is passionate about his career as a racer. One day, while racing in a championship, Lightning meets a rebellious newcomer named Jackson Storm (Armie Hammer) whose approach to racing is much different than his own. Storm is a new type of race car that is built for speed and designed for the future. As time goes on, Lightning becomes discouraged by Storm’s comments and begins to question his future as a racer. Determined to prove that he still has what it takes, Lightning teams up with Cruz Ramirez (Cristela Alonzo), a professional trainer that has been assigned to help Lightning regain his confidence as a legendary racer.

It is no secret that most critics consider Cars and Cars 2 to be the weakest of all Pixar films. While I will certainly agree that Cars 2 is without question the least memorable film in the Pixar library, I do think that Cars was a decent enough film that gets way too much hate. I often feel like a lot of critics forget that not every single Pixar movie has to be an Oscar Worthy. In fact, Monsters University, A Bug’s Life, Brave, and A Good Dinosaur are all decent films but are nowhere near as great as the Toy Story Trilogy, Finding Nemo, or the other Pixar releases.

In my opinion, Cars 3 ranks up there with some of the best Pixar films. The film has a lot of heart with a genuine story that is relatable to people of all ages. The story focuses on the concept of out with the old, in with the new. While the idea isn’t anything new, the theme will resonate with audiences. The screenwriters and story writers were able to take a very common theme and use it effectively in a family film. We see Lightning as this passionate race car that isn’t ready to hang up his hat. Instead, he wants to keep doing what he loves but feels as though he is being forced to stop doing what he loves. Lightning, while frustrated, is shown as a determined racer that will stop at nothing to prove his self-worth and keep his dream alive. This is a great message in itself but that’s only one of the film’s many inspiring messages.

In a lot of ways Cars 3, is like the family friendly version of Creed but with animated cars and a well-crafted female character at its core. The majority of the film is spent on building the relationship between Lightning and Cruz. Their relationship is very similar to Woody and Buzz from the Toy Story movies. Cruz and Lightning don’t see eye to eye right away but do become friends and learn from one another. I found their relationship to be the driving force of the film. Cruz and Lightning are characters that you want to root for. They are both dealing with their own issues but must push past those problems in order to help one another and achieve their individual dreams.

There are multiple scenes where Lightning and Cruz discuss their careers, passions, and frustrations. All these scenes are excellently crafted and help shape these characters. In one of the film’s most memorable moments, Cruz reveals her dreams to Lightning and during this scene, I felt like I was watching two people have a serious heart to heart rather than two animated cars. This moment was pure Pixar magic and is definitely something that was nowhere to be found in Cars 2.

Besides the Cruz and Lightning storyline, the film spends a nice chunk of time on Lightning reminiscing about Doc Hudson (Paul Newman) who as you may recall was a big part of the original film. Even though Newman passed away in 2008, Cars 3 serves as a touching tribute not only to the character of Doc Hudson but also to Newman as a legendary actor. The Doc Hudson story arc was filled with touching moments that felt very true to life. I felt a real sense of sympathy towards the loss of Doc Hudson as well as Paul Newman throughout the film.

While Mater (Larry the Cable Guy) was a big part of Cars and Cars 2, the character takes a backseat in this third entry. Unlike the other two films, which were a bit too reliant on Mater being the comic relief, Cars 3 doesn’t spend too much time focusing on Mater. Instead, the film uses him to lighten the mood during the moments where the story starts to get a bit too serious for a family film. While children might be disappointed with the lack of Mater this time around, I thought it was a good idea because being a side character, Mater had way too much screen-time in the previous two entries. He was in this film for about 10-15 minutes which I found to be the perfect amount of Mater time.

There are a ton of new characters as well including Smokey (Chris Cooper), Sterling (Nathan Fillion), Jackson Storm (Armie Hammer), Miss Fritter (Lea DeLaria), and many others. While there were a lot of characters, it needs to be said that Cars 3 is ultimately about Cruz and Lightning. These secondary characters are really just that but with that being said, they are used wisely to move the story forward. Unlike a lot of films where they just throw characters in for the sake of it, all the characters in this entry served a purpose, no matter how big or small their roles were. I do need to point out that the character of Miss Fritter was awesome and loved that the animators turned a school bus into a total badass character.

I could probably argue that Cars 3 is about 10-15 minutes too long or that the storylines aren’t very original but honestly, I forgive those things because this is easily the best Cars yet. In fact, despite the story being done before, the film works so well and serves as such a huge inspiration to children of all ages and genders. Cars 3 is an animated car film where the female character is not only brave, strong-willed, and determined but of Hispanic descent. There are a lot of positive messages to take away from this film and I think audiences will be surprised by how emotionally powerful the film is throughout its runtime. 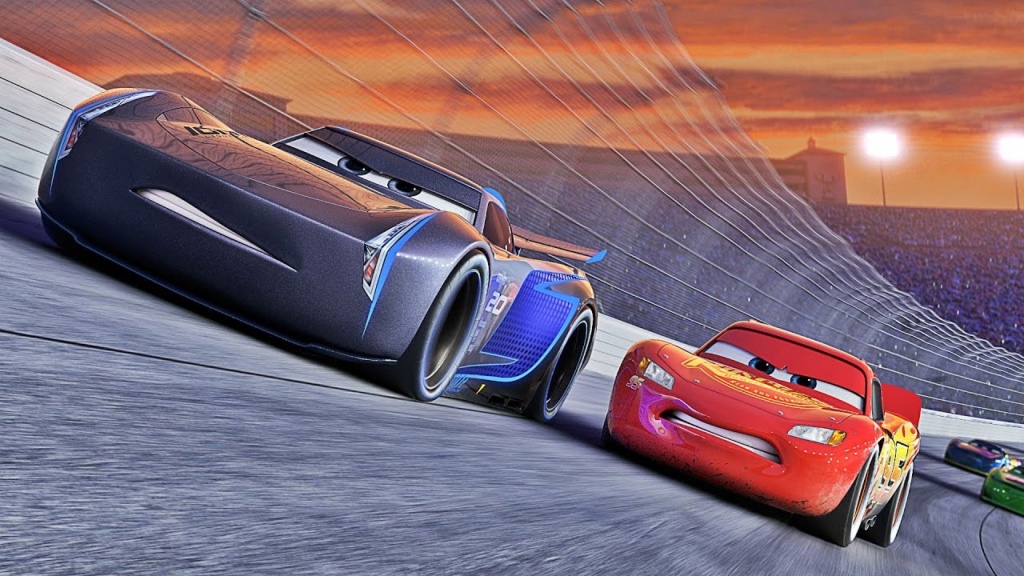 All in all, Cars 3 is inspiring, heartfelt, and fun. It’s everything I wanted from the first two films and a lot more. I am glad that Pixar has turned this franchise around. I think Cars 3 will be a big hit, not only with children but with audiences of all ages. Cars 3 is the perfect summer surprise with a story that is sure to resonate with almost everyone in the audience. Another great film in the Pixar library and as always, I look forward to seeing what Pixar has in store for us next time. 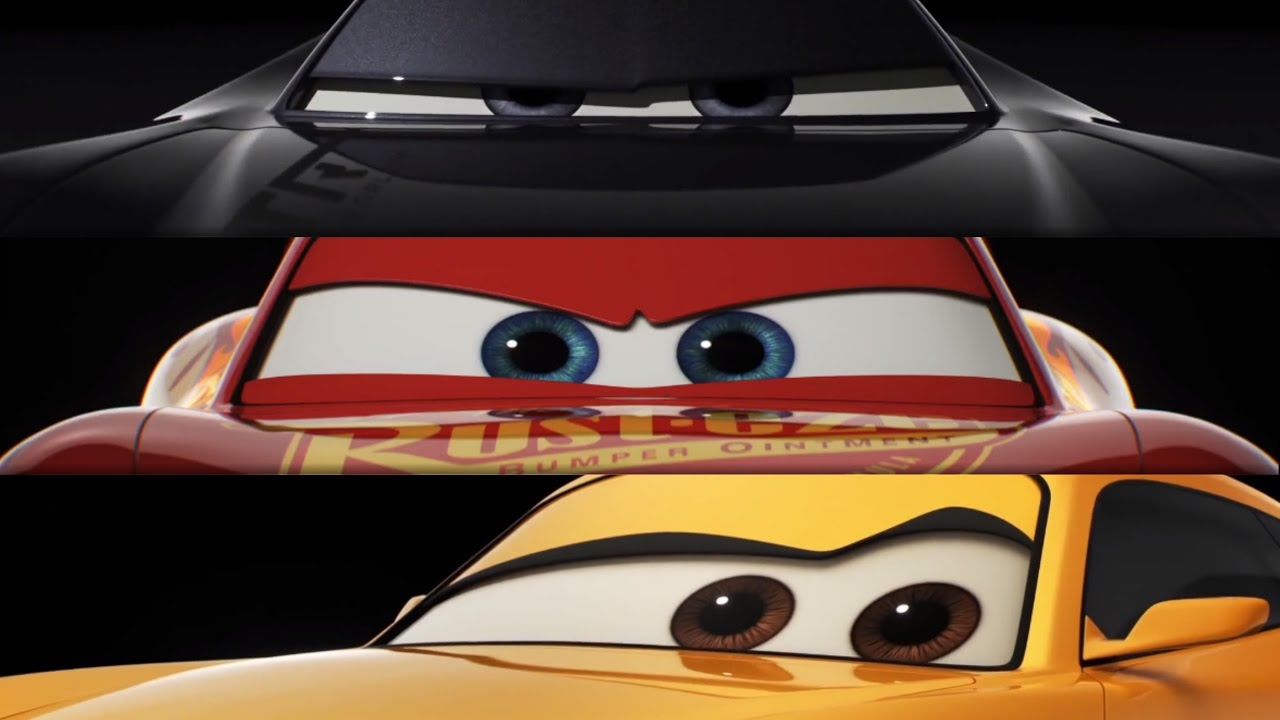 Cars 3 Review: The Best Cars Yet In Cars 3, Lightning McQueen (Owen Wilson) is no longer the new guy but rather a legend in the world of racing. Lightning is highly respected by his peers and is passionate about his career as a racer. On...
0
Average User Rating
0 votes
Please sign in to rate.