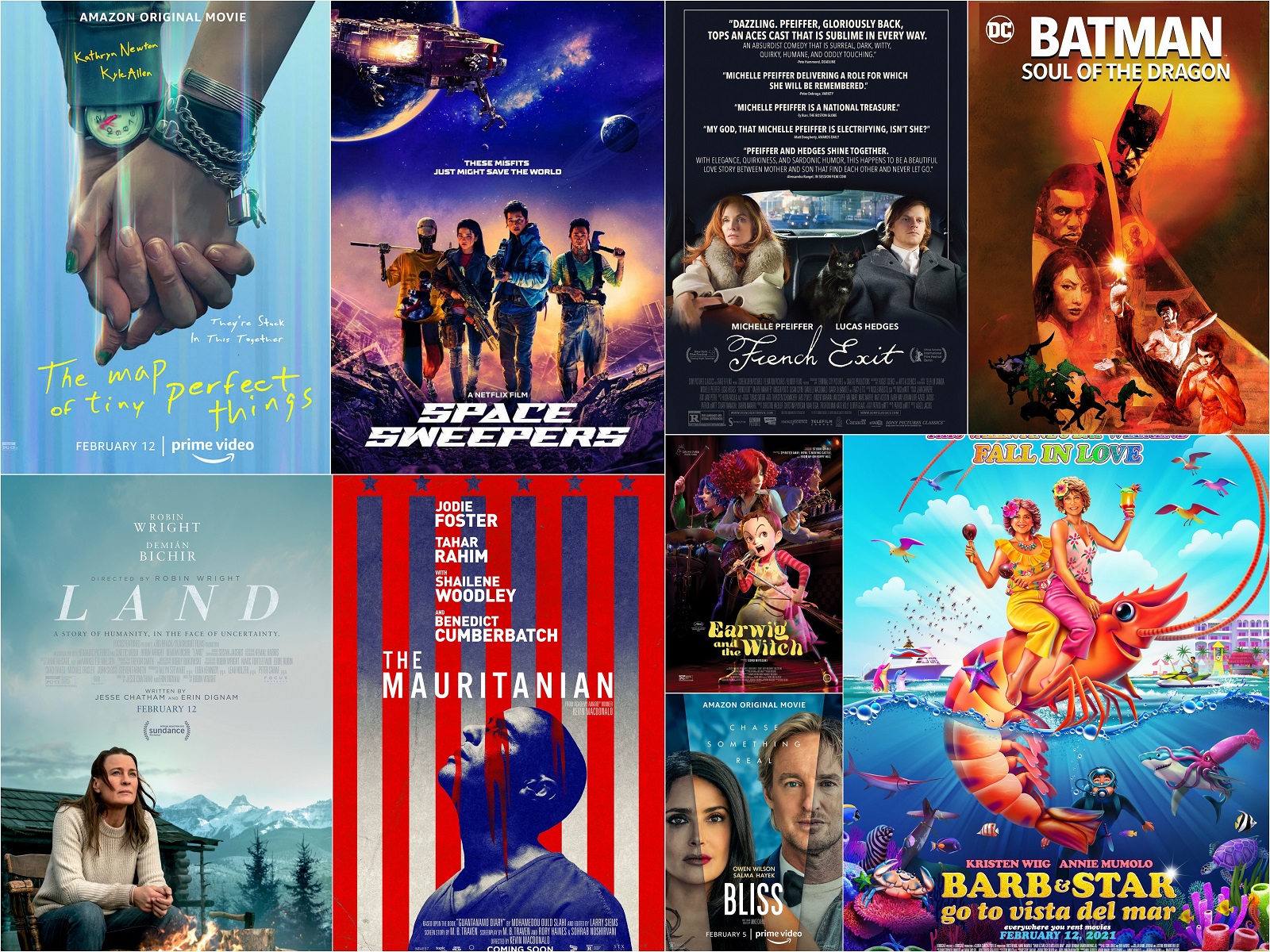 February already came on strong with Sundance pushing in from last month, and this week has another major WB release and Oscar hopeful with Judas and the Black Messiah. With that in mind, this set of write-ups features films about the horrors of Gitmo, a girls trip comedy, a surreal comedy, a Korean space opera, an isolated drama, a teenage time loop movie, a simulated reality flick, a CG Studio Ghibli film, and a funky DC animated adventure. The following features reviews for Barb & Star Go to Vista Del Mar, The Mauritanian, French Exit, Space Sweepers, Land, The Map of Tiny Perfect Things, Bliss, Earwig and the Witch, and Batman: Soul of the Dragon. 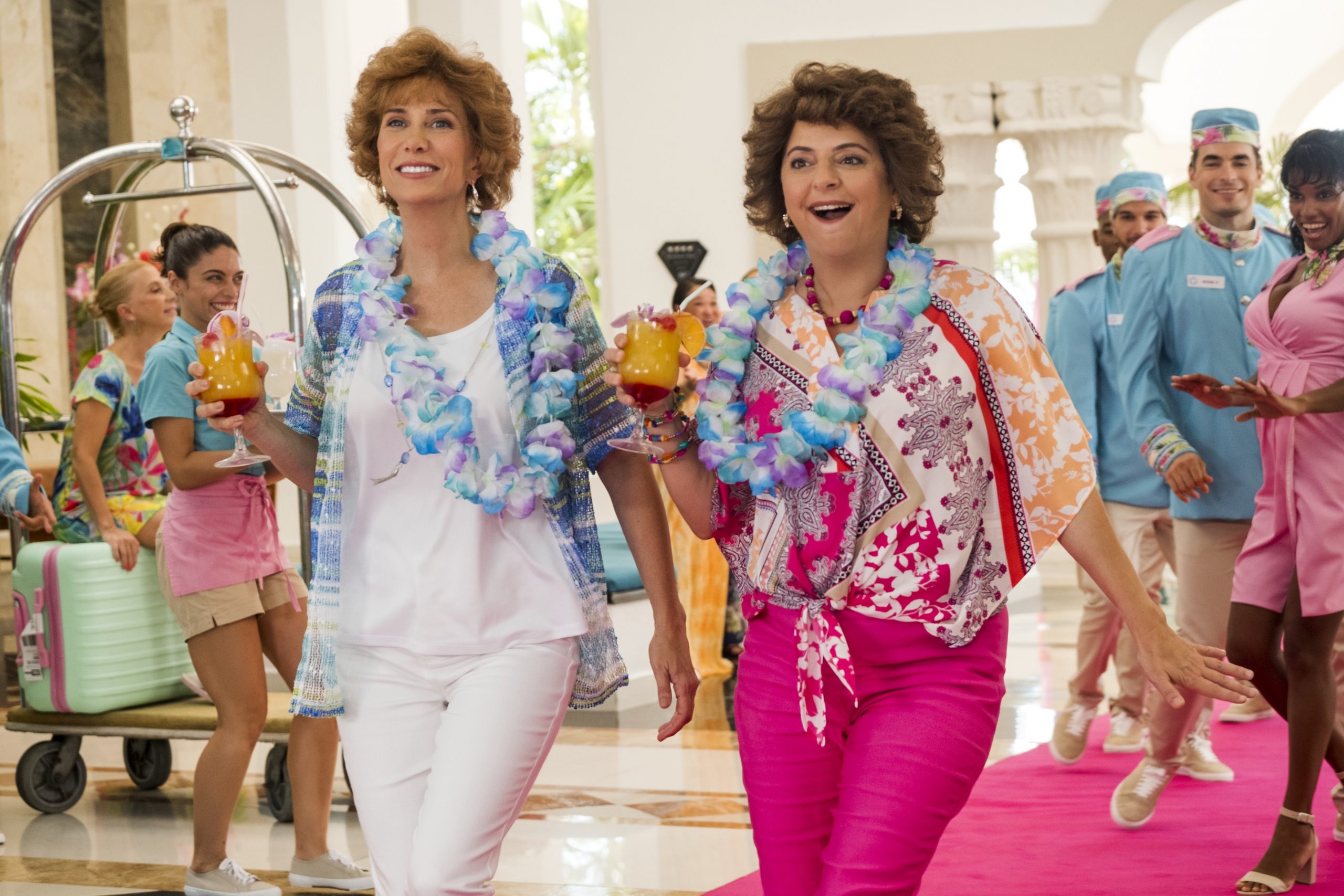 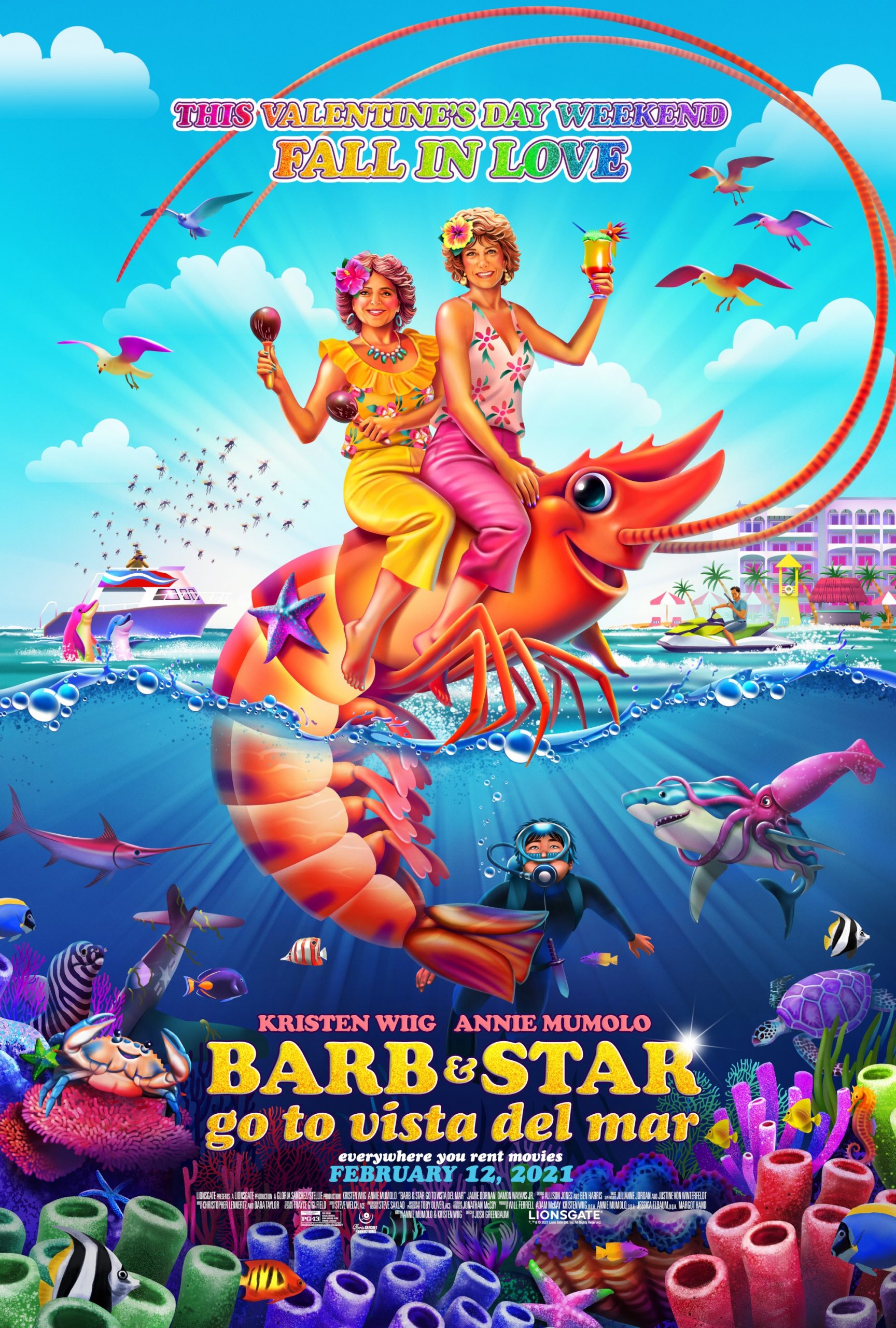 The Setup: Lifelong friends Barb (Annie Mumolo) and Star (Kristen Wiig) embark on the adventure of a lifetime when they decide to leave their small Midwestern town for the first time ever and end up involved in a dastardly plot.

Review: There’s likely an audience ready to watch and love this movie. I can’t say I’m necessarily one of those people, but I have no reason to fault those who get many giggles out of this silly, well-meaning buddy comedy focused on female friendship between two middle-aged women. It would be unfair to simply pass this off as an extended SNL skit because plenty is thought out in developing the world these comedic characters exist in. Really, it plays more like a Hot Rod or a Brothers Solomon, with Wiig and Mumolo working on getting the most out of random ideas they had for a fully-fledged bit of nonsense. Its lack of cynicism or any mean-spiritedness still goes a long way, which is certainly helpful for those who are constantly laughing. I wasn’t, but I still admire this film’s weirdness, and the addition of Jamie Dornan playing a complete goofball is fun too. 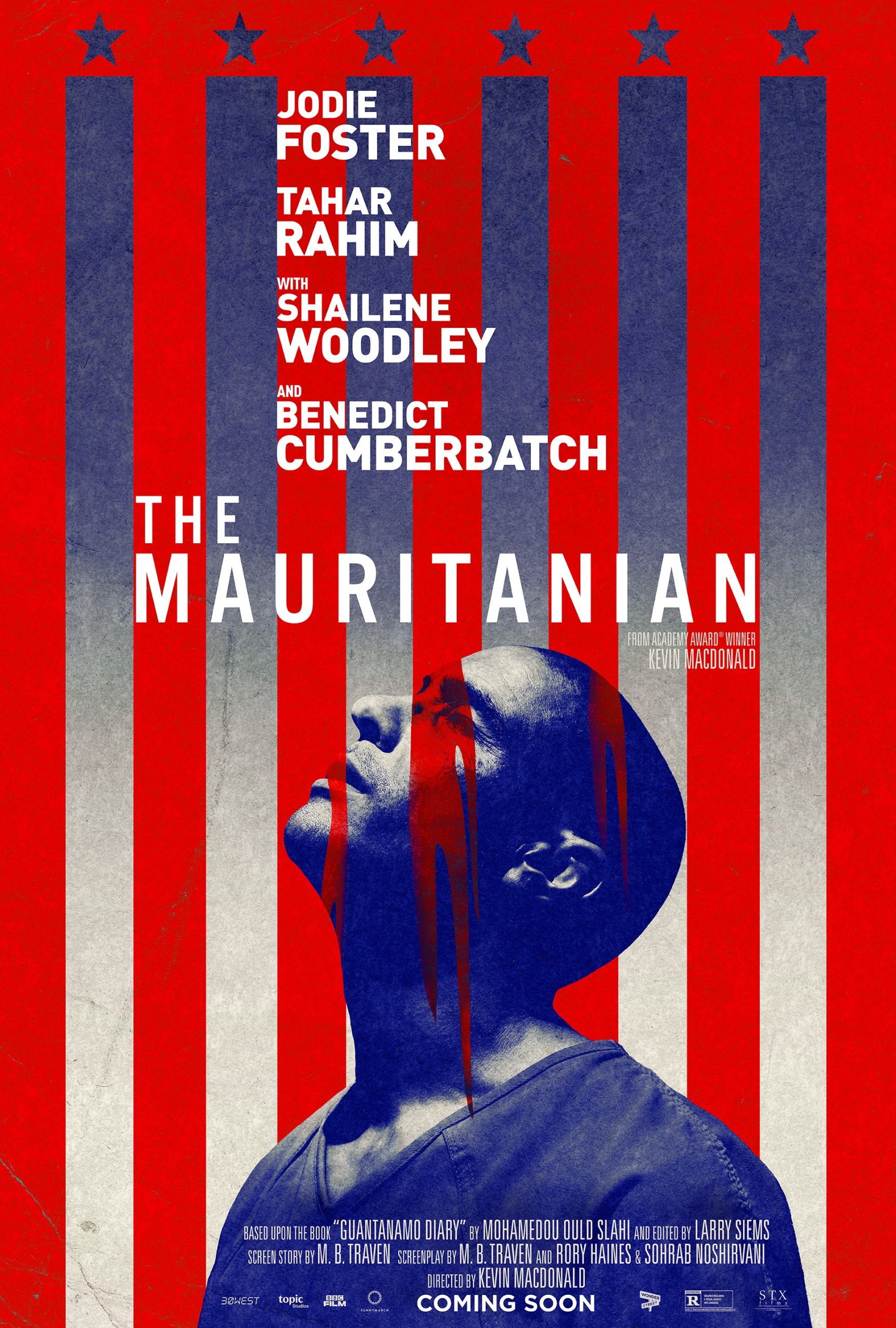 The Setup: Based on his memoir, Mohamedou Ould Salahi (Tahar Rahim) fights for freedom after being detained and imprisoned in Guantanamo Bay without charge by the U.S. Government for years, with help from defense attorney Nancy Hollander (Jodie Foster) and her associate Teri Duncan (Shailene Woodley).

Review: This is the sort of real life story that sketches out the events that took place and provide one or two showcases as far as performances go, only to ultimately amount to a scene leading into the credits where we watch footage of the real guy and feel good about reading what happened next. I like director Kevin Macdonald, but this is the sort of thing he does much better when making documentaries. With The Mauritanian, despite strong work from Foster and, more importantly, Rahim, the efforts on display mostly play as a slog of uncomfortable situations and biding one’s time until things turn around. Plus, Benedict Cumberbatch arrives in a supporting role to flex his skills at delivering another southern accent, and it’s largely just distracting. Still, if you need the reminder: bad things happened at Guantanamo Bay.

Where To Watch: Available in select theaters February 12, 2021. 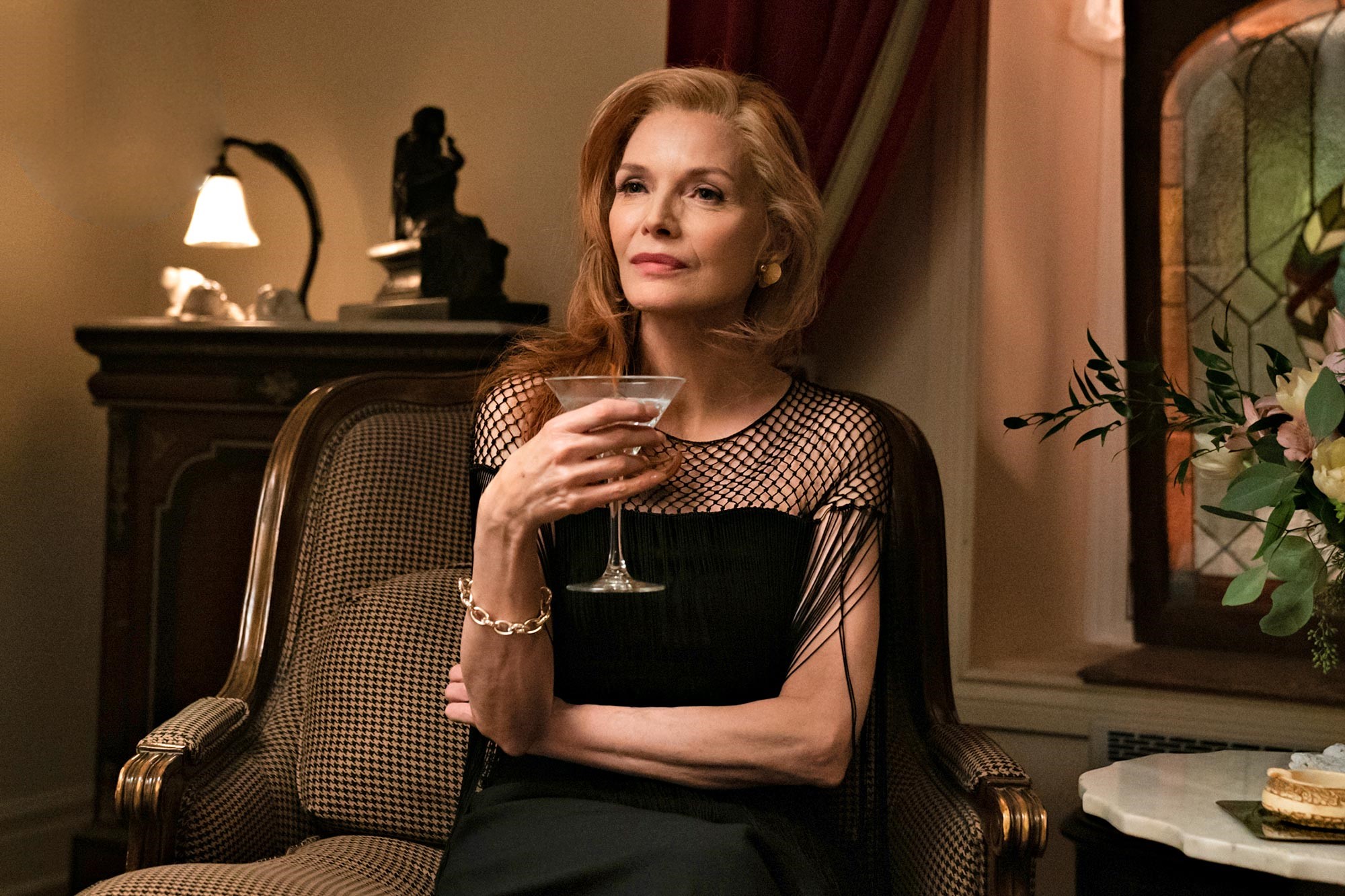 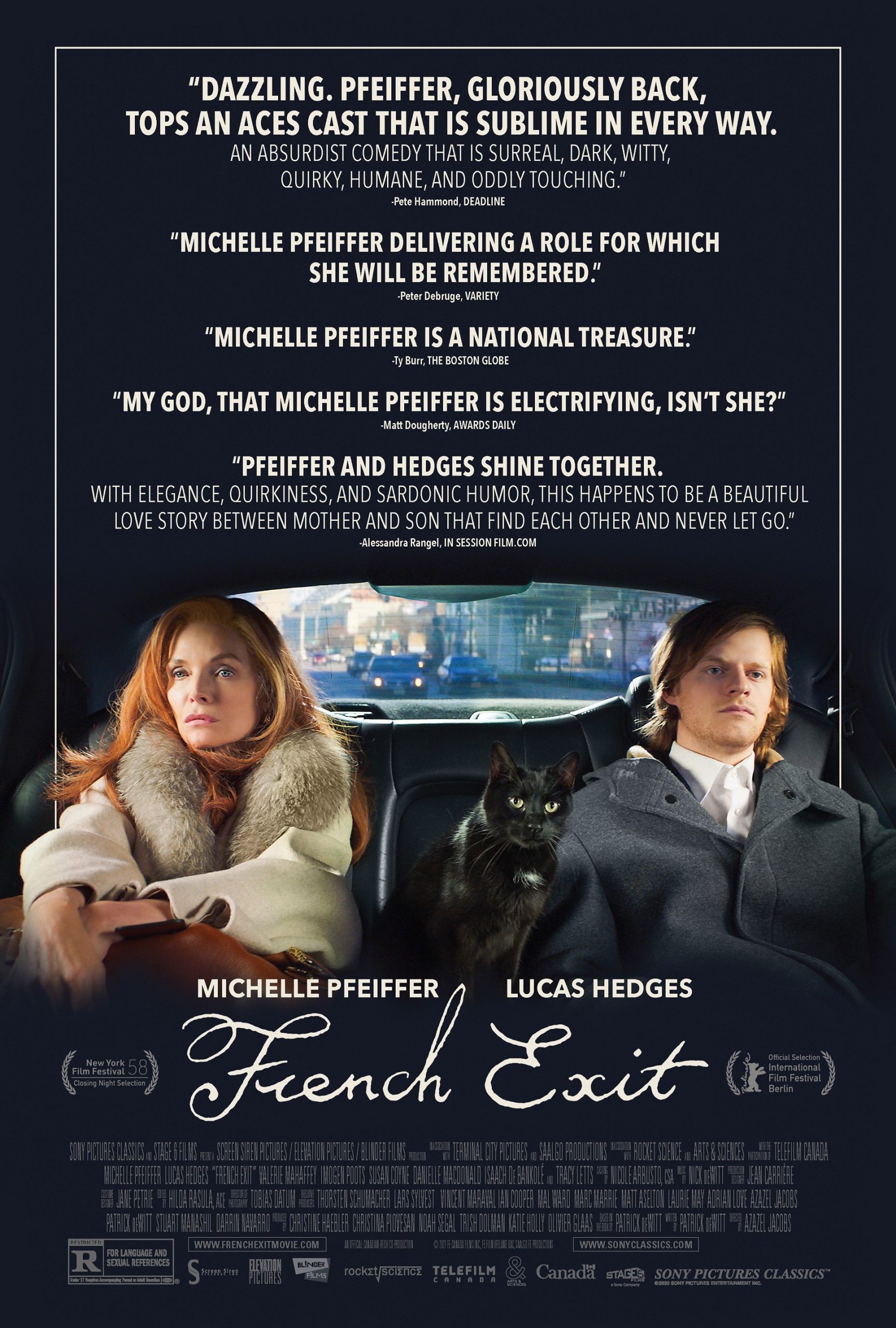 The Setup: An aging Manhattan socialite (Michelle Pfeiffer) living on what’s barely left of her inheritance moves to a small apartment in Paris with her son (Lucas Hedges) and a cat whom she believes to be inhabited by the soul of her late husband (Tracy Letts).

Review: I have no familiarity with Patrick deWitt’s novel he adapted as a screenplay, but director Azazel Jacobs has seemingly made a film he knew could focus on the talents of Pfeiffer as an older woman who uses her age and class as a reason to be hilariously cold to everyone except her son. While a talented ensemble eventually turns this film into a comedy of errors/chamber drama, much of the film is either focused on the struggles Hedges’ Malcolm has managing his romantic life or the effort Pfeiffer’s Frances puts into dealing with her grief and newfound lack of wealth to maintain a cushion of comfort. Is it entertaining? In a dry sort of way, sure. And there are undoubtedly many who can relate to an older woman who’s beyond keeping up appearances to please others. 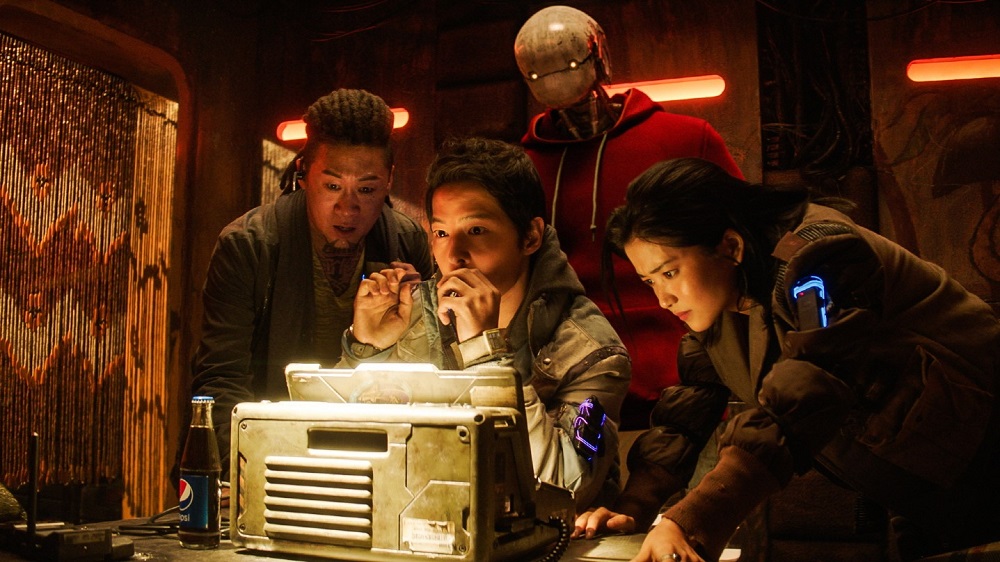 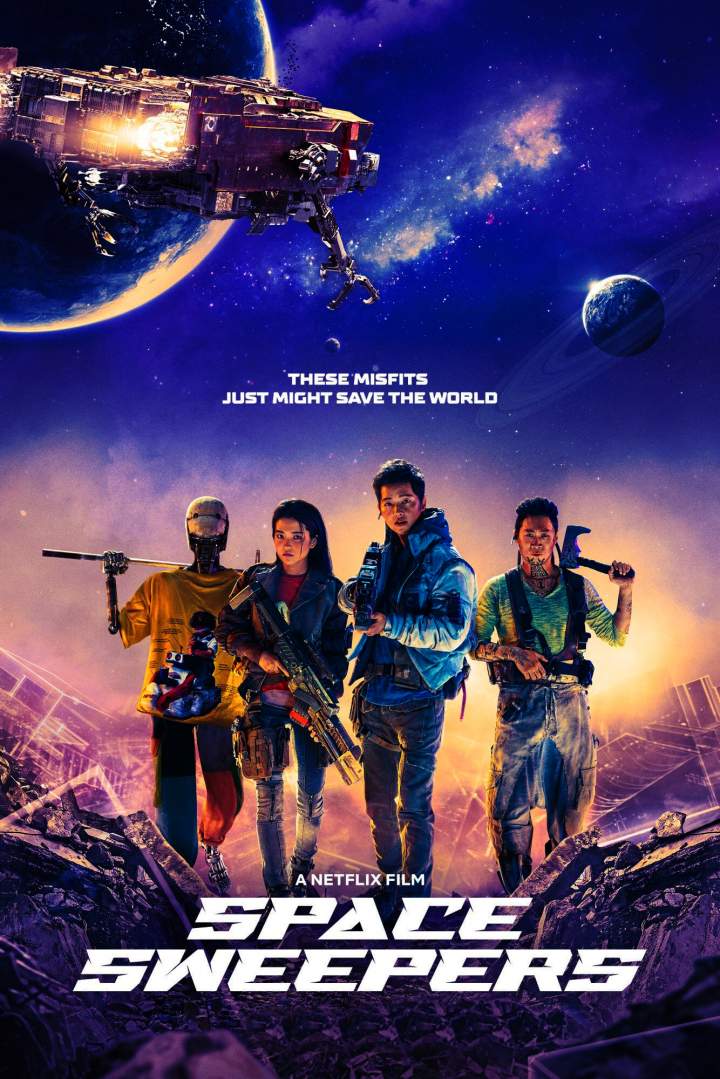 The Setup: After snatching a crashed space shuttle in the latest debris chase, Spaceship Victory’s crew of junk collectors find a 7-year-old girl inside. They realize she’s the humanlike robot wanted by UTS Space Guards and decide to demand ransom in exchange.

Review: Unless there’s more I’m unaware of, it’s great to see South Korea getting in on higher budget, wacky space adventure flicks. Working as a response to Guardians of the Galaxy (minus the tunes) and China’s Wandering Earth (minus the kitchen sink level of craziness), Space Sweepers is a joy of a film doing well to make a rag-tag crew of space junk collectors feel like the fun heroes they’re supposed to be. The plot is standard enough, but plenty is going on in the level of energy presented, the universe created, and the function of a little girl who’s actually a walking bomb, and a robot who’s an active participant in the space crew’s schemes. The visual effects are solid enough. It’s great seeing what sort of aesthetic is applied to an international film and what kind of innovations it can go for while still registering as something very worthwhile. 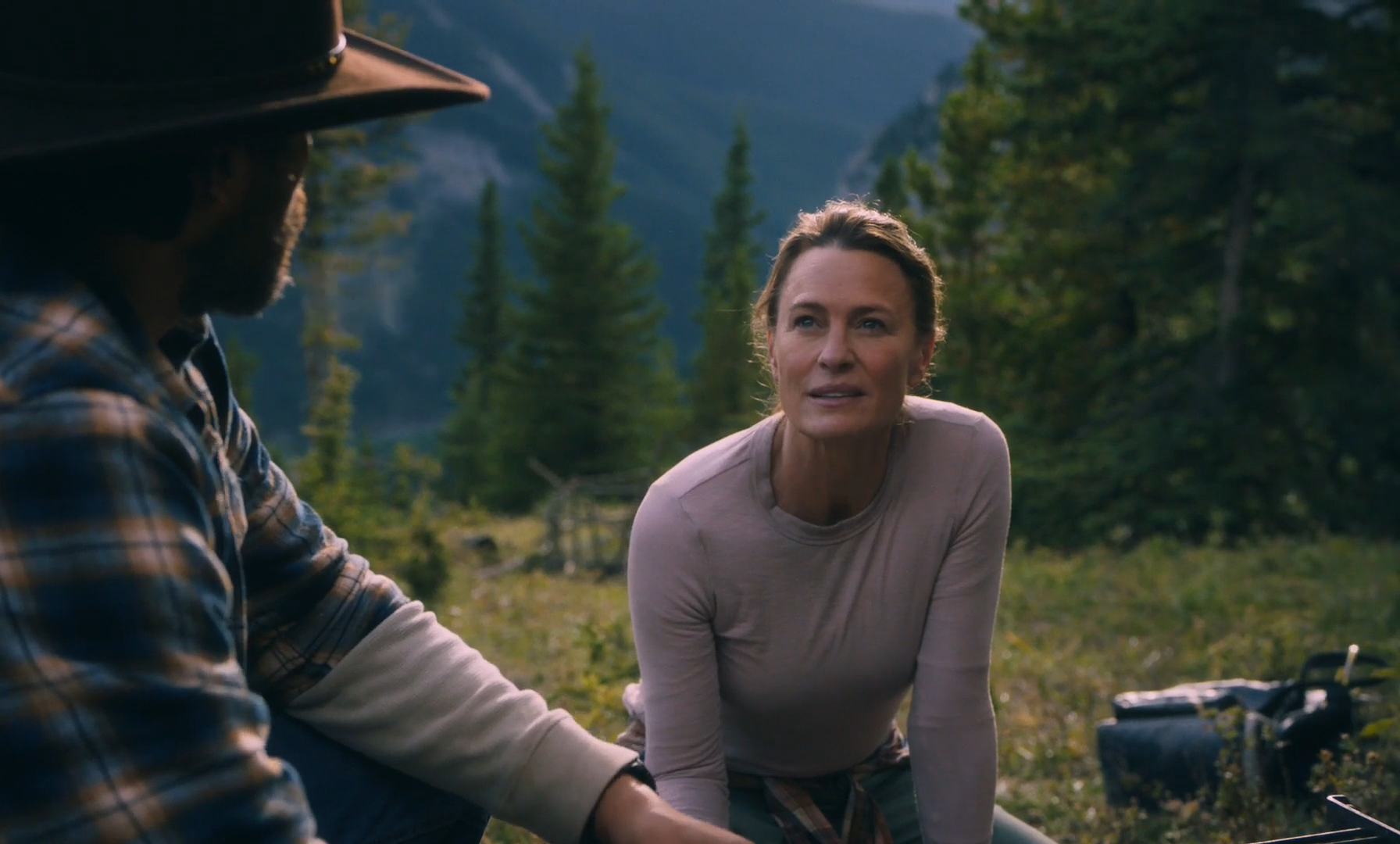 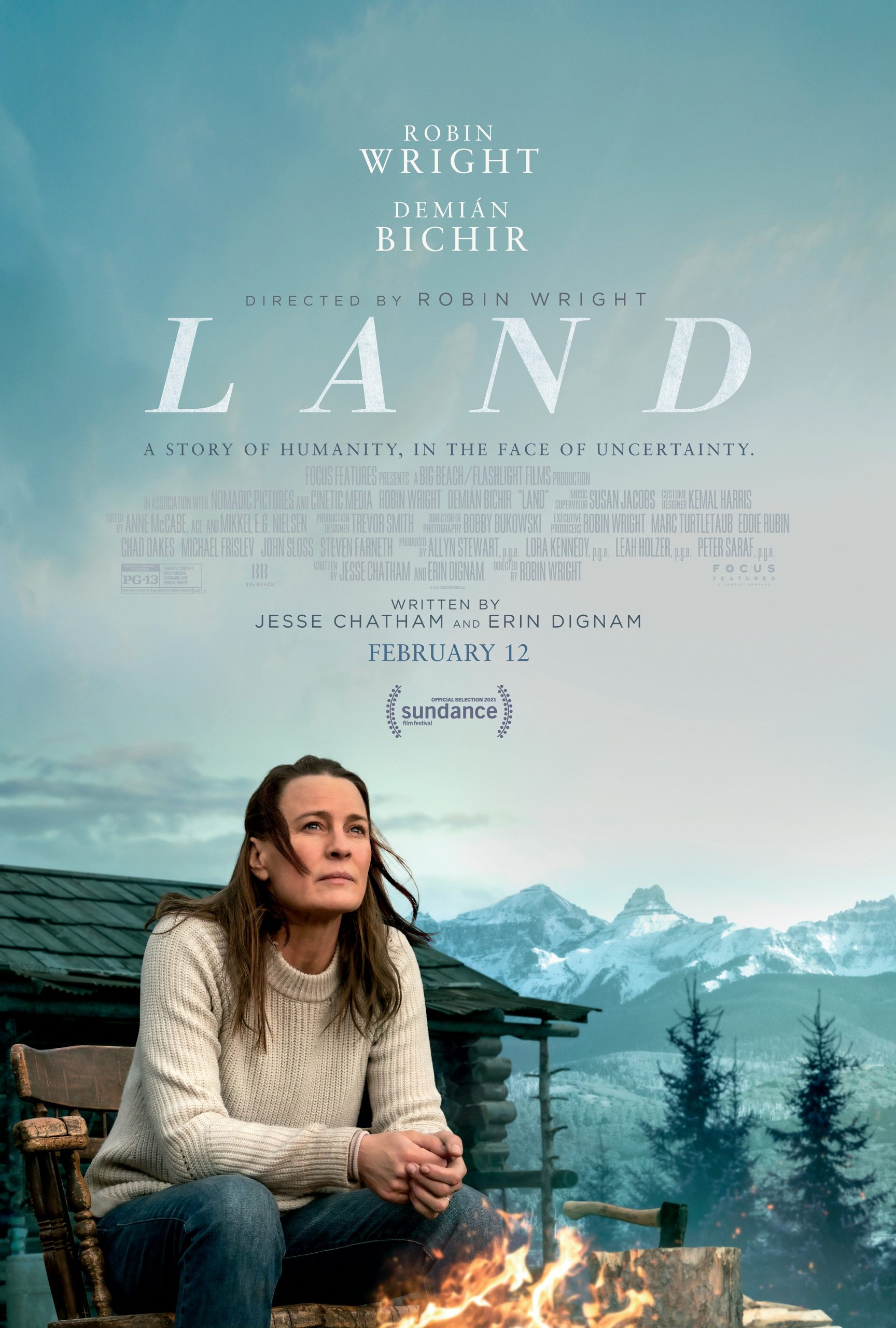 The Setup: A bereaved woman (director/star Robin Wright) searches for meaning in the vast and harsh American wilderness. She chooses to fend for herself while staying in a cabin in the Rockies, only to receive help from a local hunter (Demian Bichir), who helps to bring her back from the brink.

Review: As a directorial debut, Robin Wright shows she can make the Rocky Mountains look cinematic, while her character deals with personal struggles. With that in mind, I can’t say I walked away with anything else all that interesting to say about Land. Yes, Wright and Bichir are both quite good in the film, and while there’s a tragedy that is eventually explored, the plight of Wright’s Edee didn’t really capture much in me. Perhaps it’s due to the self-imposed isolation rather than an unexpected survival situation that held me back from embracing the drama more. Regardless, while there’s plenty of lovely land to see, the film is just sorta there. 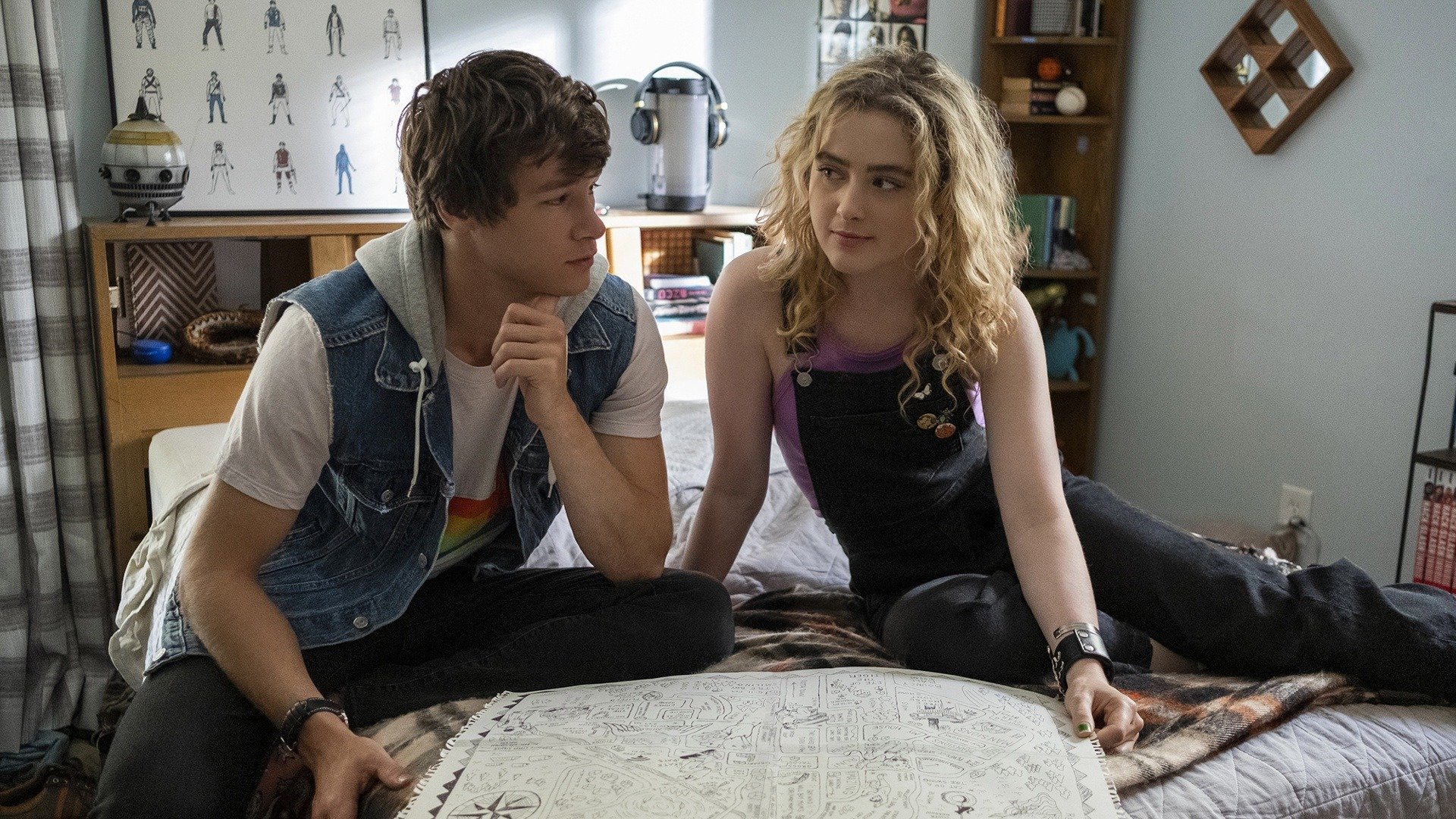 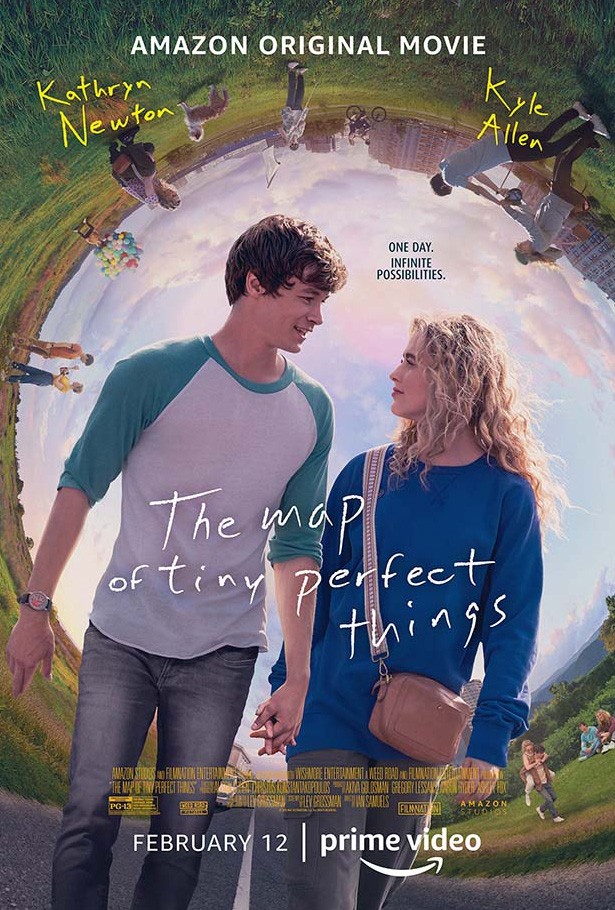 The Setup: Mark (Kyle Allen) believes he is living alone in an endless time loop, doing what he can to make the same day enjoyable in different ways, only to meet Margaret (Kathryn Newton), who turns out to also be stuck. The two form a bond, with a new struggle coming in the form of whether or not to invest in finding an escape.

Review: It almost feels like Newton got too impatient for horror director Christopher Landon to bring back her character in a Blumhouse crossover film, Freaky Death Day, and decided to do an entirely different time loop movie. Regardless, based on a YA novel, that’s largely what this film amounts to – what if a time loop, but with two high school-aged kids. At first, it’s hard not to think of 2020’s breakout comedy Palm Springs, but it’s not a deal-breaker. ‘Tiny Perfect Things’ manages to find a way to proceed down a different path concerning the nature of life, and it’s all the better for it. Plus, the film is often humorous enough while playing the romantic drama angle fairly well. At 139 minutes, the film is far too long, but it does the job decently enough for this sub-genre.

Where To Watch: Available to stream on Amazon Prime Video February 12, 2021. 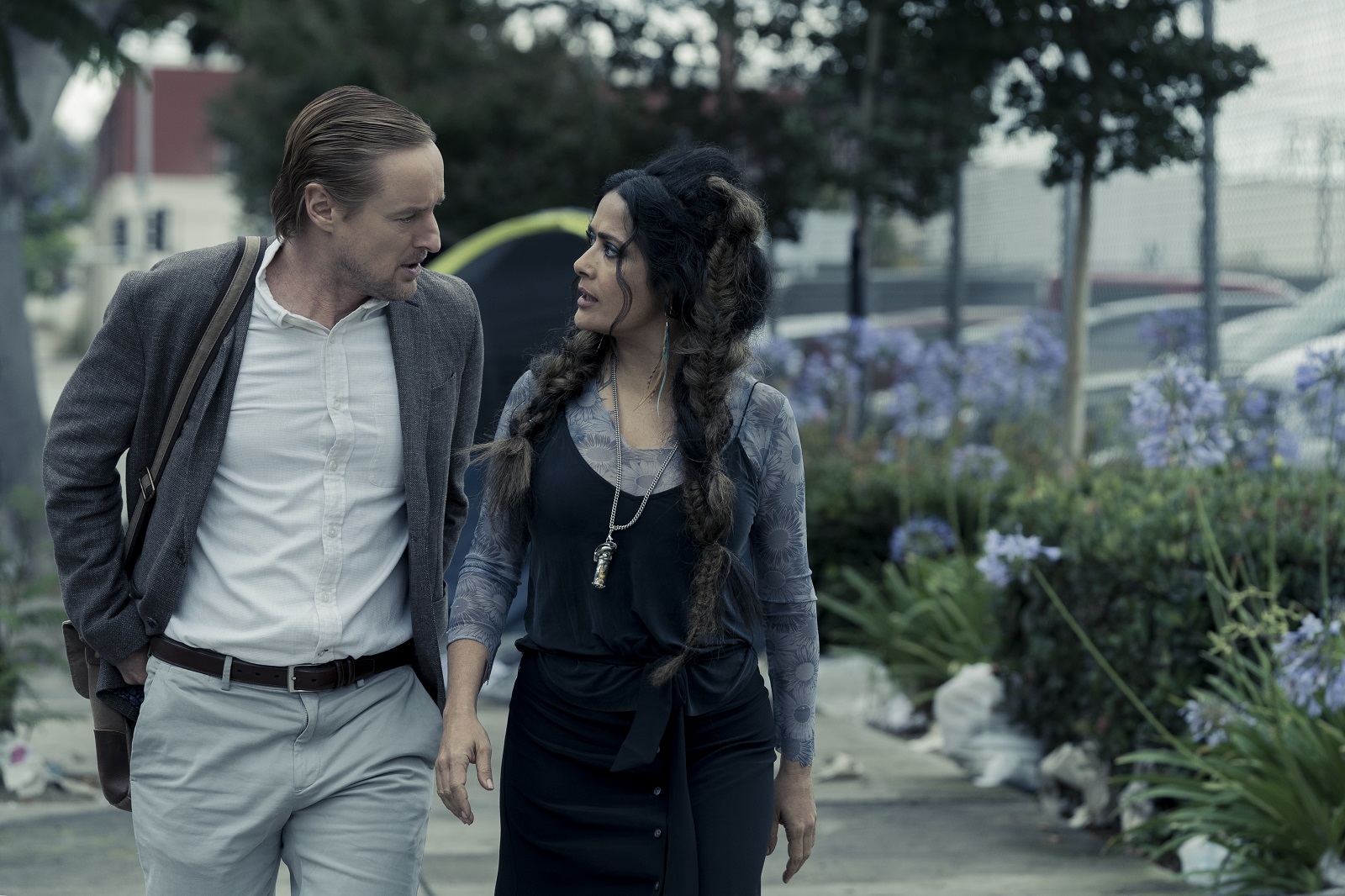 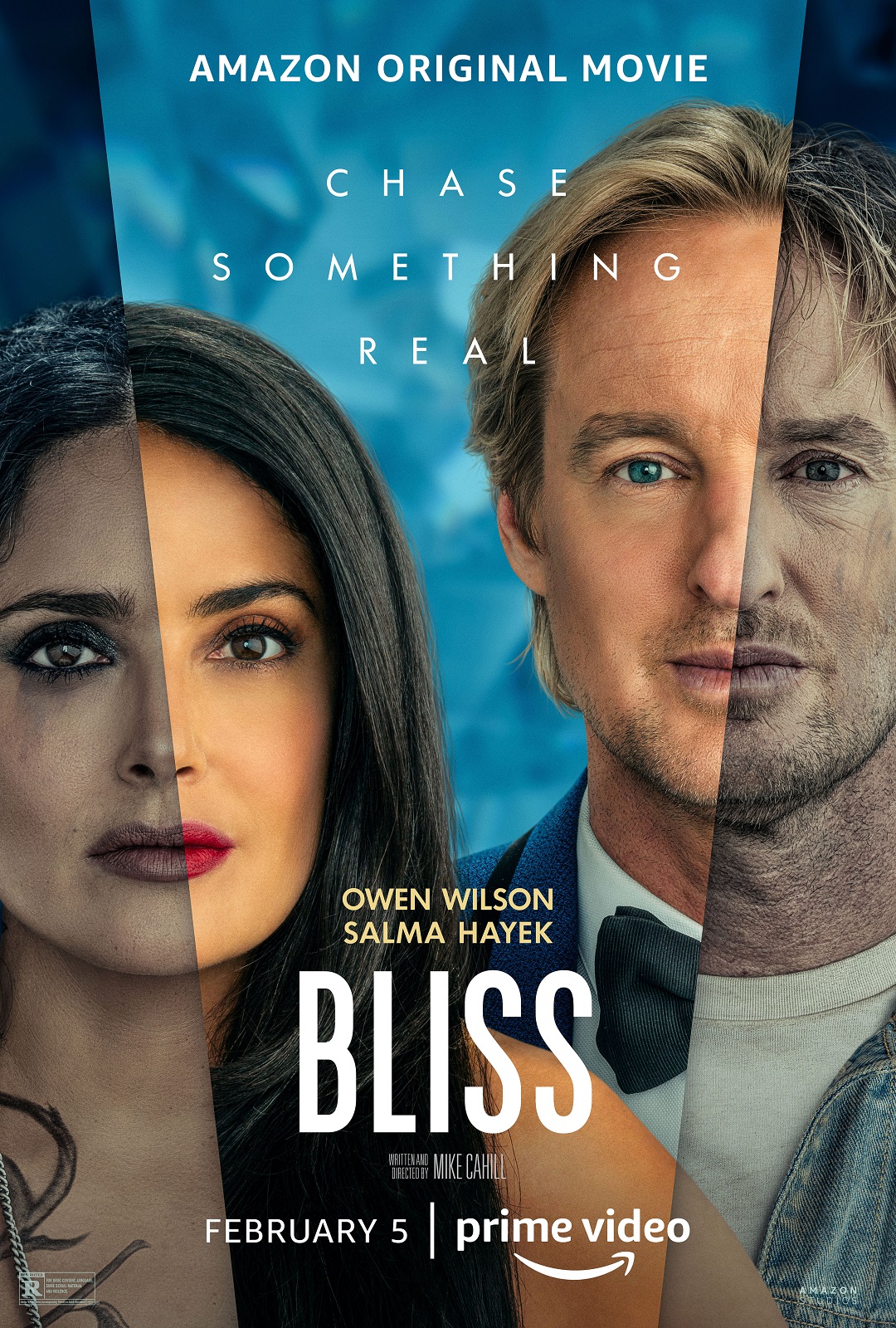 The Setup: Greg (Owen Wilson) is fired from his job and gets himself into trouble, only to meet the mysterious Isabel (Salma Hayek), a woman living on the streets and convinced that the polluted, broken world around them is a computer simulation. Greg soon learns she may be right.

Review: As I’m a big fan of director Mike Cahill’s debut film, Another Earth, I try to give him the benefit of the doubt when coming up with new projects featuring original science fiction stories. Bliss feels like a film full of potential. Yet, despite being able to explore ideas concerning reality and how one can lose themselves to technology, the film never really comes together. Credit goes to Wilson, who is absolutely delivering some of his most complicated work as an actor. Still, the cool ideas never give way to much beyond some conventional turns in a film that is seemingly attempting to be confusing. I can only imagine Cahill has everything well-thought-out, but the execution was hardly blissful.

Where To Watch: Now streaming on Amazon Prime Video. 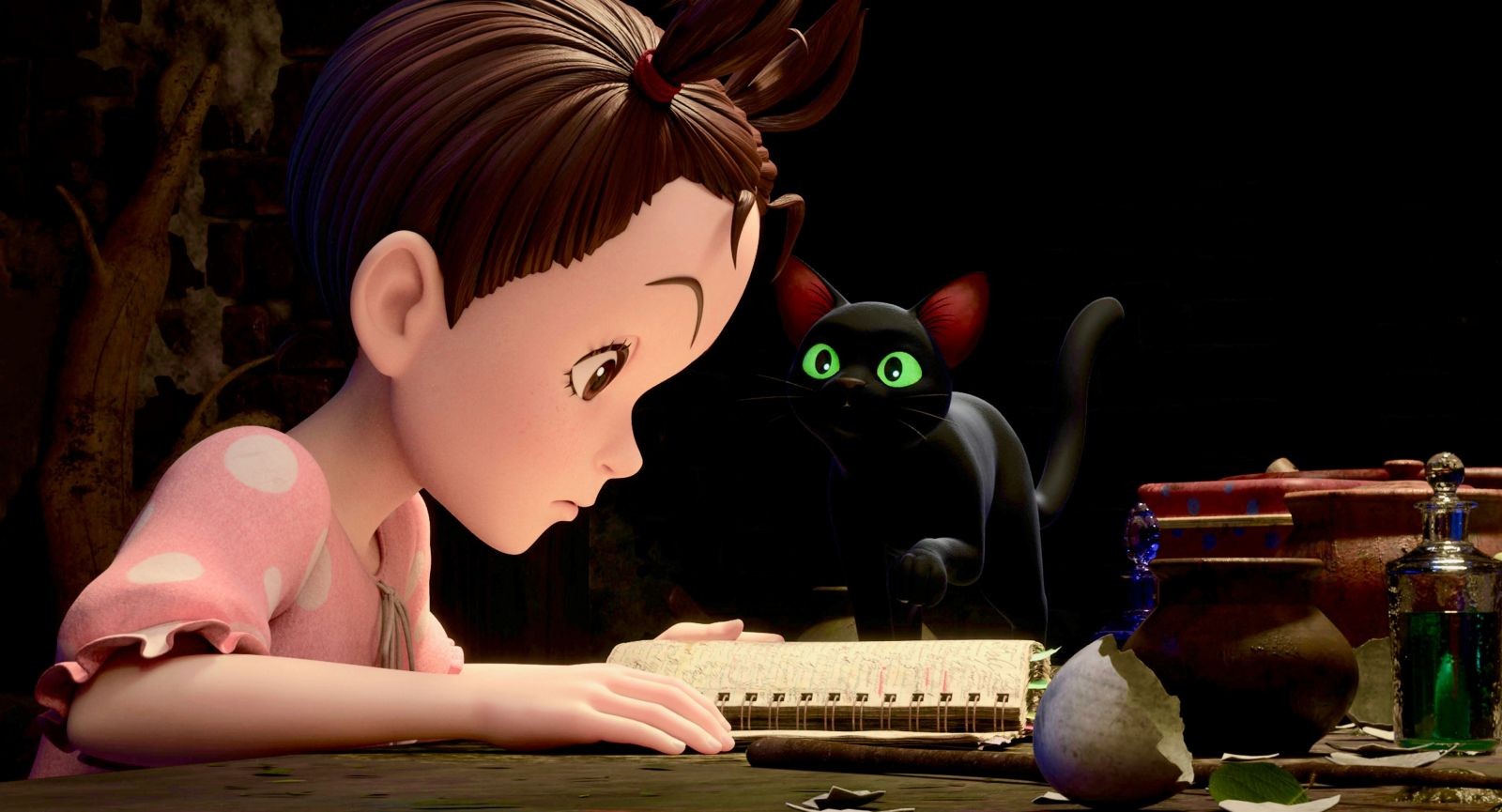 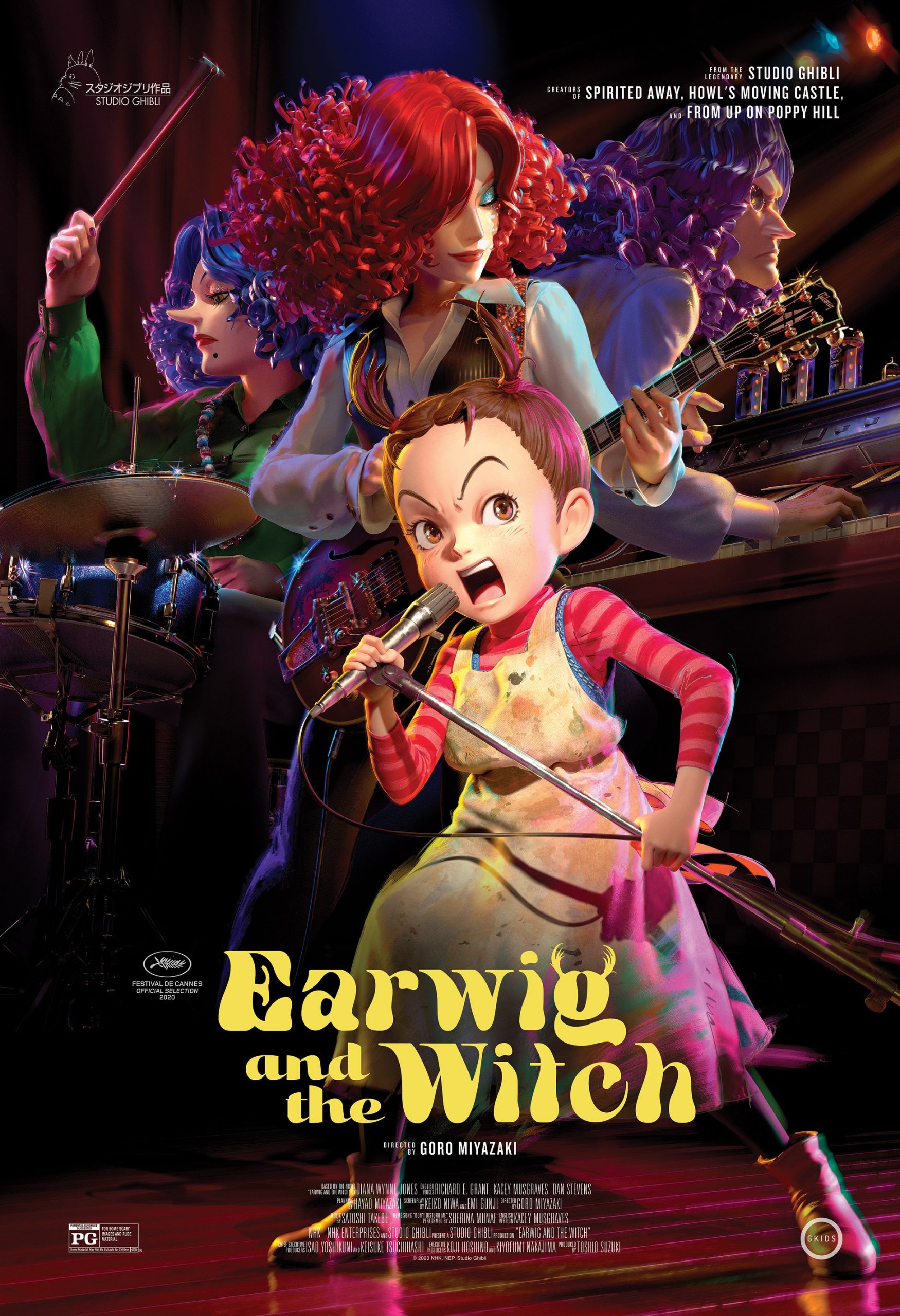 The Setup: Growing up in an orphanage in the British countryside, Earwig (Taylor Paige Henderson) has no idea that her mother had magical powers. Her life changes dramatically when a strange couple takes her in, and she is forced to live with a selfish witch. Earwig quickly discovers a world of spells, potions, and a mysterious song that may be the key to finding the family she has always wanted.

Review: There’s a pretty famous clip of acclaimed animator/filmmaker Hayao Miyazaki expressing strong feelings against CG-driven animation. While my feelings on CG animated films are a lot less harsh (more than enough have proven to be quite brilliant), it’s hard not to think about when looking at Studio Ghibli’s first full 3D CG animated feature. For a studio known for its incredible quality when it comes to animation and storytelling (among other assets), Earwig and the Witch is a near-total misfire. The story is not very interesting, and the animation falls entirely flat, looking like something plucked out of the 00s bargain bin. It’s quite a shame, and I can only hope Studio Ghibli takes a good look at what went wrong as they step up to deliver their next project (outside of an un-retired Miyazaki’s next project, which is sure to be fantastic).

Where To Watch: Now streaming on HBO Max. 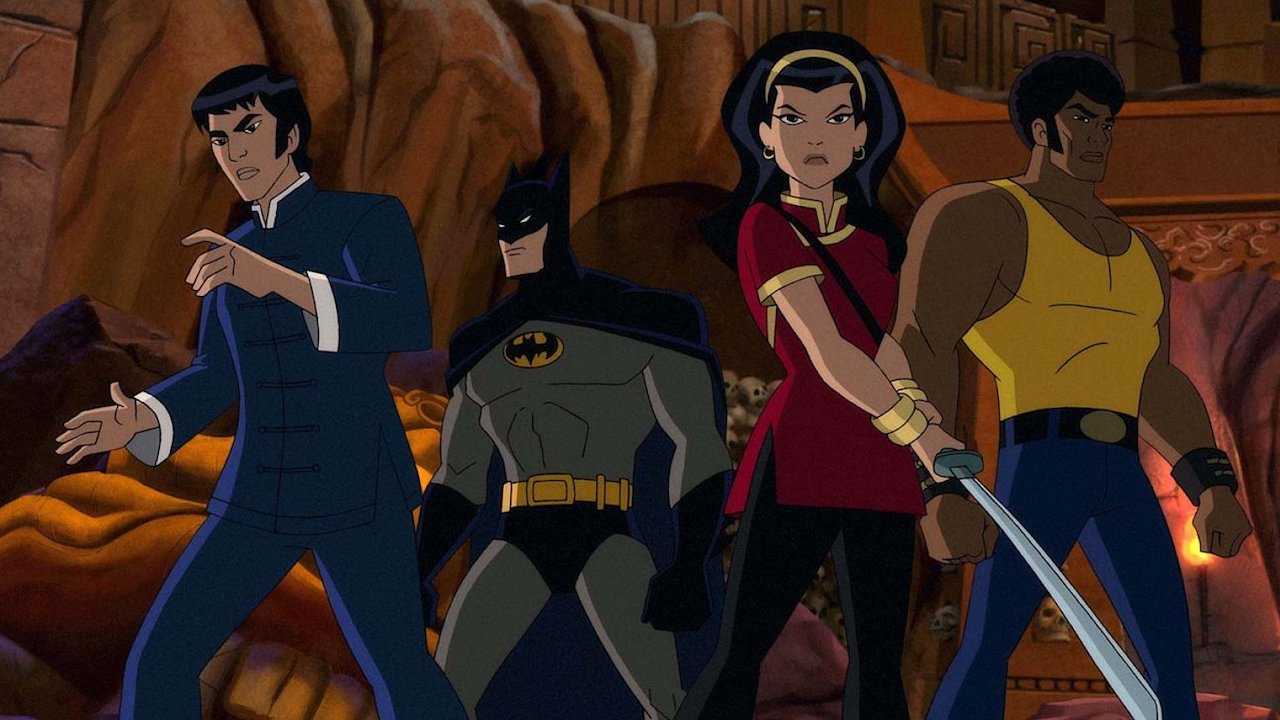 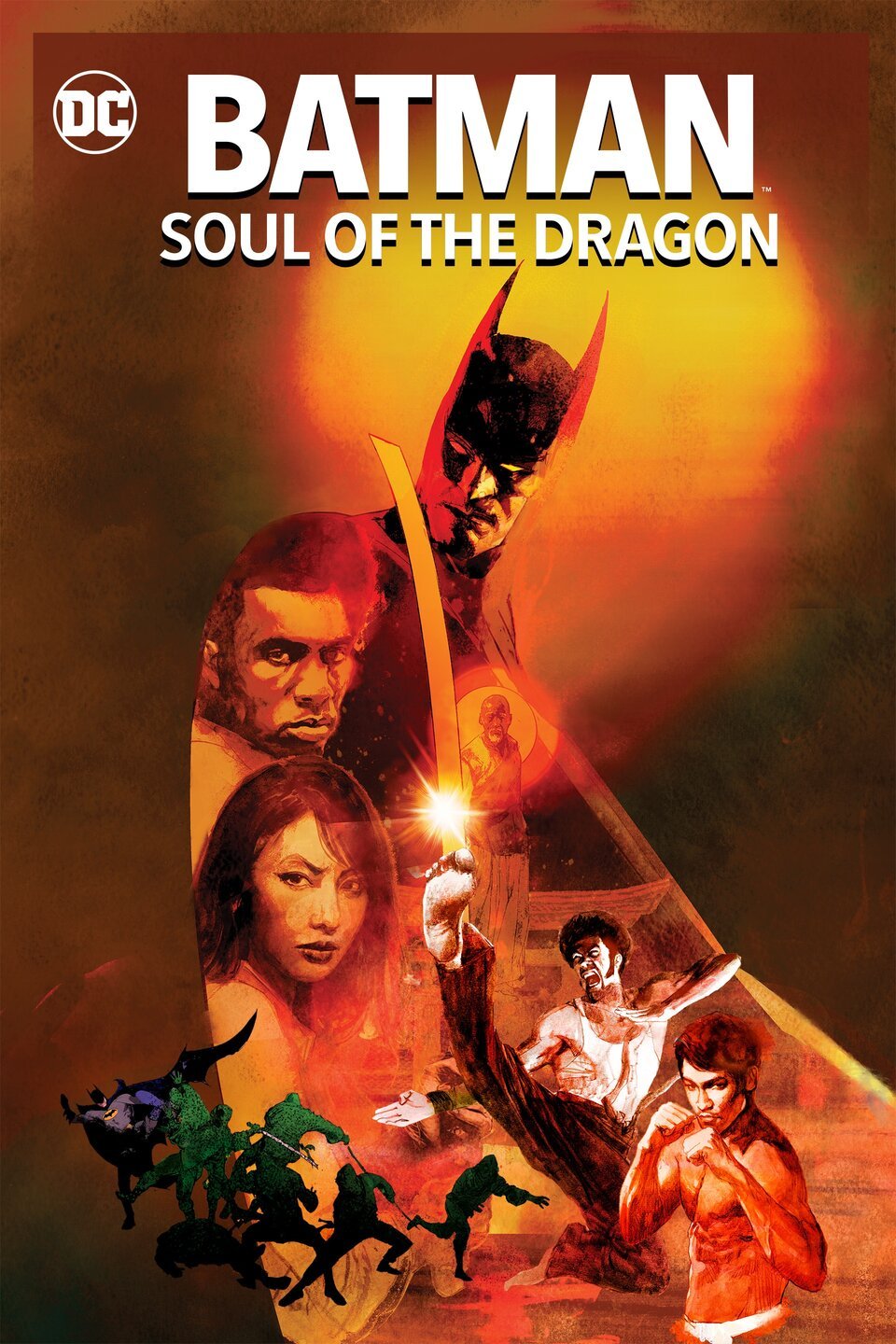 The Setup: Set in the 70s, this Elseworlds adventure explores Bruce Wayne’s (David Giuntoli) time spent training under a master sensei (James Hong), alongside Richard Dragon (Mark Dacascos), Ben Turner (Michael Jai White), and Lady Shiva (Kelly Hu). Their lifelong bonds are put to the test when a deadly menace arises from their past. It will take the combined efforts of Batman and these world-renowned martial artists to battle the monsters of this world and beyond.

Review: What an animated blast this was. I can be hit-or-miss on the DC animated films, which mostly comes down to my interest in the story being tackled, but a James Bond/Bruce Lee-inspired Batman movie? Yes, I was likely going to be into that, and yes, it delivered. This was the most entertaining DCU film I’ve watched since Batman Ninja, and I’m sure it’s going to play quite well on repeat too. The choice to minimize the amount of Batman and instead focus on Bruce Wayne, Richard Dragon, Ben Turner, and Lady Shiva all made for a slick, ensemble action film, with a good amount of character thrown in as well. Plus, you have crazy monsters, kung-fu fights, and more. It’s a fun ride.

Where To Watch: Now available on Digital, VOD, and for purchase on home media. 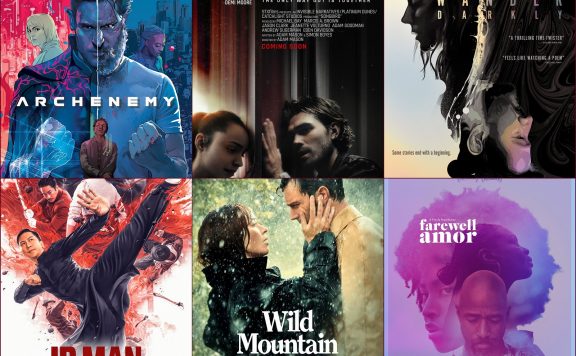 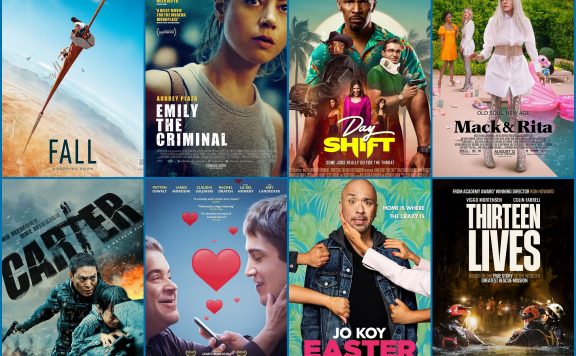 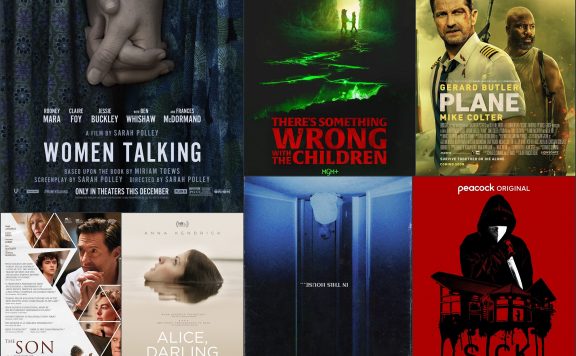 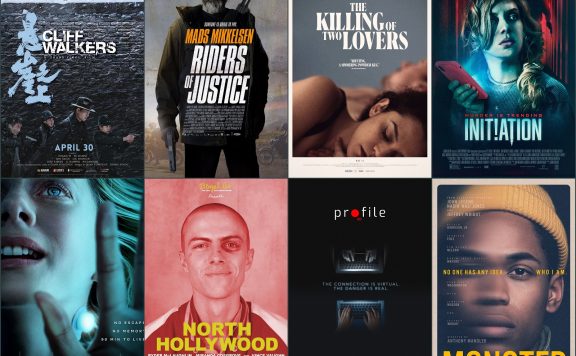 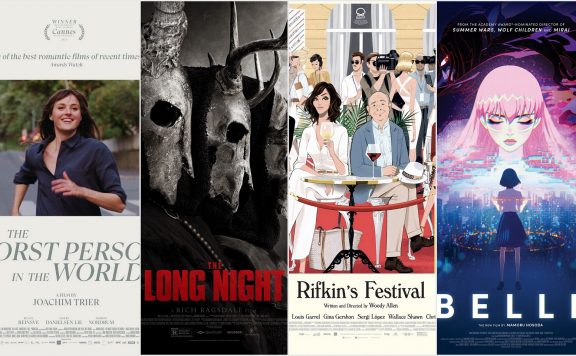 In-House Reviews: The Worst Person In The World, Rifkin’s Festival, and More!
February 3, 2022 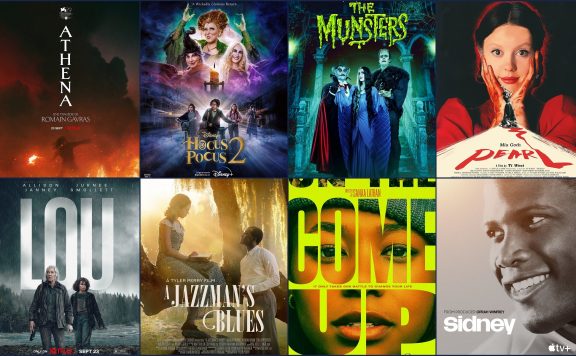