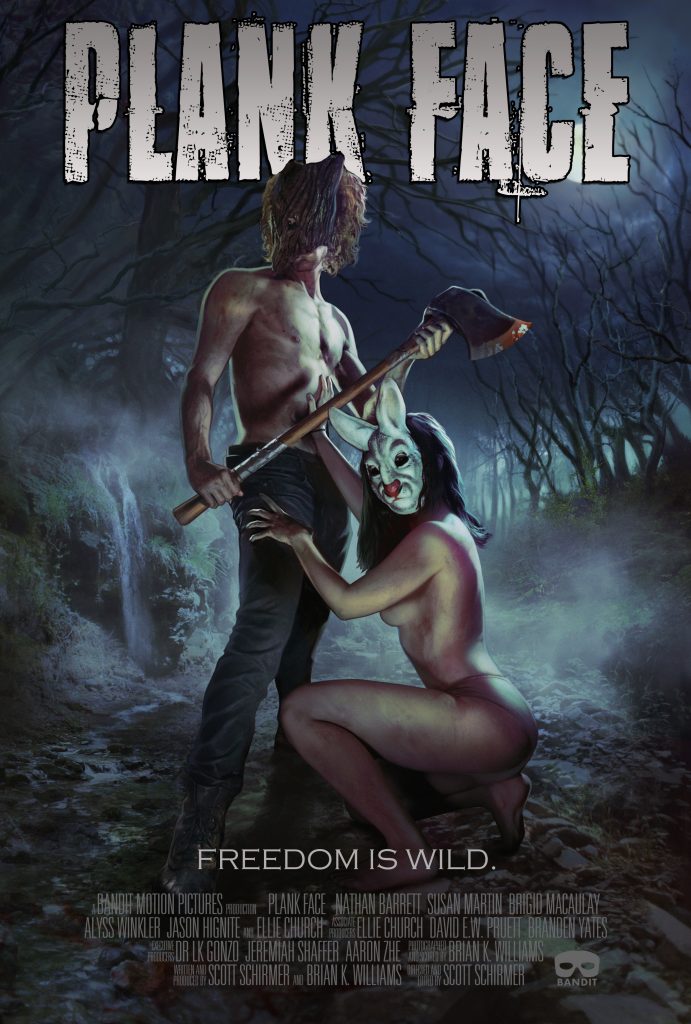 Just when you thought you had seen it all in the way of backwoods horror, along comes a film that makes you realize there are still new stories to tell. In Plank Face, Max goes camping in the deep woods with his girlfriend and is kidnaped by a feral family. This family is determined to change Max, both physically and mentally, into one of their own. We watch as he struggles to keep his sanity and life as he tries to get out of the situation.

Many indie horror filmmakers seem to try and make the most shocking films possible, usually sacrificing an interesting narrative and production quality in the process.  Director Scott Schirmer (FOUND, HARVEST LAKE) and Brian Williams  (HARVEST LAKE, TIME TO KILL) have written a script that is brutal, shocking and occasionally downright disgusting. At the same time, they present a fascinating tale that you cannot turn away from. The film opens with the feeling of a standard backwoods horror, but then we meet the “family”.  This family is made up of three women, something that you do not always see in this type of horror. I will say their methods of converting Max range from conventional torture to sexually disturbing acts of violation.  If you have seen Harvest Lake then you know Williams and Schirmer are not afraid to include a large amount of nudity and sex. Plank Face has these signature elements in it but adds the extra factor of horror and torture. What I find interesting about the film is that underneath the horror is a man trying to hold on to his sanity by thinking of how he is going to get back to his girlfriend, and a family who, in a dark and twisted way, love each other but also want more.

What also caught my attention was the sparseness of dialog in the film, especially after Max is kidnapped by the family. The family does not speak in a normal language and the audience may not understand the words. Susan Martin, Brigid Macaulay, and newcomer Alyss Winkler do an excellent job in conveying their emotions and character personalities through physical movements and expression.  Max, played by Nathan Barrett, gives a very strong performance and you can feel his struggle throughout the film. Ellie Church also plays a supporting role in this film and makes the most of her screen time. All of the on-screen talent had challenging scenes and were able to put in top notch performances.

As with Harvest Lake, Brian Williams’ cinematography beautifully captures the woods and family cabin in which the story takes place.The soundtrack has a unique sound that is very fitting for the film. It helps add to the already high level of uneasiness the audience is feeling.  Plank Face has a Hollywood production quality with a gritty independent spirit. Some filmmakers are afraid to push the envelope because they think it will hurt their chances in getting distribution. Scott Schirmer not only pushes that envelope but he shreds it, burns it, and pisses on the ashes. He tells a story the way he wants to tell it, regardless of how disturbing that may be to the viewing audience. Plank Face is not meant for everyone, but if you have enjoyed Schirmer’s previous films or if you are looking for a shocking film that also has a solid story to it, then this one’s for you, sicko. 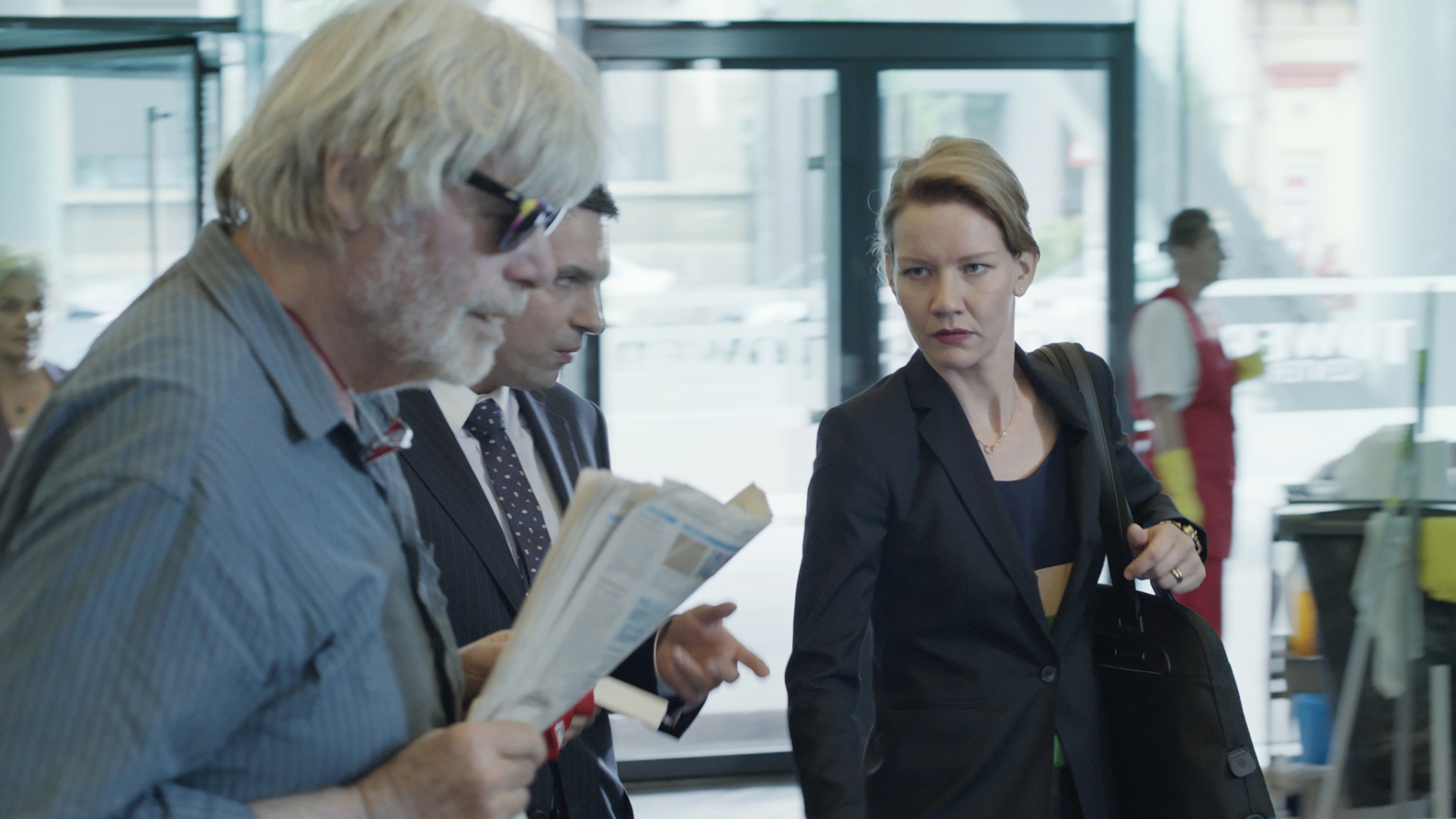 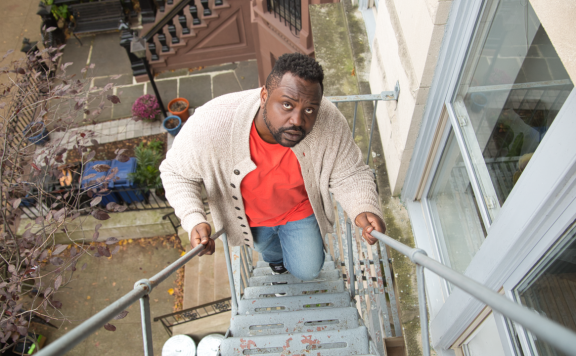 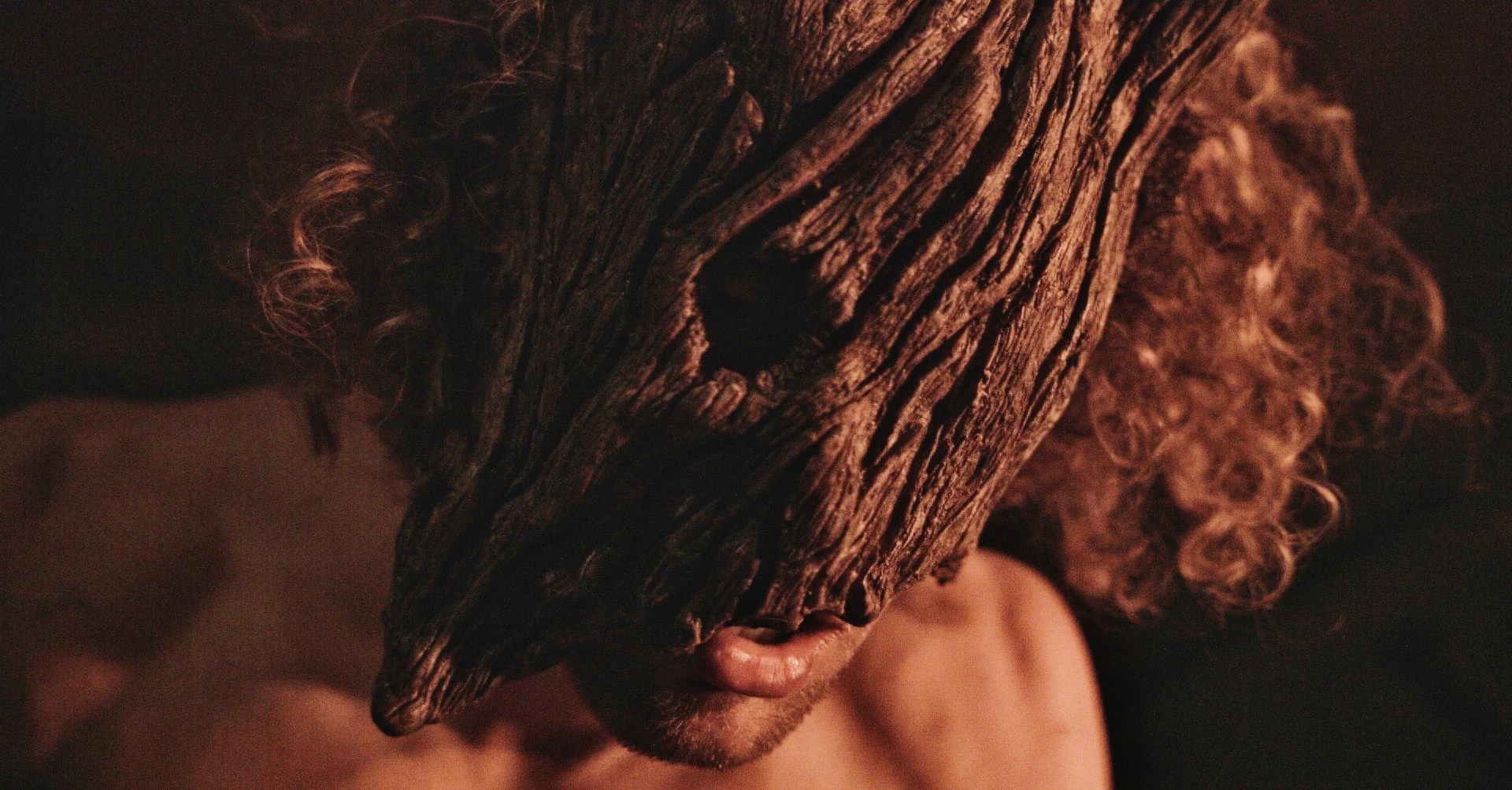 Just when you thought you had seen it all in the way of backwoods horror, along comes a film that makes you realize there are still new stories to tell. In Plank Face, Max goes camping in the deep woods with his girlfriend and is kidnap...
0
Average User Rating
0 votes
Please sign in to rate.