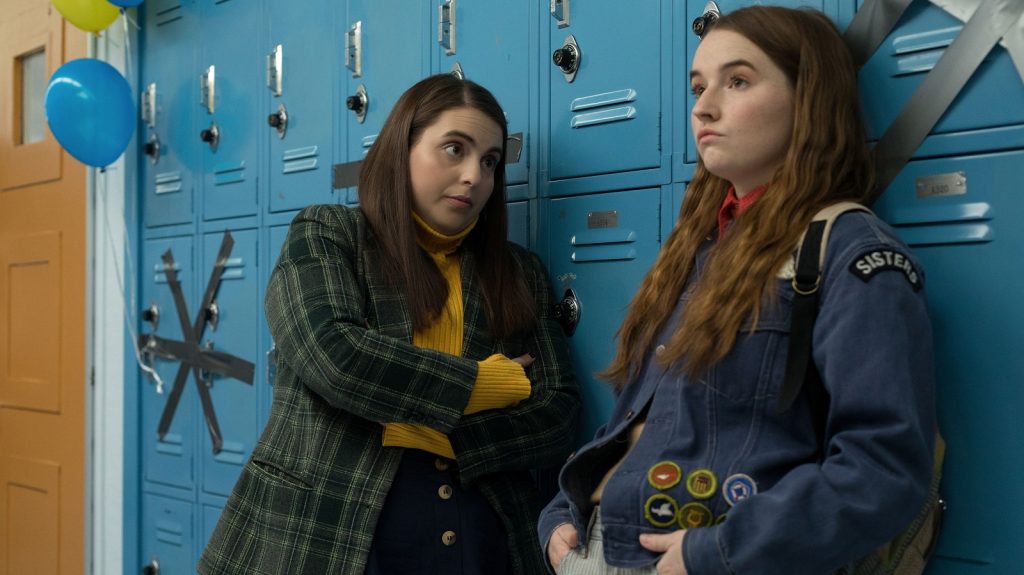 It’s nice to get a coming-of-age comedy that stands out. I’m not sure if there’s a constant search for a new favorite high school movie for each generation, but Booksmart could comfortably sit on the same tier as Lady Bird and The Edge of Seventeen. This directorial debut from Olivia Wilde has the right combination of things to stand strong among the many films like it. Booksmart is funny, fast-paced, well-made, full of heart, and an excellent place to find solid performances, as well as breakout stars. It will work well for the high school crowd it relates to, and anyone looking for R-rated laughs.

The story has a surprisingly fresh spin on the usual idea of friends about to take the next step to college. Beanie Feldstein and Kaitlyn Dever star as Molly and Amy, best friends since childhood and smart women who have worked hard to be at the top of their class. By avoiding the possible pitfalls of a more active social life, they feel they’ve gotten where they need to be, compared to their hard-partying peers. But what if the nerds weren’t the only nerds?

I can appreciate a quick setup for this kind of film, as Booksmart quickly establishes the friendship between Molly and Amy as the most important thing about this movie. Understanding that dynamic at least means getting to have fun with these characters. Still, Between the supporting adult cast that includes Jason Sudeikis, Jessica Williams, Lisa Kudrow, and Will Forte, and the young actors that play the various high school students, there’s a lot to fill out the world of this film effectively and quite humorously. It’s also what makes this early reveal in the story so clever. 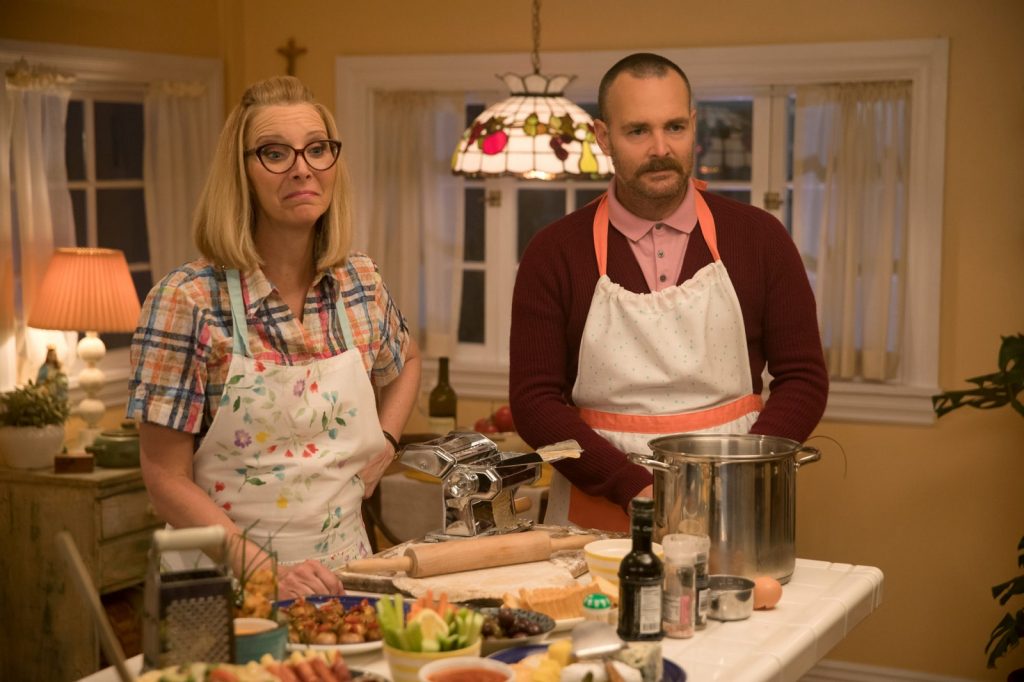 As it turns out, Molly and Amy’s fellow seniors have also all done well in school. With high test scores leading down the path to various ivy league schools and other promising opportunities, it seems as though partying wasn’t really a problem. Now it’s the last night before graduation, and the two best friends decide they’re finally going to party hard before their high school years have ended.

This is a great twist in the usual dynamic of rowdy kids having an impactful night, with the main characters going through the familiar obstacles of trying to get to the big party, having a minor falling out, and everything still working out in the end. Whether or not these things even happen in the film, establishing characters as ones who can be wacky caricatures of the different kinds of high school kids you see in movies (and reality) as well as smart people takes the film to a new level. It’s subversive in a good way, yet still manages to have all the fun you get in a movie like Superbad.

That choice also allows the film’s heartfulness to register better. In addition to seeing Molly and Amy address specific issues they have with each other, it’s easy to believe in how the other characters act, as enough is established early on to have you believe in certain sincerities. With the lack of some typical bully-type character, there’s a better story to tell, as you see people do ridiculous things as well as speak their mind in an authentic and generally well-meaning way. It shows good instincts from writers Katie Silberman, Susanna Fogel, Emily Halpern, and Sarah Haskins.

Even the notion of who Molly and Amy are is played well. Rather than attempt to balance important issues with the comedy and moderate drama (it is about high school, so the stakes are relatively low, despite how teens tend to act), there’s an appropriate level of respect given to the concept of identity. That Amy has been out for two years matters to no one, as the film has more interest in dealing with the awkwardness any teenager has in showing affection for others. At the same time, Molly is faced with understanding what kinds of things are important, and the toll having a level of pretension can take on a personality.

The work done by both actresses is commendable, given their rise to this point in their careers. Feldstein has popped up in similar films (Neighbors 2, Lady Bird) in supporting roles, only to have a better chance to shine as a co-lead. Dever, similarly, has a list of supporting roles in comedic and serious films, mostly involving teens, let alone plenty of television credits, but now gets the chance to put that experience into something more notable. They make a good team, but they have plenty of help from the actors around them and Wilde’s choices as a director. 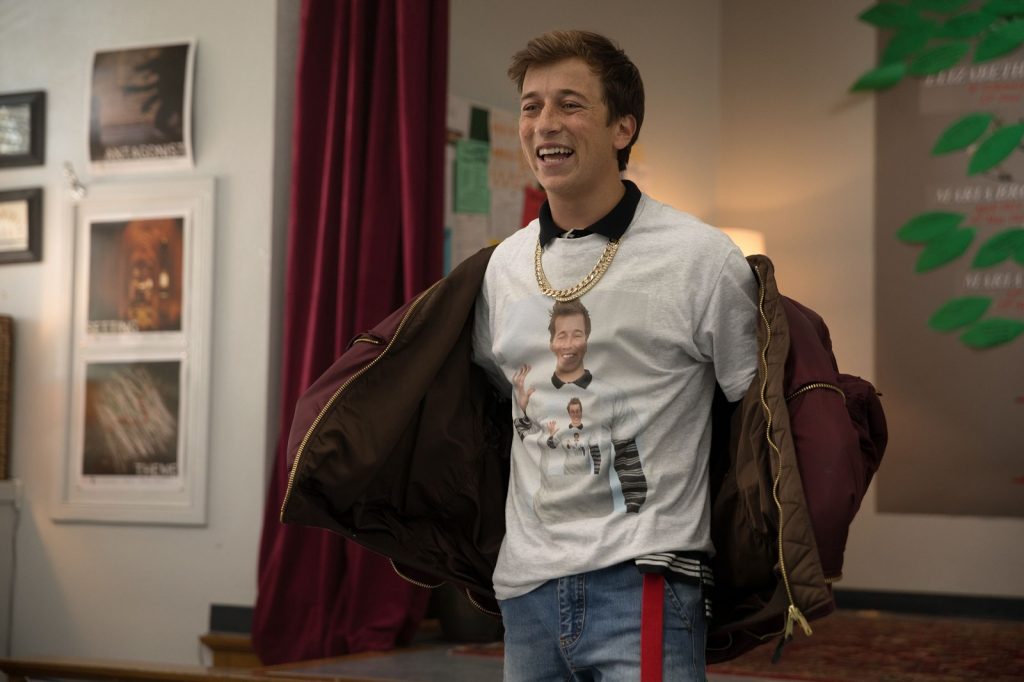 Among the supporting cast, which features Noah Galvin as an over-the-top drama kid, Billie Lourd as crazed rich kid Gigi who inexplicably pops up everywhere, and other similarly silly cast members, Skyler Gisondo may stand out most as Jared. A rich kid whose parents have clearly taught him that buying everyone’s affection is the easiest way to success, Jared has plenty of shades that could fill a movie of its own, and Gisondo deserves plenty of credit for making it work, instead of feeling insufferable. There are similar things to say about the adult cast, but given the names I mentioned earlier, you can just assume they do the job in keeping the comedy flowing (that said, Will Forte presenting the names of food items he made is a real joy that must be noted).

With assured filmmaking centered on a relatable story about friendship and the stress of moving forward in one’s life, it’s impressive how laugh-a-minute Booksmart is. By the time some of the more meaningful moments hit, they feel earned, but it also doesn’t keep the film from continuing to deliver on being a comedy first and foremost. The movie hits the ground running and lets two smart teens break the rules for a night, allowing the audience to have plenty of fun watching the results. This all makes for a great high school comedy that easily sits aside some of the best the genre can offer. 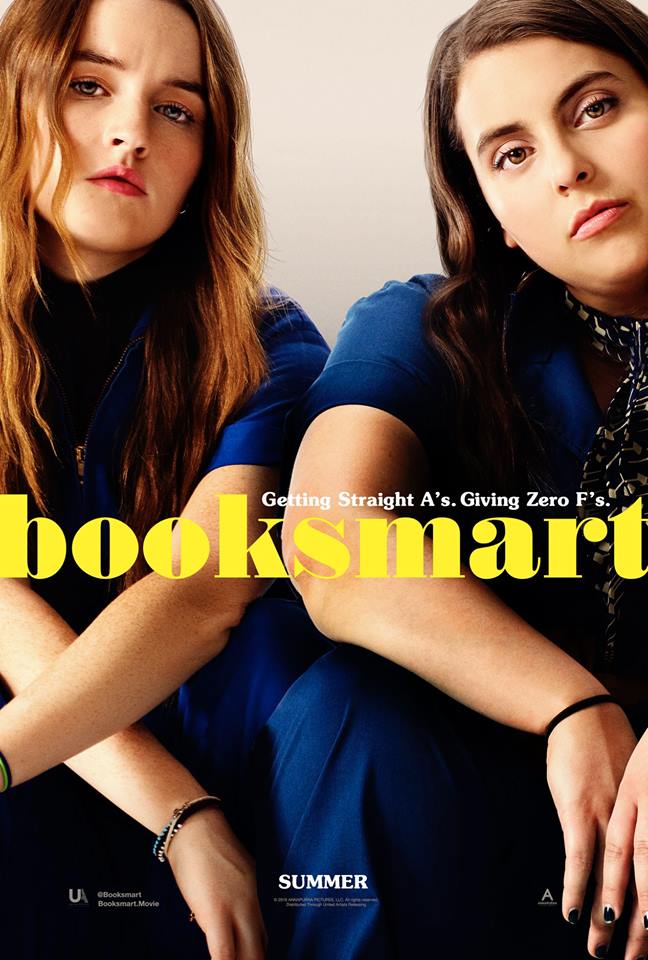