Joe Foster (Lucas Neff) is an unemployed slacker stoner living off his rich girlfriend Lindsey (Caitlin Stasey). He loves horror and he sees right through the gimmicky jump scares of a tacky horror restaurant. He even plays party games referencing movies with visiting friends Ben (Chris Marquette) and Ashleigh (Stephanie Drake). Fear, Inc. promises the ultimate custom horror experience. It’s basically The Game for horror and Fear, Inc. knows it because they say it’s like the Fincher movie. So when Joe orders a Fear, Inc. experience, he enjoys it at first despite his friends’ protesting this is not safe.

I can relate to Joe in that I would approach a Fear, Inc. experience the same way. I go to horror mazes and haunts and I appreciate the craftsmanship put into them, not really to be scared. I mean, even if I had the money for Fear, Inc. I wouldn’t pay people to scare me. I’m trying to reduce the fear in my real life, but maybe that’s why I’m a workaholic writer, not a freeloader dulled to all but the most dangerous thrills.

Even though Joe doesn’t necessarily deserve the Fear, Inc. experience of his dreams (more likely he needs to be scared straight), he is an endearing character. If Randy was a genius film nerd (and that’s debatable – I’ve seen great essays about how Randy was wrong), Joe is a horror idiot. He knows all the references but he only knows them superficially enough to get himself into deeper trouble. It is kind of funny when his friends are running for safety and Joe is enabling the Fear, Inc. experience to continue because this is the best night of his life.

The film is in on its own joke enough for us to go with the goofy hijinks. The kills are all based on other movies, many of which were referenced in Scream. While Scream settled for showing its characters watching Halloween, Fear, Inc is actually referencing the movies that the movie that referenced the movies references and recreating those classic scenes.

At a certain point, there could be too many references. I mean, if you have to point out what movie you’re referencing, does the reference still work? To a degree, I understand most audiences aren’t as intimate with the source material as I am and as the filmmakers clearly are. Even Scream had to remind viewers about Friday the 13th. Some of them are misdirects too. Like you think if you know the movie they’re doing, you know how it’s going to turn out, but do you?

Some of the references are super obscure real world references like Christopher Walken and Natalie Wood or David Hasselhoff’s hamburger. I guess Hasselhoff’s burger was on video so it counts as a movie reference, and it should be remembered for posterity by film students who study Fear, Inc. years from now. 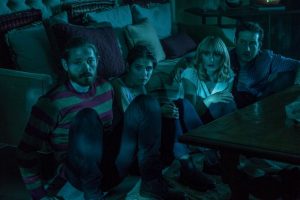 Fear, Inc looks like a professional movie. Widescreen frames are composed with all the actors in locked off shots and well lit. Even when some of the intense scenes go handheld, they keep it steady. The cast does a great job playing up the hysteria of being part of such a messed up game, and the Fear, Inc. employees are great stalkers. Ronny Gene Blevins shows up creepy as hell for a good scare.

I would definitely like to see Fear, Inc. become a franchise. What would the experience be for a different type of horror fan? Or it wouldn’t always have to be a movie reference. It could be an anthological TV series if they want to, but certainly as a premise that could support a brand new cast in each sequel, Franchise Fred would approve. 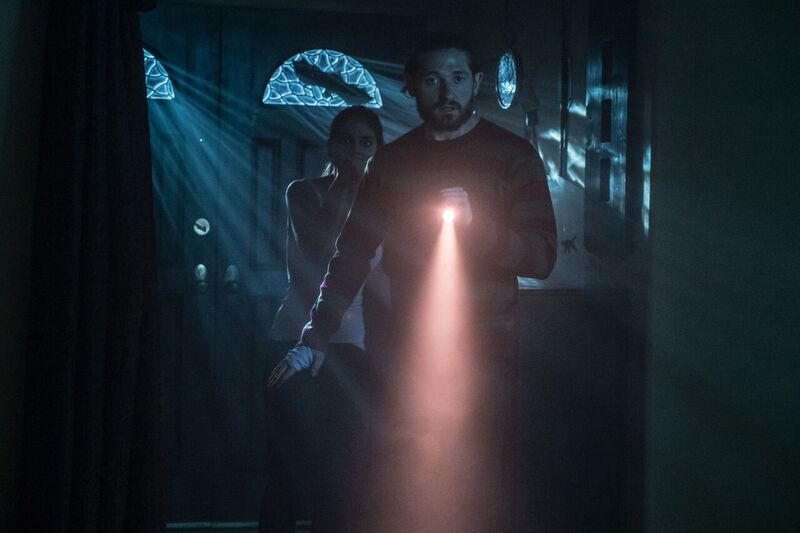 Scream wasn’t quite the first, but it was the movie to popularize the self-referential horror movement of the ‘90s. Then we got horror movies that took self-referential one level deeper like Detention or The Cabin in the Woods. Perhaps The ...
0
Average User Rating
0 votes
Please sign in to rate.