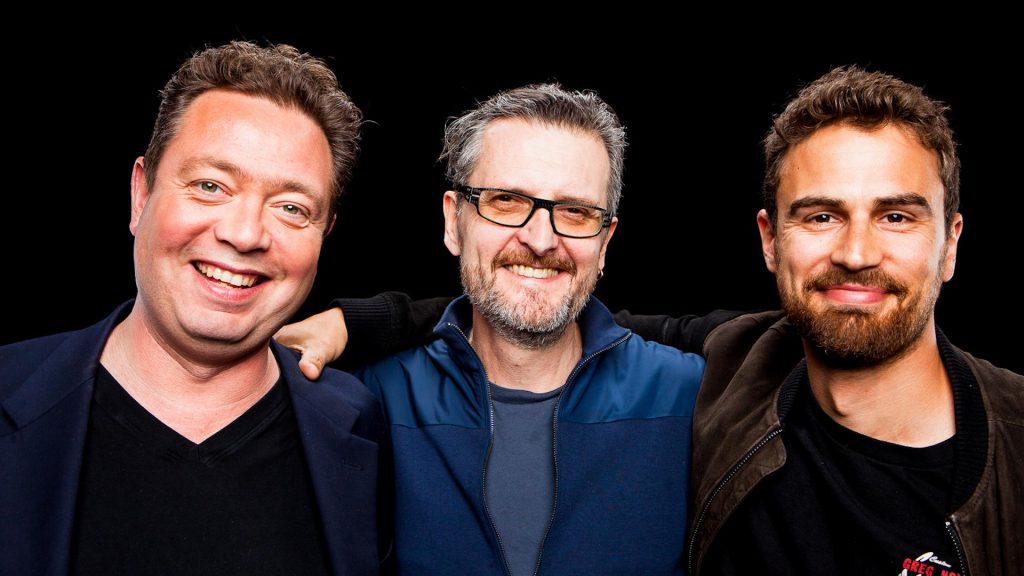 Prolific Danish director Per Fly makes his US feature film debut with Backstabbing for Beginners – and it’s a subject matter he felt very strongly about.

Based on the book Backstabbing for Beginners: My Crash Course in International Diplomacy by Michael Soussan, the political thriller tells a true story about corruption in the United Nations and the idealistic junior diplomat who blew it wide open. The story centers on Michael (played by Theo James), who begins working for the Oil-for-Food Programme, which was set up to supply the war-torn country with much need food, medicine, and other supplies after the first Gulf War. Soon, Michael discovers a conspiracy and corruption at the highest levels, including quite possibly his boss (Ben Kingsley), a man he grows to admire.

WLE’s Kit Bowen had a chance to speak with Per Fly about tackling this heady material and what he wants young people to take away from it.

Kit Bowen: How did you become involved in this project and what were some of the things you felt you needed to say with this story?

Per Fly: Seven years ago or something like that, a friend of mine in Denmark who’s a producer, came to me with a book Backstabbing for Beginners and he gave it to me and he said, wouldn’t it be great to make a documentary about this. I read the book and I could see right away, I’m not going to make a documentary about this because this is going to be too political. But I saw a possibility for a very good fiction film in the material. Here was this young guy, 24 years old, who was not naive but young and the idea is that he wanted to go into the system believing that it’s easy to find out what’s wrong and what’s right. He finds himself in a dilemma, a very big dilemma for the troupes. Should he tell the troupes or not?

The truth has always been a topic I like, lies and truths. I find that to be the most dramatic, interesting topics of all. So I had an idea for a take on the book and I wrote that down in like a page or something like that and together with my friend, we sent that to Michael [Soussan] who was living in New York at that time and who wrote the book. He found that a good idea and we started working.

Bowen: What were some of the things that struck you about Michael Soussan?

Fly: There were several things. The first thing I did was traveled to New York and sat for two days in his very small apartment and talked about what happened to him. I tried to gain some of the psychological sides of it and also, of course, getting a lot of information that he wasn’t able to put in the book. The thing about the book is it’s written from more of a comical perspective. Michael tends to talk about it as he has a picture of him being the clown that’s telling the truth. I knew that in my film I couldn’t use the humor. There’s a bit of humor in the film but not at all as much as in Michael’s book. So I found out also that he was the guy who used humor as a shield to the world. He was a great guy to meet and it was nice to have him so close during the whole process so I could grab the phone and ask also about political topics. Could be very complicated and sometimes I had to call him and asked, what about this and what about this and he could tell me the political aspect of it.

Bowen: Theo James was great. He is one of these young actors that you see in more mainstream franchises, but I thought he did a really good job with this.

Fly: I’m glad you say that because I think so, too. I have to say the only thing about I knew about Theo when somebody suggested him for the role was the Divergent film. That was not what I was looking for this film, but then I met him and I saw his film and I could see that he’s a very, very clever guy and he had the right mix of naivety while still very intelligent. That’s actually a hard thing to find, that he has to be naive in some way but he’s not dumb in any way, he’s super intelligent. But still he’s young and naive and that, he could do that I think. 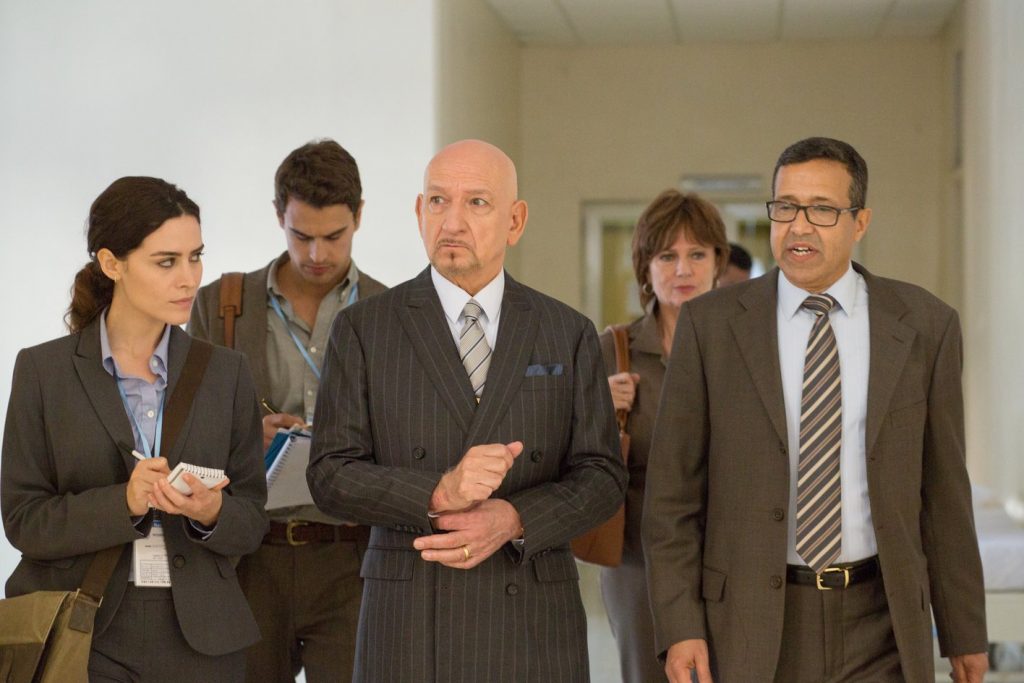 Bowen: Can you talk about working with Ben Kingsley?

Fly: He’s definitely amazing. In Sexy Beast he’s quite frightening, so I found out the first day we shot that I was scared of him and that is a stupid thing to be because he’s the nicest person. But because in Sexy Beast he’s quite scary. He knows a lot about what he can do and what he cannot do and he’s very strict in his way of going through that. He’s a true professional. But on the second day, he came over to me and gave me a hug because I felt that he could see that I was a bit scared and he gave me a hug. The Sexy Beast gave me a hug. I needed that so much and that was such a nice thing for him to do.

Bowen: I just loved how his character used the word “fuck” all the time. I thought there was some sort of comedic aspects to this person.

Fly: Absolutely, he’s so charming when he does that. He really is a father. He really wants this guy to learn the things that he knows, like a surrogate son. He wants to be good for Michael, he has a heart for Michael.

Bowen: There really isn’t a true villain in this, except for maybe the “fixer” character. They are always the most nefarious characters and fascinating people.

Fly: Yeah absolutely, but what I wanted to show to people, young people that are going into this system is that don’t expect it to be black and white, it’s much more complicated. Why are there not more people whistle-blowing when they see something that is illegal? It’s because it’s not in our nature to whistle blow. Young people come in and they want to do as the leaders say of course. So it’s hard to, it’s definitely a film about the grey area. We are all someplace in the grey area, the question is when it becomes too much? The good thing about the history of it all is that everybody agreed in the end. This became too much. We went way over the line.

We have a lot of things that can tell us a story about how the mechanism to go over the line because the crooks have very rational reasons for doing what they do. Not telling the truth is maybe the most and the best rational way of thinking. Pasha [Ben Kingsley’s character] has a lot of good arguments but still when you go into this and you start the corruption, it’s never going to end. You create a money machine, a greed machine in which everybody is a blip in the system and nobody wants to be the one that says stop. I really, really like when Pasha says to Michael at the beginning of the film, “Truth is not a matter of fact, the truth is a product of consensus.” That’s so interesting because that’s so wrong and at the same time it’s so right. And it’s so frightening.

It’s really, really important that young people don’t expect this area of life with truths and falseness to be not complicated because it is complicated. And I wanted to show the machine behind it, the rationale behind this money machine.

Backstabbing for Beginners opens in limited theaters Friday and On Demand on DirecTV.

Director Per Fly Talks His Purpose for Making ‘Backstabbing for Beginners’