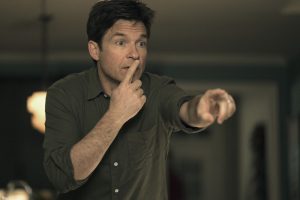 I love a good high concept movie, but what makes Game Night work is that it’s a funny premise before the even higher concept part of it kicks in. The very nature of couples getting together and the conflicts between their different styles is made for comedy.

Max (Jason Bateman) and Annie (Rachel McAdams) are the most competitive couple any of their friends know. They host game nights but always win. When Max’s brother Brooks (Kyle Chandler) comes to town, he offers to host a game night. He plans it as a murder mystery evening, but when some real criminals come looking for Brooks, everybody thinks they’re just actors hired to play the roles.

Each of the three couples has a different approach to solving the mystery, so it’s funny to see them try to outsmart each other even though we know they’re all mistaken. There are jokes in every scene but a few set pieces really escalate in absurdity. When Max is sneaking around his cop neighbor (Jesse Plemons)’s shrine to his ex-wife, everything he does only makes it worse.

There is an actual mystery the couples have to solve through the night. The mystery works, whether the couples are just trying to win the game or they’re actually trying to save Brooks.

There was a similar comedy premise over 20 years ago in The Man Who Knew Too Little. Despite having Bill Murray, that movie didn’t work because he had to be an unrealistic idiot to believe he was still in a murder mystery game. Game Night works because it’s actually believable that these couples think it’s a game. And, Game Night takes it into dark R-rated territory. 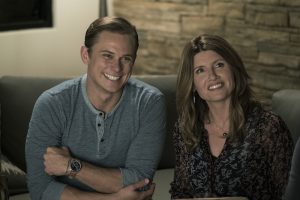 Game Night lives on the supporting couples. Ryan (Billy Magnussen) brings a different bimbo to game night every week, but tonight he brought Sarah (Sharon Horgan) who’s totally out of his league. Kevin (Lamorne Morris) and Michelle (Kylie Bunbury) are preoccupied with some couples issues that keeps interrupting the task at hand. Again, as funny paired off as they are in a big group of six.

Writer Mark Perez and directors John Francis Daley and Jonathan Goldstein impeccably balance the tone of intense violence with R-rated comedy. Forgive the expression, but Game Night is a winner. 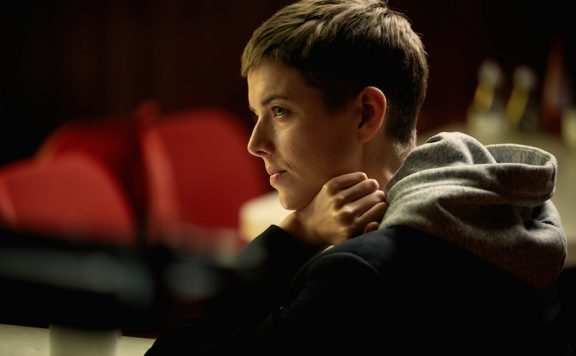