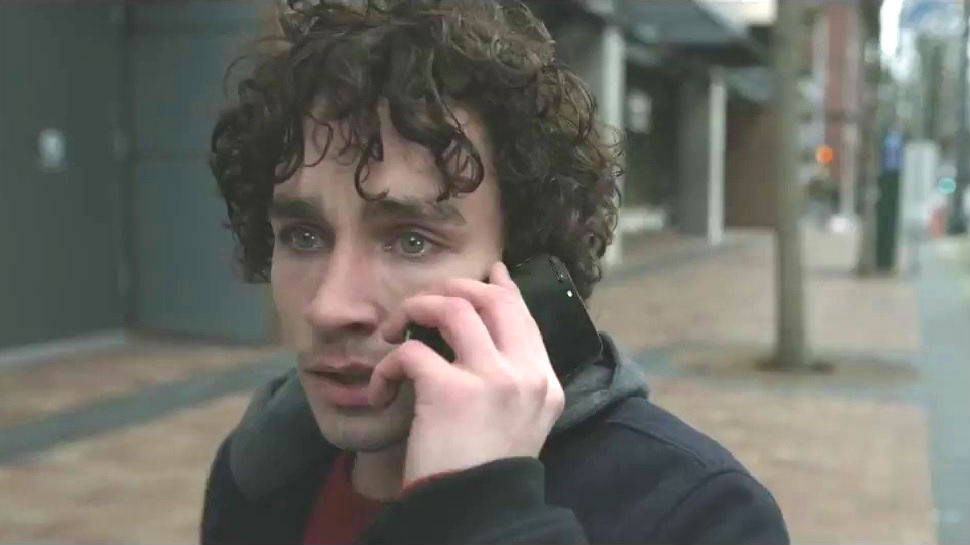 Suffering a bit from superhero fatigue, I decided to see the film Bad Samaritan this weekend. I went in knowing very little about it other than David Tennant plays a bad guy. That was good enough for me. What I discovered is a horror thriller about a burglar, Sean, who finds a woman held against her will inside the house he broke into. Looking to save his own skin, he leaves the girl behind. The owner of the house, Cale, finds out that Sean knows his dark secret. Soon Cale goes on a mission to ruin Sean’s life while Sean tries to make up for his bad decision and try to save the girl.

Bad Samaritan is a straight up old school tension filled horror thriller thanks to the direction of Dean Devlin and the performances by David Tennant and Robert Sheehan. I love Robert Sheehan’s Sean character. He is very charismatic and makes you care for the character even though he doesn’t do nice things. You can understand his motivation for leaving the girl and also buy into his regret and mission of redemption. I also loved the fact Sean is bumbling but not completely inept. 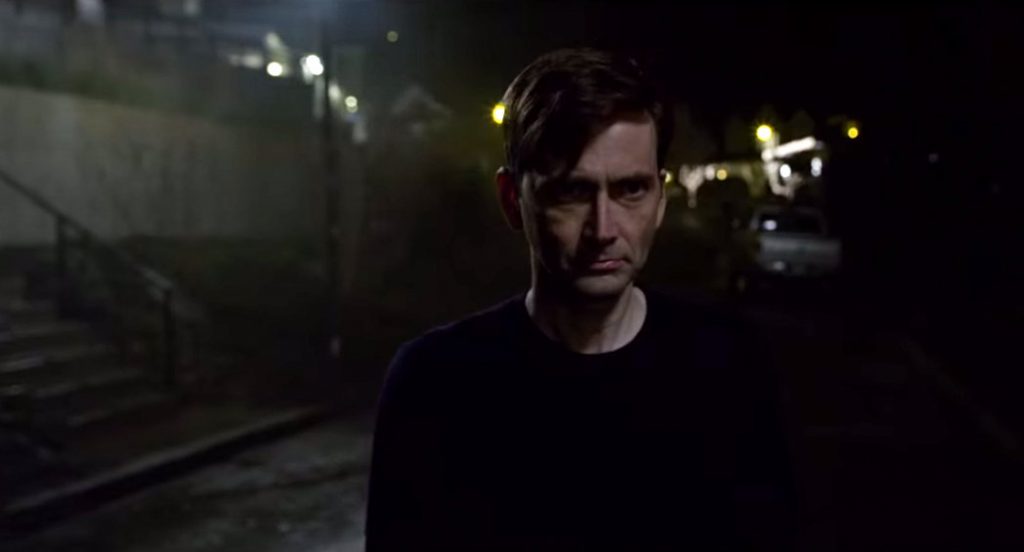 His character pales in comparison to the evil Cale. Cale is played by David Tennant who does an excellent job playing bad in the film. I was taken aback by his American accent at first but it did not distract me from the rest of his performance. His character was like Norman Bates on Red Bull. Tennant’s intensity kept me glued to the screen and the small nuances he gave the character added to overall creepiness. The back and forth between Sheehan and Tennant make for some of the better moments in the film. Kerry Condon plays the kidnapped girl Katie. She plays scared convincingly against Tennant’s opposing performance. Condon gets the best line in the entire film. The line is near the end of the film and it made me laugh out loud. It was delivered perfectly and helped break up the tension of the moment.

You’ll be pulled into the story from the first act. Dean Devlin’s direction does an excellent job of setting up the characters while giving a fresh spin on a classic thriller theme. The film also clips along at a brisk pace and never slows down. The script from Brandon Boyce has some moments where it stretches the suspension of disbelief. There were two parts that stood out to me, one involved computers and passwords and the other involved the destruction of a car. They are not a big distraction from the film but they do stand out as head-scratching moments. The last half of the film falls back on standard horror and thriller cliches but most modern thrillers do the same.

Bad Samaritan is a good modern horror thriller. The performances of David Tennant and Robert Sheehan help elevate the script and keep the audience engaged. There are enough twists thrown in that will keep you guessing on whether or not Cale will get away in the end. There are moments that will put you on the edge of your seat and moments that will make your skin crawl. All of it made for a film worth the admission price, and I think fans of David Tennant should definitely see this movie. 8 out of 10 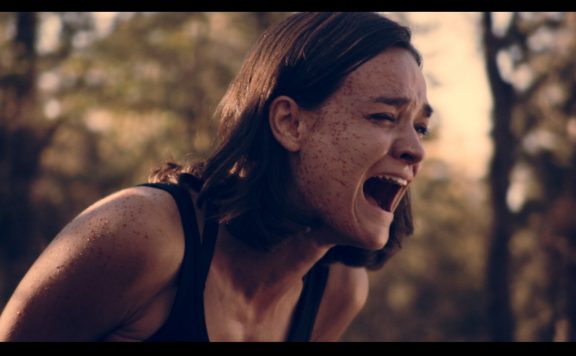 Review: “Bad Samaritan” is Good Time at the Cinema