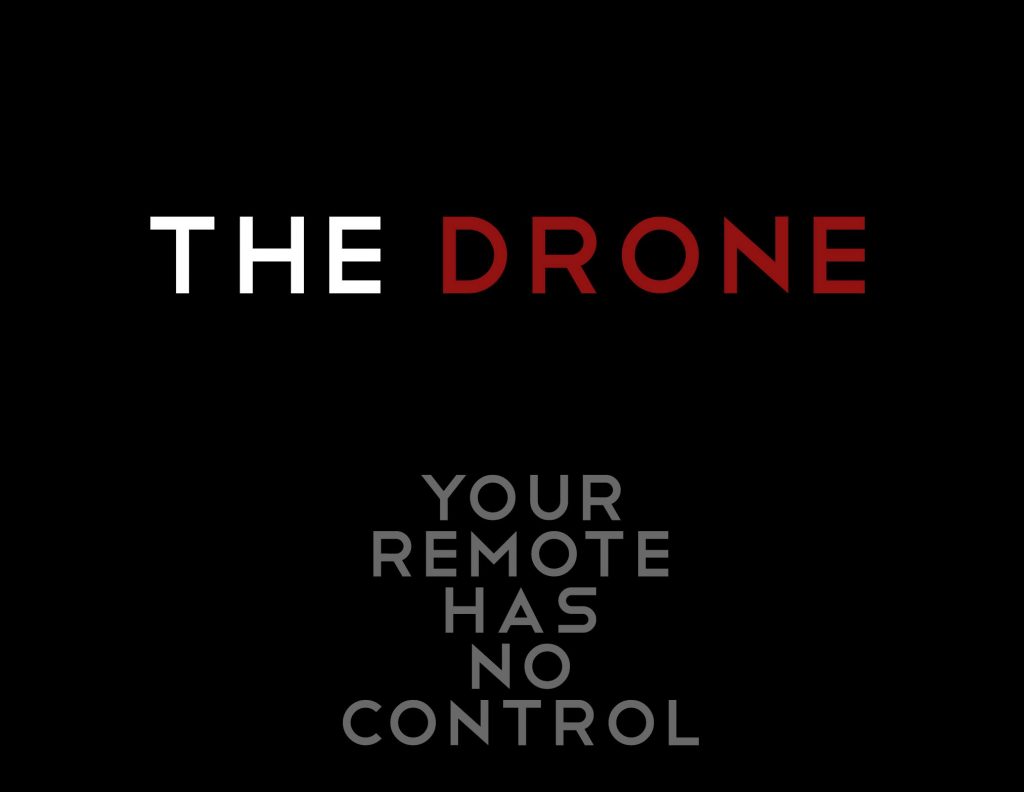 Technology has been a staple villain in horror films for many years. Well, “tech horror” just got a funny and terrifying upgrade with The Drone, from director/writer Jordan Rubin. In The Drone a newlywed couple move into a new house. Rachel is a home designer; Chris is a professional photographer and tech junkie. When Chris finds a perfectly good consumer drone in the garbage, he thinks it is his lucky day. Little does he know there is more than meets the eye with the drone. Soon, the couple find themselves terrorized by a piece of tech with a mind of its own.

Homage films seem to be a dime a dozen in the indie horror scene with most missing the mark. Jordan Rubin hits the bloody bullseye. The Drone is a modern movie, but its spirit is firmly in the horror films of 30 years ago. Horror fans will recognize the nods to Child’s Play, Ghost in the Machine, Alien 3, and Hardware. There is even a fun callback to Lethal Weapon. All of these references are woven into a modern horror film that had me smiling one minute and hiding under the blanket the next. 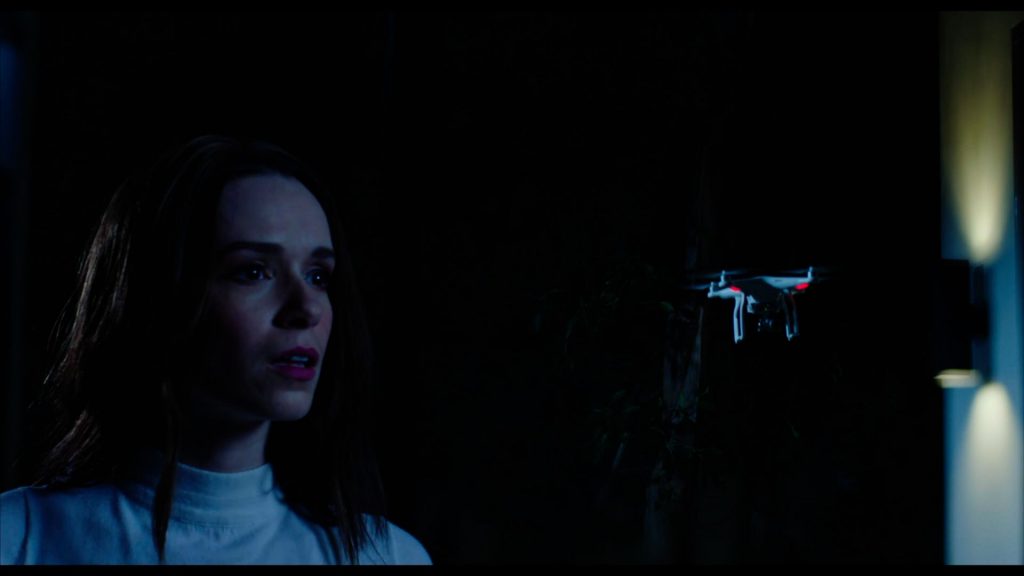 The cast does an excellent job selling the threat of the Drone. I am a big fan of Alex Essoe and her portrayal of Rachel was pitch perfect. John Brotherton gives a fun performance as the husband Chris, who seems to constantly be put in uncomfortable situations. Both actors give grounded performances which is important as it keeps the film from being overly absurd. Rubin does an excellent job of giving the drone a personality, which is key in a film like this. The way the drone moves and evolves over the course of the film makes you believe it is sentient. I think it helps that commercial drone use is still looked at with a leary eye. Many people today feel these devices make it too easy to invade their privacy and The Drone plays off that fear. It also works on the fear of humans not being able to control the technology they create.

The effects in this film are all practical. This is important as it gives a sense of realism to what is happening. If Rubin had done more CGI, it would have taken the edge off of the Drone and made it feel fake and less of a threat. The music is the most retro thing about the movie, and it was perfect. The electronic melodies mixed in with the regular musical cues helped maintain the throwback spirit of the film. The cinematography in the film had me smiling as I realized some of the film’s most impressive shots were created by using drones. So you have drones shooting a film about a killer drone, which I found amusing. 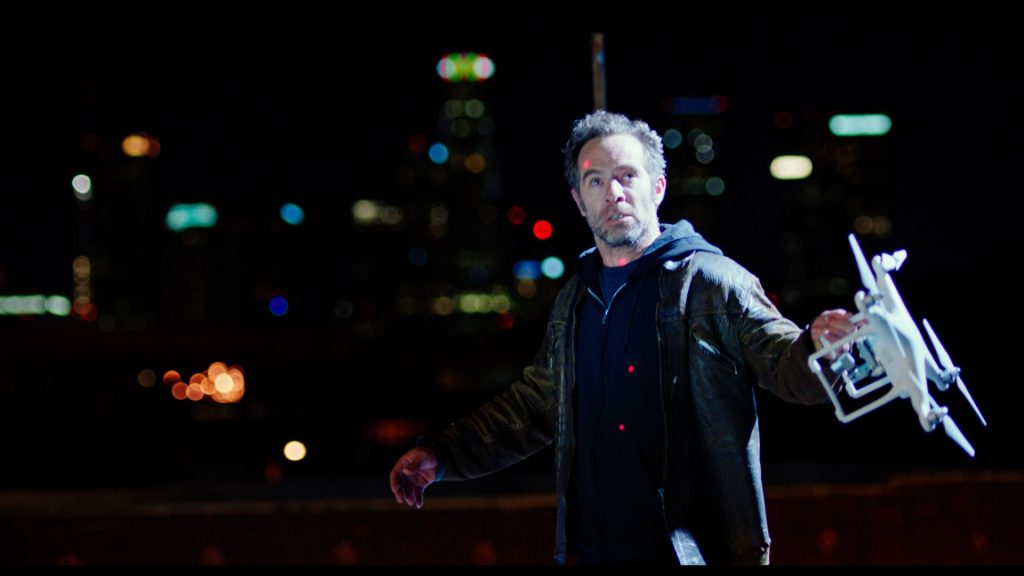 The Drone has enough horror elements to put the audience on edge and just enough humor worked in to make you realize that their tongue is firmly in their cheek. I think there is plenty here for both die hard and casual horror fans to enjoy. The overall production quality matches anything the big studios put out for horror nowadays and the run time is the perfect length for this type of film. The Drone is just hitting the festival circuit now, but I imagine it won’t be long before you will be able to find The Drone in your home. 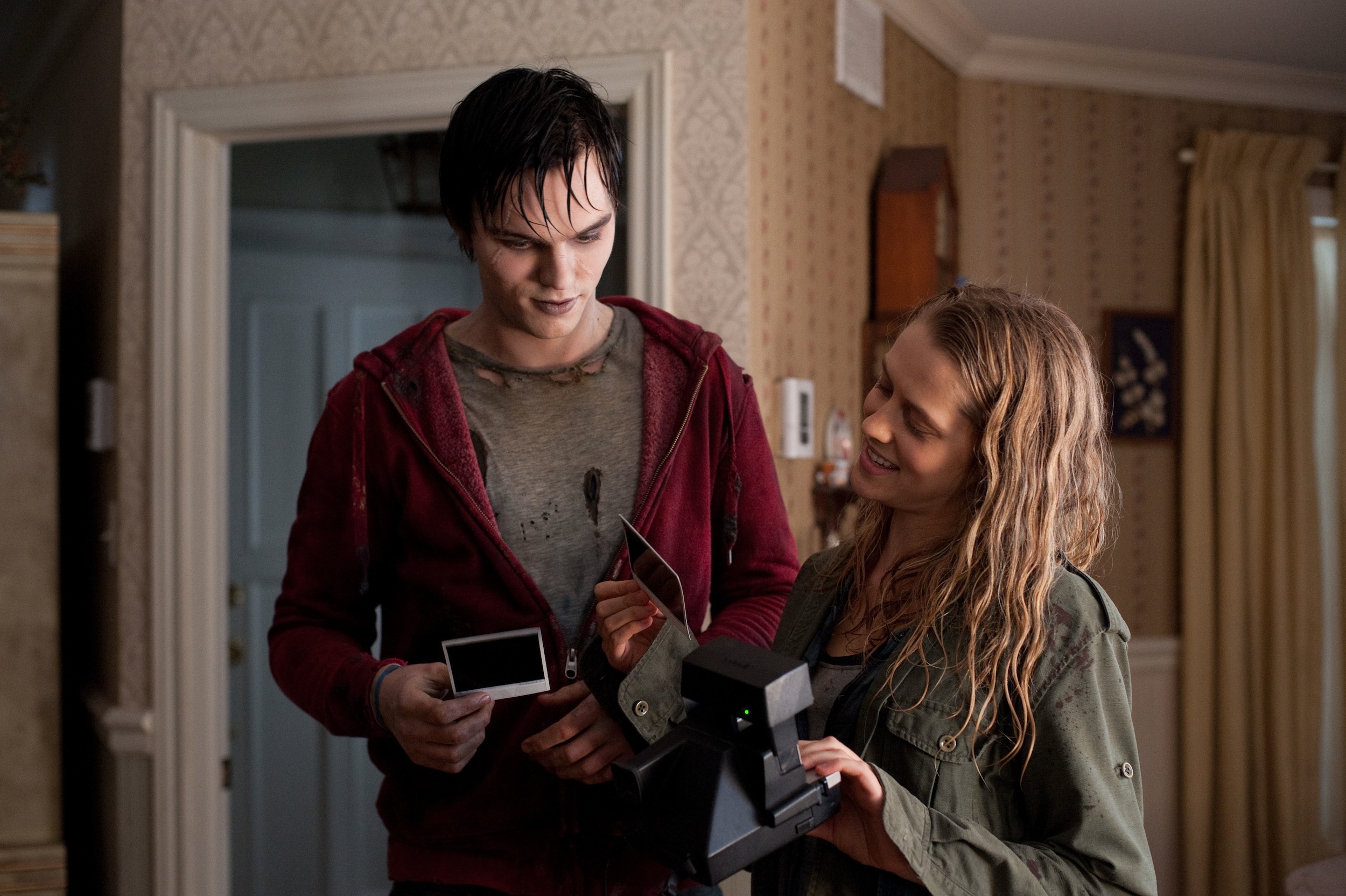 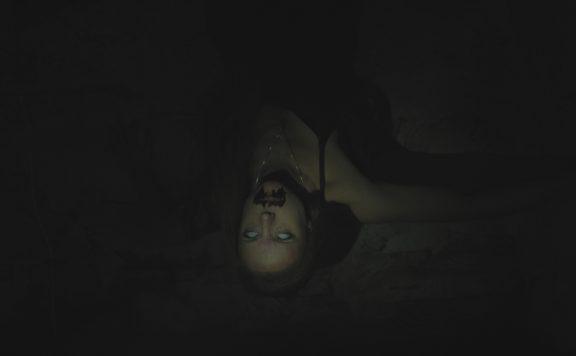 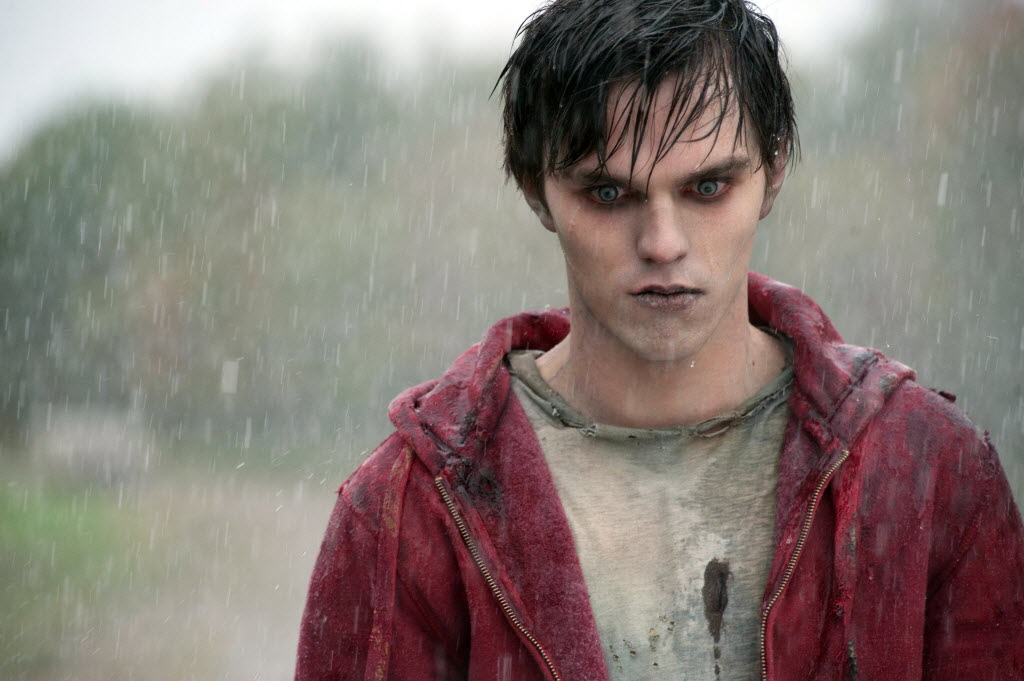 Review: “The Drone” A Horror Comedy That Flies to Terrifying Heights