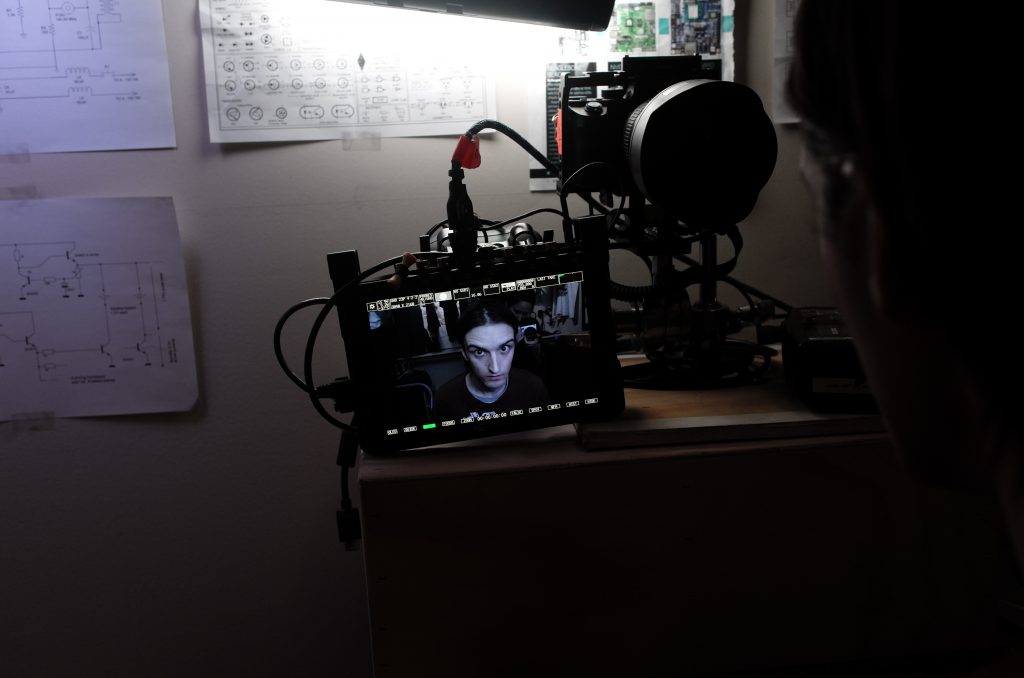 Greetings from the Underground! School shootings are always a tough subject to address. When they occur some of the common questions that come up are, “Where were the shooter’s parents?” or “Couldn’t the parents tell something was wrong with their kid?” or “Couldn’t this have been prevented by the shooter getting the mental health help they needed?”. The latest film from Director Tucia Lyman explores much of this in M.O.M. (Mothers of Monsters).

A mother grows increasingly worried that her teenage son is going to shoot up his school. She has tried to get her son help over the years but he has managed to “slip through the cracks” in the system.  In a desperate effort to prove her suspicions, Abbey sets up a number of hidden video cameras around her home to capture her son’s disturbing behavior. She then shares these videos for other Mothers of Monsters to view and possibly learn from.   When her son uses Abbey’s own dark secret against her, the two begin a back and forth battle of wills that has deadly consequences. 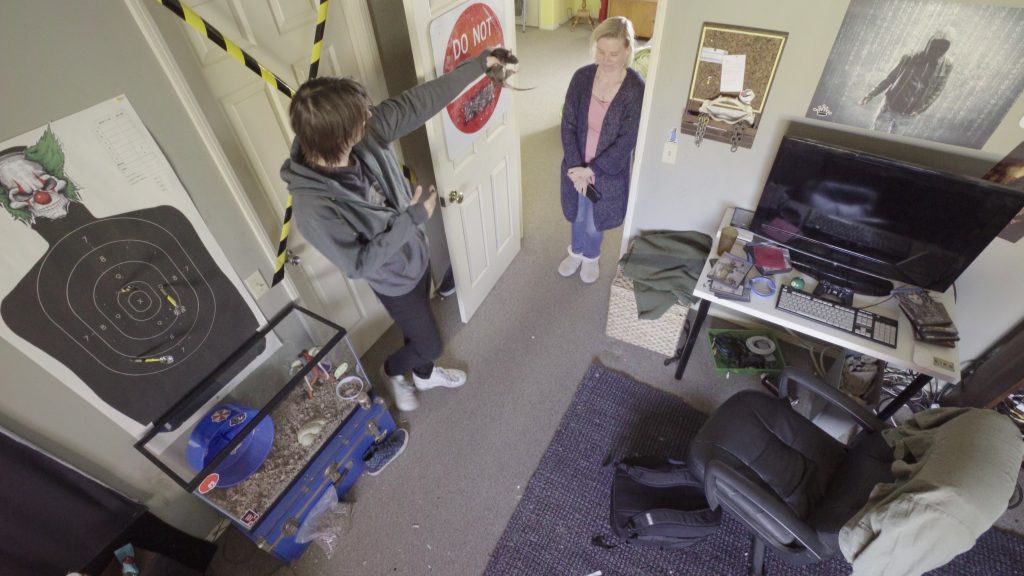 Mothers of Monsters is an intense, gut-wrenching story that will have you riveted from start to finish. Lyman made an excellent choice in telling the story through found footage. This gives a “window into real life” type of feel that adds extra emotional weight to an already sensitive subject.  The raw performance of Melinda Page Hamilton as Abbey and Baily Edwards as her son Jacob gives this movie a one-two jab to the heart. I love Hamilton’s portrayal of a single mom struggling to help her son while also in denial of her own dark past. I felt her helplessness, but also frustration due to some of her desperate actions. The script does a great job of posing the question “Is she contributing to the problem?”, something Abbey herself at one point questions. It is also a question you will still find yourself asking when the credits start to roll. 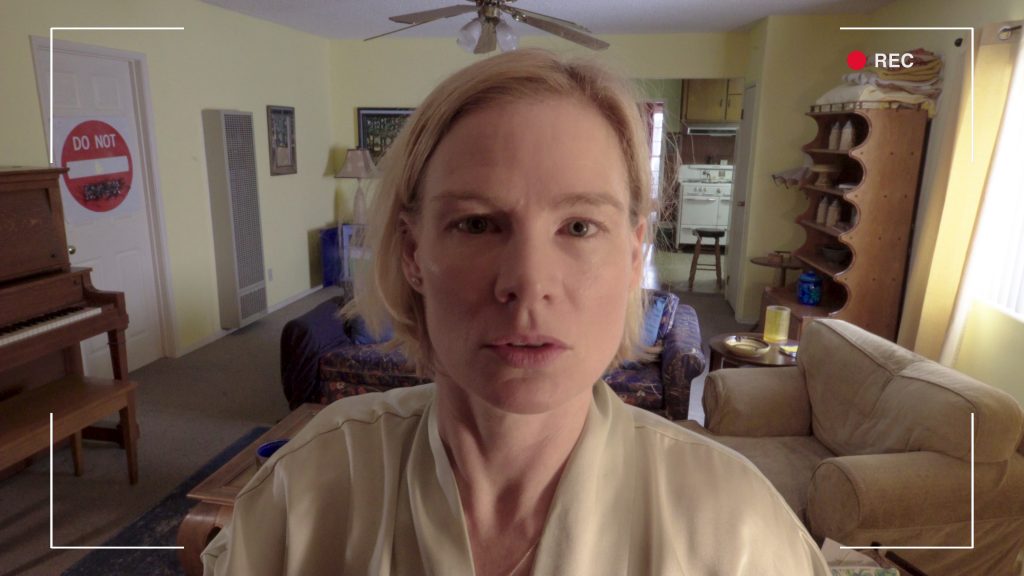 Bailey Edwards’ performance is chilling and sympathetic at the same time. Edwards’ ability to switch emotions on a dime is just what this character needed. There is no question that Jacob needs help for his mental issues and most of the time he is just a character that you are going to hate. Whether it is his inappropriate discussions on killing people or his experimenting on his pets, or his secret closet, all are elements that will make your skin crawl. Then there are moments where Jacob shows real empathy and love towards his mom. While they are fleeting, Edwards portrays these moments with precision, making you wonder if he is trying to reach out for help in between his darker moments. 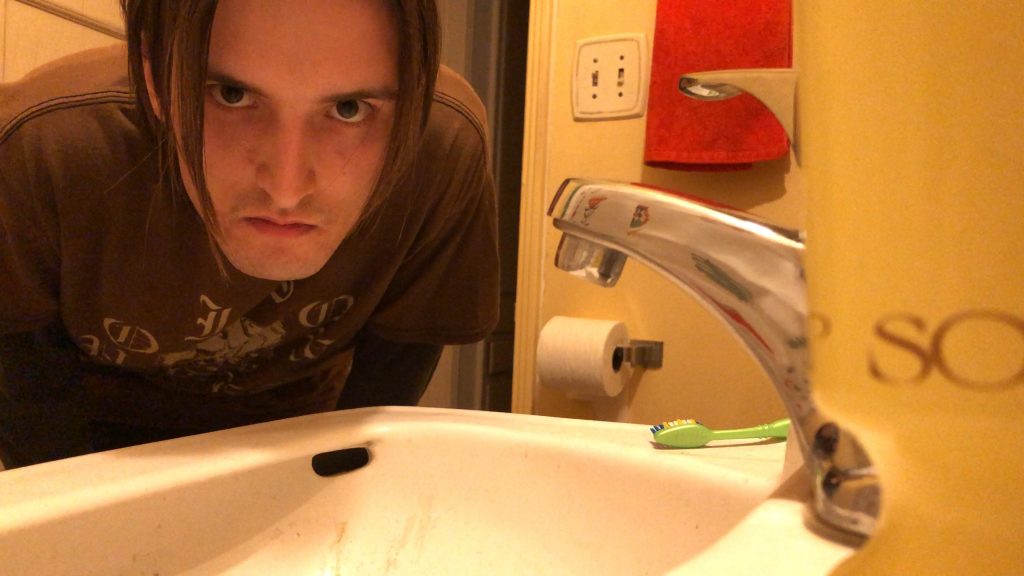 Mothers of Monsters is a dark and tension filled character driven story that will definitely have you talking about it afterward.  It is not a film that is trying to give a definitive answer to why real-life school shooters did what they did. Instead, it is confronting the issue of how the mental health system failed them when they needed help the most.  I feel it also is making a statement on how we must come to terms with our own inner demons in order to help others in our family with similar issues. M.O.M. is an effective film on all levels and is a must see for anyone who enjoys found footage films or films that reflect real life horrors.