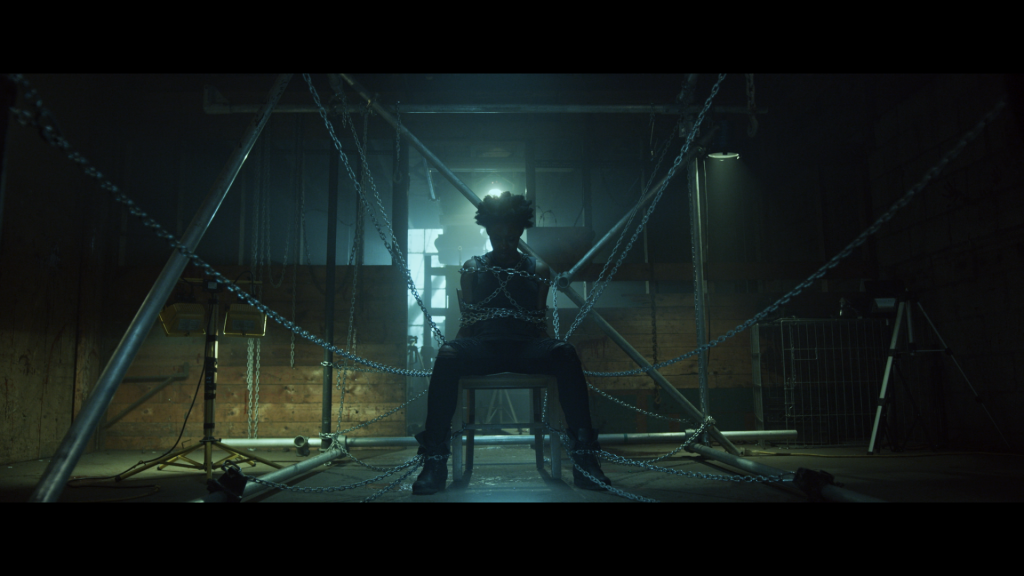 She Never Died is A Brutal, Bold and Bloody Female-Led Sequel

Four years ago, He Never Died was released and became a hit. In that film, Henry Rollins played an immortal cannibal trying to live a routine life and suppress his violent nature. After watching it, you could tell that the writer Jason Krawczyk had more stories to tell in the world he created. It is no surprise that a sequel was made in the form of She Never Died.

In She Never Died Lacey is an immortal cannibal who is on a mission to track down a rather nasty individual to satiate the dark hunger inside her. Along the way she gains a couple of unexpected allies. The group soon finds themselves working together to take down this evil before more people die. The spirit of the first film is definitely alive in this sister sequel, but She Never Died also has its own identity. Much of that is because of Lacey, played by Olunike Adeliyi. 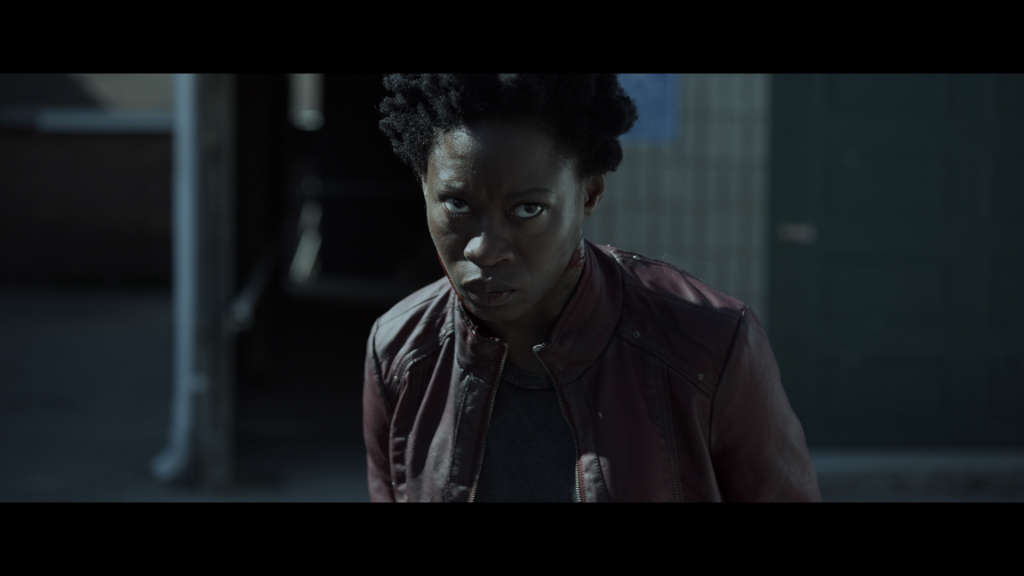 Olunike Adeliyi kicks major ass as Lacey. She shows she can go toe-to-toe with anyone in a fight. Like the character Jack in the first film, Lacey is dealing with a lot of emotional weight due her extended life as well as her unique eating habits. Unlike Jack, Lacey does not bury herself in the mundane to try and just live life. Instead, she looks to put the hurt on the worst kinds of people to calm her inner drive for violence and hunger. Adeliyi plays Lacey with depth and fantastic voracity. Her ability to flip from calm and collected to ferocious badass was impressive.  I particularly liked the physical nuances Adeliyi gave the character letting you know there was a lot going on underneath the surface. Lacey has found living almost tedious and Adeliyi really does well conveying that.

Lacey reluctantly allows two allies to join her, and these characters were a great representation of the two sides of Lacey. Detective Godfrey, played by Peter MacNeill, is looking to solve one last big case before retiring. After he meets Lacey, you can tell he has an inner struggle as well. Suzzie, played by Kiana Madeira, is an energetic woman who seems to have accepted her lot in life and rolls with it regardless of any traumatic experiences she has suffered in the past. She, like Lacey, is also satiating her dark urges. 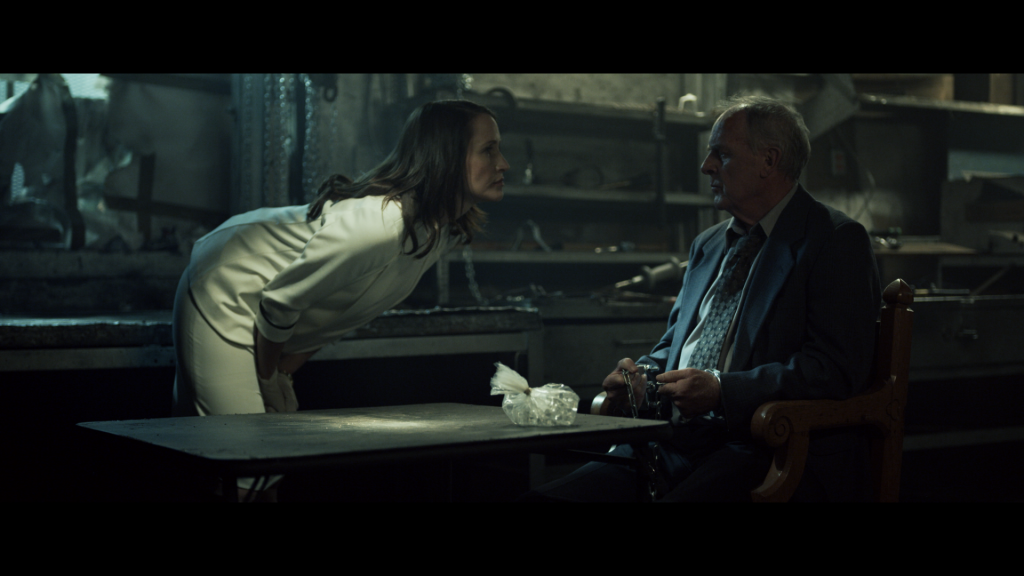 Then there are the bad guys Meredith and Terrance. Meredith is played by Michelle Nolden and Noah Dalton Danby plays Terrance. These two villians felt refreshingly different, though we have seen their type before. It is the personality that sets these two apart from similar characters and this is emphasized by the great performances of Nolden and Danby. In fact, all the characters are people you wish you got to spend more time with. 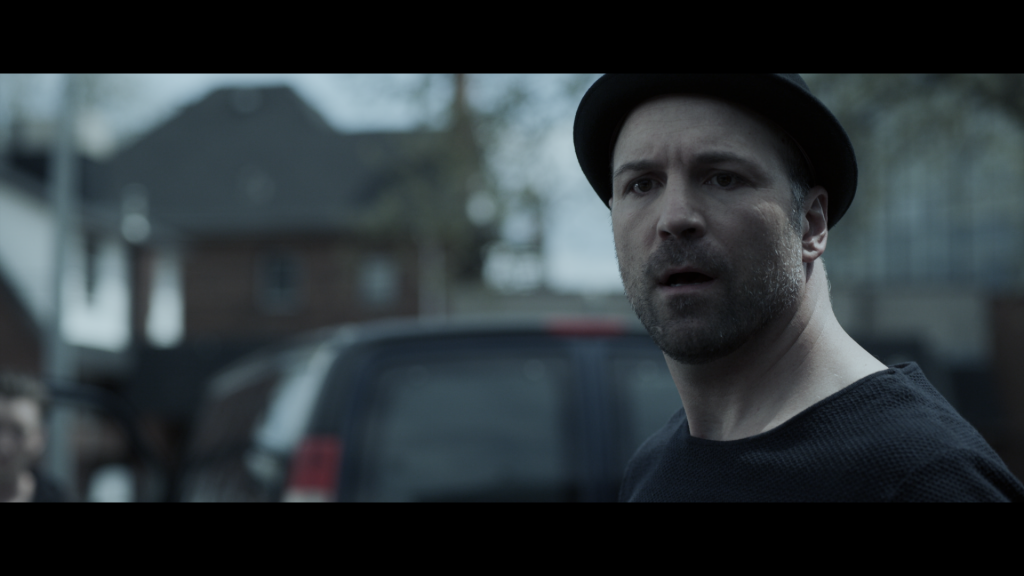 Director Audrey Cummings handles the action scenes with ease and does not hold back on presenting the brutality that Lacey can dish out in. You can see what is going on during these sequences and appreciate the choreography that went into making them come to life. There is also a fair amount of gore in the film, so you may not always see the final kill but you will still see the blood fly. The sound design adds an extra edge of viciousness of the kills. Cummings also shows her talent at maintaining tension in a scene like we saw in her first feature Tormented. She Never Died has excellent pacing where it never slows down but instead continues to build to a wild finish. There is a surprising amount of humor in the film. Cummings sharp direction handles this balance of humor and violence with ease and doesn’t stray too far from the dark tone established early on. 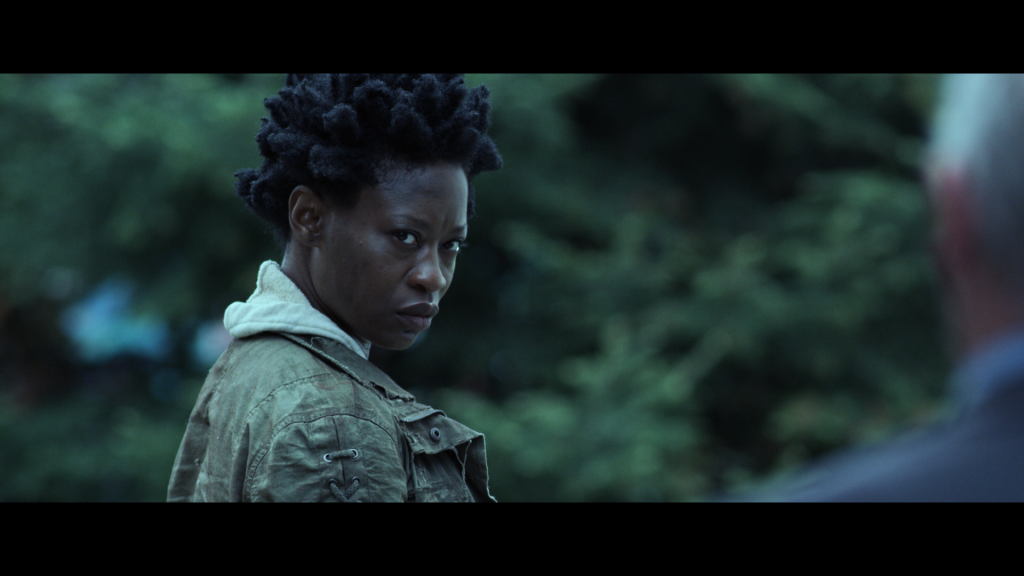 She Never Died is an excellent followup to the first film. It shows how a sequel can stand on its own merits. Fair warning, you will not get all the answers you may want at the end, but I think the mystery adds to the fun. I loved the direction of Audrey Cummings and Jason Krawczyk’s ability to give Lacey her own identity while still making it feel that she is cut from the same cloth as Jack. She Never Died is worth seeing for those who enjoyed the first one and those looking for a well crafted female lead dramatic action film. I hope another installment in this world is in the future, because this film definitely made me hungry for more.

She Never Died is having its world premiere at the Cineféfest Sudbury International Film Festival on Sept 19.

Review: “She Never Died” is A Brutal, Bold and Bloody Female-Led Sequel