‘Supergrid’ is An Action-Packed Trip Through a Chaotic Wasteland

From the director of Wolfcop comes a serious apocalyptic action film called Supergrid. Set in a future where there is a plague spreading across much of the country, two brothers make a dangerous run to retrieve mysterious cargo for a mob boss. The trip requires them to travel on the same road where their sister had died. Along the way, they have to deal with rebels, road pirates, and their feelings for each other. 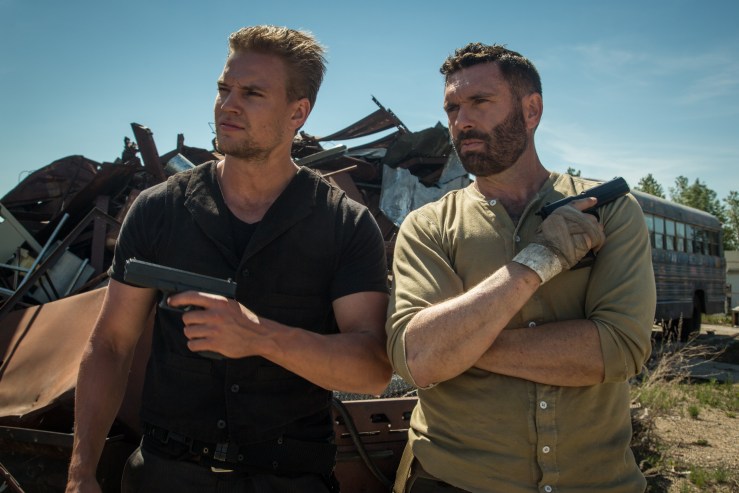 Supergrid felt like a Mad Max film made by the creators of the Walking Dead. Director Lowell Dean presents characters with more depth and identity than expected. The action sequences were tension filled and visually entertaining. Marshall Williams and Leo Fafard play the brothers Deke and Jesse. These two actors seemed like brothers, with the dialog and interactions that felt natural. Jonathan Cherry plays the crazy villain, Lazlo, perfectly and his right hand woman Guan Yin is a scary individual. All of the female characters in this film are strongly written. None of these characters feel exaggerated or too over the top. 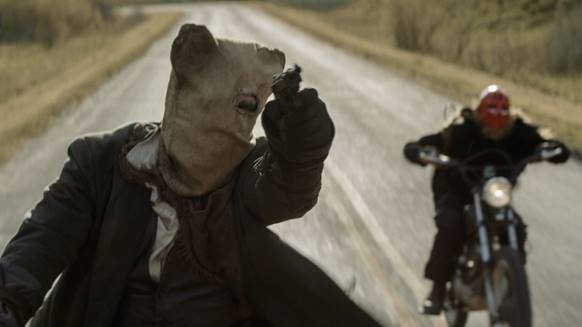 The world building they do in Supergrid is excellent. The movie opens with a summary of the state of things on the Supergrid, a large area of the US that was sold to a foreign power who mined the land and then left. There was always the feeling of danger for our heroes; from the road pirates called “Jacks”, to the earthquakes, to the dealing with the plague. I appreciate that writers T.R. McCauley and Justin Ludwig did not waste a lot of time on exposition about the state of things. Between the opening and various elements presented in the background, the viewer gets all the information they need. 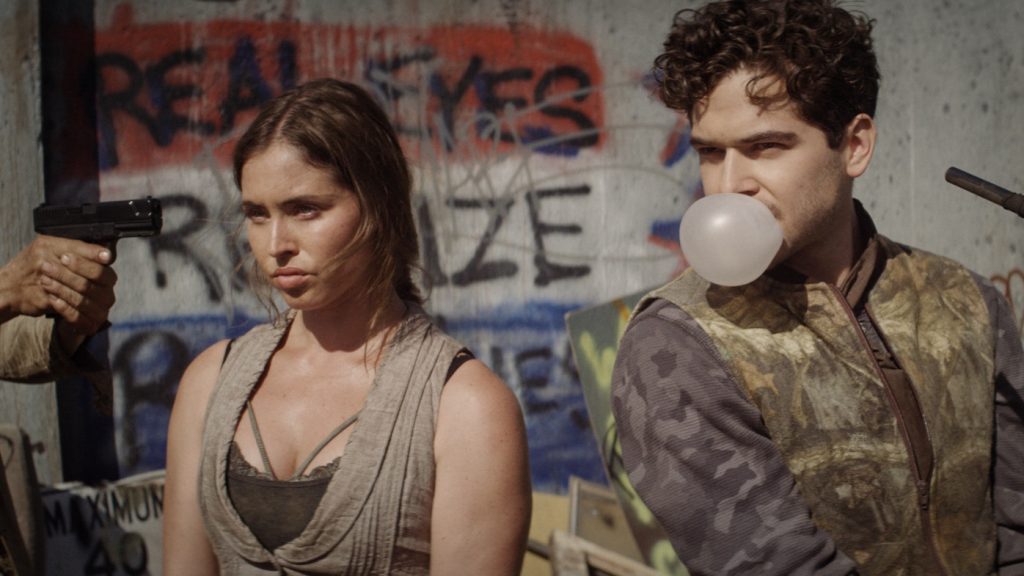 I really appreciated the underlying social commentary on the impact of mining that is underneath the surface of this film. I never felt that I was being hit in the face with the message, but was still aware that it was there. The plague is a variation of black lung which is normally associated with coal mining. The Supergrid is a former mass mining site that now has earthquakes. All of this can be related to the current news topics of mining and oil pipelines that are occuring in the Dakotas. The main sanctuary of the grid is a village populated mostly by Native Americans.  I believe this helps further the idea of how mining and oil lines not only impact the environment but those who live on the land as well. 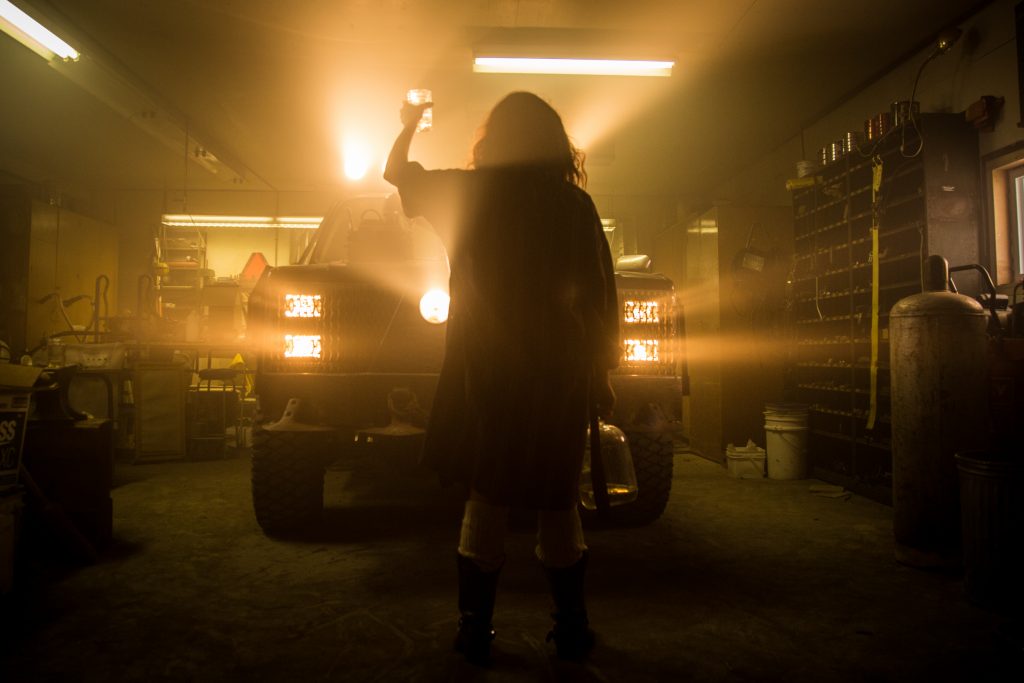 Things do get bloody in Supergrid but not nearly as bloody as Lowell Dean’s Wolfcop. Like his previous film, the makeup and practical effects look sharp and the CGI is better than expected. The costuming helped sell this future world and the cinematography managed to capture the Road Warrior type bleak landscape that the film needed.

Supergrid may not bring much new to the table in regards to the apocalyptic action genre. What it does bring is a wildly fun, well-balanced modern apocalypse film that can be appreciated by fans of both action and apocalypse genres. With characters you care about and edge-of-your-seat action, Supergrid is worth a watch.

Supergrid will be out on limited theatrical release on December 14th and V.O.D. December 18th. 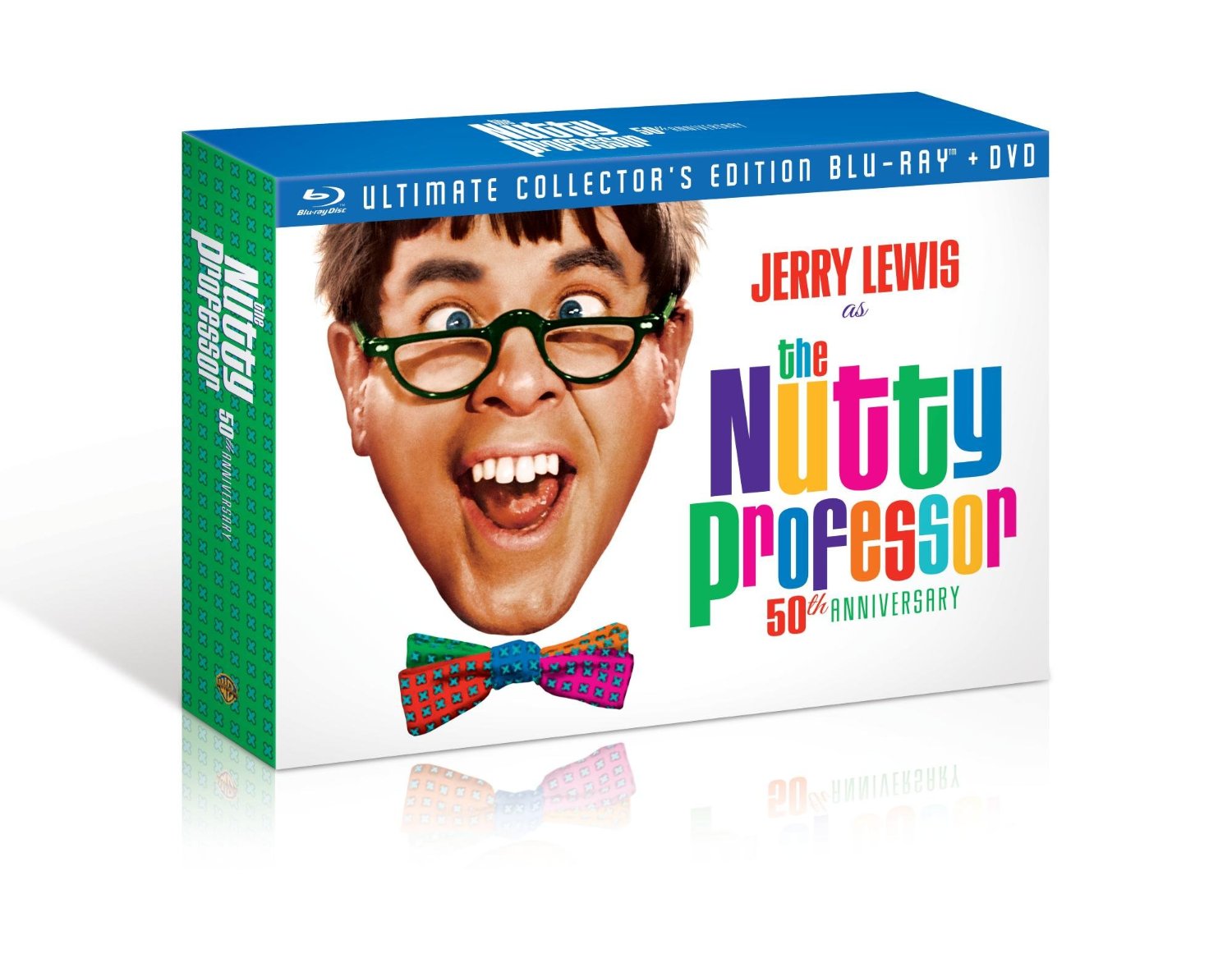 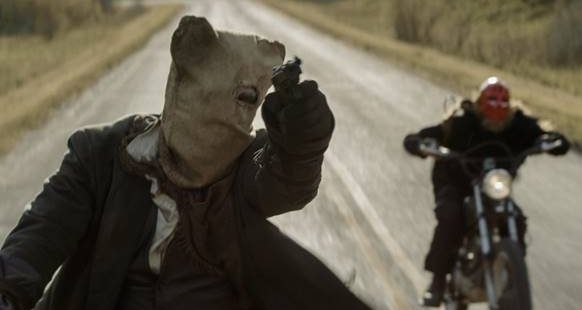 Review: ‘Supergrid’ is An Action-Packed Trip Through a Chaotic Wasteland