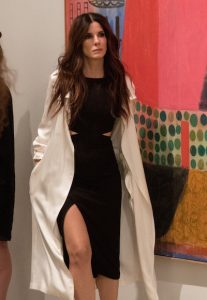 Debbie Ocean (Sandra Bullock) appears before the parole board and walks out of prison on fleek. She assembles her team and executes the plan she’s been dreaming up for over five years to rob the Met Gala. 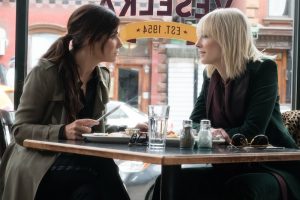 It’s believable that a plan this elaborate would take over five years to conceive and probably took a couple years to work out as a screenplay too. We get the benefit of just seeing it in action. The great thing is Ocean’s 8 doesn’t tell us how they do it. They just show us.

The camera breezes around scenes where characters get right to the point. There’s no fluff. The preparation is every bit as intriguing as the execution, with ticking clocks of suspense in both areas.

Danny Ocean needed 11 men each to perform a unique skill. Likewise, all eight of Debbie’s crew serve a unique and vital function. No one is there just to fill a slot. 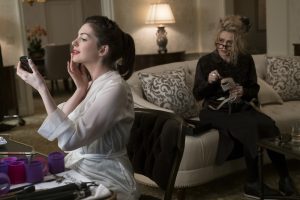 Cate Blanchett prowls around scenes as Debbie’s partner Lou, probably the only true equal to Debbie. Daphne Kluger (Anne Hathaway) is the celebrity pawn they’re going to use to both get diamonds into the Met Gala and then steal them. Rose Weil (Helena Bonham-Carter) is the designer who’s going to style Daphne for Debbie’s purposes. Nine Ball (Rihanna) is their tech. Amita (Mindy Kaling) is their jeweler who can actually process the merch. Constance (Awkwafina)is the sleight of hand master and Tammy (Sarah Paulson) is the fence who plays further roles in the scheme too. 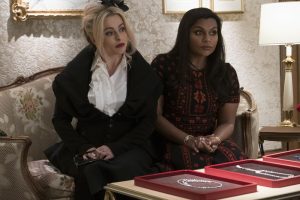 Of course the group of eight has great chemistry when they’re all together, but what’s really special is seeing them pair off in individual scenes. Bullock and Blanchett need to do a buddy cop movie stat. Bonham-Carter has a lot with Hathaway, but her scenes with Kaling are even more charged. Kaling and Awkwafina together are special, and Blanchett and Rihanna seem to have an unspoken history between their characters. 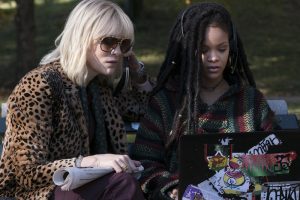 The connection to Ocean’s 11, 12 and 13 is subtle and satisfying. Danny Ocean is discussed, and Debbie always expects him to show up. I sorta did too but keeping Danny sort of enigmatic is a nice way of the movie metaphorically saying, “You’re done. It’s our turn now.”

The Ocean family and criminal network is still mentioned so this definitely takes place in the same universe, and shares a snappy style, in a city Danny Ocean never targeted. Ocean’s 8 would make them proud, not that this crew needs their approval.