One of the problems with film adaptations of video games is that it takes away the player experience and forces audiences to sit on the sidelines as a story unfolds. Of course, they all try to satiate the joys of playing video games by throwing in those familiar moves, action, and weaponry on screen. But it hardly ever captures the spirit of the source material that they all know and love. Luckily, Shawn Levy’s Free Guy avoids those problems by doing something original. No, really, the film isn’t based on any previous IPs and isn’t a sequel. As such, it isn’t bound to any of those rules or obligatory cameos. Instead, audiences will get a lot of that signature sarcastic and whimsy Ryan Reynolds brand of comedy to go with the high-energy video game action. And the result is purely joyful but also has something to say about the videogame culture in the workplace and for the players holding the controllers.

Free Guy centers on Guy (Reynolds), a Non-Playable Character (NPC), and a generic, vanilla everyday man who serves as Free City’s bank teller. Free City is like a superhero and supervillain version of a free-roaming game. Players use their avatars to rob banks or beat-up old ladies to earn experience points that help them level up, which increases their rank and rep. The more difficult the task, the more in-game money they can get, and the faster they level up. So it makes an NPC like Guy an easy target as players use him as a punching bag or target practice.

Although Guy may not recognize he is living his scripted life on a loop, something in his programming glitches. This glitch causes him to want more out of life than walking up in his ordinary apartment, buying the same cup of coffee, and getting robbed daily. As he discusses this possibility with Buddy (Lil Rel Howery), he comes across Molotv Girl (Jodie Comer), a female player looking for a particular item that no other player is searching for. Unbeknownst to anyone at the time, this encounter helps him break free from his programming, which confuses the other NPCs.

Now that Guy has gained sentience, he can do whatever he wants and live life in the game according to his rules. While this act of rebellion is liberating, Guy discovers the dirty little secrets behind the game and realizes that he has to be more than someone who saves the world from horrible players doing horrible things to NPCs.

The video game world of Free Guy may not be a direct adaptation of any known video game franchise, but that doesn’t mean there are no limits or rules. Guy narrates an exposition piece that details the world and the people that inhabit it. So it should come as no surprise that the city is filled with Bostonian aesthetics and incredible action that can only belong in a video game. It’s no wonder so many people in the film spend their time playing or watching others play it.

Guy doesn’t know that he is an NPC, and all of the avatars wearing sunglasses are controlled by humans. These players pour hours into this game to level up their characters to obtain power-ups and high-priced items. And while some weaponry may be recognizable in the pop culture world, most of everything we see is original. That uniqueness makes the film more enjoyable because there are no expectations to see those obligatory nods, and it makes for some surprises that will make all of us smile.

And as exciting and unpredictable as Free City is, the humans of the natural world have their own problems to deal with. Namely, Millie’s (also Comer) quest to find the evidence that Free City creator Antwan (Taika Waititi) stole her code for artificial intelligence and hid it in the game. It ties in nicely with her relationship with Guy, who learns about the nature of being an NPC and all that entails. This unexpected existential crisis Guy goes through gives Free Guy the emotional depth that so many other video game films lack.

While most of Free Guy hinges on the dynamic between Molotov Girl/Millie and Guy, the action video game comedy is also filled with other characters (humans and avatars) who are just as interesting and funny. Of course, there’s Antwan, the creator of Free City and pilferer of Millie and Keys’ (Joe Keery) AI code, who exploits the people’s thirst for IPs and sequels for his own self-interest and profits. Keys, a coder and friend of Millie’s who sold himself out to achieve his dreams of working for the biggest gaming company in the world. And then there’s Mouser (Utkarsh Ambudkar), an Antwan loyalist. For Guy, he can rely on his best pal Buddy, who often provides Guy friendly advice.

Though everything that happens in Free City is overly fantastic in its action and NPCs limitations, Matt Lieberman and Zak Penn’s script grounds the film by adding an emotional element to connect with audiences in a real way. Guy simply longs for a companionship that goes far beyond the one that has been given to him. But the film reveals that this isn’t just a simple glitch but a well-placed code hidden by Keys which will unlock the NPCs potential to gain sentience. 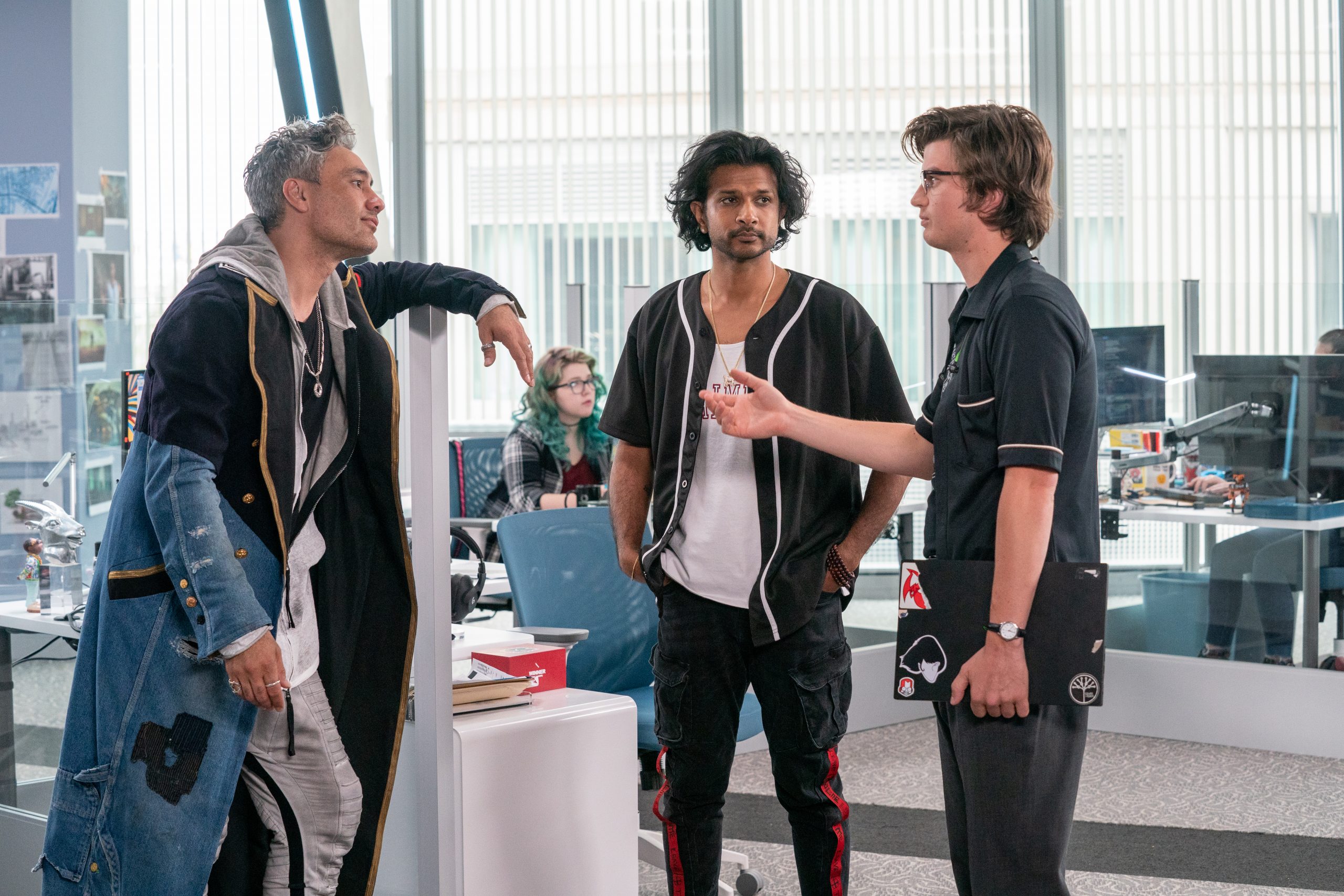 Free Guy is that love letter to all things video games and is packed with references to the FPS and gaming community, as well as a few winks and nods to pop culture. But as exciting as it is to watch nostalgia pop out on the screen, it means nothing without something that connects with us. So there will be those winks and nods to trolling and what they do to their rivals and other NPCs, but Levy finds that balance between nostalgia and the emotion to turn in something that is not only fun but heartfelt. And surprisingly existential and philosophical, with a dash of commentary of the state of the gaming culture.

In the film, Antwan is the head of a multibillion-dollar gaming company whose success is actually built on lies and deceit. The only reason why Free City is so popular is because of an AI code designed by Millie and Keys that has been hidden with no way of proving it was stolen. And with Free City 2 just days away from release, Antwan will be free of any legal repercussions because the original will be obsolete. But Antwan isn’t interested in making distinctive or original games, as he believes that players only care about those familiar IPs and sequels.

Free Guy’s reflective criticism on the state of gaming, what consumers want, and how the industry treats its female artists and creators apply to the world we live in now. It visualizes that toxicity through Antwan, who constantly demeans his employees through scathing, non-sensical catchphrases, and faulty logic. Those bits really work well for Waititi’s exuberant and boisterous comedic energy. And Comer’s fight for what she deserves is a nice foil to that. It’s clear there is a trauma between the two, as Antwan stole her work and did not give her the credit that she deserves, and she’ll do anything to get that validation. 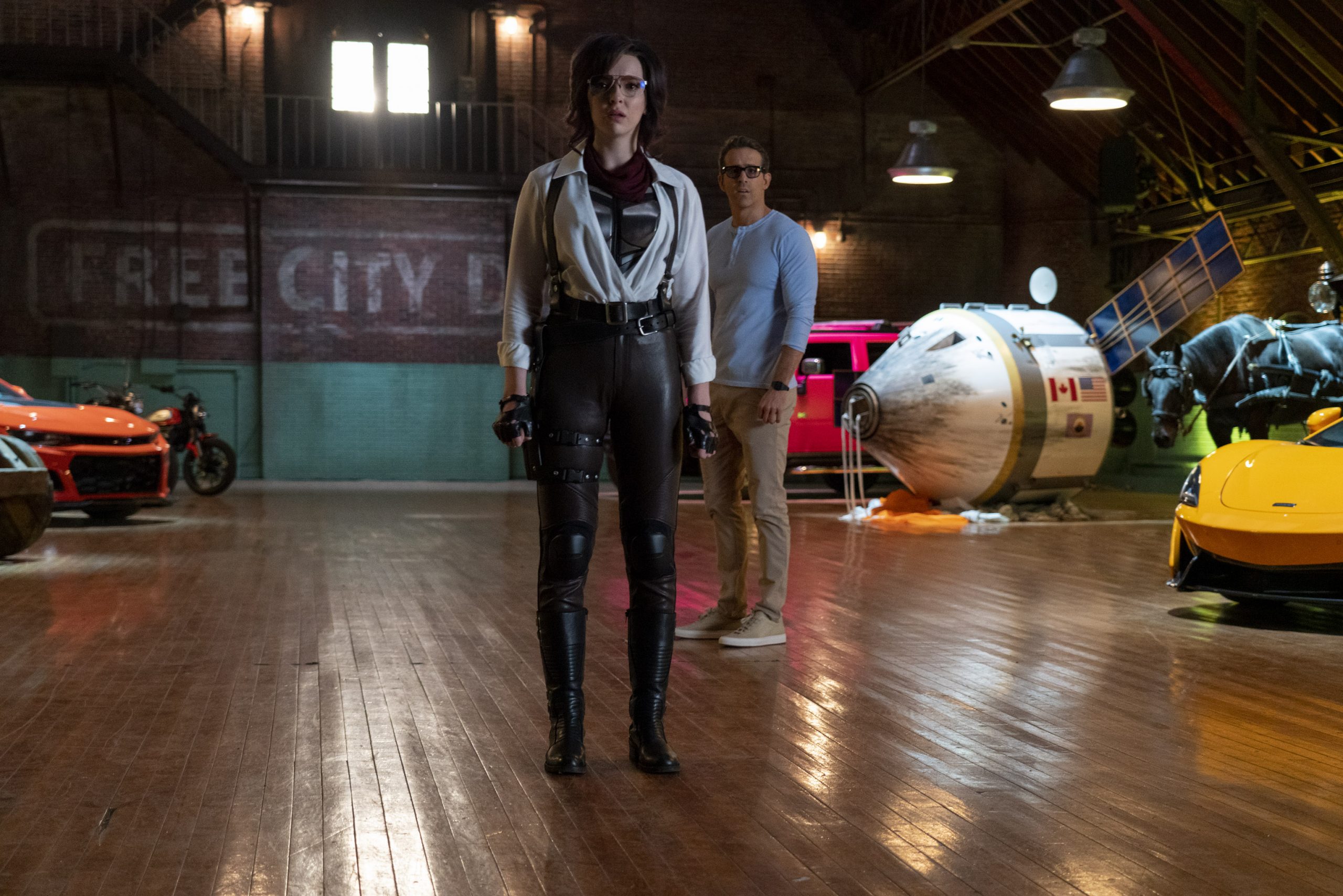 It isn’t easy to direct a film with shifting tones and two stories set in two different worlds. Though one may be skimmed, while the other takes larger precedence, Levy finds the fun in showcasing entertaining video game-like action set pieces and Reynold’s brand of comedy while telling a story. Guy’s sunny disposition may be scripted, but it transforms into something charmingly sweet and snide. And during the course of the film, we’ve come to find out that there is more to Guy as his existential crisis arises. That inner conflict, along with the sentience, only helps further the character development, making Guy a more complex NPC.

As energetic and nostalgic as it is, it’s hard to ignore the world-class world-building within Free City, which allows its characters limitless potential to level up and become top players. The Bostonian-inspired city resembles any metropolis, but it also has more to it than what the players and NPCs see. Because there are restrictive areas and hidden codes, finding more becomes plenty engaging for the audience.

Though Free Guy hits theaters at a very unfortunate time of uncertainty, it is one of those films that lives up to its fantasy of being whisked away to a place where we can get away from the problems of the real world. And it serves a lot of that goodness through video game nods, a wide range of video game-specific cameos, and grounded storytelling. Even Christopher Beck’s score even brings out that emotion, especially when he samples his Paperman score.  More importantly, Free Guy avoids what previous film adaptations of video games and other simplistic romantic actioners have done before by giving the film emotional depth and a splash of that snarky and sweet humor from Reynolds. 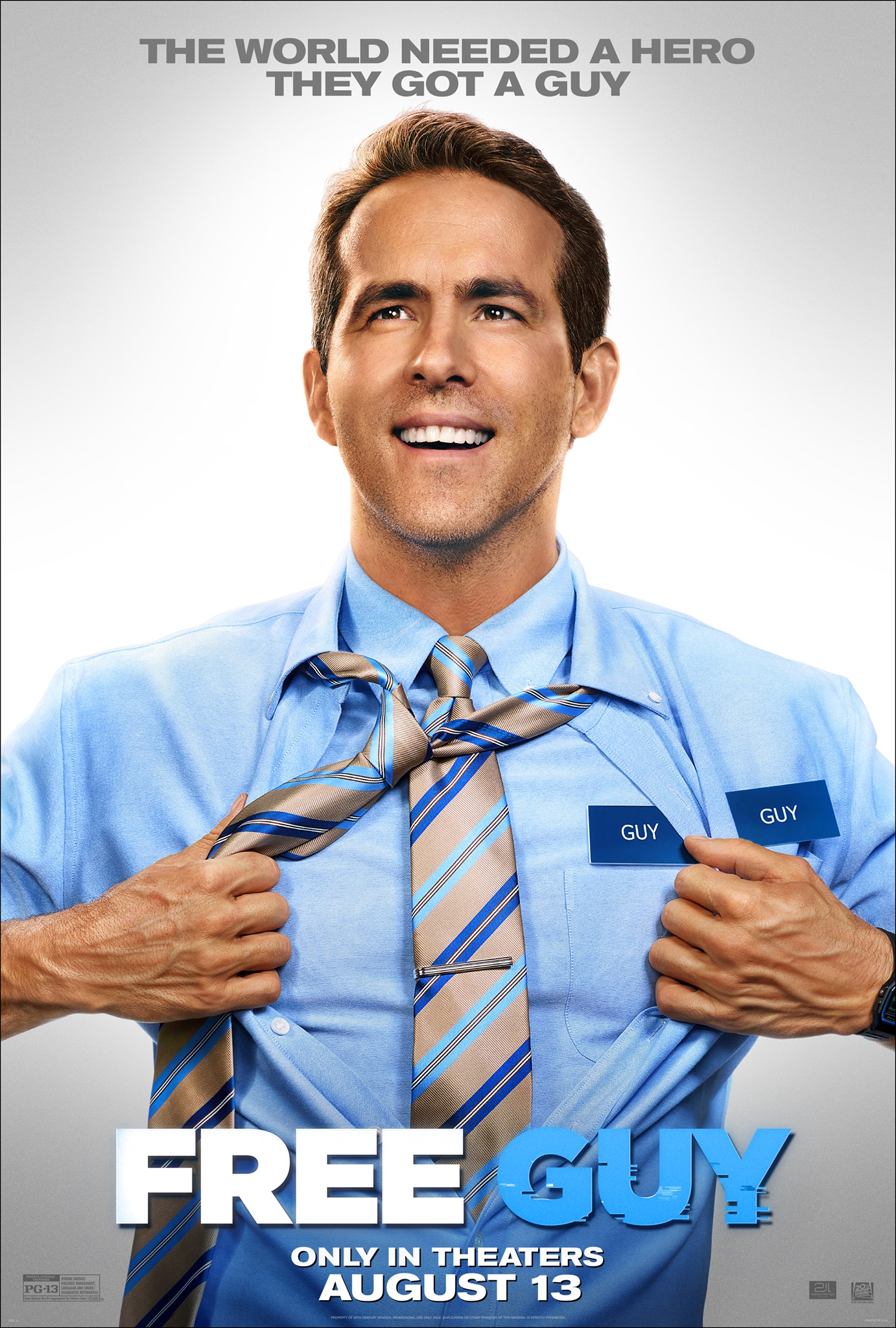 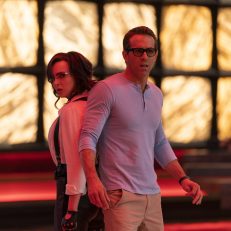 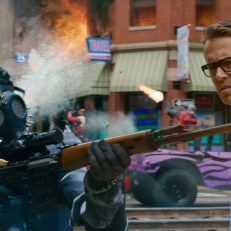 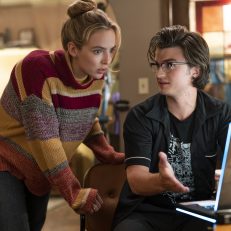 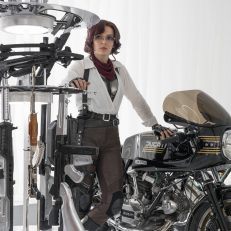 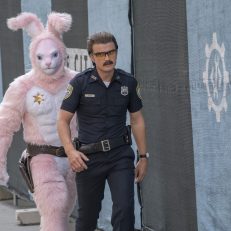 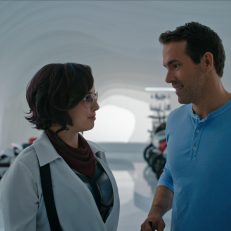 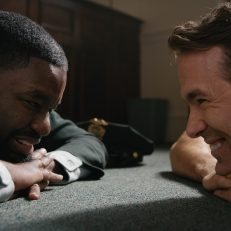 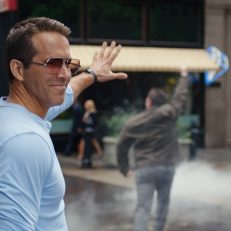