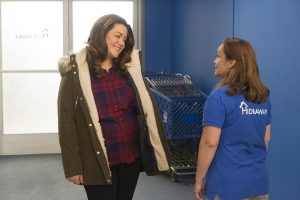 I ran into the American Housewife herself, Katy Mixon, at ABC’s Television Critics Association party. She acted like we were old friends and invited me to sit with her. Of course, we’d met before, but only in big groups of reporters. It was just her nature to be so warm and friendly.

American Housewife is in its second season on ABC. Mixon is already ready for the season finale, which she’ll film soon even though it won’t air for a while. Then she’s ready to have another baby in real life! American Housewife airs Wednesdays at 9:30 on ABC.

WLE: What funny stuff is coming up on American Housewife?

Katy Mixon: Oh honey, so many things. We’ve got nine more to film. Our last day of filming is March 29 and that finale is going to be something else, so we’re excited.

WLE: Do you know if you’re coming back yet? 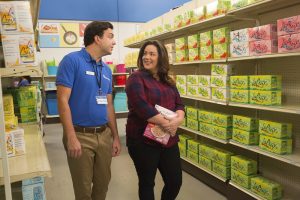 KM: I don’t know. We’re given amazing feedback which is really special so we’ll see.

WLE: Where does the finale leave things?

KM: I’m putting on that spring gala so we’re going to have a couple of guest stars that are really lovely come to the spring gala. So I don’t know. I just kind of know the gist. I don’t know what it all entails.

WLE: Are you a good party planner in real life?

KM: I’m not. I’m not, honey bun. I love a good party. I will be there with bells on. I don’t have much time to be a party planner but I love to entertain. I’m a big entertainer. I love having people over and all that kind of stuff.

WLE: What do you do when you have guests?

WLE: It must be nice to have that option. I can’t afford that. 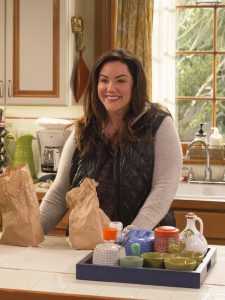 KM: Well, honey, any kind of champagne, are you feeling me? I come from a really big family, six girls, and one boy. I’m about a party any time I can, but I’m a mommy now with a seven-month-old and I’m pregnant. I’m five months pregnant with my next baby so life is pretty full now.

WLE: Is that incorporated into American Housewife?

WLE: How are you hiding it?

KM: With big shirts. They put me in real big shirts so I welcome and embrace it. I will have my next baby in May.

WLE: Is that already inherent in the character that she dresses like that?

KM: Yeah, it’s kind of brilliant. I’ve always worn big shirts with Katy Otto. THen I got pregnant and it didn’t matter because it’s hidden.

WLE: The spring gala is the finale. What’s coming up in the near future? 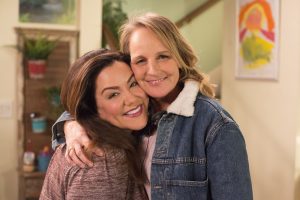 KM: I don’t really know, honey because I get the scripts right before I film it. I literally have no idea. They keep it kind of private so I wish I knew, but I think the relationships with my son, with the daughters, is going to keep evolving as they’re finding their independence. Some good stuff is just going to keep happening. Helen Hunt directed me.

WLE: When someone with such experience in television comes to direct, does Helen Hunt bring something special to American Housewife?

KM: Honey, she was everything. She’s the most magical, magical lady. I could not have been more grateful. I grew up watching her and then all of a sudden she’s like, “Honey, action. Let’s do it again.” It was quite surreal and she’s so giving. She has such kindness and really was just a teammate. She really was on my team. 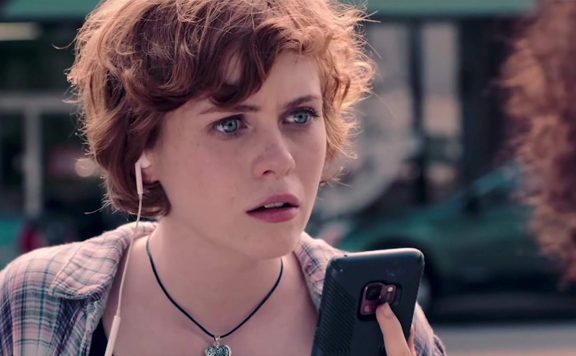