Oliver (Azhy Robertson, A Marriage Story) is a boy who feels different and isolated because he’s on the spectrum. He is shy and has trouble talking to others, so he uses a text-to-voice device to speak for him. While this handicap makes him the target of bullies at school, he’s still hopeful and open to friendship. But for now, Oliver’s window to the world is his tablet—and as it turns out, it’s also a window into our world for a lonesome monster called Larry.

Based on his short film Larry, Jacob Chase’s Come Play feels like a cross between The Babadook and Poltergeist while still remaining true to its source material. The look and feel of the acclaimed 2017 short is intact, and there’s even a scene in the feature that’s a beat-for-beat homage to the original. Larry haunted an adult in the short, but here his target is young Oliver. I liked that it’s not only Oliver who can see Larry—the skeletal storybook creature isn’t shy about showing himself to Oliver’s parents (played by Gillian Jacobs and John Gallagher Jr.) or tormenting his classmates. 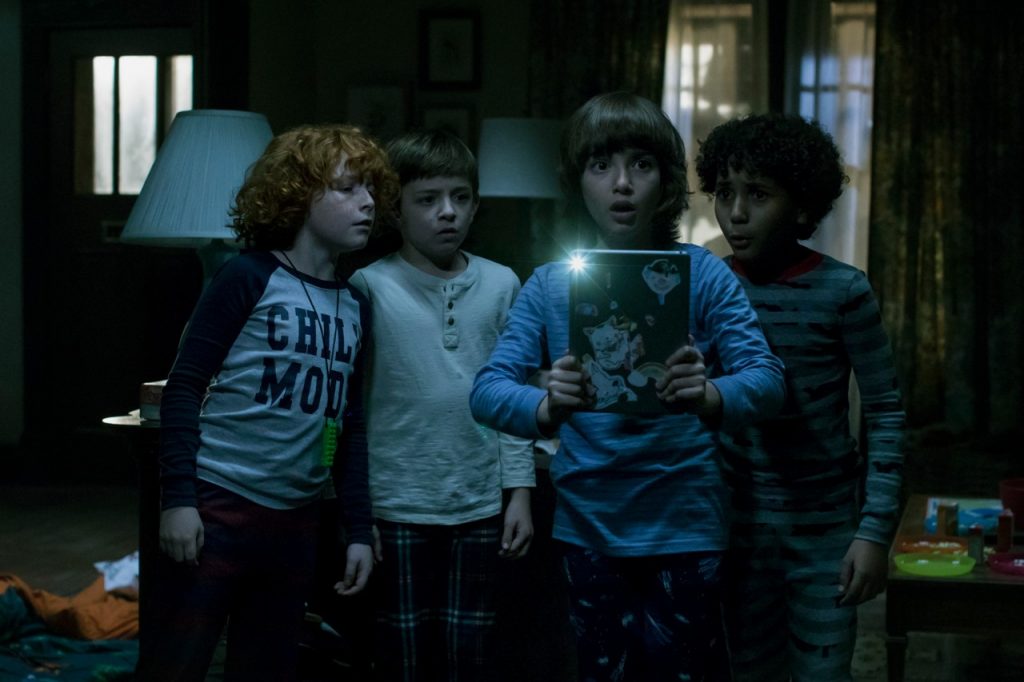 Larry draws energy from electricity, but he uses the darkness to his advantage. He takes special pleasure in blowing out all the lightbulbs (and of course, Oliver’s house just happens to have more light fixtures than a Lamps Plus showroom), then making them whole again just to mess with his victims’ minds. It’s an intriguing way to convey suspense in our super plugged-in times. With smartphones, tablets, computers, and other mobile devices being so prevalent, filmmakers have found a way to make them seem more scary than safe—back in the day, it was more frightening to be cut off from phones and other people, but that’s just not realistic or believable anymore. Here, Larry can be everywhere—he doesn’t just live in Oliver’s tablet; he can follow the boy through any electronic instrument.

It makes sense that Amblin Entertainment would team up with Focus Features to bring us Chase’s tableau of horror—Come Play feels like E.T. gone bad and is right in line with scary PG-13 movies featuring children in empowered roles. What’s more, Come Play is a movie that both kids and adults can enjoy. Oliver is a likable but complex and believable boy, and his parents are equally well-drawn. Larry is an abstract monster without a lot of personality, but his ambiguity totally works in this context. 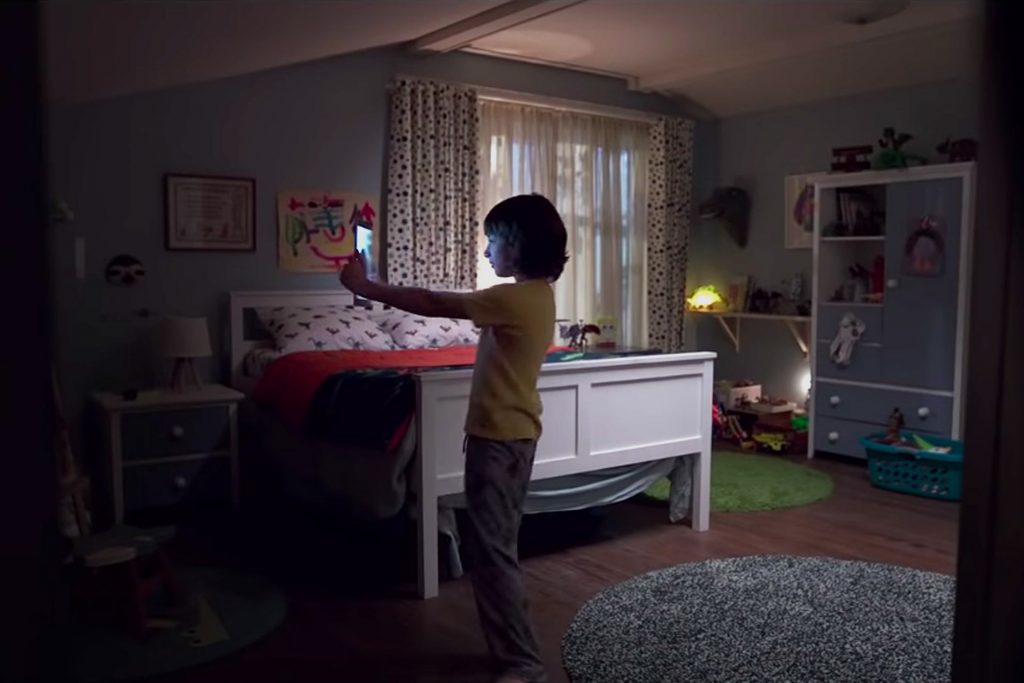 Come Play boasts moody cinematography and a pulse-pounding score—not to mention moments of gripping suspense and all the trappings that make it perfect for a Fall release. Having said all that, Come Play does feel a bit long when it comes to the story versus runtime. The ending, which I will not spoil here, may divide audiences—I liked it, though.

To paraphrase the famous line from The Shining: “Come play with Larry forever and ever…” It’s definitely worth a look, especially on Halloween night! 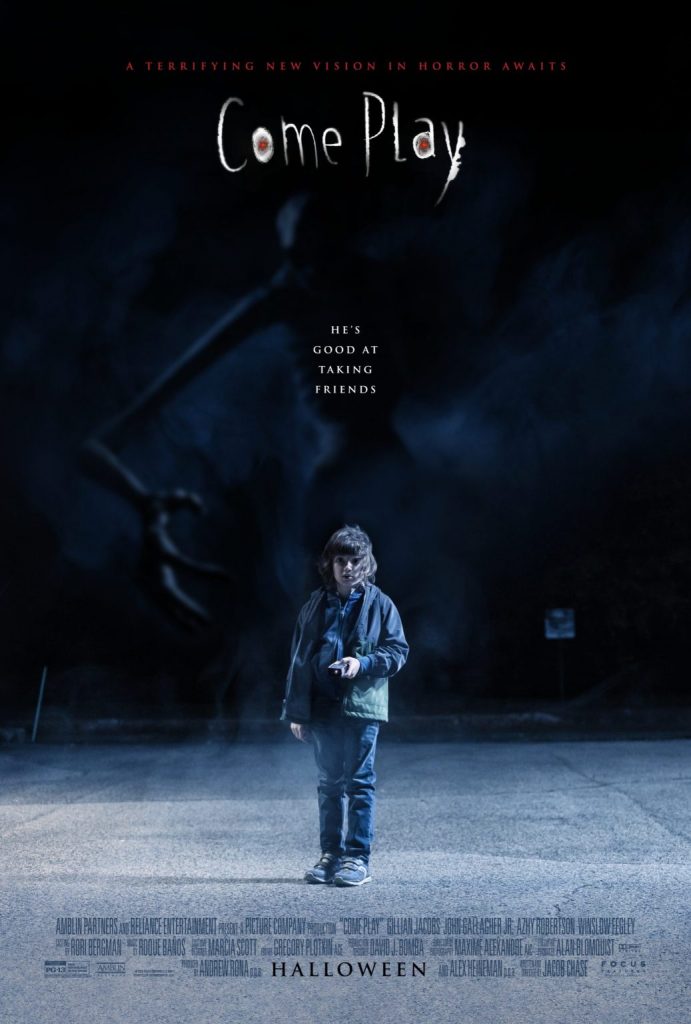 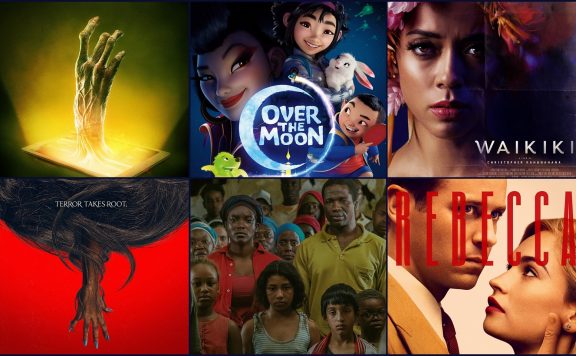 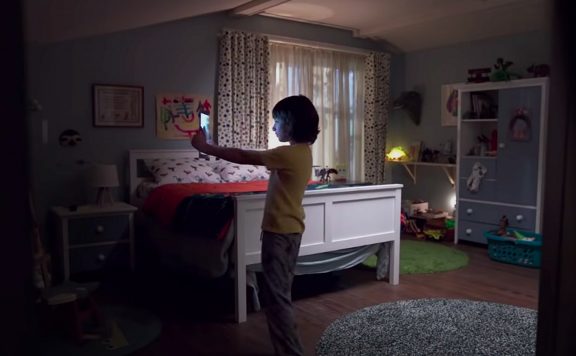 ‘Come Play’ Review: The Most Inventive Horror Film of The Year
October 28, 2020 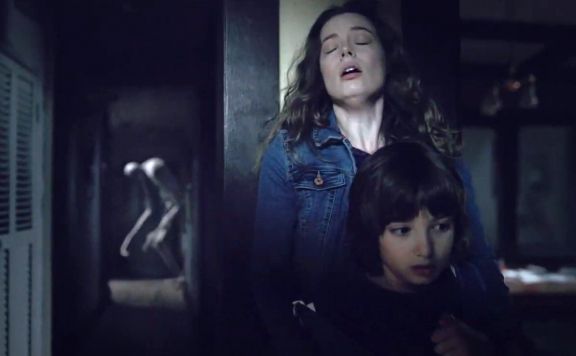