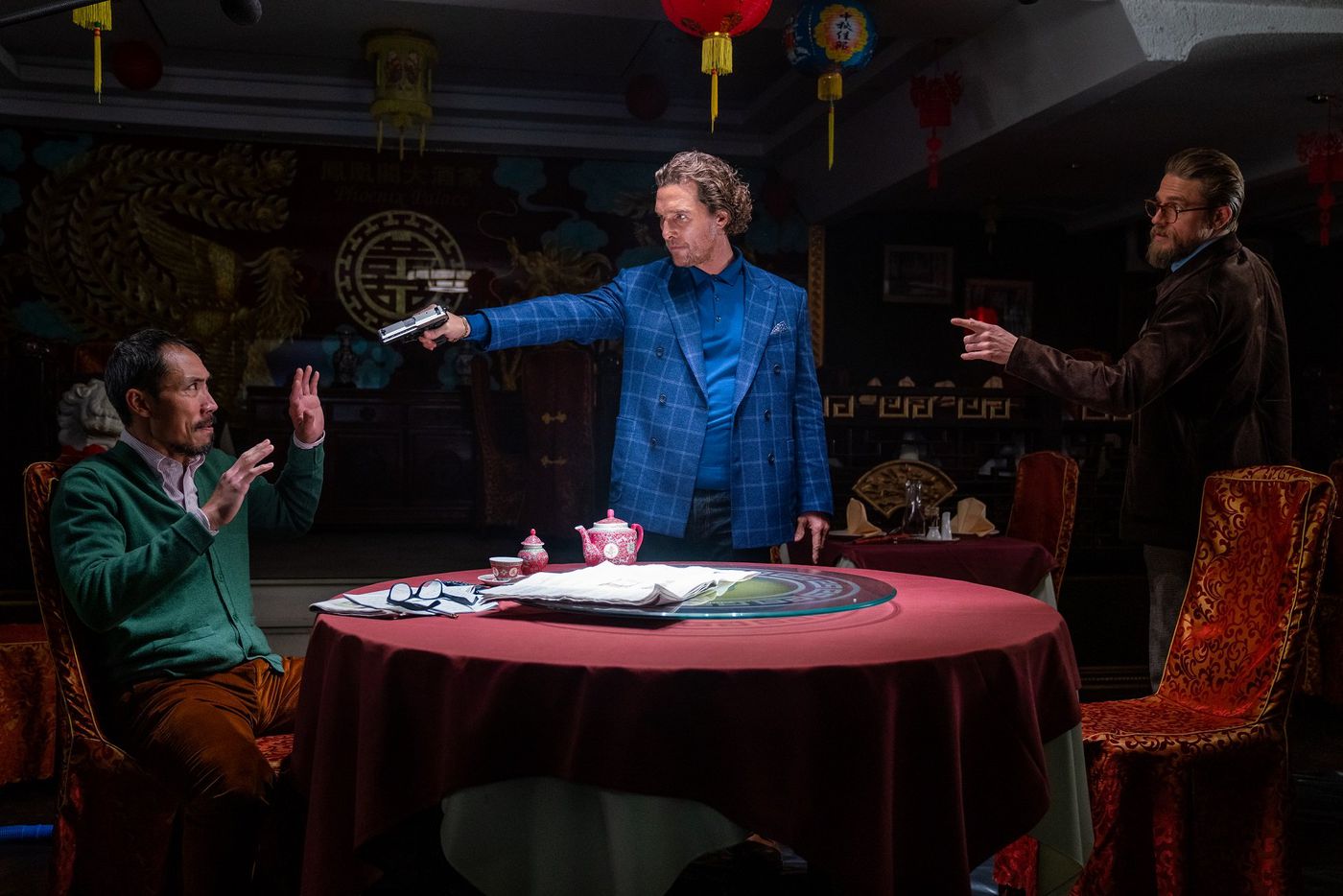 Guy Ritchie has returned to the UK gangster movie scene with his latest, The Gentlemen. The director made his name with Tarantino-esque offerings in the subgenre like Lock, Stock and Two Smoking Barrels (1998) and Snatch (2000). Those two flicks in particular have gained quite the cult followings over the years.

In more recent years, however, Ritchie has stuck more with big studio pictures such as Sherlock Holmes (2009), King Arthur: Legend of the Sword (2017), and Aladdin (2019). Many of Ritchie’s biggest fans love those early films, though, and some have said that The Gentlemen is a return to that form. Has it been worth the wait?

The Gentlemen zigzags through a tale of criminal affairs as it tells the story of Mickey Pearson (Matthew McConaughey), a drug dealer who plans to sell off his marijuana empire. This sets off a bunch of schemes and attacks by other gangsters as they try to take Pearson’s business out from under him. Most of these events are recounted to the audience by a determined tabloid reporter named Fletcher (Hugh Grant, clearly having a blast), who discusses terms for his information with Pearson’s right-hand man Raymond (Charlie Hunnam).

Ritchie’s screenplay, based on a story written by him, Ivan Atkinson, and Marn Davies, is a case of much ado about nothing. It features a lot of colorful characters and tasty dialogue, but all of it is dedicated to a jumbled plot with familiar gangster trappings. A subplot or two could have been trimmed and not much of weight would have been lost. 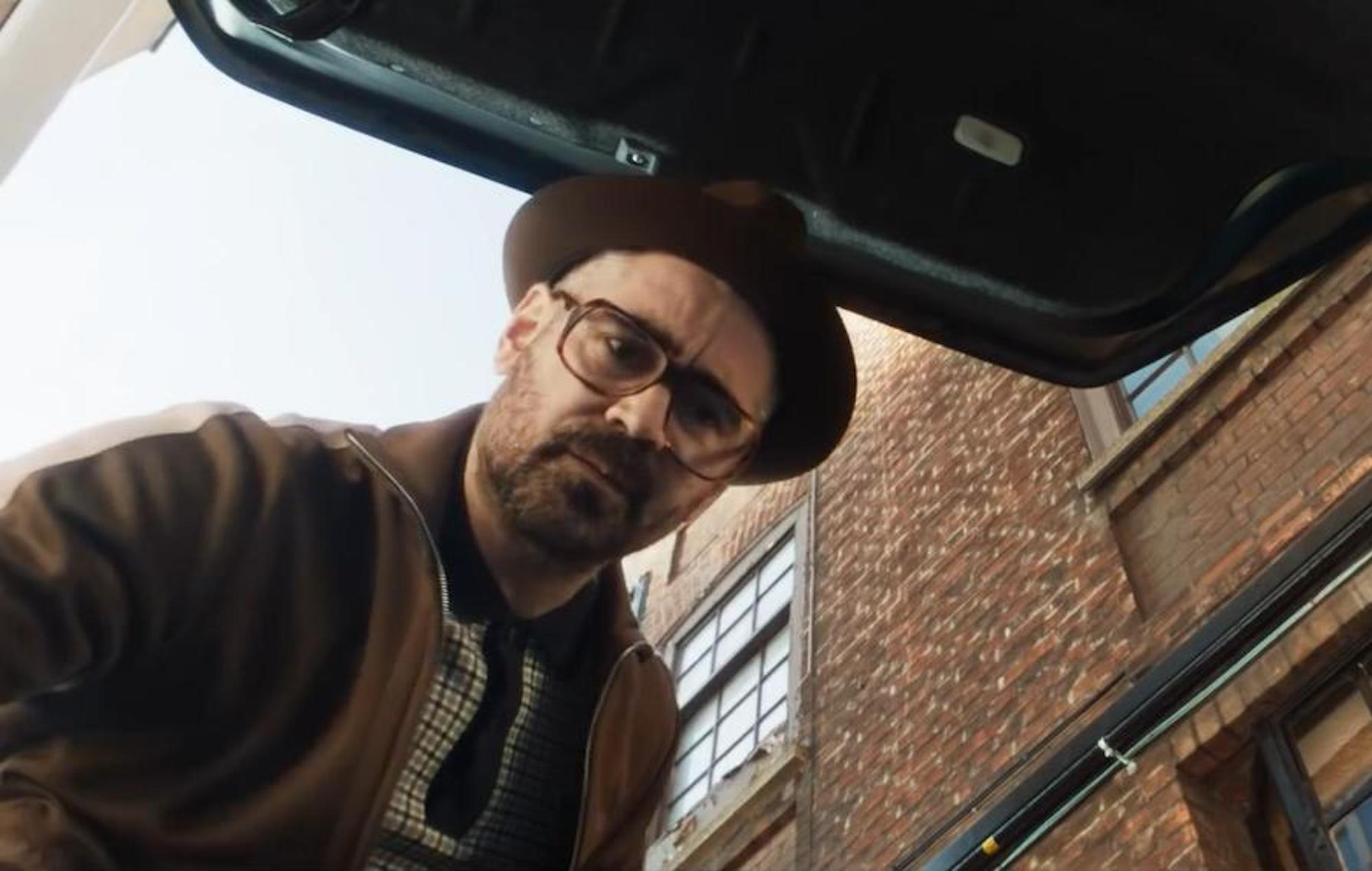 While the script might be all over the place and doesn’t take the time to savor little moments (except one great scene with Hunnam in an apartment), Ritchie still directs the material with a stylish and meticulous hand. In some of Ritchie’s lesser work (like King Arthur), his rushed pacing and manic scenes can become exhausting. While he uses a lot visual gimmicks here, they mostly work well and he doesn’t lose his actors’ fine performances in the process.

Speaking of those performances, the cast here is a lot of fun. Hunnam and Colin Farrell (as a boxing coach) especially impress; Farrell maybe hasn’t been this funny since the brilliant In Bruges (2008). The two have a back-and-forth dialogue exchange involving a pig that is priceless. Joining the supporting players are talents like Henry Golding, Michelle Dockery, and Eddie Marsan. The only weak link is Jeremy Strong, who feels out of place as a stuck-up rich guy who wants to buy Pearson’s business.

The Gentleman is entertaining nonsense, capturing the flair of Ritchie’s early work but also not bringing anything new to the table. That will be enough for some who just want good old-fashioned gangster entertainment. It worked for me enough of the time. The film may not have much meaning, but it does have enjoyable scenes that rewind themselves and title cards that call people nasty expletives. You don’t get that with most of the dramas of the week. 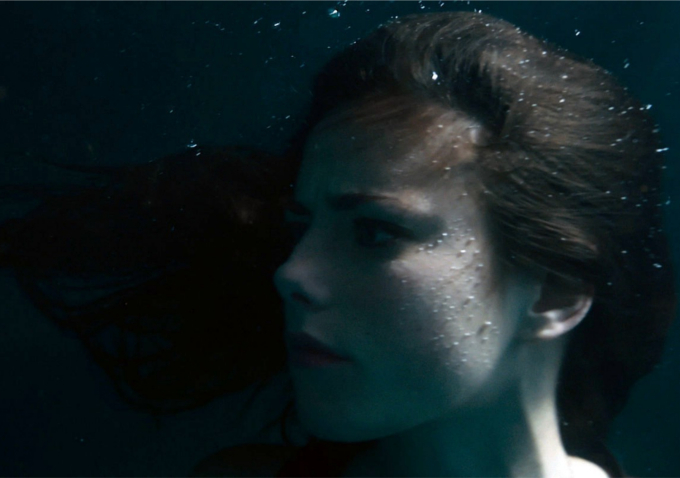 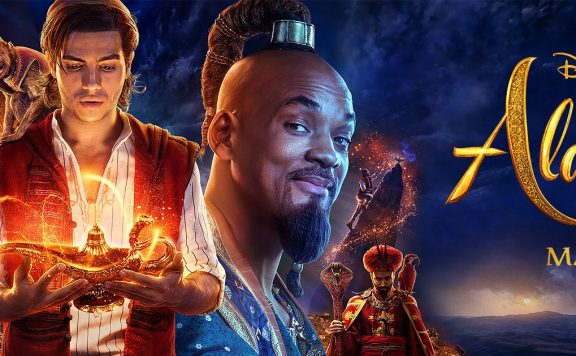