A major hit in London, Danny Robins’ thriller “2:22 A Ghost Story” has manifested itself at the Ahmanson to less than haunting results. Claimed to be a nerve-shredding, tense experience, the four-person show might have been a suspenseful experience over the pond, but in Los Angeles, something is lost in translation.

Now set in Boston, the play centers on new mother, Jenny (Constance Wu, Crazy Rich Asians), and her husband, Sam (Finn Wittrock, American Horror Story), who have moved into an old home and are in the middle of remodeling it. However, something isn’t right in the house, and when the couple throws a dinner party for their college friend Lauren (Anna Camp, True Blood) and her new boyfriend Ben (Adam Rothenberg, Ozark), she reveals what she thinks is going on.

Jenny thinks the house is haunted. According to her, she heard footsteps circling her baby’s room and a sort of “crying” sound. And it’s happened for the last three nights at exactly 2:22 am. Sam has been away for work, so he hasn’t been witness to it, and now that he’s back, he doesn’t seem to be all that interested either. 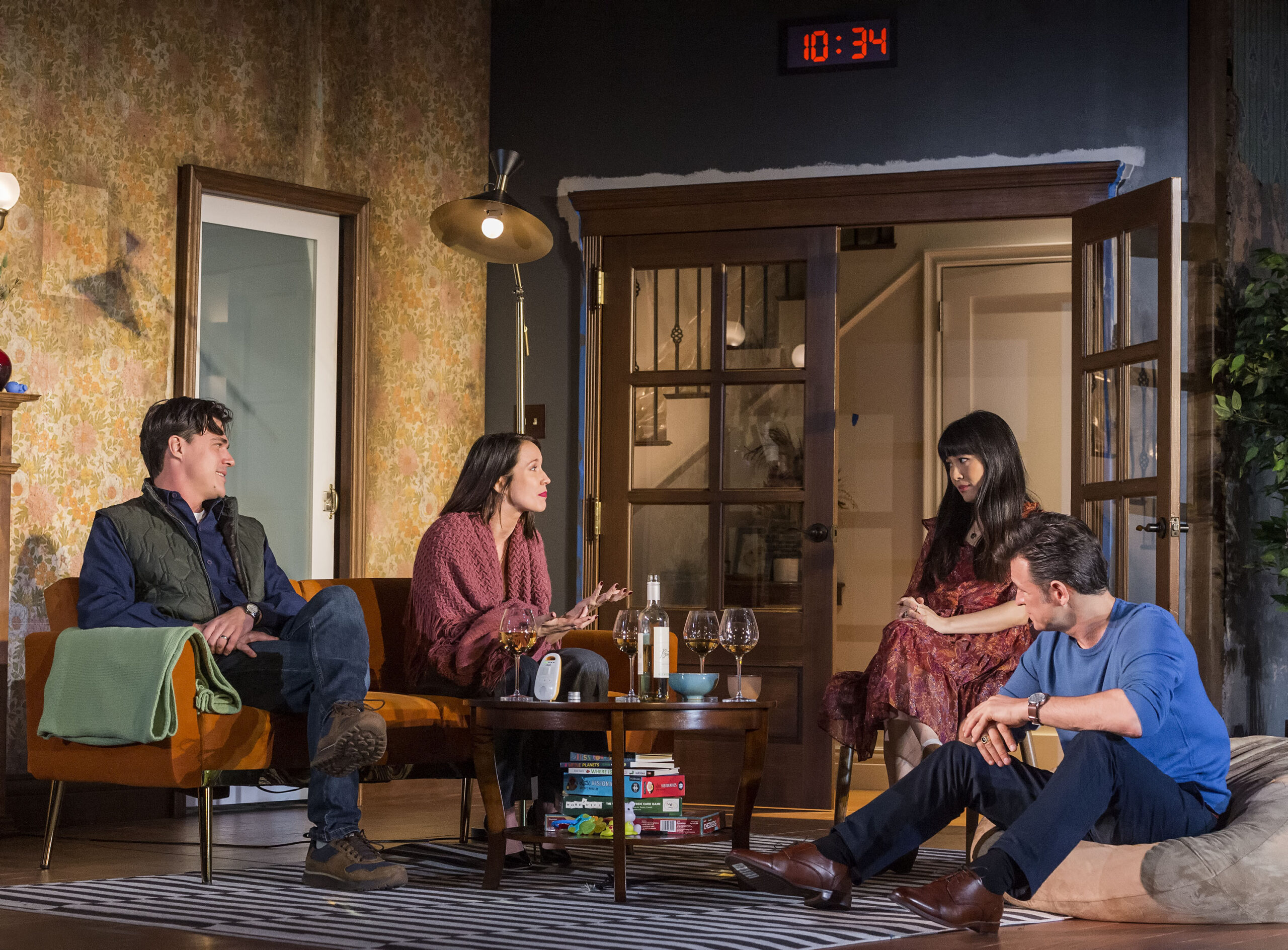 As happens in these types of ghost stories, no one believes Jenny, so she insists her friends stay over until 2:22 so she can prove to them and her husband she isn’t crazy. Meanwhile, the characters flail about having inconsequential conversations, talking about their college days, listening to the new boyfriend admit he believes in ghosts, and having some mildly interesting discussions about the afterlife.

As this occurs, Lauren drinks a lot, Sam is kind of a jerk, and Ben tries to navigate the trio of old friends who he clearly doesn’t fit in with. Yet honestly, all they do is yell, argue, and disagree. Not one character is compelling or likable, and oftentimes they all seem to forget that there is a haunting potentially going on. In fact, for Jenny to keep leaving her child in another room when she fears something or someone has been in their home is, frankly, ridiculous. 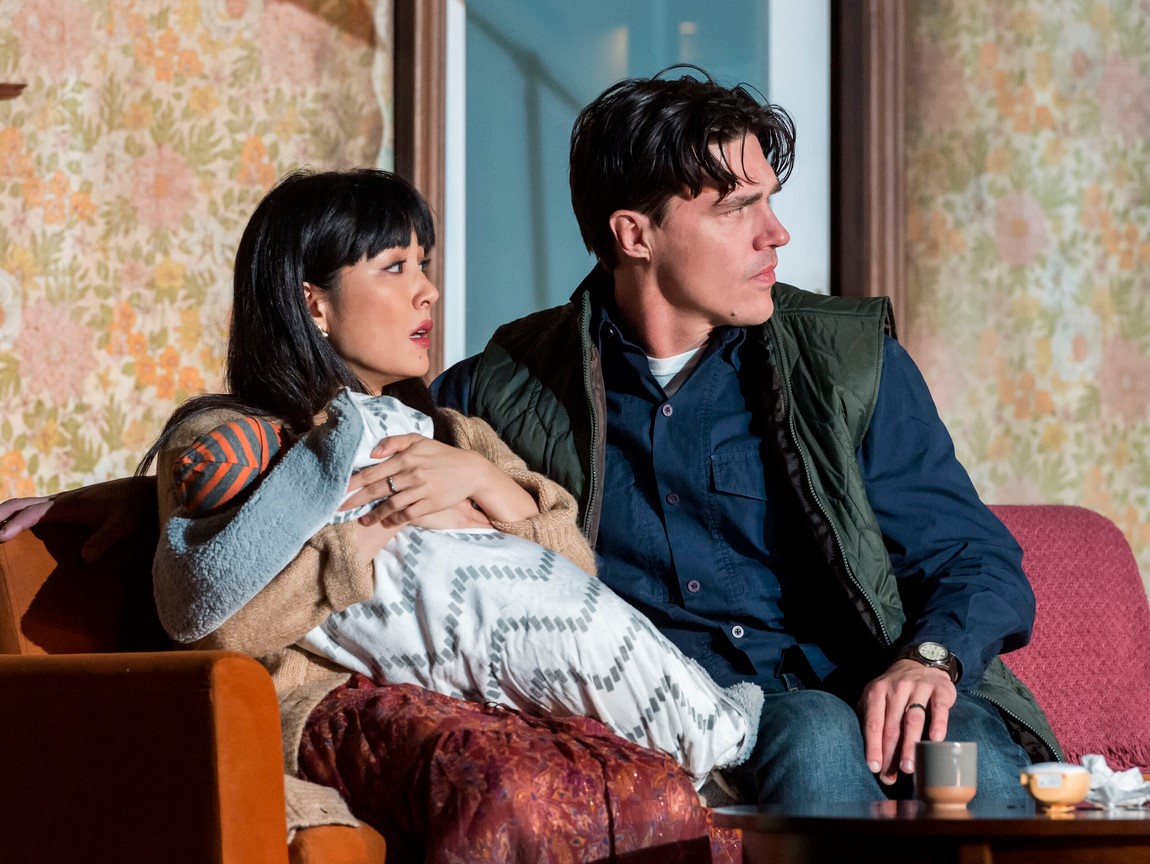 Robins tries to throw in elements that should creep us out, but not one of them is effective. There are no scares except between scene changes when the lights go out, and the entire stage is framed by red neon, and the audio cranks up a woman’s scream. This happens about six times, and it’s not only pointless and obnoxious but begins to annoy the audience.

Strained by a lackluster script (with a terribly cliché twist ending), the actors struggle to connect and oftentimes come across poorly. Rothenberg is the most successful, but he was so soft-spoken it was almost impossible to hear his dialogue. Everyone else is over-the-top and tonally all over the place. They laugh and drink and reminisce, all while an entity might be in their home and after Jenny and Sam’s kid. It doesn’t make a lot of sense. 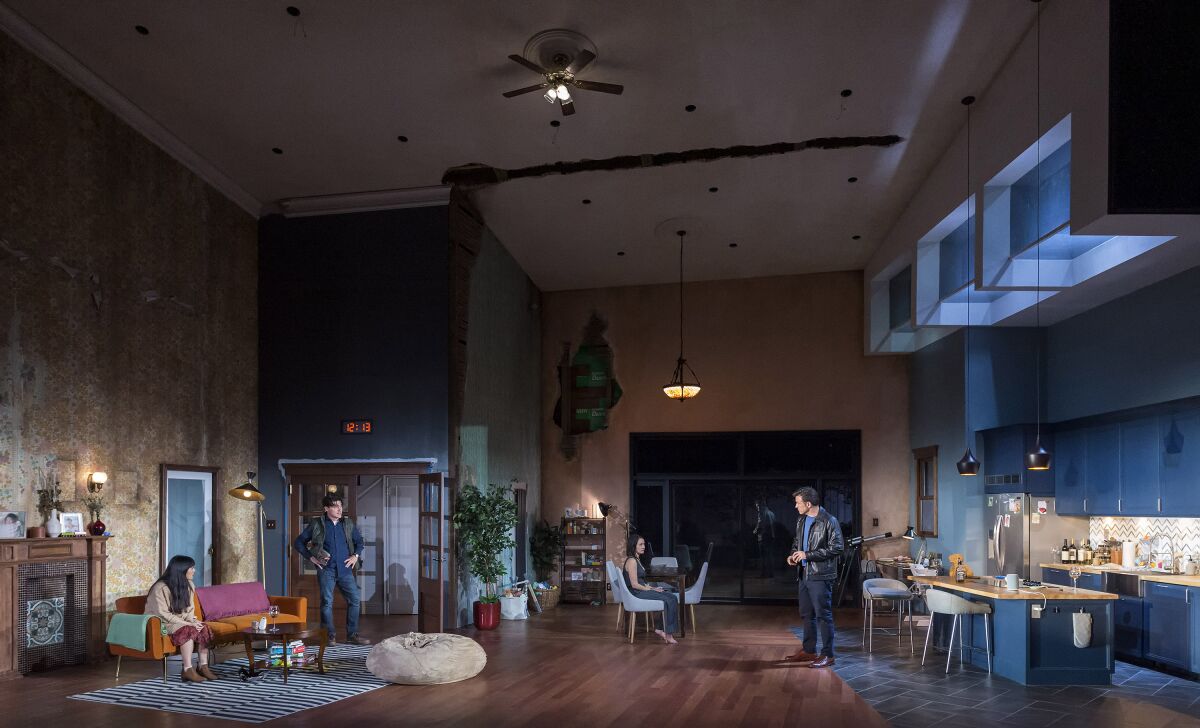 I’d fault director Matthew Dunster for this. The play is supposed to bring a feeling of dread as we wait for 2:22 to happen and for the haunting to be revealed. Instead, the ghost aspect of the story keeps taking a seat to the character’s other self-involved issues; the problem is that they aren’t interesting. Any theme or point is lost in the potential mystery, and any character reveals feel derivative.

I like every actor here, but this play doesn’t do them any favors. I wonder if having the play set in London and in a smaller theater might have created a different experience. Here, it seemed overly commercial and too small for a stage like the Ahmanson. It left me anticipating 2:22 to arrive, not to find out what was haunting our main couple but to finally be able to go home.

“2:22 A Ghost Story” runs through Dec. 4th at the Ahmanson Theater in DTLA.
For more information and tickets, please visit www.ctg.org. 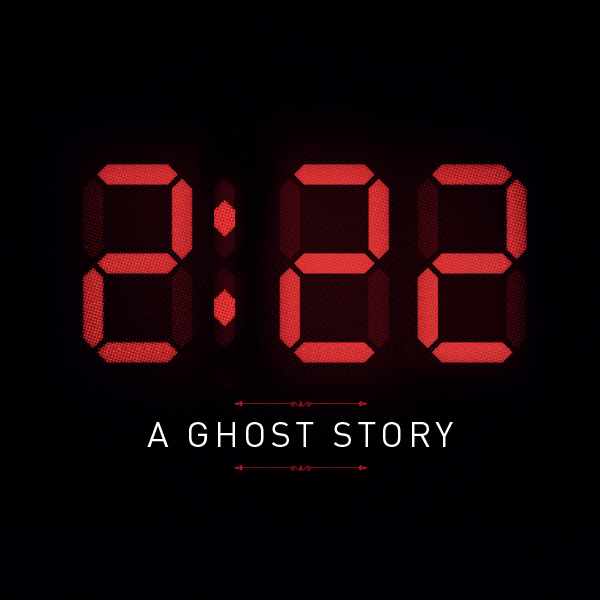 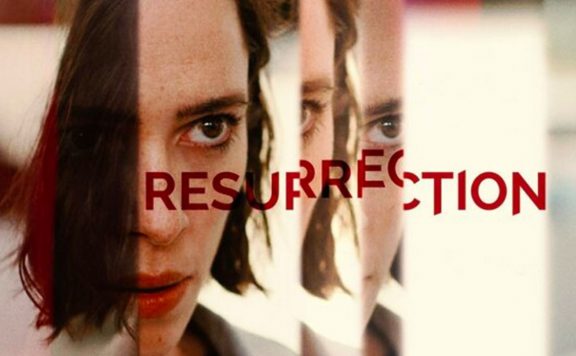 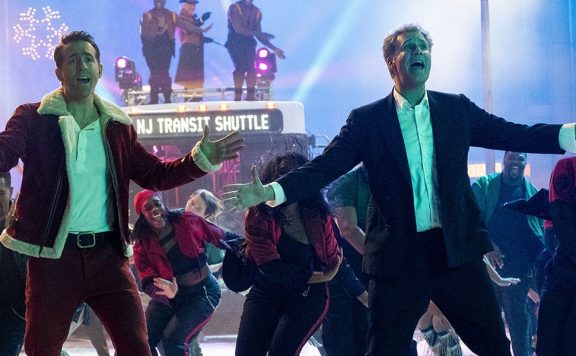 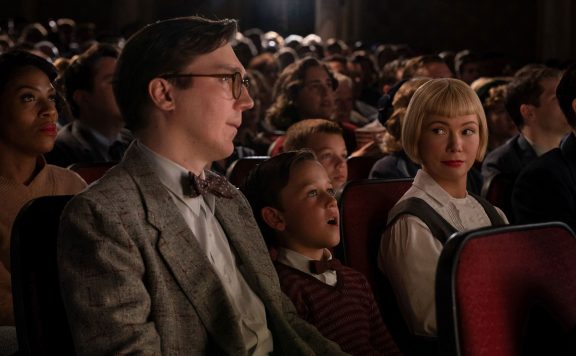 Jenny (Constance Wu) believes her new home is haunted, but her husband Sam (Finn Wittrock) isn’t having any of it. They argue with their first dinner guests, old friend Lauren (Anna Camp) and new partner Ben (Adam Rothenberg). Can the dead really walk again? Belief and skepticism clash, but something feels strange and frightening, and that something is getting closer. So, they’re going to stay up until 2:22….and then they’ll know.
0
Average User Rating
0 votes
Please sign in to rate.
Cast:Adam Rothenberg, Anna Camp, Constance Wu, Finn Wittrock
Director(s):Matthew Dunster
Writer(s):Danny Robins
Genre:Drama, Horror, suspense 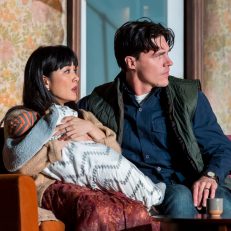 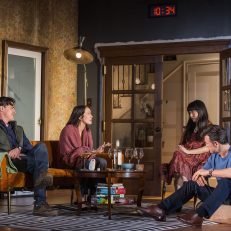 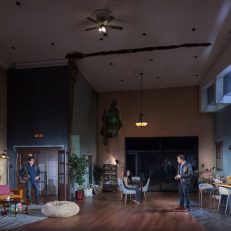 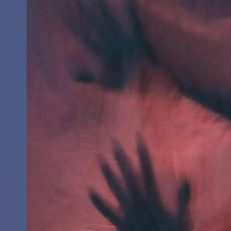 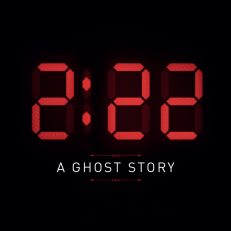