Universal Studio’s “Halloween Horror Nights (HHN)” rises from the grave for its annual tradition of thrills and scares that only Universal can conjure up!

The eagerly awaited yearly event started early this year and features eight mazes (some new!) and the infamous Terror Tram.

For the uninitiated, HHN is held after hours at Universal Studios Hollywood, and while there are eight mazes for guests’ spooky pleasure, it’s the surroundings that are half the fun. With ghouls and goblins chasing guests throughout the park, jumping out of the shadows, and brandishing chainsaws, escaping certain doom is part of the experience! 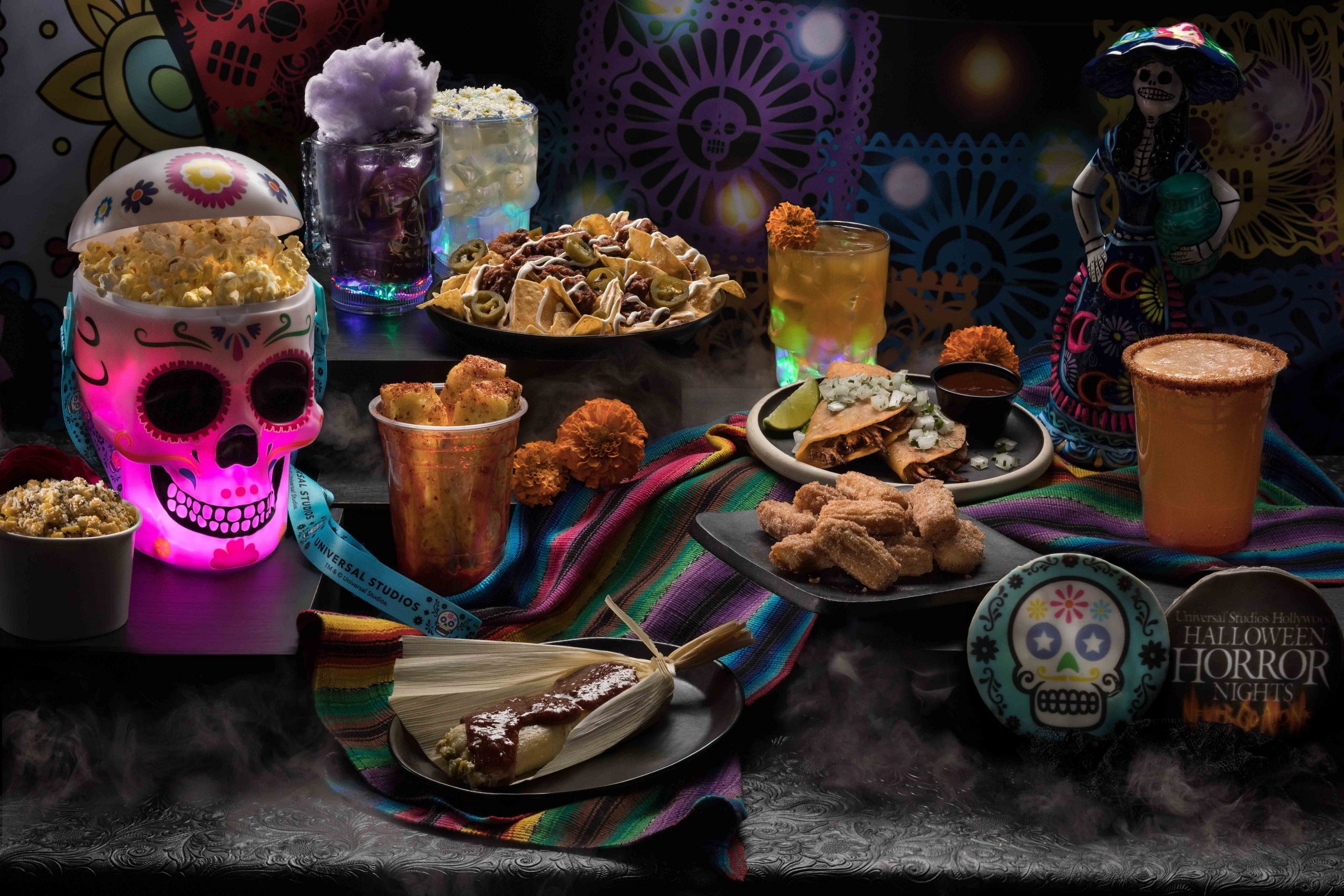 Food and spirits are available throughout the park to add to the festivities, and terrifying music can be heard throughout. But it is the mazes that are the jewel in the crucifix here, and they are plenty.

While it might seem like an odd choice (and it is), The Weeknd has his own horror maze this year. Why does a pop star have a scary maze at Universal Studios, you ask? I asked the same question (not being really well-versed in his musical catalog) and found out that his last album featured a variety of unnerving videos that link nicely to the aesthetic here. It’s a bit weird to see a pop star being beheaded and electrocuted, so to be honest, the maze had me giggling, but fans might get a kick out of it. 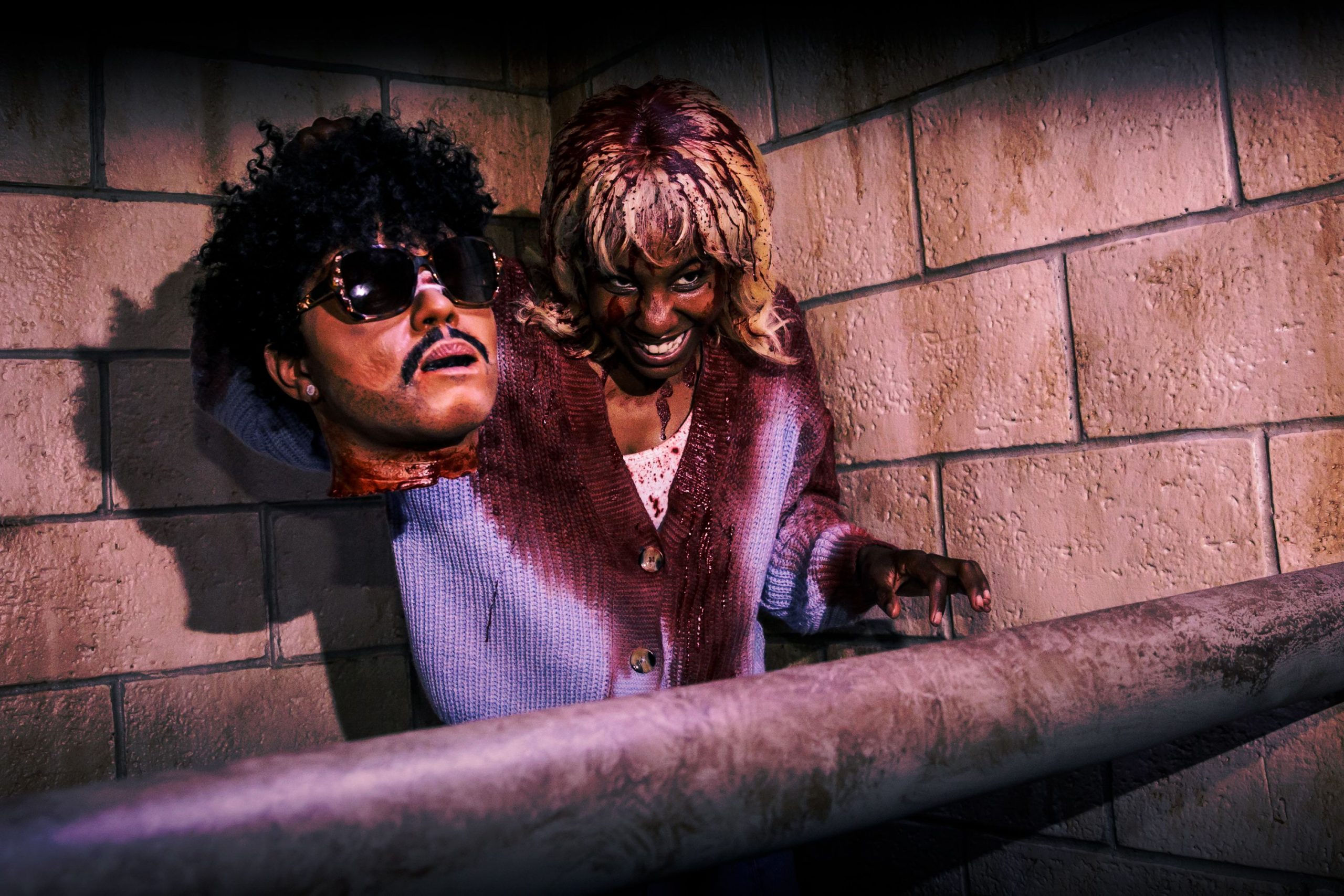 While Universal has done mazes featuring Michael Myers in the past, they’ve returned this year to the one that started it all: 1978’s Halloween. Park guests enter the infamous Michael Myers house running into his younger clown-clad self before witnessing the death of Laurie Strode’s friends Lynda and Bob (not to be confused with the parentals of Bob’s Burgers) before running into Laurie herself. Of course, Michael keeps popping out of the shadows to swing his butcher knife and try to make you his next victim. 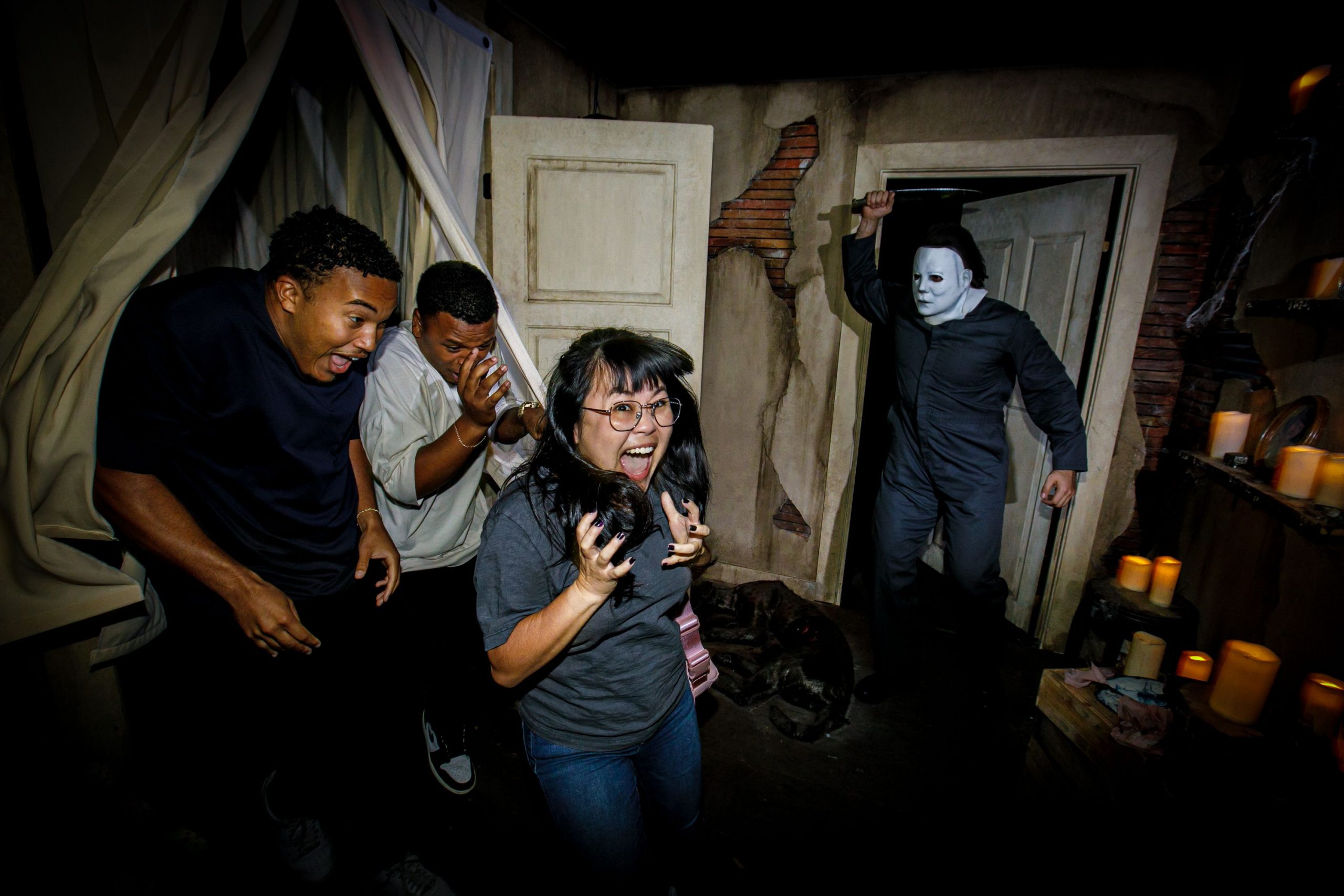 Returning favorite Killer Klowns from Outer Space is always a hoot with its carnival-themed design and the goofy, murderous clowns giggling and laughing as they leap out to frighten you… to death. 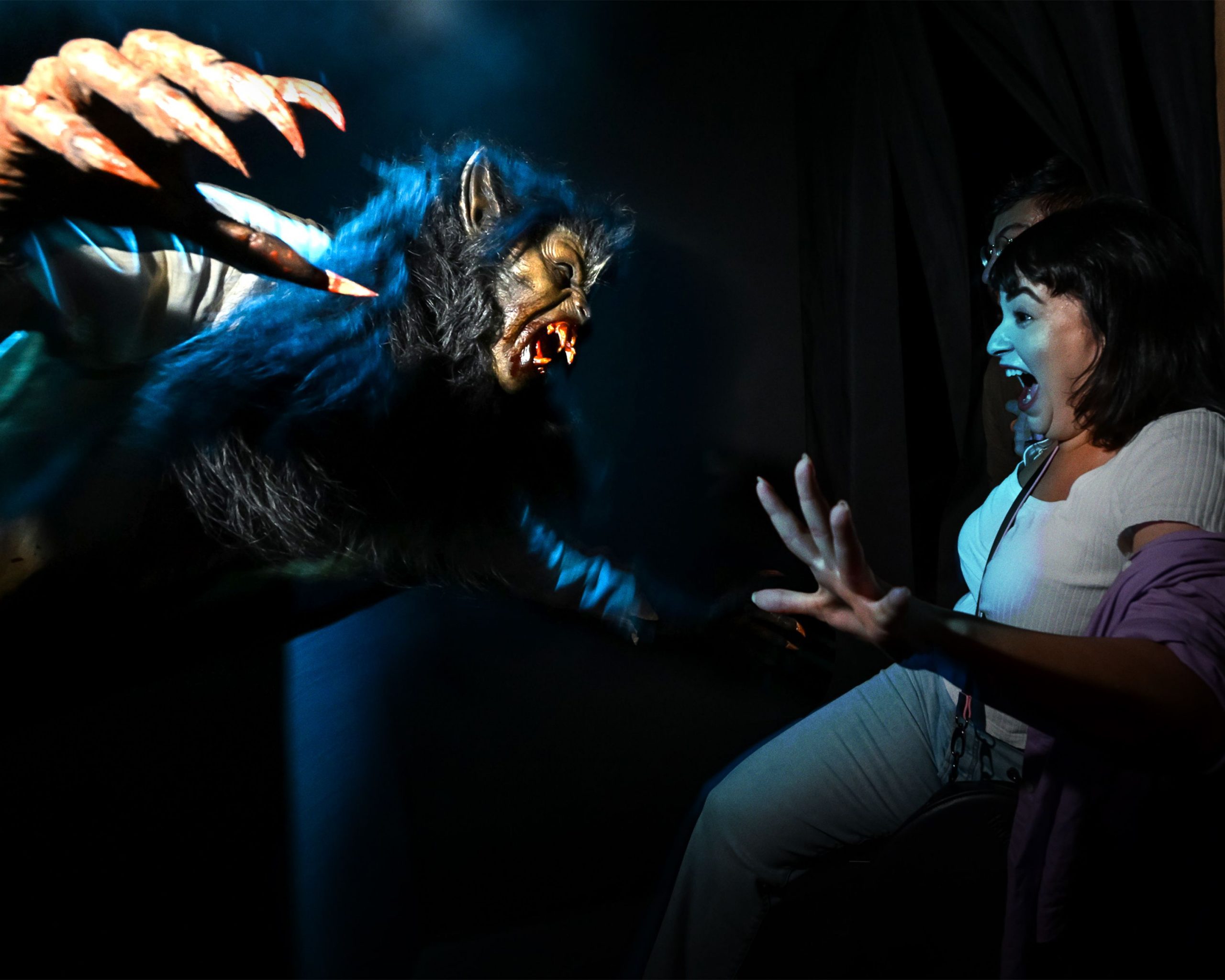 Other mazes include “La Llorona: The Weeping Woman,” “Scarecrow the Reaping,” and “The Horrors of Blumhouse,” featuring their hits “Freaky” and “Black Phone.”

To top it all off is the “Terror Tram,” which drops guests off in the middle of a murderous frenzy, only to end up at a bizarre Halloween party at Bates Motel, past Norman’s house (photo op available), and through the War of the Worlds plane wreckage filled with more murderous psychos, eventually spitting guests out into Jupiter’s Claim from Nope where the red jumpsuit-wearing creeps from Us stare at you from the set of Jordan Peele’s latest. 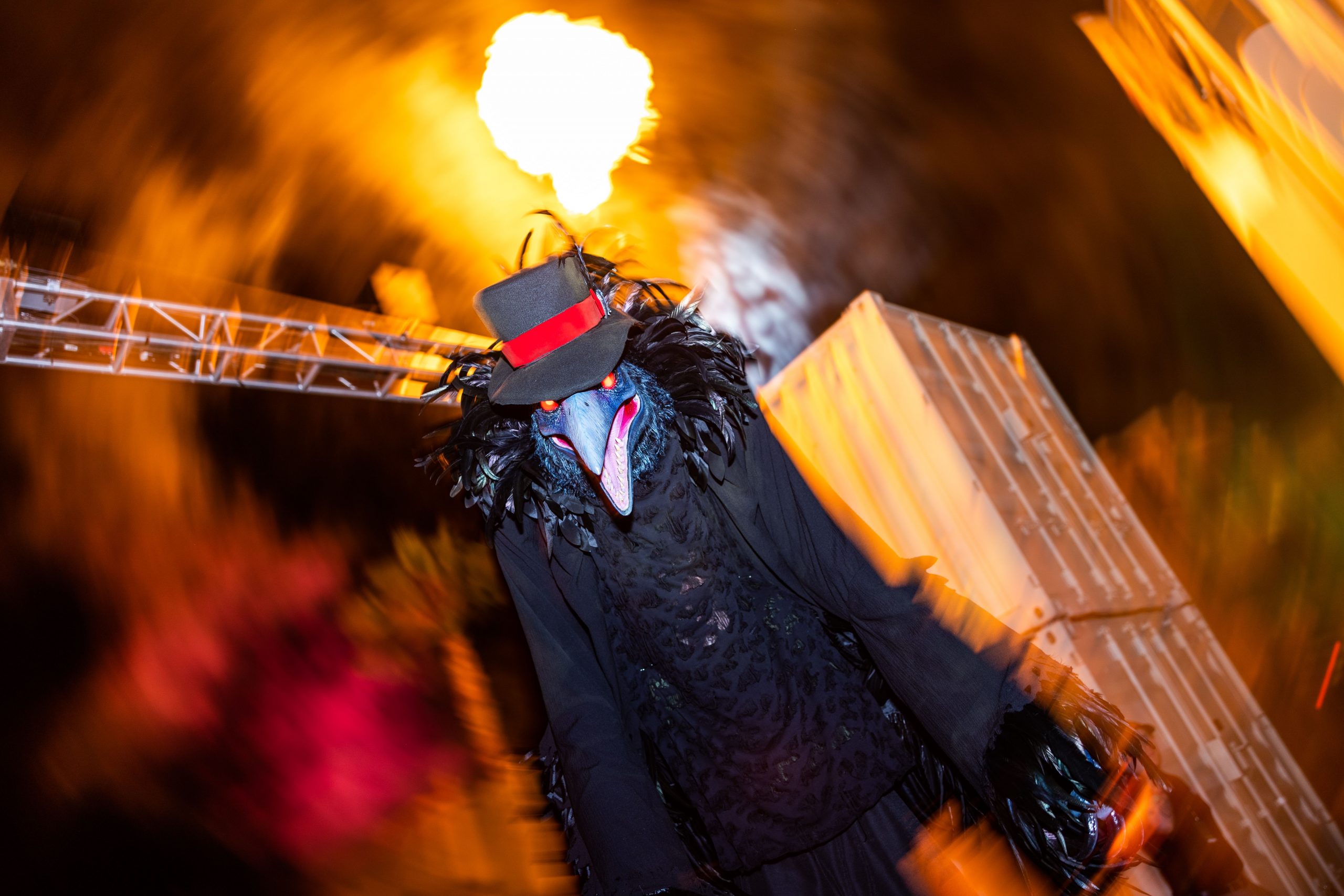 If I were to pick the event apart, I would say that it’s disappointing that a movie studio resorts to mass-produced Halloween masks rather than actual makeup, and some of the effects could be more immersive. At times the settings feel cheap with random mannequins laying on the floor in various grotesque positions or Dracula popping out at you with a floppy, latex mask anyone can get on Amazon. For the price of admission, they could afford to do better.

All in all, though, it’s a fun night of Halloween scares among fans who love the season and enjoy a good fright!

For information and tickets, visit universalstudioshollywood.com/hhh/en/us. 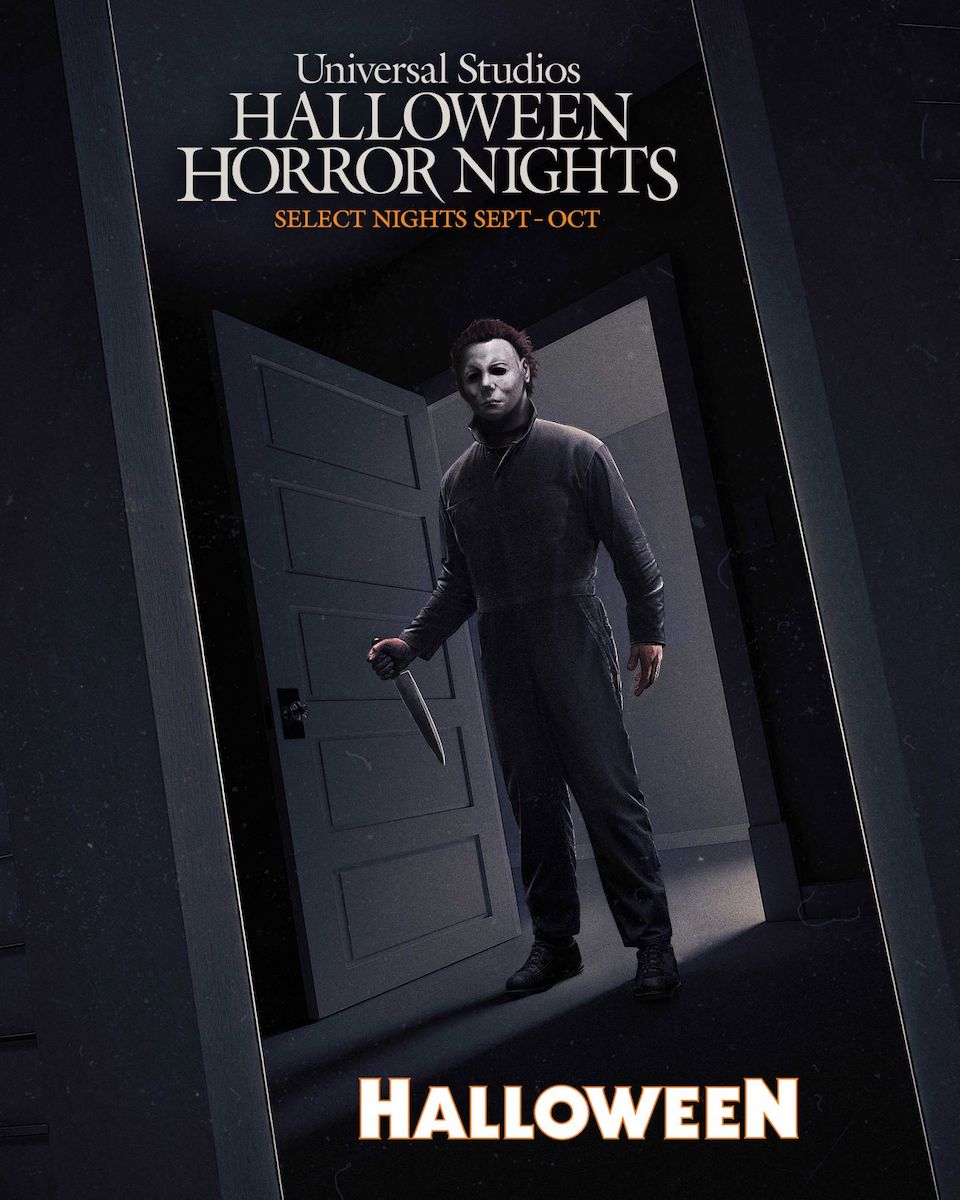 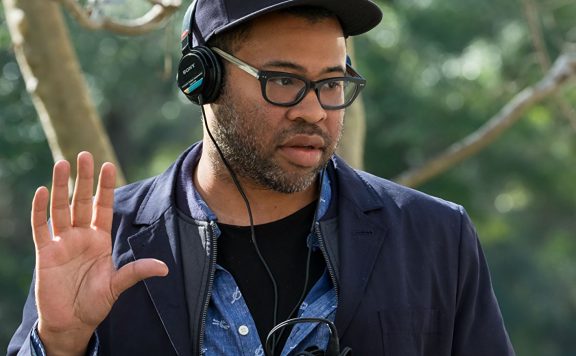 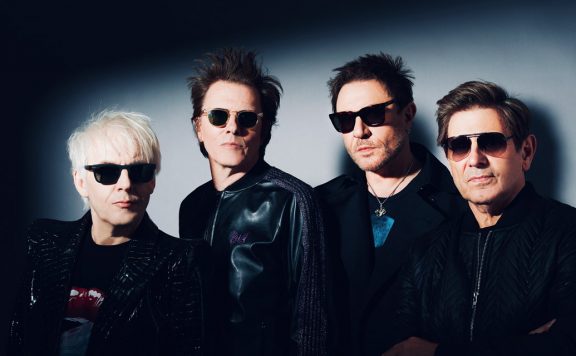 Universal Studios in Hollywood conjures up scares and laughs with its annual celebration of Halloween and horror movies.
0
Average User Rating
0 votes
Please sign in to rate.
Studio(s):Universal 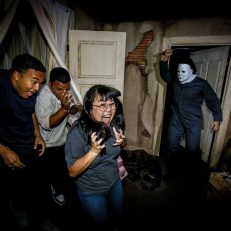 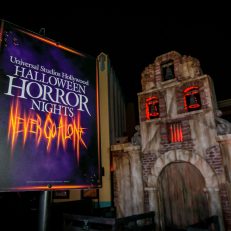 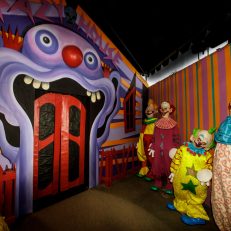 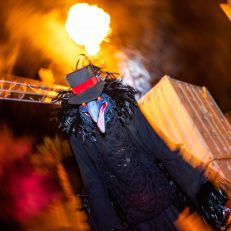 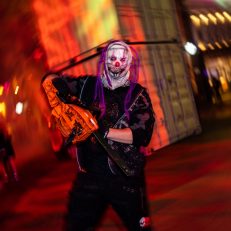 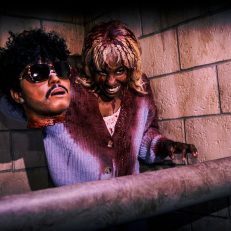 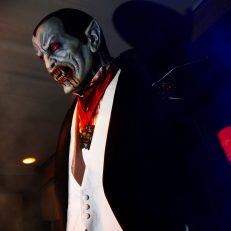 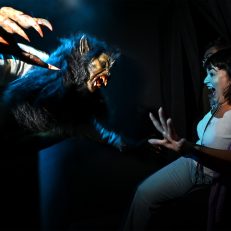