The consequences are crazy in Who You Think I Am when fifty-something divorcee Claire (Juliette Binoche) catfishes a twenty-something man, Alex (François Civil), and things—as they always do in these situations—spiral out of control. The whole sordid story is revealed in a series of flashbacks as Claire tells her heart-wrenching story to her new therapist, a sphinx-like Dr. Catherine Bormans (Nicole Garcia).

It all begins with a casual affair. Although they have a sizzling physical connection, cougar Claire can’t keep the interest of her young lover Ludo (Guillaume Gouix). It seems to be inevitable now, Claire being dismissed by the male species: her husband traded her in for a younger model, her two sons barely give her the time of day, Ludo “unfriended” her IRL, and even strangers look right through her as she were invisible. The only way she can think of to rectify this vexing situation is to pretend she’s someone else—a blonde, beautiful, babelicious someone else. She creates a fake Facebook account as “Clara” and befriends Ludo’s flatmate, Alex, hoping to get some intel on her erstwhile boy toy. But then something unexpected happens—Alex and “Clara” fall in love via sliding DMs and whispery phone-sex sessions. Of course, he wants to meet her in person… 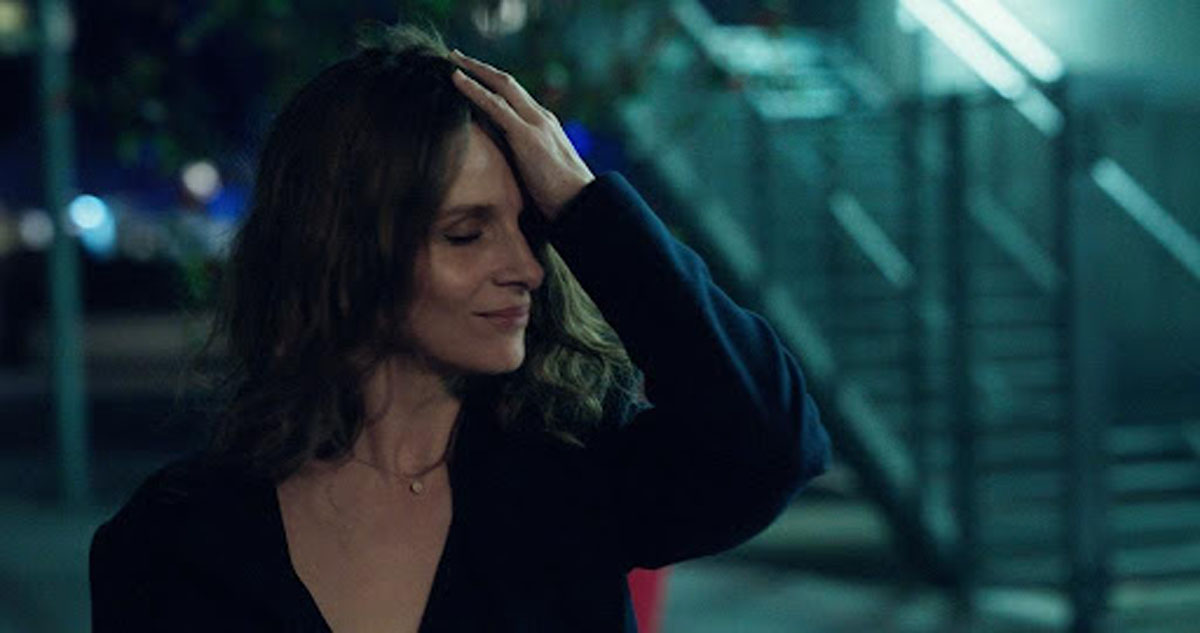 As she recounts the tale to her therapist, Claire tries to justify her actions, and we feel for her. In one session, she calls social media “both the shipwreck and the life raft” and describes the almost narcotic effect of having the power to reinvent herself as she saw fit. Was she ever really in love with Alex, or was it the thrill of being someone else that made her go to the point of no return? Intercut between texting, therapy sessions, and flashbacks are glimpses into Claire’s real, everyday life as a professor of literature—naturally, she’s discussing Les Liaisons Dangereuses with her class at this moment in time.

As the story unfolds, there’s a twist and turn that make you wonder whether Claire is an unreliable narrator—and perhaps a bit unhinged, too, as she tries to draw Dr. Bormans into her salacious tale, asking her if it turns her on and what she’s thinking when patients are baring their souls. Both are women of a certain age. When Claire asks Catherine if she misses being young and, in the eyes of the world, desirable, a wistful understanding passes between them, connecting them for just a moment not as patient and doctor but as women. 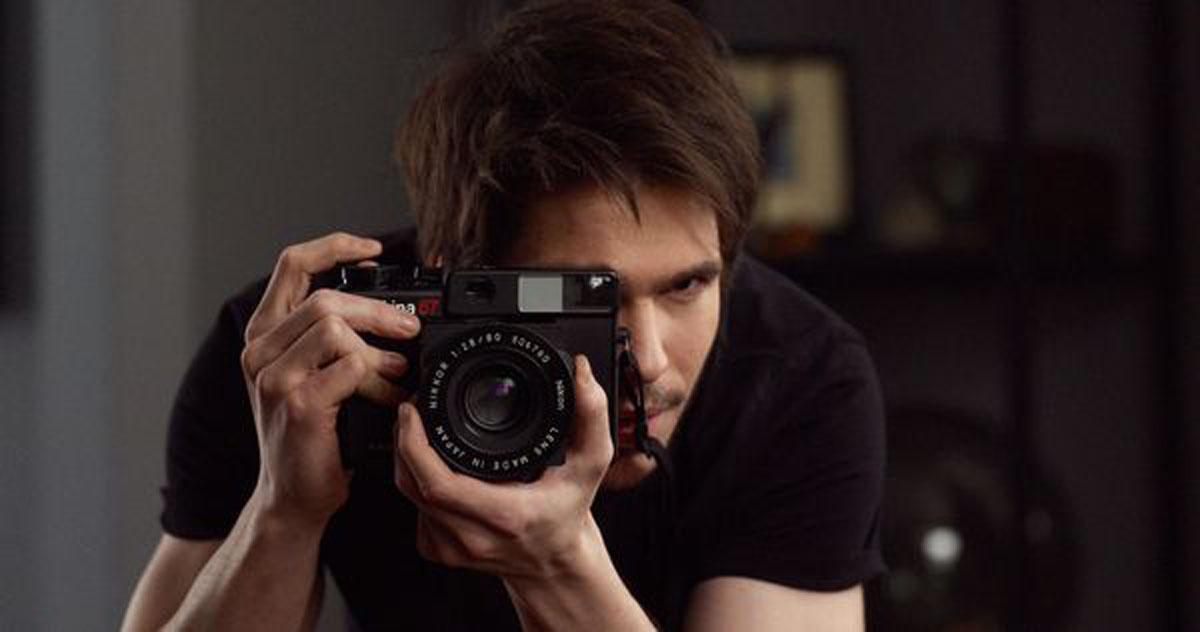 There are a few jaw-dropping moments as secrets come to light—some more expected than others. When all is said and done, this is Binoche’s show; it’s her face, often in extreme, unflinching closeup, we see onscreen most of the time, and she draws us into Claire’s real/imagined life with her raw and vulnerable, yet precisely calculated, presentation. She’s naked both literally and figuratively in Who You Think I Am, adding yet another fearless, full-figured performance to her impressive body of work.

While the subject matter lends itself to some rather static scenarios (one’s eyes do tend to glaze over at the back-and-forth DMs and phone texts, on top of the subtitles), director Safy Nebbou keeps things lively with lush cinematography, brisk editing, changes in scenery, and some deft bait-and-switch in the narrative (he co-wrote the story with Julie Peyr, and novelist Camille Laurens). The archetypical characters are at least complex, and the story is gripping, if not entirely original. Who You Think I Am is reminiscent of the classic Henri-Georges Clouzot thriller Les Diaboliques (1955) but has the voyeuristic, topical undertone of a current episode of Catfish: The TV Show.=

Who You Think I Am is an enthralling, thought-provoking thriller about interior lives, public personas, and how a beautiful yet aging woman navigates a minefield of possibilities in an ever-evolving world. It’s one of the better films I’ve seen this year. 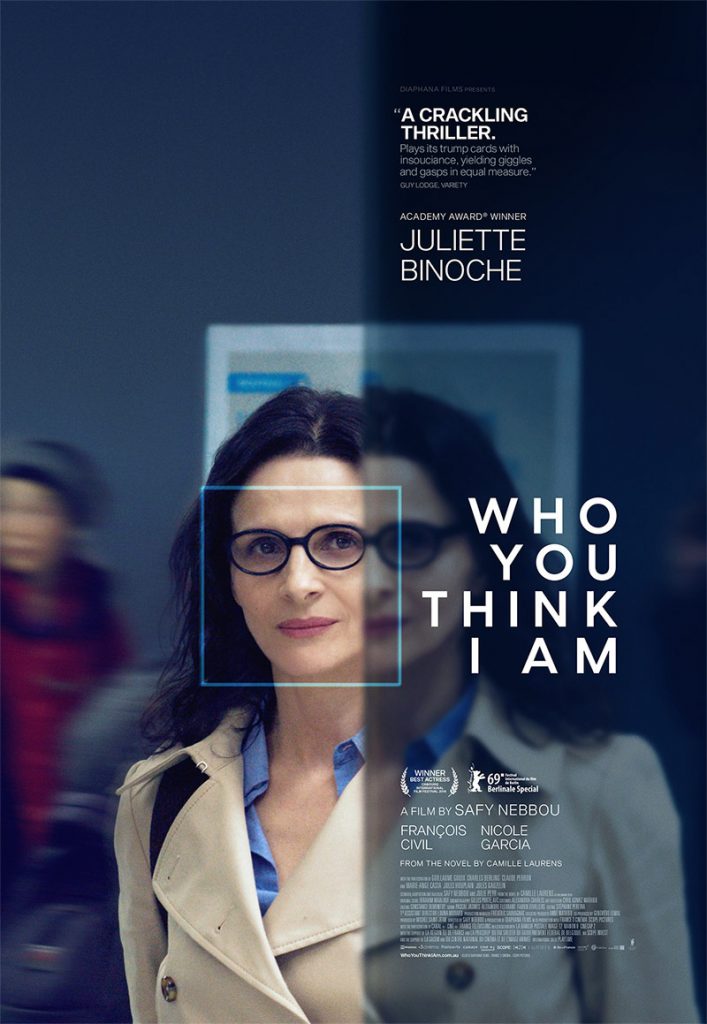 ‘Who You Think I Am’ Review: Catfish in French Seems Way Classier