Star Wars: Secrets of the Empire:  A VR Experience You Won’t Forget

If you’ve ever wished to be in the middle of the Star Wars universe, you’ll be thrilled to know The VOID offers a fully-immersive virtual-reality experience at its recently opened location at the Downtown Disney District in Anaheim, California. The VOID teamed up with Lucasfilm and ILMxLAB to bring cutting edge technology that’ll transport you to a galaxy far far away. Star Wars: Secrets of the Empire is set between the time period of Star Wars: Episode III and Rogue One, where participants go on an undercover mission to retrieve top-secret cargo.

I got to experience this for myself this past weekend and I spend most of the time with an open-mouth expression and making “Oohs” and “Ahhs” sounds. The experience is described as fully-immersive, and they weren’t kidding. From the moment you check-in, you’re spoken to as a member of the Rebellion about to depart on a top-secret mission. After a briefing from Cassian Andor, you’re equipped with the VR headgear and backpack vest. The cast members thoroughly talk you through how to put on the equipment and ensure it fits comfortably. Once geared up, you’re ushered into a room where the experience begins.

There are multiple rooms and sets to interact with, and what you see on the VR headset you can also touch and feel. The mission sends you (disguised as a Stormtrooper) to Mustafar and while you’re on the lava planet, you can actually feel the heat. That’s right, this goes beyond seeing and hearing. By that point, I was on sensory overload and grinning from ear-to-ear. The secret mission takes you through various rooms where you have to solve puzzles in order to progress forward with the story. Just when you thought you’re locked in a room with no way out, you work out the puzzle and the cargo door slides open. The door that you thought was closed is now fully accessible. You’re also equipped with your own blaster to defend yourself against Stormtroopers. Contrary to what we’ve seen from Stormtroopers, the aiming on the blasters was quite accurate. There were also easter eggs and nods to other Star Wars canon such Star Wars: Rebels if you’re paying enough attention.

The VR technology really blew me away. You’re completely surrounded by the Star Wars universe and all the effects you see as you navigate through the facility is in real-time. The headset and backpack vest never got in the way and I was able to communicate with my teammates, press buttons on control panels to access doors and elevators, and have a shootout with Stormtroopers. When I stepped off the spacecraft and onto a tall, moving platform, a slight fear of heigh came rushing in. I was careful to not misstep in fear of falling into the lava below even though it’s not possible in reality. I was extremely worried about feeling dizzy from the VR headset but it never bothered me. In fact, once the experience started, it didn’t even cross my mind. I was too busy enjoying being inside the Star Wars world. 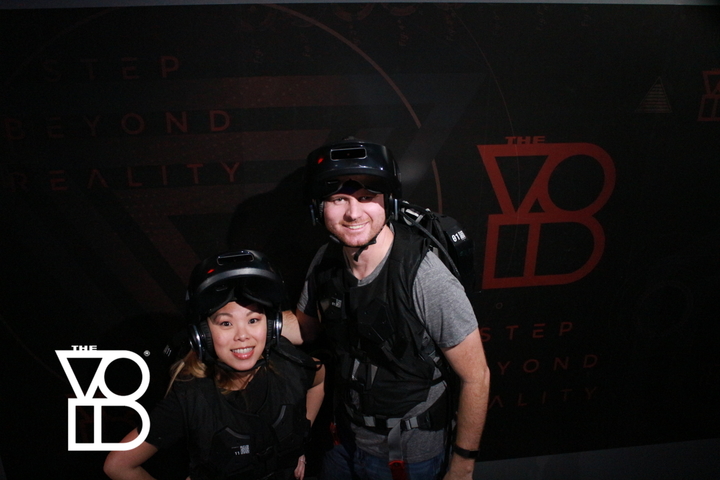 For the experience, you’re sent in in groups of four. While we never bumped into each other, it did get a little crowded in smaller rooms while we were trying to solve the puzzle. Being on the smaller side, I couldn’t see past everyone else. So unless you’re planning to do this with three of your friends, I think the experience would be more enjoyable in pairs.

The VOID VR Experience: “Star Wars: Secrets of the Empire”

Star Wars: Secrets of the Empire:  A VR Experience You Won’t Forget If you've ever wished to be in the middle of the Star Wars universe, you'll be thrilled to know The VOID offers a fully-immersive virtual-reality experience at its recen...
0
Average User Rating
0 votes
Please sign in to rate.