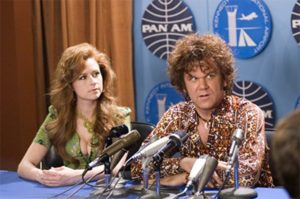 It is apropos that it has been 10 years since Walk Hard: The Dewey Cox story opened in theaters because I consider it the movie of the decade. It is a satire of the wave of musician biopics that were big in the mid ‘00s, most specifically Ray and Walk the Line, but it was so much more. In fact, Walk Hard is the quintessential American hero’s journey, regardless of its basis in cinema and music.

It would’ve been enough if Walk Hard were just a brilliant spoof of the acclaimed musician biopics. It mocks the cliches like blatant framing devices and adult actors playing the young versions of artists (today there’d be a CGI de-aging joke). By speeding up the cinematic shorthand of an artist’s journey, Walk Hard mocks the gross oversimplification of any artist’s years of work into two hours. Certainly, the instantaneous inspirations for Dewey’s songs mock the oversimplification of the work that goes into songwriting, as portrayed in movies like Ray (“Hit the Road, Jack”). 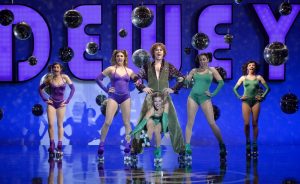 However, Walk Hard is also a trip through the 2nd half of the 20th century. Through the signposts of the decades, fictional singer Dewey Cox (John C. Reilly) becomes the vehicle through which everyone can figure out their lives. The hero’s journey is not about having a talent and being successful. It’s about making mistakes, but rectifying those mistakes to become a better person (a lesson many unfortunately forget these days). To encapsulate that, Dewey Cox makes just about every mistake possible so he can learn from it. 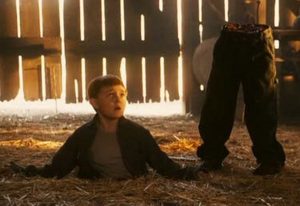 I think making these stepping stones of Dewey’s life absurd makes them truer. Free from the boundaries of reality, you can feel them deeper. Dewey is forever yearning for his father (Raymond J. Barry)’s approval, which will never reconcile with the guilt Dewey feels for his brother’s death. Only his brother dies in an absurd machete fight and “the wrong kid died” becomes a mantra for parental disapproval.

Like Jerry Lee Lewis, Dewey’s music courts controversy, only it’s the most harmless possible song about holding hands. His unsupportive first wife Edith (Kristen Wiig) continues with “you’re never going to make it” long after he’s made it, because really the very definition of making it is not listening to people who say you won’t. Dewey has a disability to overcome, but it’s just that he can’t smell so really it’s a metaphor for actual debilitating conditions. His joy at regaining his sense of smell is magnificent, embracing the bad and good smells, and a sign of his progress. Dewey becomes the absent father to many illegitimate children just like his father neglected him. 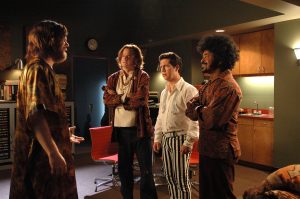 And you never paid for drugs. Not once.

Every artist with a biopic succumbs to their one drug of choice. Dewey is so universally relatable he does every drug there ever was: Marijuana, cocaine, uppers, acid and some that only get mentioned in dialogue. As absurd as that is (and probably unsurvivable in combination), it is true that there is an abundance of temptation. Everyone needs to be vigilant.

The final song, A Beautiful Ride, sums up everything Dewey learned. It took an entire life to find purpose. One always hopes we can find it sooner, but I’m more than halfway to Dewey’s age and there are still setbacks. He adds traveling not for business, which is not part of the movie but very reasonable advice still. 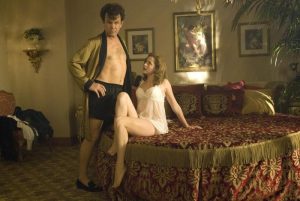 No matter how absurd the situation, Reilly plays it sincerely. When he’s two-timing and begs both Edith and Darlene (Jenna Fischer) not to leave, it feels like he really means it, even though both staying would be criminal. When he meets his montage of children, he sincerely questions the non white one, but accepts responsibility.

Through Dewey’s decades, Walk Hard teaches history better than accurate lessons. Dewey hits historical touchstones that never happened, but they feel right. He gets political for a nonexistent cause, and his attempted masterpiece is Brian Wilson’s fantasy. The Wilson biopic, Love & Mercy, came out in 2015 but it’s a compliment that it retroactively still fits into Dewey Cox’s life story. 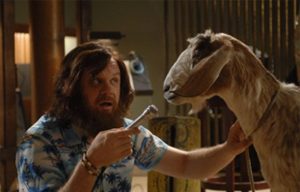 The real deal biopics certainly get the historical detail right, but there’s something about the whirlwind journey through every era that makes Walk Hard more universal. The ’50s streets, hippie ’60s and disco ’70s are production designed and costumed like an Oscar movie but we only get glimpses of them. Nostalgia is kind of like that. We may have spent years somewhere but the whole memory floods in an instant. 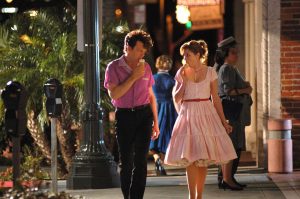 The music is a trip through 60 years of American culture. The songs are funny, and sometimes dirty, but they also capture the best of what impacted the generations. The title song isn’t even nearly the best. They all get better. Dewey can channel artists like Johnny Cash, Roy Orbison and Wilson, representing everyone who was ever affected by them. The Bob Dylan homage makes more sense than actual Dylan. “Mailboxes drop like lampposts in the twisted birth canal of the coliseum.” That’s deep, man.

Walk Hard catches up to the modern music industry to show how it’s all rooted in the past. It is a travesty that none of these songs were nominated for an Oscar. Yet Sam Smith has on for the Spectre song. 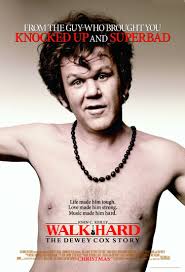 Walk Hard did not do well 10 years ago. I think it was marketed wrong. As much as I love the guy, I can’t image the poster of naked John C Reilly conveyed the sophistication of the comedy to the audienc (they corrected this for the DVD cover). Perhaps they also thought selling on producer Judd Apatow was enough, but it’s not the kind of comedy he was then famous for (40-Year-Old Virgin, Knocked Up and Superbad). Maybe there’s just no way to get audiences to appreciate a profound musical comedy. There’s one every decade. This decade we had Popstar: Never Stop Never Stopping. The ’90s had Fear of a Black Hat which even I only discovered on video. Even Spinal Tap didn’t have big grosses. It’s the cult fans who keep them alive quoting them and applying their lessons (turn it up to 11 is something people now say with no irony.)

“The unbearably long self-indulgent extended cut” is actually pretty great too as a spoof of overlong biopics. There’s some funny stuff in the ’70s when Dewey remarries a celebrity. This is the anniversary of the theatrical cut, which is truly the one to discover in its lean 90 minute trip through 60 years of music, culture, politics and redemption. I also think Walk Hard has the best post credits tag ever, so stay ‘til the end.