Amazon Prime video presents Welcome to the Blumhouse, a mixed bag of streaming tricks and treats for your Halloween viewing pleasure. The Lie and Black Box debuted on October 6, while Nocturne and Evil Eye go live on the 13th. Tis the season for thrills and chills, but surprisingly, none of these movies bring the hoped-for horror.

The Blumhouse logo has become synonymous with the word “horror” over the past several years. It’s their name on some of the most beloved brands: Paranormal Activity, Insidious, and The Purge to name a few. With their focus on emerging and otherwise interesting independent filmmakers, sometimes they really nail it (Get Out) and sometimes they drop a dud (Fantasy Island). Now they are carving out a gory niche the TV series space. The plan went into action two years ago with Hulu’s Into the Dark monthly holiday-themed movies. Now Blumhouse is hitching its wagon to Amazon Prime video, starting with the above-noted four features airing as double-bills just in time for All Hallows Eve. 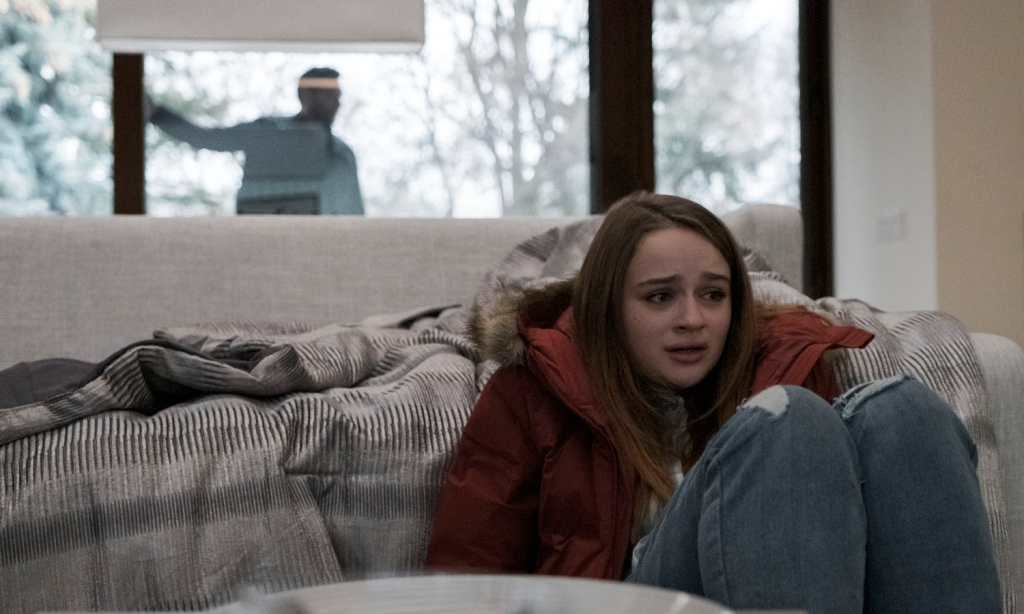 Wisely, they decided to lead with their clear winner. The Lie, which is written and directed by Veena Sud (The Killing), is by far the most gripping and suspenseful of the lot. But… it is not a horror movie. (Not that Welcome to the Blumhouse is being heavily marketed as such; however, the expectation is there, especially in October.) The gut-punch ending makes the journey especially worthwhile. Which is not to say it’s perfectly-plotted… you really, really have to suspend disbelief for this one.

Based on a German film called We Monsters, The Lie follows teenager Kayla’s (Joey King, The Act) untruth through a series of shocking twists and turns. This lie, and the attempt to keep it going, poisons her divorcing parents—lawyer Rebecca (Mireille Enos, The Killing) and musician Jay (Peter Sarsgaard, Batman), both excellent—causing them to behave in ways they never would otherwise have even imagined. One bad decision leads to another, leading to the unthinkable. The Lie is reminiscent of The Killing, in that it features the same star and the same snowy, chilly, muted atmosphere and soundscape. I really enjoyed this one, and I’ll probably watch it again. 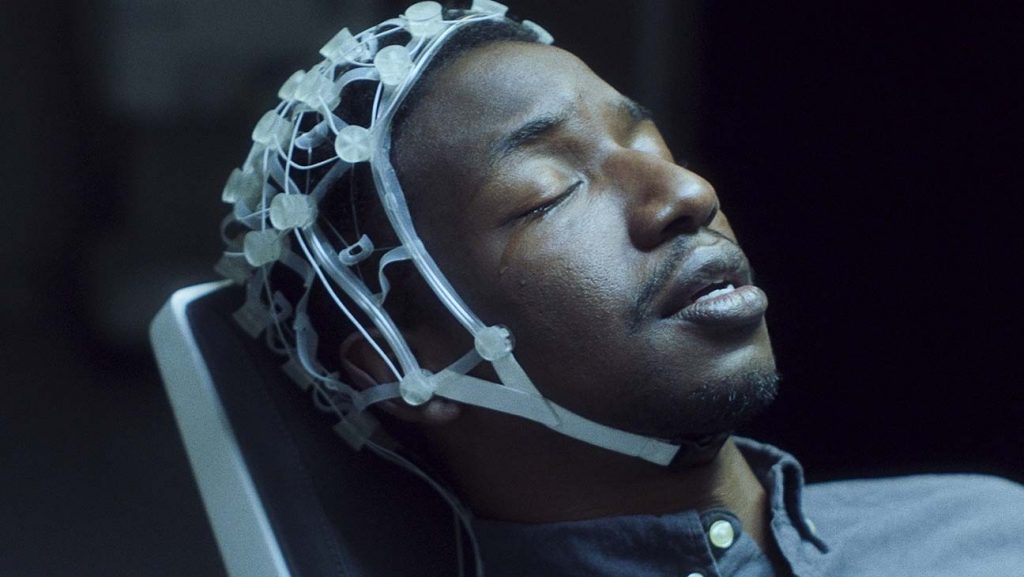 Presented in tandem with The Lie is Black Box. This story also follows parent-child bonds and falsehoods but is completely different without any cross-over ties. This one is almost science fiction but comes off more as magical realism crossed with a medical thriller. Black Box follows Nolan (Mamoudou Athie, The Get Down), a single dad who is recovering from a serious brain injury that’s left him foggy, forgetful, and feeling out of sorts. Eventually, he is referred to a doctor named Lilian (Phylicia Rashād, Creed), who hooks him up to an experimental device that lets him reconnect with his missing memories. But when those memories don’t ring any bells, Nolan decides to follow some confusing clues even though he’s pretty sure he’s not going to like where they lead. Black Box features an able cast and there are some mildly chilling sequences, but it takes too long to get to the meat of the story. 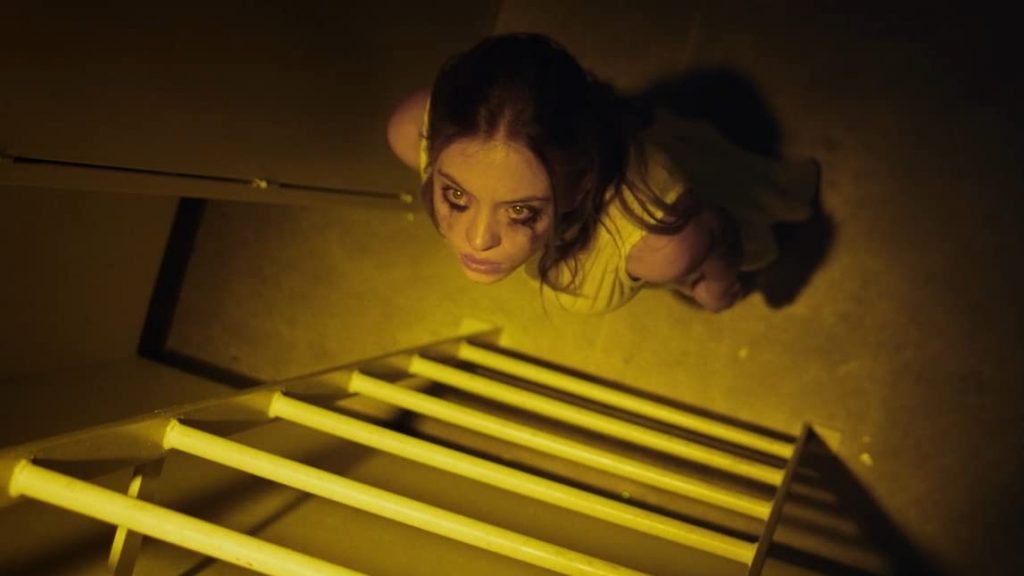 Next up is a supernatural thriller, Nocturne, which uses the tried-and-true trope of a musician selling their soul to the devil for fame and fortune, only to come to grief. That’s the shorthand version; Nocturne doesn’t quite spell it out like that. Seventeen-year-old twin sisters and aspiring professional concert pianists Juliet (Sydney Sweeney, Euphoria) and Vivian (Madison Iseman, Jumanji: Welcome to the Jungle), both attend the same music school and vie to be the best. But there can only be one best. After Juliet gets a hold of a mysterious diary once belonging to a former (and dead) student, her luck starts to turn. Nocturne has a few moments of horror and gore, but only a few. It is quite slow-moving and none of the characters are worth any sort of emotional investment. 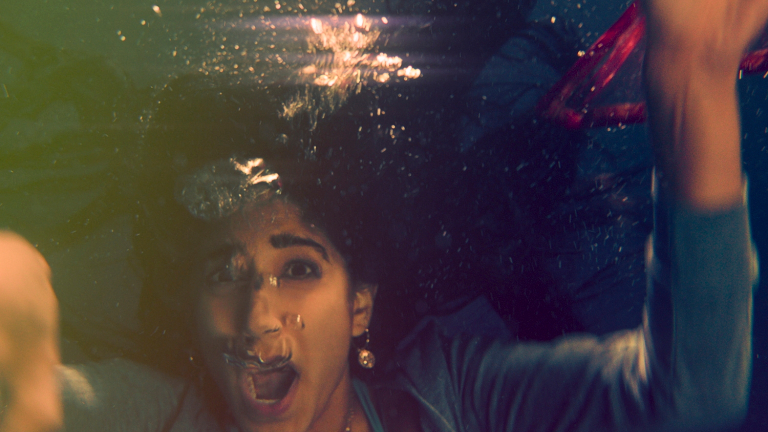 While Evil Eye is not any more fast-paced than Nocturne—most of the movie consists of a mom and daughter talking on the phone—at least the characters are likable and stir some feelings of care and concern. Usha (Sarita Choudhury, Little Fires Everywhere) is an overprotective mother who worries that her almost-30 daughter Pallavi (Sunita Mani, GLOW) isn’t married yet. Since she is in Delhi and her daughter is in the U.S., she feels frustrated and consults oracles and fortune-tellers for guidance. When Usha sets up a blind date for Pallavi, things do not go as hoped. Unfortunately, the basic plot description gives away the twist that does not happen until at least halfway into the movie (if you have any way of avoiding reading it—do). While there are some intriguing ideas here, the ending is a real groaner (and feels like it was lifted from an old episode of Love, American-Style… ugh!).

Welcome to the Blumhouse is, like any anthology series, hit-and-miss. You may love what I consider weaker entries, so if you enjoy thrillers, I encourage you to give the series a shot. 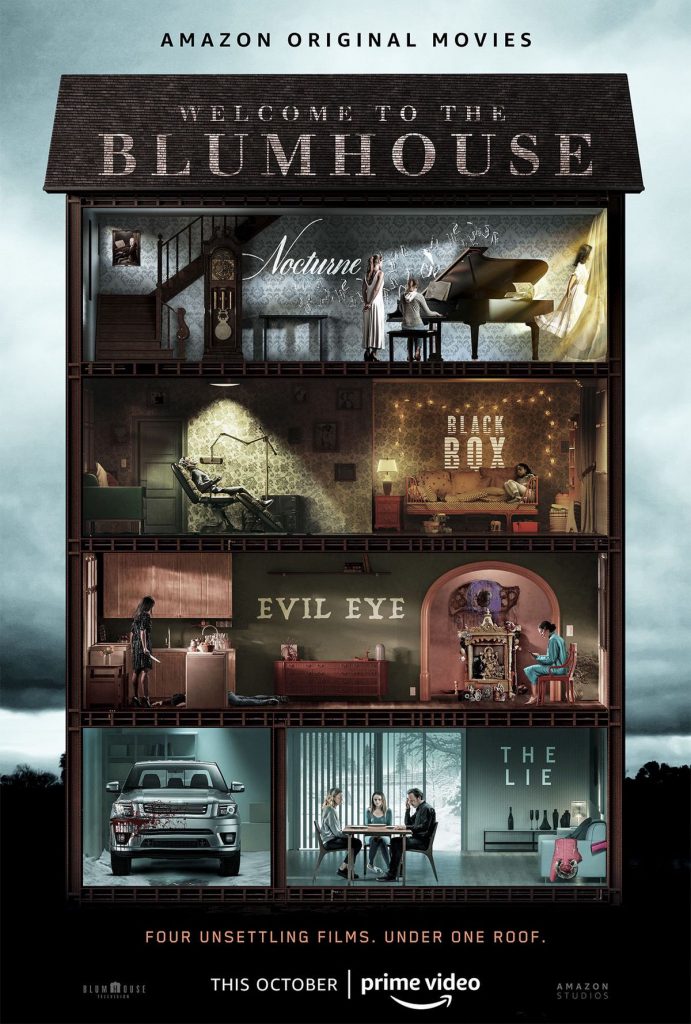 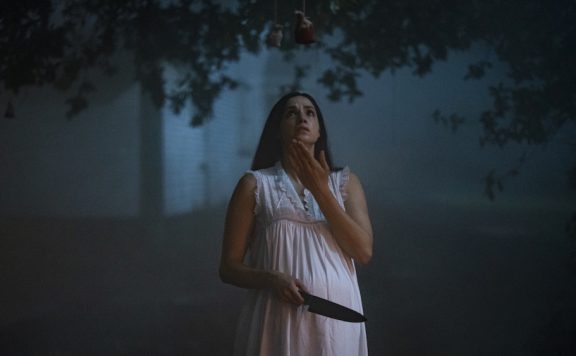 ‘Welcome To The Blumhouse’ Review: The Manor And Madres
October 7, 2021 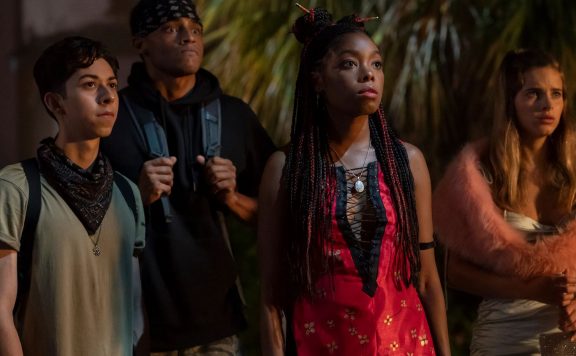