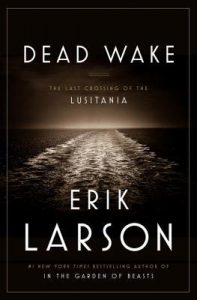 The sinking of the Lusitania is an infamous event that most people remember learning about in school, but often cannot elaborate on. In Dead Wake: The Last Crossing of the Lusitania, writer and historian Erik Larson shares his extensive research on the catastrophe in language accessible to the common person. Related in five parts, each section devotes itself to a different subject, including the logistics of the ship, the background of its crew and passengers, and intriguingly, the German submarine commander and his story. Larson’s knowledge extends beyond the sinking, as he remarks on the events preceding and following it, and incorporates many of the theories that have formed as the decades passed by.

The most interesting moments are when Larson delves into the history behind all of the major participants. Through memoirs, letters, telegrams, and historical documents, individual personalities jump off the page, making a personal connection inevitable. Larson’s emphasis on the Lusitania’s captain, William Thomas Turner, and his counterpart, submarine commander Walther Schwieger, crafts a chilling read, as they were both just doing their duty. Not everyone receives a thorough background study, but their inclusion, even if short, adds a sense of humanity to the minutiae.

Many improbable factors had to come together for the ship to sink. Most of these elements collided due in part to the secretive nature of war. In fact, much of the mistakes made did not come to light until many decades after the fact. Miscommunication and lack of communication appears frequently throughout the book, and rather than wax heavily on whether or not it was right to keep information from those involved, Larson sticks to the facts and lets the reader judge for themselves.

While Larson does not describe the disaster until the second to last section, it is certainly worth the wait. He analyzes the impact from every angle, even describing it from multiple points of view. The sheer depth of research, up to the new brand of lifejackets the ship stocked and the few passengers who knew how to put them on correctly, is astounding. In fact, Larson’s sources and notes make up the last fifty pages of the book. He uses words wisely though, so while the book may seem shorter than you’d expect, it’s filled to the brim with knowledge.

The comprehensive scope, the emphasis on the individuals involved, and the plethora of sources included reserves Erik Larson’s Dead Wake: The Last Crossing of the Lusitania as a must-read for anyone interested in maritime disasters, WWI, and even human nature. The Lusitania and its crew and passengers merit far more than just a brief mention in history class; hundreds of lives were lost and the individuals deserve to be remembered. 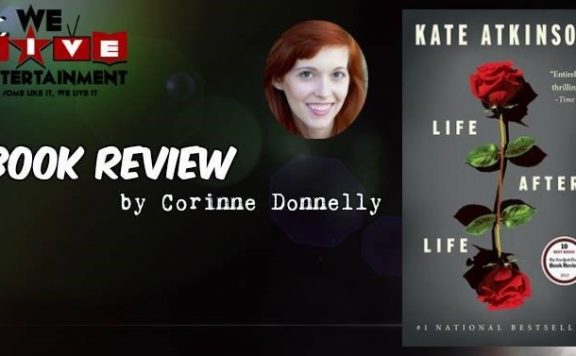