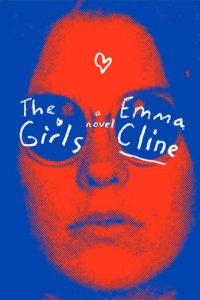 It’s becoming more and more difficult to find a novel without the word “girl” in the title these days. Luckily for Emma Cline, her debut novel, The Girls, shines above all the rest. People will be talking about this novel, which is loosely based on the Manson murders, for years.

Evie Boyd, a rebellious fourteen-year-old dealing with her parents’ divorce and an untimely falling out with her best friend, stumbles upon a group of fascinating, seemingly carefree, girls in the park. Evie’s insecurities, boredom, and sense of curiosity cajole her into befriending them. Little does she know, this one decision will catapult her into the throes of a drug-addled cult.

Relationships are incredibly significant in this novel. Evie’s obsession with the older girls, particularly Suzanne, plunges her deeper and deeper into danger. Likewise, the girls in the cult appear blinded by their admiration for their leader, Russell, who oozes an oddly fitting combination of sexual and messianic undertones. Despite the cult members’ apparent camaraderie, a lurking evil exists in their community, which haunts the reader as the pages fly by.

Much of the novel comes in flashbacks, as an older Evie reflects back on her life during this eventful period in her youth. While the time jumps can occasionally be jarring, it feels purposeful. Cline seems to want to keep the reader uncomfortable. The criminal acts that the cult eventually engages in are mentioned very early on in the narrative, but an element of mystery is maintained as the reader does not receive the full picture until the end.

The most impressive aspect of the novel lies in Evie as a character. Cline portrays the awkwardness of pre-adolescence perfectly, but she also writes a middle age Evie just as well. Her thoughts and emotions in each time period are expressed so vividly and believably that the reader feels Evie’s coming of age tale, as well as the eventual wisdom of her experience, incredibly personally.

Emma Cline’s The Girls delivers a fascinating psychological journey into how an average person can get caught up in a cult. It’s an extremely fast-paced read that will certainly keep you enthralled as the cult’s antics are unveiled. With a heavy focus on character and relationships, Evie and her new friends will stay with you for quite some time. The Girls by Emma Cline will be released by Penguin Random House on June 14th, 2016.

The Girls by Emma Cline, Review by Corinne Donnelly It's becoming more and more difficult to find a novel without the word "girl" in the title these days. Luckily for Emma Cline, her debut novel, The Girls, shines above all the rest. Peo...
0
Average User Rating
0 votes
Please sign in to rate.