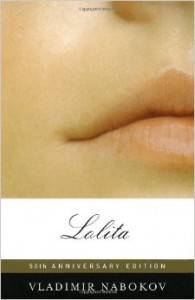 Lolita by Vladimir Nabokov is one of those classic novels that everyone has heard about, but not many have read. It recounts the tale of narrator Humbert Humbert on his ignoble quest to attain the heart and soul of a child named Dolores, also known as Lolita. While the novel covers a heavy topic and the narrator often earns the label of shamefully overbearing, Nabokov’s skilled use of language marks Lolita as his magnum opus.

Nabokov writes in first person with Humbert as his central narrator, which intensifies the already high level of discomfort. Humbert is an unreliable narrator, so it becomes increasingly difficult to trust his account as the book marches forward. The villainous aspects of Humbert’s personality can be entertaining, but be on your guard because Humbert not only takes advantage of Lolita, but he also manipulates the reader.

Surprisingly, Nabokov’s descriptions are never overtly graphic. He utilizes gorgeous metaphors and similes to flesh out Humbert’s obsession with and treatment of Lolita. These figures of speech would be absolute perfection if they were not describing child molestation. The topic unfortunately dampens their luster. Notably though, Nabokov’s native language was not English, so his mastery of its subtleties is impressive.

While Humbert’s narration kept my attention throughout most of the novel, I did eventually feel that it was missing Lolita’s point of view. We follow the characters for many years and in those years Lolita grows up. It would have been fascinating to mature with her and to have the opportunity to glimpse into her mind. It is truly a shame that we do not hear her voice, as she is one of the most noteworthy victims of sexual assault in classic literature.

If you’re eager for a stimulating, albeit uncomfortable, reading experience, Lolita is guaranteed to affect you. The novel has some rather beautiful moments, but every now and then it is difficult to navigate around the controversial topic. Nevertheless, it is not surprising that it continues to be a beloved staple of English literature.