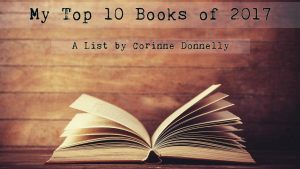 2017 was a rough year, so it’s no surprise that I used reading as an escape. I read 92 books this year, a new high, across a wide variety of genres.

I found it difficult to focus on writing this year, so I did not manage to review every single book I read, which was disappointing. Hopefully I’ll be more prolific next year.

The list below is composed of books I read this year. Not all books in my list were published in 2017. I wrote full reviews of half of the books included, so comments on those will be brief. For those books I did not get around to reviewing, you’ll find that I have more to say.

And with that, here are my Top 10 Books of 2017! My top five are listed in order of preference. The rest are in no particular order. 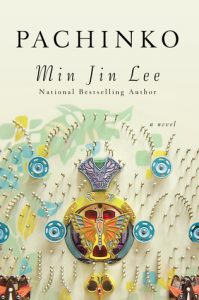 I haven’t read a lot of multi-generational novels, but of the ones I have read, they usually become a favorite. Pachinko focuses on a Korean family living in Japan from 1910 through present day. The prose is simple, yet beautiful, and of all the books I read this year, this was the one I couldn’t get out of my head. It’s a triumph of storytelling. 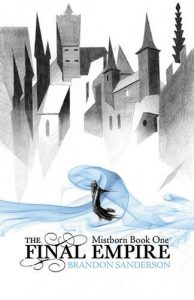 Elantris was one of my favorite reads of 2016, so of course I had to move on to more of Brandon Sanderson’s repertoire. The first book of the Mistborn trilogy, The Final Empire is, at its core, a heist novel. What I love most about this series is the elaborate magic system based in the consumption of different types of metals. Sanderson’s universe is fleshed out in extreme detail, and this book is the most sensory experience I’ve enjoyed in a long time. Vin, the stubborn, fiercely intelligent, and powerful female protagonist, is also my favorite character of the year. 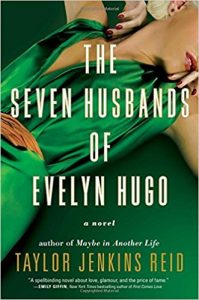 I did not expect to like this book. I don’t read a lot of books based in Hollywood, especially books about actors, because they are often too over the top or so misleading that it’s laughable. The Seven Husbands of Evelyn Hugo surprised me in that it shows the dark side of fame through the lens of an unreliable narrator. The characters in this novel lead such vibrant lives that it really didn’t bother me that I found the twists, of which there are a few, predictable. I also have a soft spot for books with a writer as a main character, so that pleased me immensely. 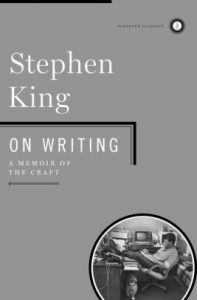 This is one of those books that I put off reading for years because I didn’t think it would live up to the hype. Every English major has heard of On Writing. It’s been recommended to me more times than I can count. I went in with high expectations. Stephen King didn’t disappoint. If you’re a creative soul, read this book. You honestly don’t even need to be a writer to get something out of it. King intertwines intimate stories about his life and family through ample sections of advice, and it works wonderfully. 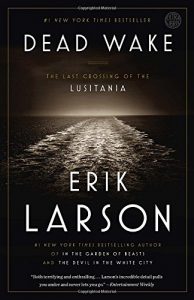 Dead Wake was my first foray into Erik Larson’s body of work. I was so enamored with it that after finishing, I went out and bought all of his other books. There’s not much more to say, so I’ll leave it at that. 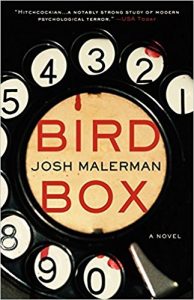 I don’t read a lot of horror, and when I do, it’s usually Stephen King. Bird Box is a book that you shouldn’t read at night. It is that terrifying. Malerman is a genius with tone and atmosphere. Most of the book focuses on a family escaping an unknown terror which causes anyone who sees it to go insane, commit murder, and then suicide. Vision is the enemy, so the characters must flee blindfolded. It’s a bizarre concept, but Malerman makes it work brilliantly. This was definitely the most unique book I read this year. 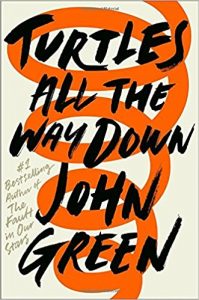 Turtles All the Way Down by John Green

John Green is one of those authors that I associate with my adolescence. It had been a few years since I read one of his books, and I was hesitant going into his newest book because I’m no longer in the targeted age range. I shouldn’t have been worried. Mental illness is the heart of this book, and since Green himself lives with chronic anxiety, he is the perfect person to write about managing it. I bonded with Ava, the sixteen-year-old main character, to an extreme level, despite being a twenty-seven-year-old woman. I think everyone should read this book, if only to understand what it’s like to live with a mental illness. 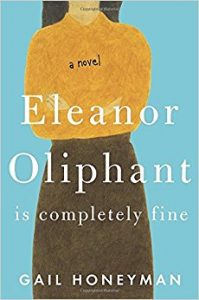 Eleanor Oliphant is Completely Fine was one of those books that followed me everywhere this year. It seemed like everyone was talking about it. I somehow managed to jump into it blind though, and boy, am I glad I did. Eleanor Oliphant is a unique character. Her thoughts and actions are highly unpleasant, and yet I found myself loving her quirks. The book is filled with morbidly dark humor, which offsets Eleanor’s incredibly lonely and mundane life. The ending also packs quite a punch. 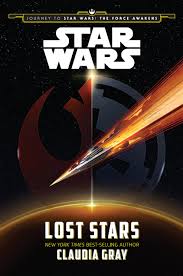 Out of all the Star Wars books I read this year (which was a lot), Lost Stars impressed me the most because it utilized the timeline of the first three films and created an original piece of work out of it. As I’ve said before, I was not pleased by the complete obliteration of the expanded universe when Disney bought Star Wars, so color me surprised when I found myself enjoying most of the new canon. I may not have liked The Last Jedi (don’t hate me, please), but if Disney continues to ask Claudia Gray to write Star Wars books, I will keep reading. After finishing Lost Stars, I bought (and read) the rest of the books she has written for the Star Wars universe, which focus on Princess Leia. I enjoyed them just as much. 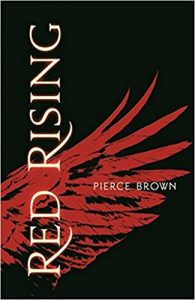 Picking up a book in the last three days of the year is risky. I usually have high expectations for end of the year reads, so I often find myself disappointed. I decided to pick up Red Rising because it’s a series I’ve been meaning to read for years, but that I never got around to starting. I’m so glad this was my last book of the year because it was addictive. I devoured it in two days. And now I have a series to finish in the first few days of 2018. While it vaguely reminded me of The Hunger Games, it’s different enough that the plot took turns I never expected. I particularly enjoyed the emphasis on political intrigue and the twisted social hierarchy based on the “color” citizens are born into.

Thanks again for reading my book reviews this year, and here’s to hoping for a better 2018!

My Top 10 Books of 2017 by Corinne Donnelly 2017 was a rough year, so it’s no surprise that I used reading as an escape. I read 92 books this year, a new high, across a wide variety of genres. I found it difficult to focus on writing ...
0
Average User Rating
0 votes
Please sign in to rate.