“The show must go on,” is probably the entertainment industry’s most enduring tenet. Still, the current public health crisis of COVID-19 has pushed the film world to its limits. When theaters across the United States shut down to prevent the spread of COVID, new releases fell like dominoes. Some were moved to foolishly optimistic dates in summer or fall 2020 (then ultimately into 2021), while others were relegated to streaming services or video on demand. With studios stuck in limbo and awards season growing nearer and nearer, whispers began to circulate about the idea of postponing or even canceling the Academy Awards. Ultimately, the Academy decided to extend the eligibility window and to hold some approximation of an Oscar ceremony in late April 2021. This decision, while not perfect, highlights the resiliency of the Academy Awards. Despite the common refrain that we are living in “unprecedented times,” this isn’t the first time in Oscar history that sociopolitical realities cast the awards show’s future into doubt. And the Oscars have emerged each and every time.

For the most part, whenever the Academy Awards have been threatened in the past, the havoc was limited to the actual awards show itself. In 1967, the ceremony was scheduled to take place amid a major AFTRA strike, the union with jurisdiction over (among many other things) live television broadcasts. This was AFTRA’s first national strike, after negotiations surrounding staff announcer contracts failed. It involved 18000 members around the country and lasted thirteen days, raising major doubts over whether the Academy Awards could be held that year. The negotiating parties only came to an agreement three hours before the telecast was scheduled to begin, and host Bob Hope later commented that even thirty minutes before the show started, they weren’t sure if they were actually going to be able to go on the air.

A year later in 1968, the Oscar telecast was again thrown into turmoil, this time for a far more tragic reason. Four days before, Dr. Martin Luther King Jr. was assassinated, and it didn’t feel appropriate to hold a glamorous Hollywood awards show while the nation was in mourning. Several performers — including Sidney Poitier, Diahann Carroll, Sammy Davis Jr, and Louis Armstrong — pulled out of the telecast, unwilling to appear at the Oscars so soon after King’s death. Davis appeared on The Tonight Show the day after the assassination and said of the impending Academy Awards, “I certainly think any black man should not appear. I find it morally incongruous to sing ‘Talk to the Animals’ [the Oscar-nominated song from Doctor Doolittle] while the man who could make a better world for my children is lying in state.” 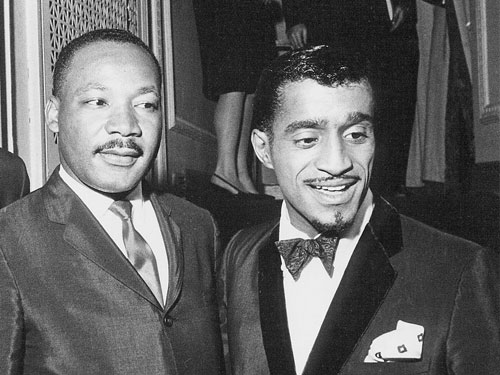 The Academy scrambled to find a solution that would appease everyone, and they ultimately landed on a brief delay: the show was delayed two days, a minor change but one they evidently felt was an appropriately respectful length of time. The annual Governor’s Ball was scrapped, and the opening of the show was rewritten to reflect the solemnity of the occasion. That year, In the Heat of the Night, a film explicitly about racial tension, won Best Picture and host Bob Hope said of its victory, “Clichés have been replaced. Films reflect the human condition. The moguls shared something with the man in Atlanta — they had a dream.”

The Oscars, although undoubtedly important within the entertainment industry, are often seen by the general public as little more than an opportunity for wealthy showbiz types to pat themselves on the back. They more than most other organizations have to be constantly aware of the optics of their black-tie events, especially in times of hardship. Wherever there’s a major crisis going on in the United States, the Academy devotes a tremendous amount of attention to whether or not they’re cultivating an appropriate tone. After the attacks on September 11th, 2001, there were serious conversations about potentially canceling the telecast, which were scheduled for March 24th, 2002.

The nation had just faced its biggest ever collective shock, and it was unclear if anyone — audiences or the stars themselves — were quite in the mood for a massive Hollywood shindig. Eventually, the Academy chose to carry on, with AMPAS president Frank Pierson intimating in a Variety column that canceling the show would be akin to “letting the terrorists win.” The ceremony went on largely as scheduled, albeit with greater security measures and more somber speeches. Remarkably, the biggest surprise of the night was that Woody Allen, who generally does not attend awards shows, turned up to introduce a cinematic montage honoring the city of New York. (It was a different time, apparently.)

The next year, the Academy was in an only slightly less precarious position. A mere three days before the awards ceremony, George W. Bush launched the invasion of Iraq, casting a pall over the proceedings and calling into question yet again whether it should be held at all. The Academy held fast, citing the difficulty and expense associated with postponing the awards or moving to a different venue. The telecast went on largely as normal, although the red carpet arrivals were significantly shortened and the festive atmosphere diminished with news anchor Peter Jennings somberly providing regular updates on the conflict during commercial breaks. There were also noticeable absences: Cate Blanchett, Jim Carrey, and Will Smith dropped out as presenters while director Hiyao Miyazaki refused to attend, saying that he, “didn’t want to visit a country that was bombing Iraq.” Acceptance speeches were rife with political statements, among them Bowling for Columbine winner Michael Moore, whose comments were famously met with a chorus of boos before his microphone was cut and he was ushered offstage. 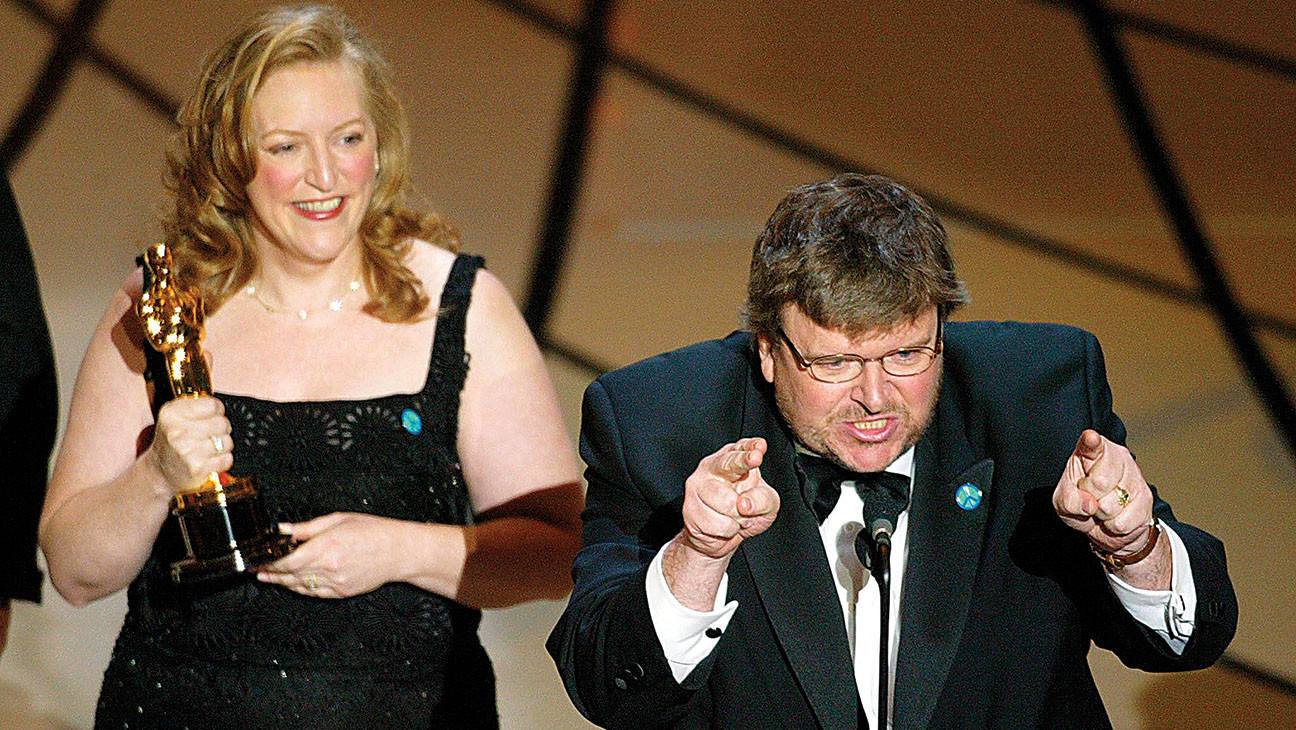 All of these incidents had an impact that was mostly limited to the telecasts themselves, with little effect on that year’s cinema in a larger capacity. As such, they’re not quite comparable to what we’re experiencing now, with a global catastrophe that has upended the entire industry, from production to distribution to exhibition. The closest we can get in Oscars history is during World War II, when Hollywood desperately tried to navigate their way through logistical issues, materials shortages, government demands, and a crisis of optics. They handled their production problems easily enough — many studios were eager to serve as a propaganda arm of the US government, churning out films to support the war effort that starred leading men who were unable or unwilling to enlist. Stars were keen to do their patriotic duty, embarking on USO tours and hawking war bonds across America. There still remained the question: what to do with the Academy Awards?

Holding a glamorous, lavish awards ceremony in the midst of nationwide suffering and sacrifice would be insensitive and out-of-touch, even by Hollywood standards. So the academy did something that was the opposite of the industry’s natural instincts: they curbed the impulse for opulence and splendor. From 1942 through the end of the war, male stars who had already joined up traded their tuxes for military uniforms, and their female co-stars opted for similarly demure attire to match the tone of the event. The traditional Academy Awards dinner was held, but the red carpet was canceled and the Oscar party eliminated unseemly displays of frivolity such as dancing. They even allocated some time during the ceremony for an FDR surrogate to speak to the assembled group about the war effort. Most significantly, the Oscar statuettes were redesigned, thanks to a metal shortage. Where they were previously made of bronze and gold-plated, the austere version handed out in 1943, 1944, and 1945 was made of cheap painted plaster and came with a promise that the recipient would be able to exchange it for a proper Academy Award once the war was over.

All this is to say, nothing stands in the way of the Academy when it wants to hold a party. It, like life, finds a way. Throughout its 93 year history, AMPAS never found cause to cancel its awards ceremony, and has persevered with sheer single-mindedness from crisis to crisis. Even if its efforts are entirely self-interested (and they are), their consistency is no less of a comfort in times as unpredictable as these. The film industry may look different once we emerge into a post-COVID world, and there will undoubtedly be some streaming vs. theatrical battles left to fight. But for better or for worse, the Oscars will soldier on. 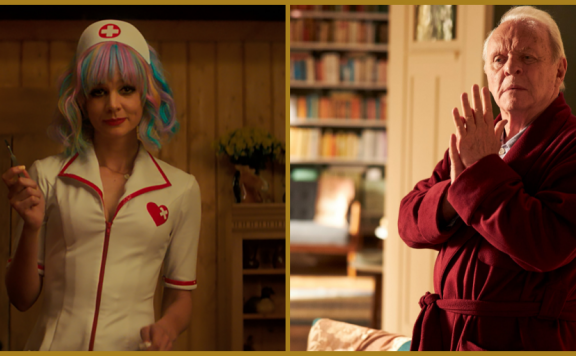 The Academy Awards in Unprecedented Times

For World War II to 9/11, Audrey Fox looks at how the Academy has adjusted Hollywood's biggest night amid some of the country's biggest tragedies and darkest times.
0
Average User Rating
0 votes
Please sign in to rate.