After that jaw-dropping teaser trailer for Black Panther: Wakanda Forever was released this past weekend, many pundits plugged into the ever-evolving Oscar conversation had the same question: “Can this actually repeat the awards success of its predecessor?!” For quite some time now, many have been eagerly anticipating the Marvel sequel, but still with some skepticism. To start, how could Wakanda Forever possibly effectively grapple with the enormous loss of Chadwick Boseman, the former “face” of the franchise and someone who was so essential to the original’s excellence? And additionally, did any of those supposed on-set controversies create problems for the production overall?

However, no one was thinking about any tabloid drama when watching the wonders of Wakanda once more in last Saturday’s trailer, as we were instead moved beyond words by its melodious music (including Tems’ tender cover of “No Woman, No Cry”) and its touching tribute to the late Boseman, demonstrating to doubters that writer-director Ryan Coogler does know what he’s doing (duh) and has crafted a continuation of the Black Panther mythology that pays its respects to the past but also spotlights an emotionally and thematically prosperous future – one where the women of Wakanda (Letitia Wright’s Shuri, Lupita Nyongo’s Nakia, Danai Gurira’s Okoye, and Angela Bassett’s Ramonda) are simultaneously given the opportunity to take center-stage. 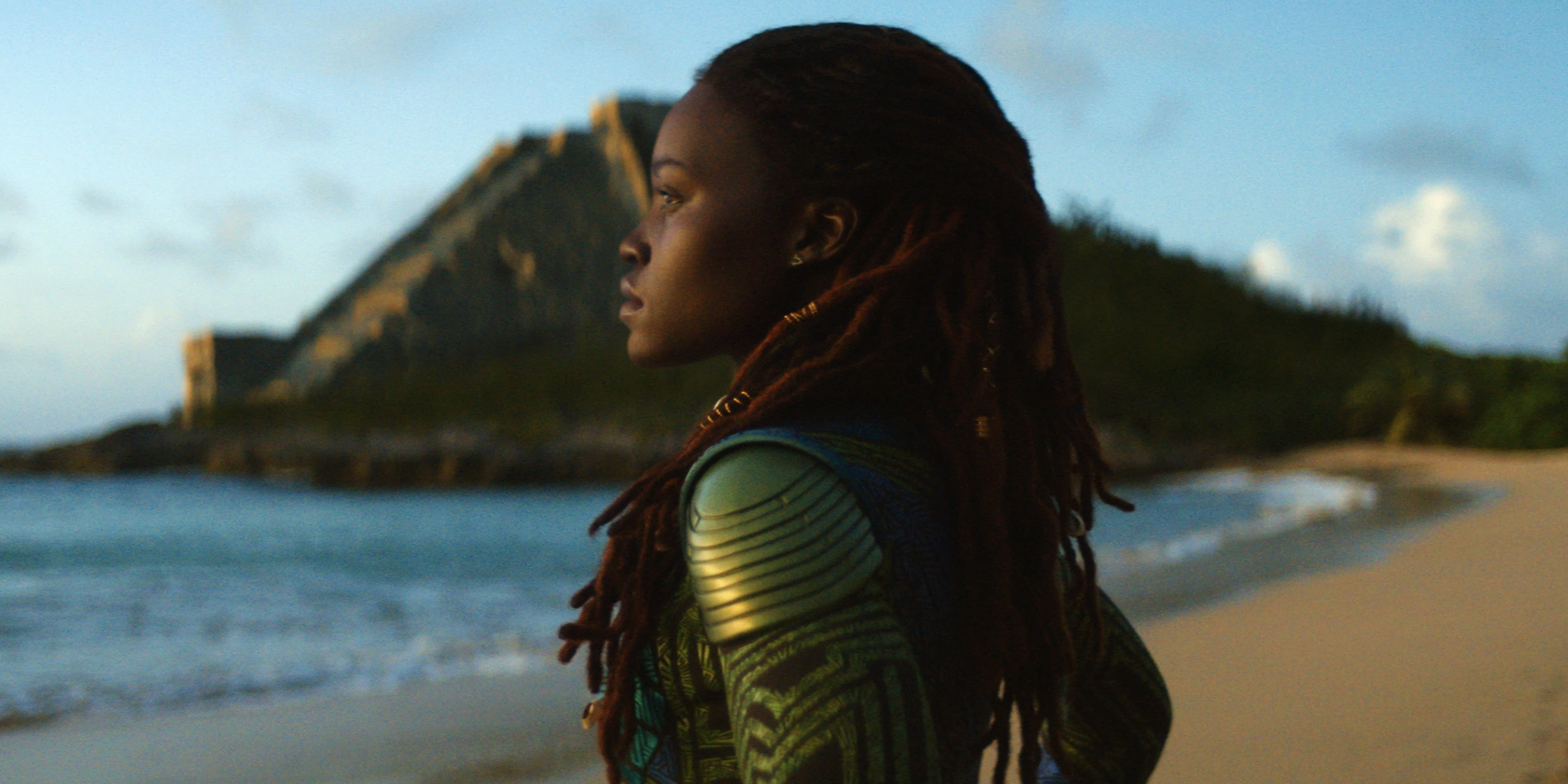 Fans predictably went wild for the teaser – which was viewed 172 million times in its first 24 hours of release – while pundits started to really reconsider what they predicted for the film from an awards standpoint. Many formerly believed it could be a below-the-line player (perhaps repeating its predecessor’s noms for Best Costume Design and Best Production Design, if not wins), but this trailer showed that Coogler and co had more up their sleeve than we initially thought, even if, in hindsight, we should have expected there to be tremendous power in the added emotional element of Boseman’s real-life passing and how the film handled that.

Is there a world in which Black Panther: Wakanda Forever matches the nom haul for the first film, and potentially even earns more nods this time around? (Take one look at Autumn Durald Arkapaw’s arresting cinematography in the teaser and try telling me it won’t at least be in the Best Cinematography conversation this year.) Well, while I think we’re all even more excited for Wakanda Forever than we ever expected to be following the initially worrying secrecy surrounding the project, the one problem is that, even with a Best Picture line-up that features ten firm spots, this also happens to be a banner year for blockbusters packaged as prestige pictures. 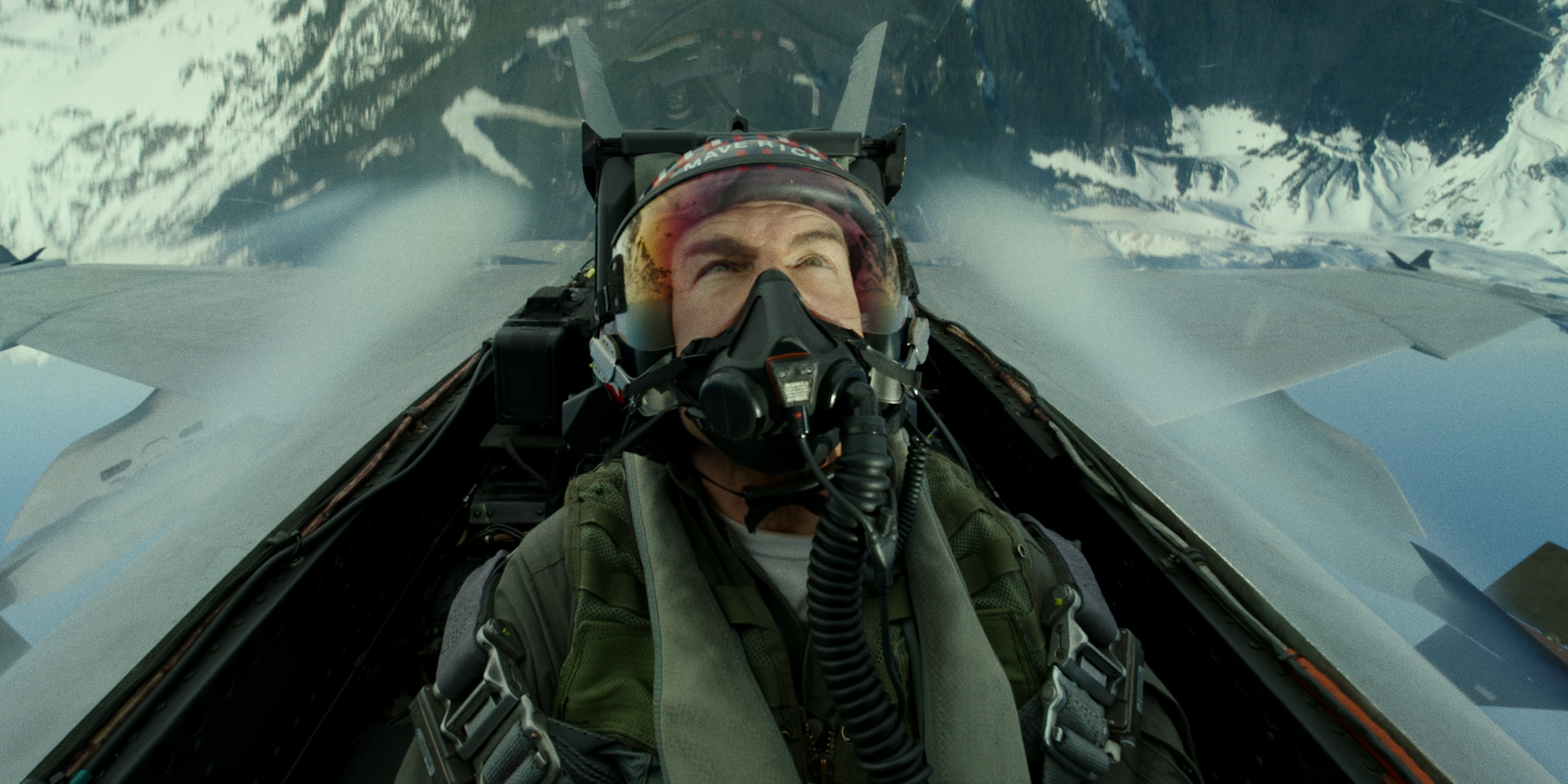 Just this past May, Top Gun: Maverick took the world by storm, shocking not just those who loved the original with just how good this sequel was, but those who weren’t already fans of the franchise, too. It’s not only an emotionally compelling continuation of the series that lovingly centers so much of itself around the legacy of Anthony Edwards’ Goose, but also simply the best action film since Mad Max: Fury Road, with stunning state-of-the-art stunt-driven spectacle that pushes the boundaries of action filmmaking and offers one of the most thrilling cinematic experiences of the year.

And audiences sure have taken note as well, giving it two thumbs up with an A+ CinemaScore and a 99% Audience Score on Rotten Tomatoes and powering it to $637 million (and counting!) at the domestic box office (making it the 9th highest grossing film off all time here) and $1.285 billion worldwide (Tom Cruise’s first billion dollar picture to date and easily his highest grossing film ever). When you have a film that’s not only this admired by critics but crowds as well, it’s hard not to ask the “Oscar question,” and as a result, many pundits have started making space in several categories for Top Gun, including Best Film Editing, Best Original Song, Best Sound, and yes, perhaps even Best Picture too.

Something you could use against Top Gun: Maverick in Black Panther‘s favor is that Black Panther has a more significant Oscar history (seven Oscar noms and three wins). The original Top Gun did earn four Oscar nods (for Best Film Editing, Best Original Song, Best Sound Editing, and Best Sound Mixing) – winning for Best Original Song, for Berlin’s “Take My Breath Away” – but it failed to make an impression above-the-line, while the Black Panther franchise has already broken that barrier.

However, let’s hold our horses, as we have yet another blockbuster with major awards prospects on the horizon this year, which also happens to have a strong relationship with the Oscars – and one that’s even stronger than Black Panther‘s. Yes, I’m talking about James Cameron’s Avatar: The Way of Water, the sequel to a movie that was nominated for nine Oscars and won three (for Best Cinematography, Best Production Design, and Best Visual Effects). And if this film’s first teaser trailer is any indication, Cameron might have even topped himself here technically.

Everyone wanted to doubt Avatar: The Way of Water before we got our first look, but when that trailer debuted, it was as visually sumptuous as Cameron’s supporters have been saying it would be for over a decade, and while the jury’s still out on the film’s story (something that was heavily critiqued in the original), at the very least, we know we’re in for a film that will be a huge player below-the-line this year, in categories like Best Cinematography, Best Production Design, Best Visual Effects, Best Original Score, and Best Sound – and when you start to add all those branches up, that’s a lot of support within the Academy. 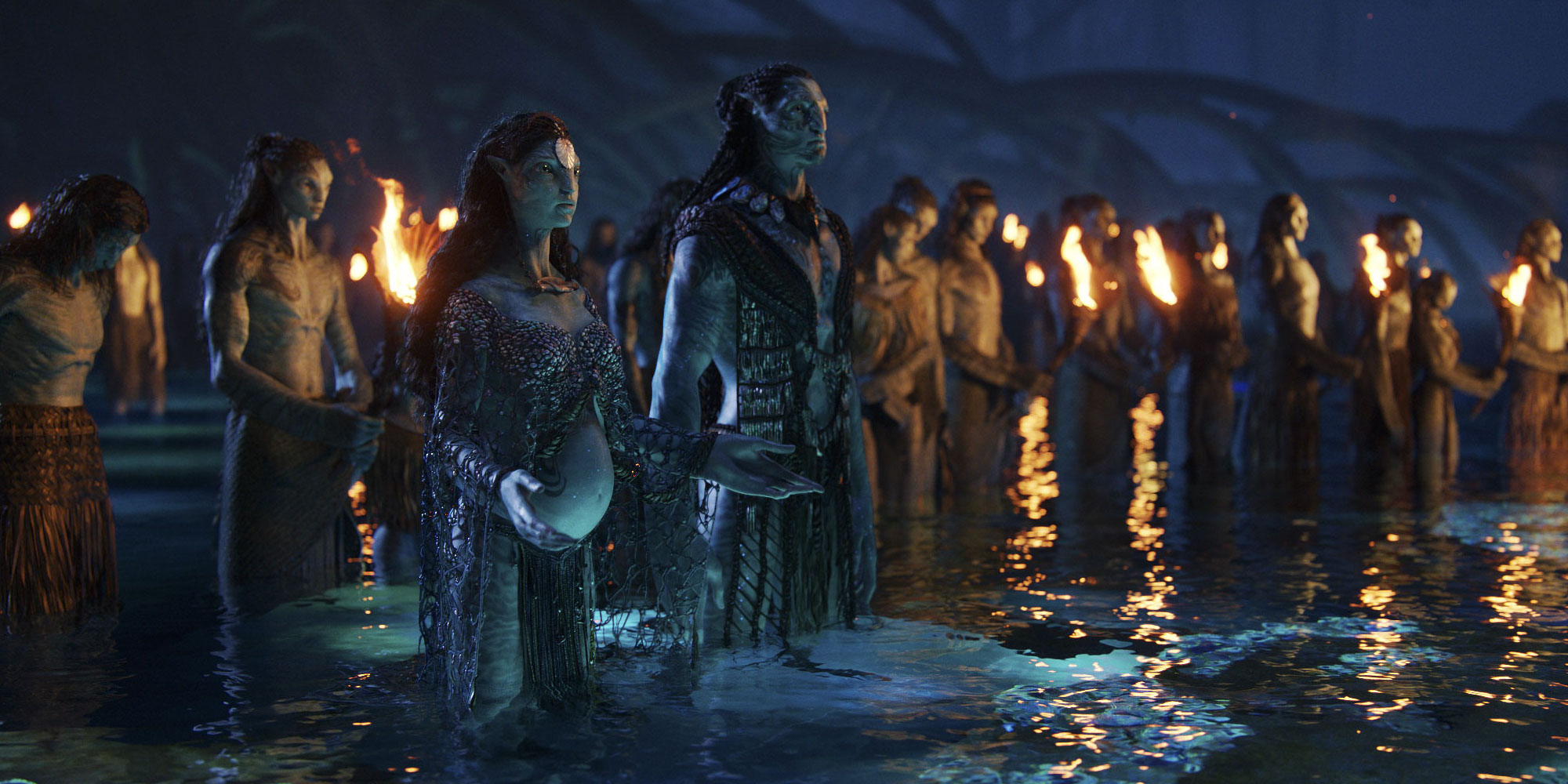 The jury is also out on Avatar: The Way of Water‘s box office, which is something we can also say for Black Panther: Wakanda Forever but not the profusely profitable Top Gun: Maverick, and I think that box office will play a huge part of Black Panther‘s and Avatar‘s awards narratives, especially given how huge their predecessors were and how well fellow blockbuster contender Top Gun has done this year. Can Black Panther and Avatar match – or even potentially exceed – the grosses of the first films in their respective franchises?

If both fall short, that could just be seen as a sign of how hard it is to capture lighting in a bottle twice. But, if one succeeds while the other fails – say, if Wakanda Forever receives a box office bump due to interest in the film increasing following Chadwick Boseman’s passing (similar to what occurred for The Dark Knight and Furious 7 after the tragic losses of Heath Ledger and Paul Walker, respectively) while The Way of Water falters – that could give Black Panther a leg up on Avatar, and a better chance to effectively combat Top Gun for blockbuster recognition in Best Picture (or at least be alongside it, if there’s room for two). 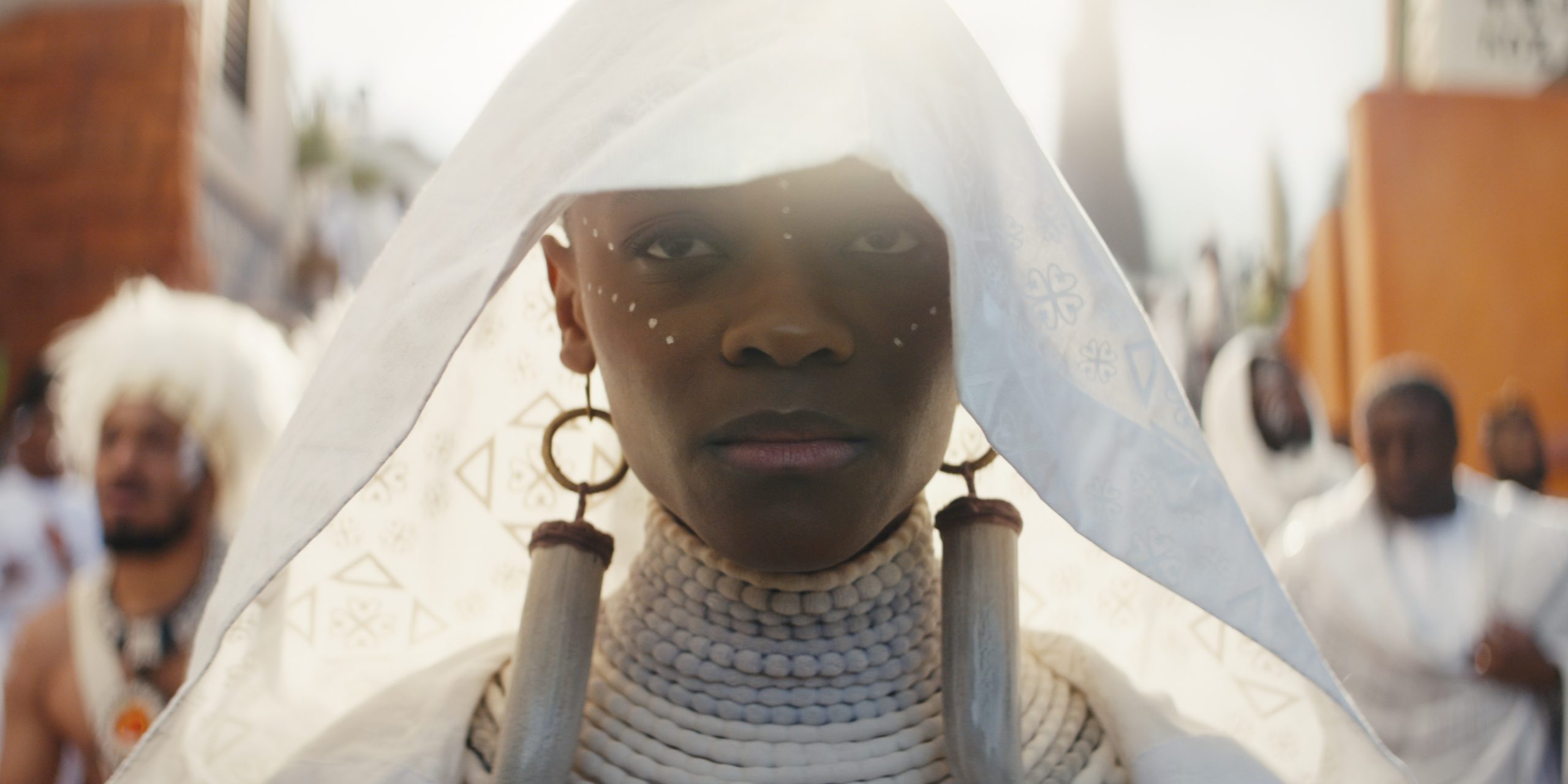 Building off of our discussion of Boseman’s passing, something that also may help Black Panther stand out amongst this trio is the message of the movie, and what it stands for. Obviously, much of it is framed around accepting the loss of T’Challa (and Boseman) and moving forward, but I feel that many do – and will – see this storyline as a stand-in for a broader exploration of Black grief, and simultaneously, the strength of the Black spirit, and how it will endure even in the most calamitous of circumstances – something that resonates even more today. With these feelings forming the foundation of the film – and its awards campaign – its easy to see how there could be an emotional pull to support the film come Oscar season.

Now, to be fair, the first Avatar was an intensely environmentalist film, so it stands to reason that The Way of Water could feature some strong social commentary about those issues as well, but even still, the message for that movie doesn’t jump out at you the way Wakanda Forever‘s does. And as for Top Gun: Maverick, while it’s a very well-written examination of Maverick’s growth as a character and his lingering grief over Goose’s death, it lacks that sociopolitical awards hook that sometimes helps contenders stand out amongst their competition. Not every film needs it, but hell, even Mad Max: Fury Road – which Maverick has been compared to all year – was a fervently feminist film to its core. 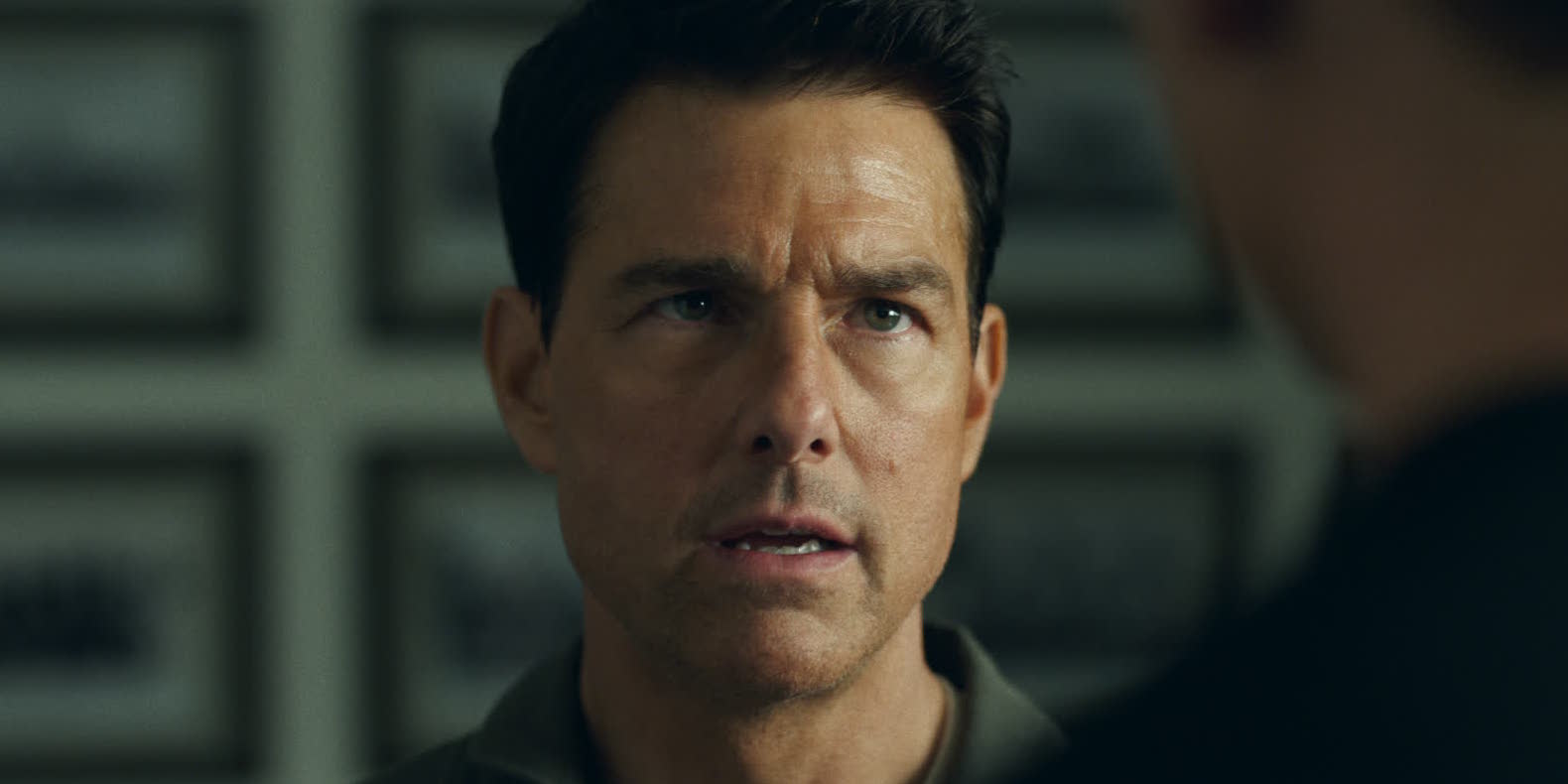 There are still so many pieces of this puzzle that we aren’t aware of yet – what will the reviews look like for Black Panther: Wakanda Forever and Avatar: The Way of Water, for instance? – so it’s impossible for us to say if one, two, or all three of these films will break into this year’s Best Picture line-up at this present moment. However, I do feel comfortable saying that we will be seeing more populist contenders taken seriously as actual awards players this season than we have in seasons past, both due to the industry’s desire to support box office behemoths that bring mainstream audiences back to movie theaters (and the Academy’s desire to get more mainstream audiences to watch the Oscar telecast) and due to the sheer quality of the blockbusters in contention, with Maverick already proving its worth, and Wakanda Forever and The Way of Water making promising impressions so far.

As always, the awards race is constantly evolving (we just heard yesterday that Martin Scorsese’s Killers of the Flower Moon, long expected to be a 2022 release, may be moved to 2023 instead) so the number of “spots” up for grabs in Best Picture – or any category, for that matter – is always in flux, which means that, if more movies move out of the season (especially heavy hitters across-the-board like Killers of the Flower Moon) that bodes well for all three of the films discussed here, as they wouldn’t have to compete with one another for one “blockbuster spot” anymore. But the Oscars are still the Oscars, so never underestimate how picky they can be, especially when it comes to throwing a bone to mainstream fare. Top Gun: Maverick, Black Panther: Wakanda Forever, and Avatar: The Way of Water aren’t to be counted out this awards season, but nabbing key noms won’t be a walk in the park, either. 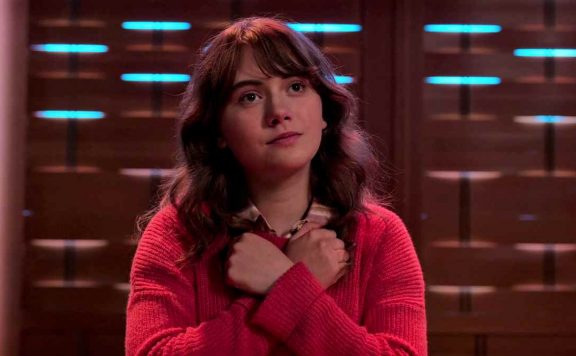 What the Past and Present Say About ‘CODA’ and Its Best Picture Chances
March 15, 2022

How Many Blockbusters Will Be Nominated for Best Picture This Year?

Multiple blockbusters want to break into Best Picture this year - from Top Gun: Maverick to Black Panther: Wakanda Forever to Avatar: The Way of Water - but which actually has the best chance?
0
Average User Rating
0 votes
Please sign in to rate.