Charlie Kaufman continually finds ways to upend the film industry. The Oscar-winning writer put himself on Oscar’s radar with Being John Malkovich in 1999, and twenty years later, his creativity is undeniable. His latest adaptation, I’m Thinking of Ending Things delivered a splashy release for Netflix. With an 83% on Rotten Tomatoes, including our own Aaron Neworth’s positive review, bodes well for its critical awards chances this Fall. Yet Kaufman’s problems have never been with the critics. How the industry responds is another matter altogether.

Kaufman has four Oscar nominations to his name, including a win for Eternal Sunshine of the Spotless Mind at the 77th Academy Awards. His first two nominations came for his collaborations with Spike Jonze, who directed Being John Malkovich and the complicated Adaptation. Typical of Kaufman’s eccentricity, Kaufman’s fictional brother from Adaptation. also received a nomination for the work. His last nomination came for 2015’s Anomalisa, a darkly emotional stop-motion film. Four Oscar nominations and one gold statue on the mantle are signs of a successful career. Additionally, Kaufman appears three times on the WGA’s 101 Greatest Screenplays survey. Despite all of his success, Kaufman and I’m Thinking of Ending Things face an uphill climb to Oscar success.

The discourse of Kaufman’s latest film has circulated around the accessibility of the material. Kaufman layers metaphor on top of metaphor, allowing the spirit of Iain Reid’s novel to still remain in-tact. Kaufman expands on the abstract nature of the book, allowing the characters to drift further and further into the strange mind of the director. He does not provide answers and adds more questions for the audience to sort through. Characters change stories, and new side plots enter the film on a whim. It becomes difficult to understand the events on the screen when the foundation is always shifting. 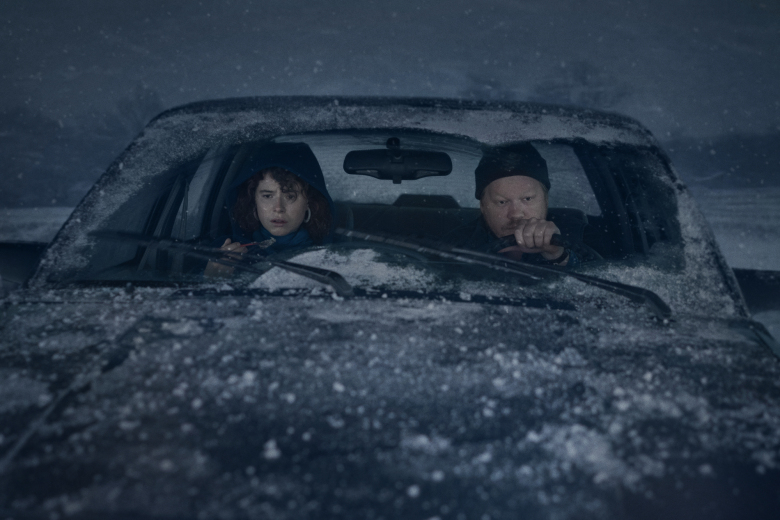 Long sequences of two people talking in a car become hallmarks of the film. The house and barn provide the movie with creepy locales, and the editing creates the sensation of someone changing the channel on a TV. A janitor cleans a school and watches fictionalized Robert Zemeckis movies. These elements create a surrealist vision of control, intersecting with space and reality. You can tell Kaufman never loses control of his vision for the story, and he continues to drive it down darker, more upsetting paths.

The metaphorical nature and unreliable narrators provide standout moments for the cast. Jessie Buckley has earned the most praise for her role, which allows her to showcase a nuanced and emotional performance. Her performance in conversation with roles like Jennifer Lawrence in mother! or Florence Pugh in Midsommar. Both actresses received numerous critical notices, but neither found love with the major awards bodies. Unsettling turns from Toni Collette and David Thewlis will turn some viewers off. Sadly, this is the norm for each of these performers, who never seem to receive the recognition they deserve. Throughout I’m Thinking of Ending Things, it is hard to dispute the film is an artistic achievement. Yet it also leaves the audience at arm’s length.

This problem created issues for Kaufman films in the past. Synecdoche, New York is considered a masterwork by many cinephiles, yet it barely registered with major awards bodies on its release. Synecdoche pushes the limits of what kinds of stories we tell, showcasing Kaufman’s experimental nature at every turn. While this means great things for the medium, experimental films rarely find awards buzz. Even Anomalisa, which earned an Oscar nomination, missed a writing nomination, despite space in the Adapted Screenplay race. 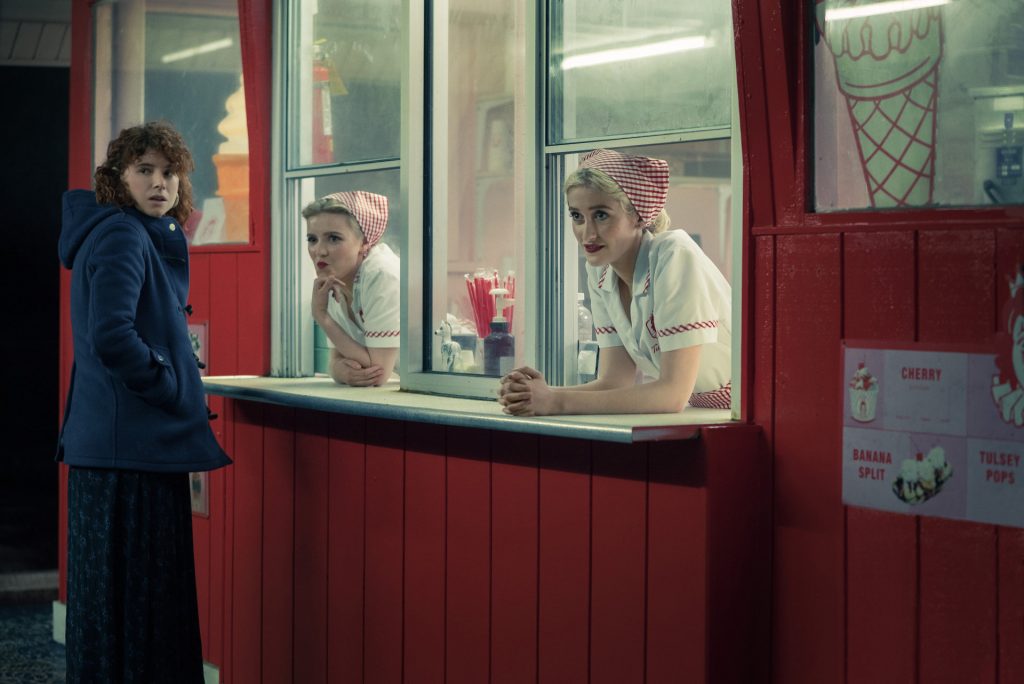 Deeply personal or emotional stories can be difficult for audiences, and Kaufman’s otherworldly approach drives away some before the film even begins. Few would argue Being John Malkovich, Adaptation., and Eternal Sunshine were unsuccessful at Oscar. However, each missed sure-fire nominations when Oscar morning came. Kaufman’s work has always had its fans, but he has detractors as well. This dichotomy within Hollywood leaves him struggling to even make films, let alone make films that compete for awards. If there’s one thing we know about the Academy, you need to connect with them to find success. Kaufman’s work pitches a very specific tone, and his surrealist style makes it harder to connect to the material.

I’m Thinking of Ending Things faces a difficult path, but it is far from out of the race. Just last year, The Lighthouse delivered a Lynchian nightmare of flatulence and lunacy. Willem Dafoe won an Indie Spirit prize for Supporting Actor, and the film found Oscar success with a Cinematography nomination. David Lynch’s Mulholland Drive earned a Best Director nomination, despite the Academy’s choice to ignore the rest of the film. For Kaufman, the likeliest path is towards another Adapted Screenplay nomination, which would replicate The Lobster’s nomination for Yorgos Lanthimos at the 89th Academy Awards. 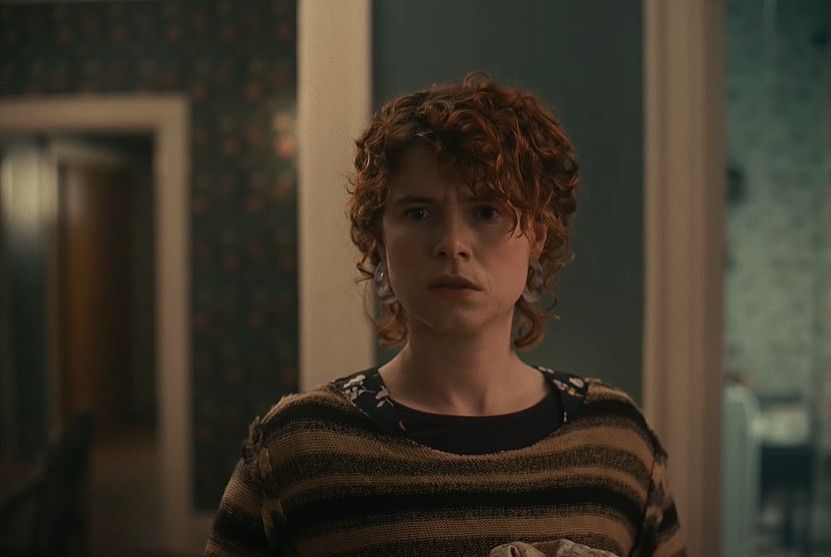 This brings us to I’m Thinking of Ending Things’ greatest challenge: standing out amongst the Netflix slate. Netflix will inevitably have to make a call on which films they push to the center of their campaign. In addition to Kaufman’s latest, the streaming giant still has Mank, The Trial of the Chicago Seven, Ma Rainey’s Black Bottom, Rebecca, Hillbilly Elegy, and The Prom. Da 5 Bloods already established itself as a hit and a contender, even before the tragic passing of Chadwick Boseman. That’s not even factoring in their animated slate or documentary library at their fingertips.

Netflix has a lot to manage this year, and even though Covid has left a gap for Netflix to dominate, it remains unlikely they will own entire categories. The competition is fierce during a normal Oscar season, but when your internal competition is this difficult, the odds of I’m Thinking of Ending Things earning a nomination goes down dramatically. Will Kaufman’s latest film remain a priority for Netflix as the year goes on? Or will it fall by the wayside in favor of more Academy friendly fare? Ultimately, Netflix may see I’m Thinking of Ending Things as a branch to indie fans and nothing more.