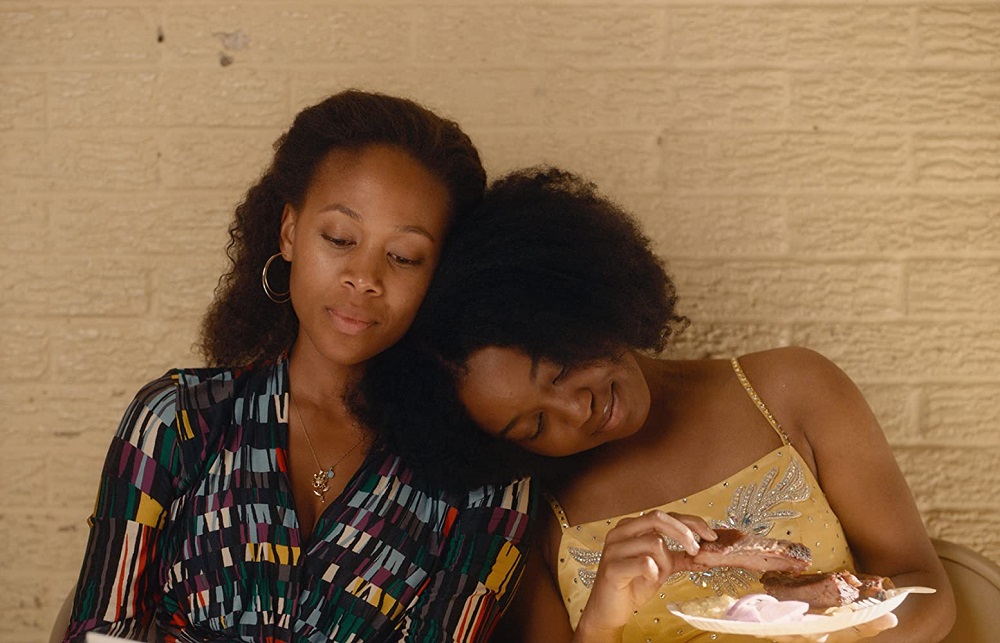 Nicole Beharie is doing as well as anyone could during a global pandemic. From taking time for herself, training, dancing, praying, and connecting with others. The star of indie hit, Miss Juneteenth, won Best Actress at this year’s Gotham Awards and we were delighted to talk with her about what it was like to hear she had won the season’s first major prize.

“It took awhile to hear my name,” she jokes, referencing the technical difficulties of producing a virtual awards show. “That’s just one of the things about this time,” she continues. “We’re all sort of learning the ropes… I don’t know how long it will be the new normal but it is what reality is right now.” The Best Actress category came right after a touching tribute to Chadwick Boseman, with whom Beharie co-starred in the film, 42, and who she calls a “great inspiration.”

Beharie herself has become an inspiration to many, from her starring role on the Fox series, Sleepy Hollow, to last year’s Sundance darling, Miss Juneteenth. In Channing Godfrey Peoples’ film, she plays Turquoise, a single mother struggling to connect with her teenage daughter, Kai (Alexis Chikaeze). As a teenager herself, Turquoise was forced to abandon her dream of becoming Miss Juneteenth, but now wants Kai to embrace and fulfill that dream.

The pageant and title of the film refer to the holiday, which is celebrated on June 19. It was on that date in 1865 that slaves in Texas finally learned they had been freed under Abraham Lincoln’s Emancipation Proclamation two and a half years earlier. Beharie notes the connection to that day, more than 150 years ago, to the world we’re living in today. “That’s sort of the backdrop in the history. We have a modern day story when people are commemorating that while we are currently in a sort of limbo of still negotiating, fighting for, longing for full rights of citizenship, and for our personhood to be equivalent for justice.”

The film premiered at Sundance a year ago, where it was nominated for a Grand Jury Prize. In addition to her Gotham Award, Nicole Beharie has been cited by multiple critics’ organizations for her heartwarming and relatable performance as a mother who wants more for herself and her daughter. The film was planned for a summer release before the pandemic hit and shut down industries around the world. Plans went forward anyway, and the release date was scheduled, fittingly, for June 19. Beharie explains, ” You know, people don’t really know the holiday and I was hoping that we could have an opportunity to really talk about the holiday and bring it a little bit more forward into the collective consciousness of the country.”

But the months leading up to the film’s release put a new focus on issues of violence against Black people in America, first with the murder of Ahmaud Arbery in February, then the killings of Breonna Taylor in March and George Floyd in May. Protests went on for months as millions around the country joined the call for justice and equality.

On the timing of Miss Juneteenth’s release, Beharie says, “There was protests on the heels of Ahmaud Arbery. On the heels of Breonna Taylor. This movie comes out while people are talking about Juneteenth almost for the first time that I can remember in a national conversation. What that is and why it’s been sort of an ignored holiday and why it’s important for us to commemorate that, looking at history, so that we have a better idea of where we really are and what the future could potentially hold.”

She also observes, “When we ignore or when we don’t absorb and assimilate all of what history communicates, we can find ourselves in similar situations and seeing the same theme, working out over and over again.”

The film itself serves as a celebration of history, as well as “a love story between a mother and daughter.” As for the opportunity to participate in a film that celebrates that mixture of history, culture, and love, Beharie says, “It’s kind of magical, but I’m actually having difficulty fully understanding it myself.”

Miss Juneteenth is available on demand and for rent or purchase.