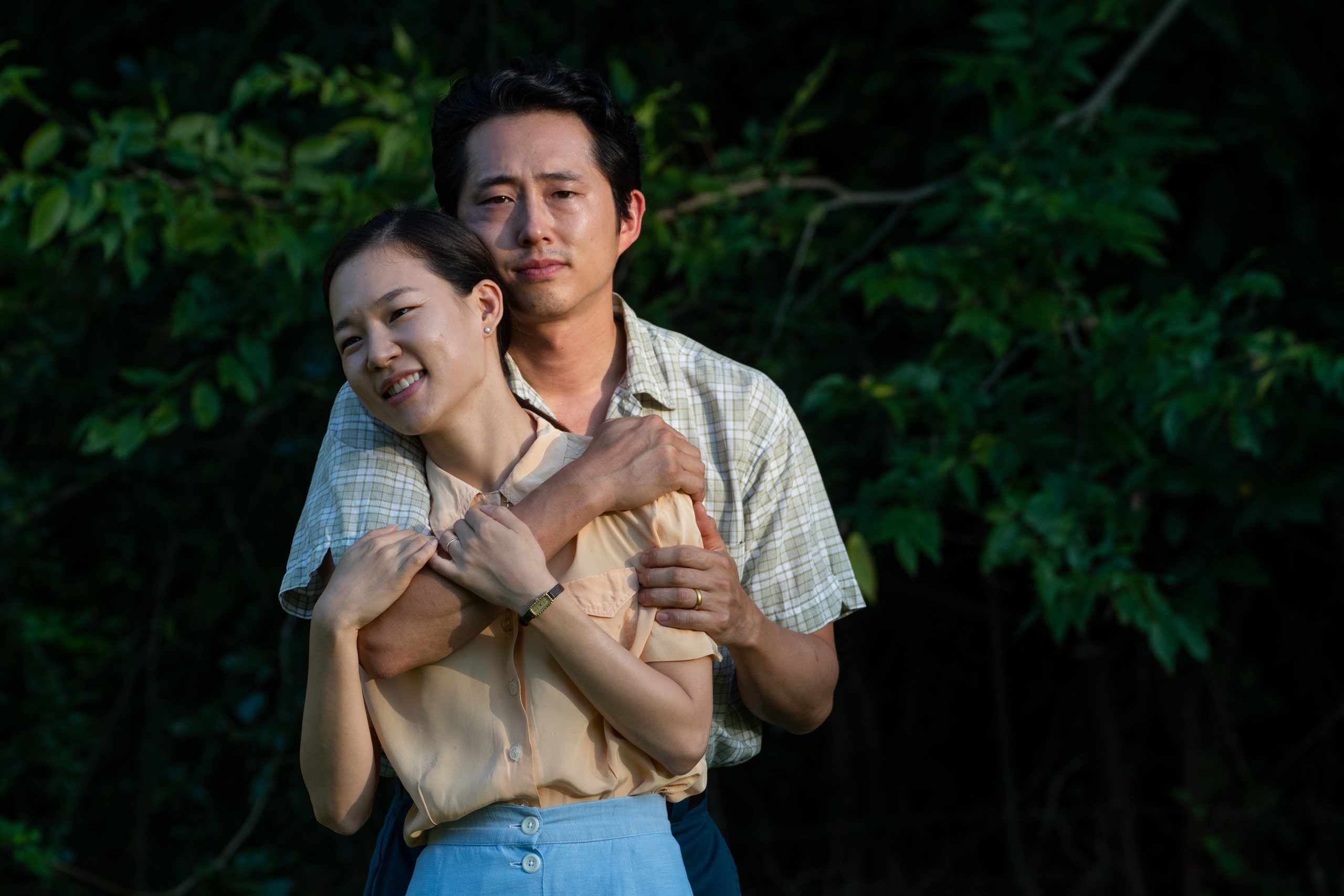 Yeri Han and Steven Yeun star in MINARI — Courtesy of A24

Yeri Han may be a new face to American cinephiles, but she has been a well known presence in film and television in her native Korea.

As one of the stars of Lee Isaac Chung’s, Minari, Han plays Monica, a wife and mother trying to balance the complicated and sometimes isolating experience as a working mother, an immigrant, and the voice of reason to her idealistic husband. I recently had the opportunity to talk with Yeri Han about her work on the film, building a relationship of trust with her co-stars, and the multigenerational relationships at the heart of her story. 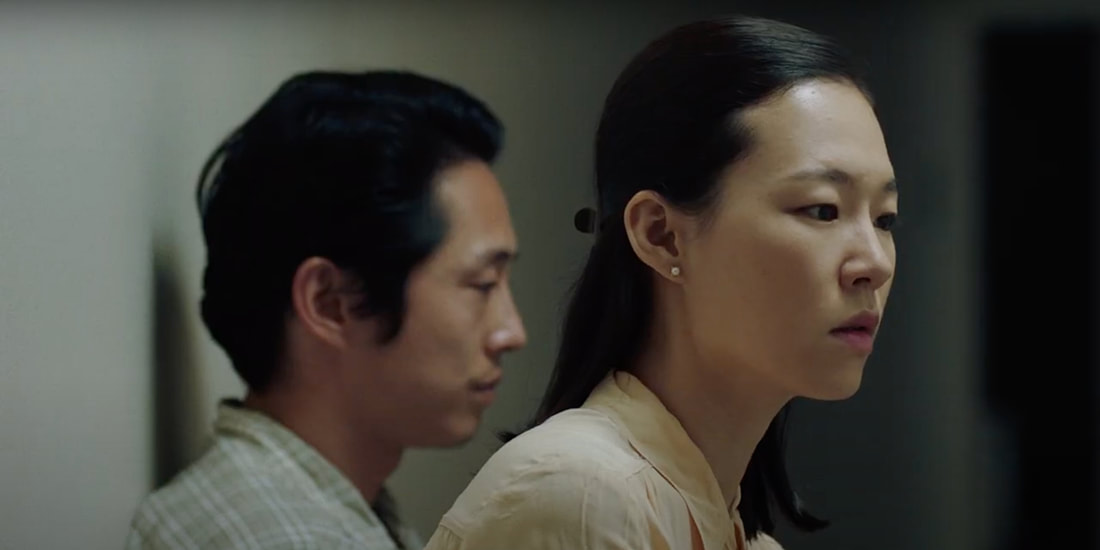 Steven Yeun and Yeri Han star in MINARI — Courtesy of A24

Karen Peterson/We Live Entertainment: Can you talk about how you first were cast in the role of Monica in Minari?

YH: When I first received the script, it was in sort of rough translated state, so I wasn’t sure whether I’d be able to portray Monica’s character. I was very concerned. But it was after meeting Isaac, after finding out what a great person he is, I just thought to myself that I would do this no matter what.

KP: What was something about Monica that you really liked?

YH: When I talked to Isaac, I found that his childhood wasn’t very different from my own. And I thought, oh, through working on this, we’ll be able to draw something that is common together. My parents married young like Monica and Jacob. And also I have six aunts. So I had a glimpse of what life was like for women from that time growing up. I took that as a reference a lot for building my character.

KP: Can you talk about getting to know Steven and what you did to build that relationship so you could show this couple on screen?

YH: Because we were staying at an Airbnb during the shoot, me and Steven spent a lot of time together talking about the two characters. Why were they in love? Why did they love each other? Why are they still together? How did they come to America? And how are they going to live? We had these long conversations and exchange that helped us prepare. And because Steven is such a sweet guy, he’s also very honest, and he had great affection for this film. It really motivated me to do my part as well as I can.

KP: What were some challenges you had?

KP: What was it like working with the chickens?

YH: {laughs} Because they are so fragile, the first time I touched them, held in my hands, they felt really mushy. So I was really terrified. {laughs} Because I have to show that Monica was getting better at the job, whenever the cue came in, I was able to just like go in and just pick them up. Made me realize I’m a natural actor. (laughs)

KP: Did you get good at telling them apart? Did you learn that skill?

YH: Not exactly. I thought I had developed a sense of telling them apart, but no, not really. {laughs}

KP: Can you talk about working with Isaac day to day on the shoot?

YH: Every moment was a very grateful moment for me. I could feel how much affection the director had for the film. And also there were a lot of people who love Isaac come to help us on the set. Despite the fact that we were pressed for time constantly, the director knew what he wanted to convey, what he wanted to show and he could really try to show that precisely. I was very thankful for Isaac for that reason after we finished shooting, and also for the crew. So I’m very much looking forward to Isaac’s next film.

KP: I think we all are. I’ve heard it was very hot during filming. How did you keep things calm?

YH: We weren’t calm at all! Especially because me and Yuh-jung traveled from Korea to join the production, we really wanted to give our best, to really make sure that we do our part as Korean actors. So, before we started, every time Yuh-jung would come and tell me, “Ye-ri, there’s no one out here to help us. You need to really get your act together.” {laughs} So I focused very much for the shoot.

KP: Speaking of Yuh-jung, and also the children, how did you work with each of your co stars to kind of build those relationships for the screen?

YH: With Soonja I thought there will be a mother and daughter who are more like friends because they only have each other as family since her father passed away in a war when she was young. And because Soonja is such a unique character, I thought in comparison Monica will be quite different from her. So I’m wanting to portray their relationship as friend-like.

With regards to mother and daughter relationship between myself and Anne’s character, I thought Monica would have a sense of guilt towards her because she doesn’t have the time to look after her properly. With the arrival of Soonja, there’s someone there to look after the children. Now Monica can focus more on our work and try to see that as a way of self-realization.

We would like to thank Yeri Han for speaking with us.

Minari is distributed by A24 and is available everywhere you rent movies. 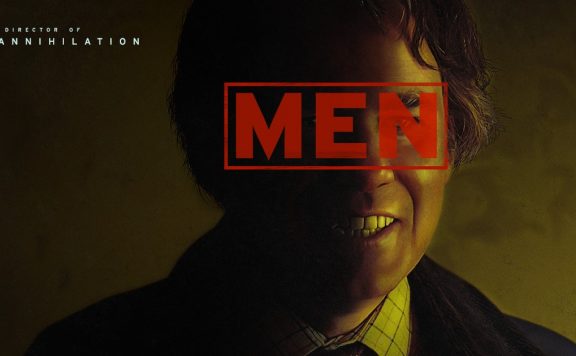 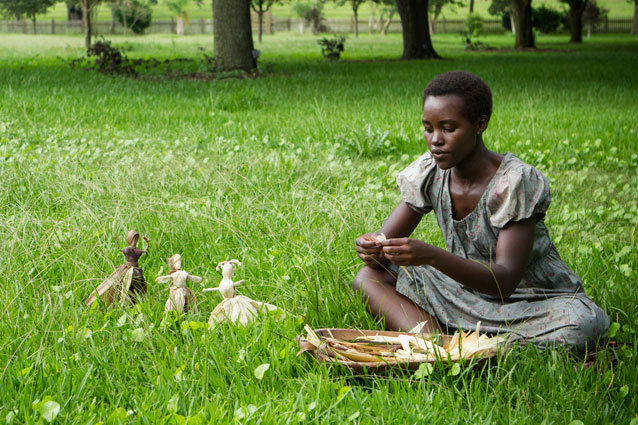