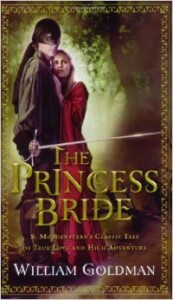 Before The Princess Bride was a beloved movie, there was the novel by William Goldman. If you’re an aficionado of the film, you’ll probably be surprised by the differences in the book.  Wesley’s and Buttercup’s storyline is only a small portion of the plot. In fact, I would say the protagonist of the book is its narrator, the fictionalized version of its author, William Goldman.

A short disclaimer before my review: This entire book is fictional. Of course, you say, it’s a novel about a princess bride! But trust me; there will be moments while you’re reading when you completely forget this fact. Much of the narration is incredibly worldly and mundane. At times, you can quite easily fall into the trap of believing that S. Morgenstern was a real author, that the country which Goldman visits to do his research actually exists, and that there really was an original text that he was studying.  I will say that Goldman’s method of narration, a sort of chronicle of accounts, makes the novel incredibly unique. Unfortunately, it also diminishes what I felt should have been the crowning glory of the novel, and that’s the Princess Bride tale.

Mr. Goldman spends much of the book elucidating on his love for S. Morgenstern’s True Love and High Adventures, more commonly known as The Princess Bride. He prattles on for chapters about how he came to be the author of the English abridgement of the tale, which he titled The Princess Bride: S. Morgenstern’s Classic Tale of True Love and High Adventure, the ‘Good Parts’ Version. Many more chapters pass by until we finally arrive at the story itself. But, of course, Goldman cannot abridge a tale without adding even more of his personal commentary throughout. I would have found the narrator’s annotations amusing if they did not interrupt the narrative so often. When I’m immersed in a story, particularly a fantasy, I do not appreciate being pulled out of it so abruptly.

The novel is also certainly not a relaxing read. Goldman’s narration is pompous and annoying at times. His opinions about various subjects, particularly his ex-wife and son, grated on me a lot. He also blathers on in circles, name-drops famous authors, directors, and celebrities, and relates banal stories that aren’t even relevant to the plot. To put it simply, Goldman the narrator is not a pleasant person.

The tale itself is exactly what you’d expect if you’ve seen the movie. There are a few select scenes in the book that weren’t included in the screenplay, but almost everything else, particularly the dialogue, is verbatim, which I enjoyed. I also appreciated reading more about how Buttercup and Wesley fell in love, as well as some added background information about the other characters, including Inigo and Fezzik.

If the novel only consisted of the Princess Bride tale, I probably would have enjoyed it a lot more. Unfortunately, since this is not the case, I really struggled to get through it. I often wondered if I would have liked the novel more if I had not seen the movie prior to reading it. Anyhow, I really did not see the hype, and I finished the novel on a rather disappointed note. 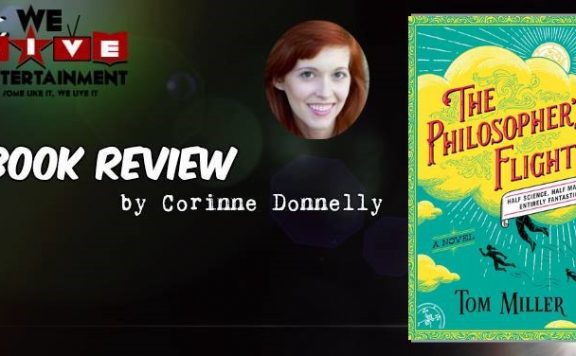