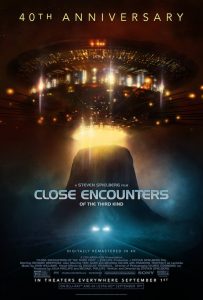 The Steven Spielberg classic Close Encounters of the Third Kind is back in theaters this weekend.  I was always a Spielberg fan but never got to see this in theaters before, because at the time of its release I was being born. While I’d always love to see an actual film print, the new 4K transfer is stunning and you can still see the original film grain, particularly in the sandstorm and the nighttime finale. It’s almost unfair to all the new movies still competing at the box office this weekend. They can’t top Close Encounters.

Spielberg wrote and directed his follow-up to Jaws. Roy Neary (Richard Dreyfus) and Jillian Guiler (Melinda Dillon) witness a UFO flyover in the middle of the road. They spend the rest of the movie trying to follow clues to the alien landing, despite tearing their families apart and the government trying to cover it up. Here’s why Close Encounters of the Third Kind tops any other movie you could in theaters see this weekend.

The Hitman’s Bodyguard – Roy Neary’s outbursts at his kids are funnier.

Annabelle: Creation – Pretty scary but it stands on the shoulders of Spielberg’s abduction of Barry scene.

Dunkirk – The timeline of makes sense (WWII soldiers unaged) and you can actually hear the dialogue.

Wind River – Close Encounters shows the mountains can be home to welcoming visitors too.

The Dark Tower – No CGI, all old school FX

Spider-Man: Homecoming – A much better homecoming in Close Encounters

The Emoji Movie – I mean, come on.

Close Encounters of the Third Kind in 4K plays for one week only and then arrives on Blu-ray, 4K Ultra on September 19. 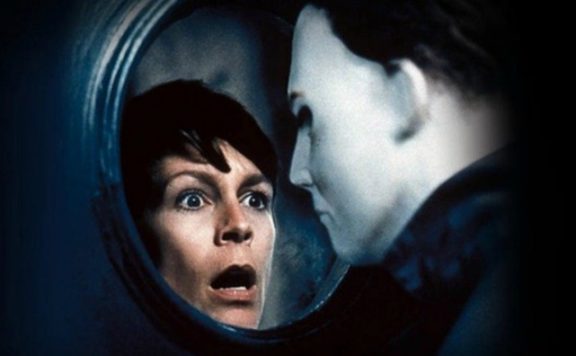