We Live Entertainment recently attended the virtual press conference for The Prom, a new musical comedy film based on the Broadway musical of the same name. At the press conference, filmmaker Ryan Murphy and stars Ariana DeBose, Jo Ellen Pellman, Meryl Streep, James Corden, Nicole Kidman, Andrew Rannells, Kerry Washington, and Keegan-Michael Key spoke about what it was like to see The Prom on Broadway and their experience while making the film. Here are ten key things that I learned about The Prom during the conference.

10. Ryan Murphy saw The Prom on Broadway in January of 2019. He mentioned that the character of Emma is from Indiana which is where Murphy grew up. Also, just like the character of Emma, Murphy was not allowed to go to his high school prom because of his sexual orientation. He notes that once he started thinking about that, the story felt rather personal. Murphy added that he loved the way that the Broadway show made him feel so much so that he actually asked the producer to go to dinner with him so he could discuss the possibility of turning it into a feature film.

9. Jo Ellen Pellman is from Cincinnati, Ohio so she felt like she was very understanding of what it was like to be from the midwest. She saw the show on Broadway with her mom and immediately had a personal connection to it because she identifies as Queer. She said coming out in high school was a “wild experience.”

8. Keegan Michael Key was “nervous with anticipation” to kiss Meryl Streep in the film. They did most of their scenes in the film prior to the scene in which they kiss. He was waiting for their big kiss scene for a while. He adds that when he was a kid in theater school, he would have never imagined that he would one day be kissing Meryl Streep in a film.

7. James Corden mentioned that he never attended a prom because, in Britain where he grew up, because they didn’t have them there. Andrew Rannells took an older woman to his prom at the all-boys Catholic school that he attended. She wore a black cocktail dress that managed to make him very popular for the rest of his senior year.

6. Ariana DeBose might be new to the silver screen but she has appeared in several Broadway shows including Hamilton. DeBose mentioned that she saw The Prom three times on Broadway and each time that she saw it, the experience was even better than last. While watching the show on Broadway, she noticed a lot of women in the audience but what stuck out the most was that there were several people of color in attendance. She went after the role because she knows how important it is to see yourself reflected on the screen. She was honored to be part of the film. 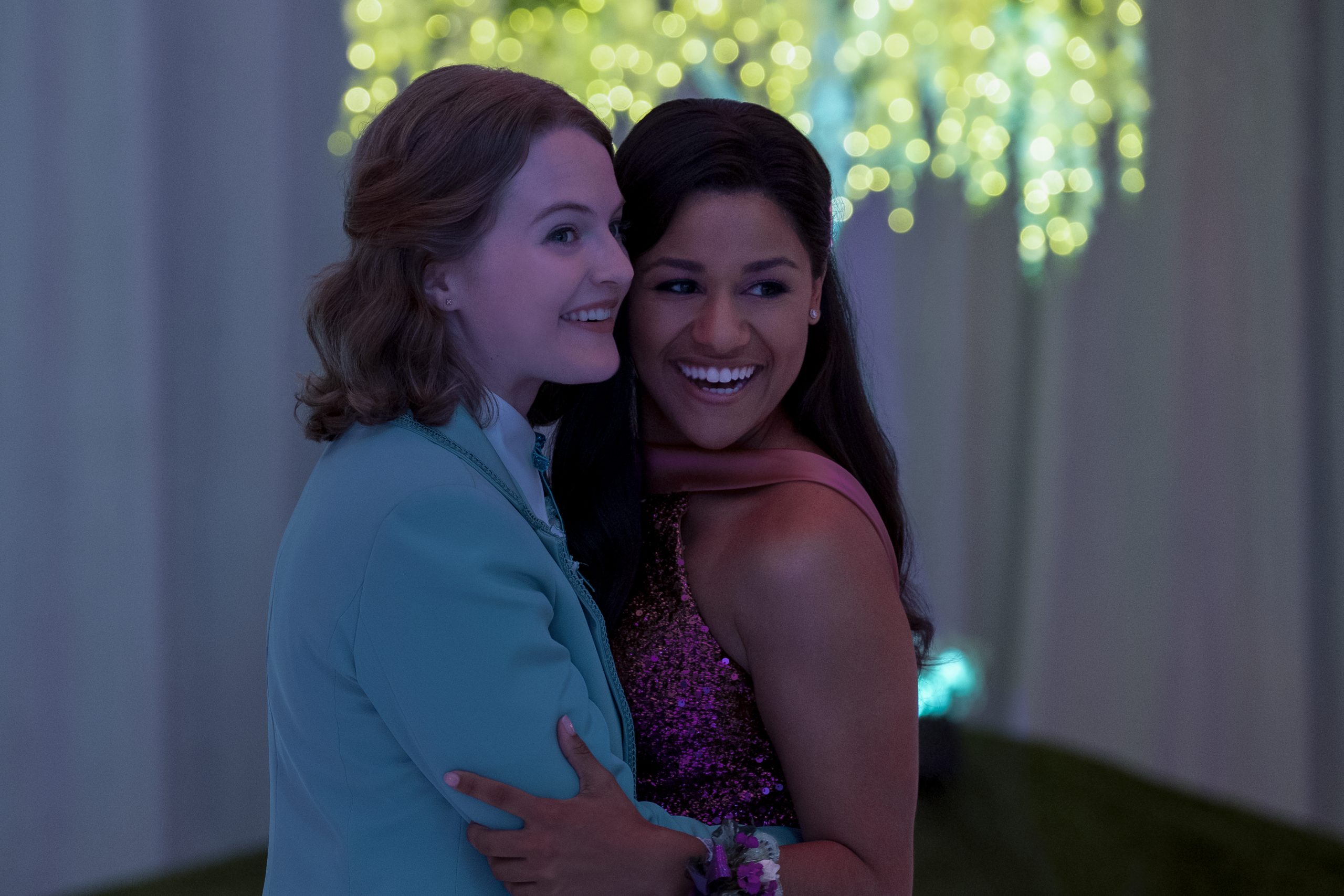 5. Kerry Washington believes that pop culture can spark social change. She believes that stories in movies and tv shows help inform us of who we are and what we stand for. We see ourselves in these stories and these characters. She adds it’s not the only way to create change but it helps spark a conversation.

4. Meryl Streep loves dancing in musicals. She loved seeing the younger cast dance in this film. She thinks that musicals are irresistible especially when people start to dance. Meryl Streep was a Ryan Murphy fan prior to doing a film. She is a fan of American Horror Story. She felt like she was unprepared for the joy and love that Ryan Murphy brought to the project.

3. Nicole loves her relationship between her character and Emma in the film. She loves the idea of an older woman helping a younger woman by just being there for her. Jo Ellen Pellman and Nicole Kidman shared a lot of stories on set about their own lives and they really bonded on set. She was so intimidated by Jo Ellen and Ariana because they were so good at dancing and she felt like they put her to shame.

2. James Corden loved the connection that his character Barry shared with Emma in the film. He mentions that what initially began as this silly and cynical trip turned into something that was about self-discovery for the character. Barry sees himself in Emma. Just like Nicole Kidman, Corden added that he was blown away by working with Jo Ellen Pellman and that she is destined to be a star.

1. Ryan Murphy set up a musical boot camp at Paramount Pictures when rehearsing for the film. They spent a lot of time working together to learn how to dance and prepare themselves for the film.

The Prom will be streaming exclusively on Netflix beginning Friday, December 11, 2020 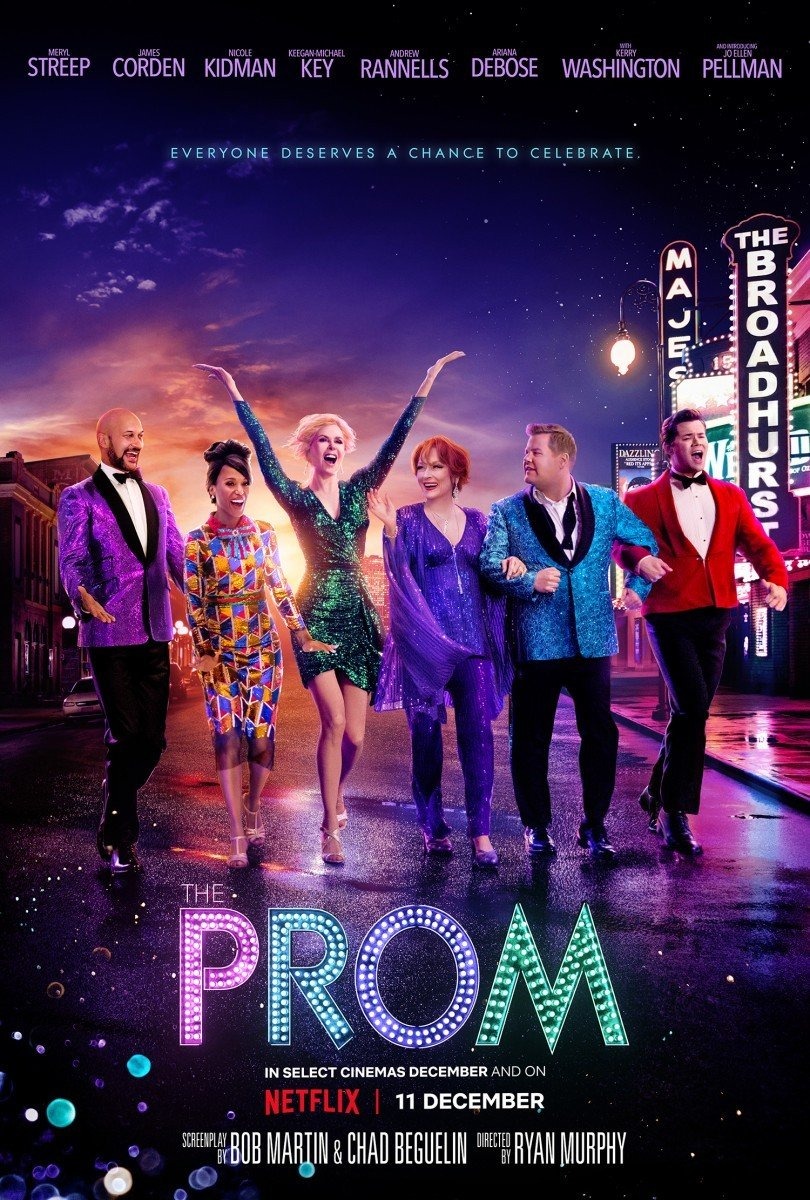 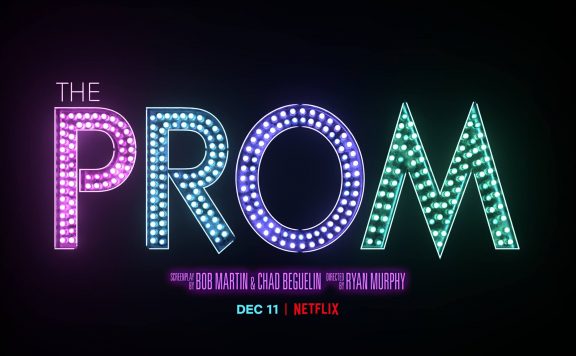 10 Things We Learned at ‘The Prom’ Press Conference