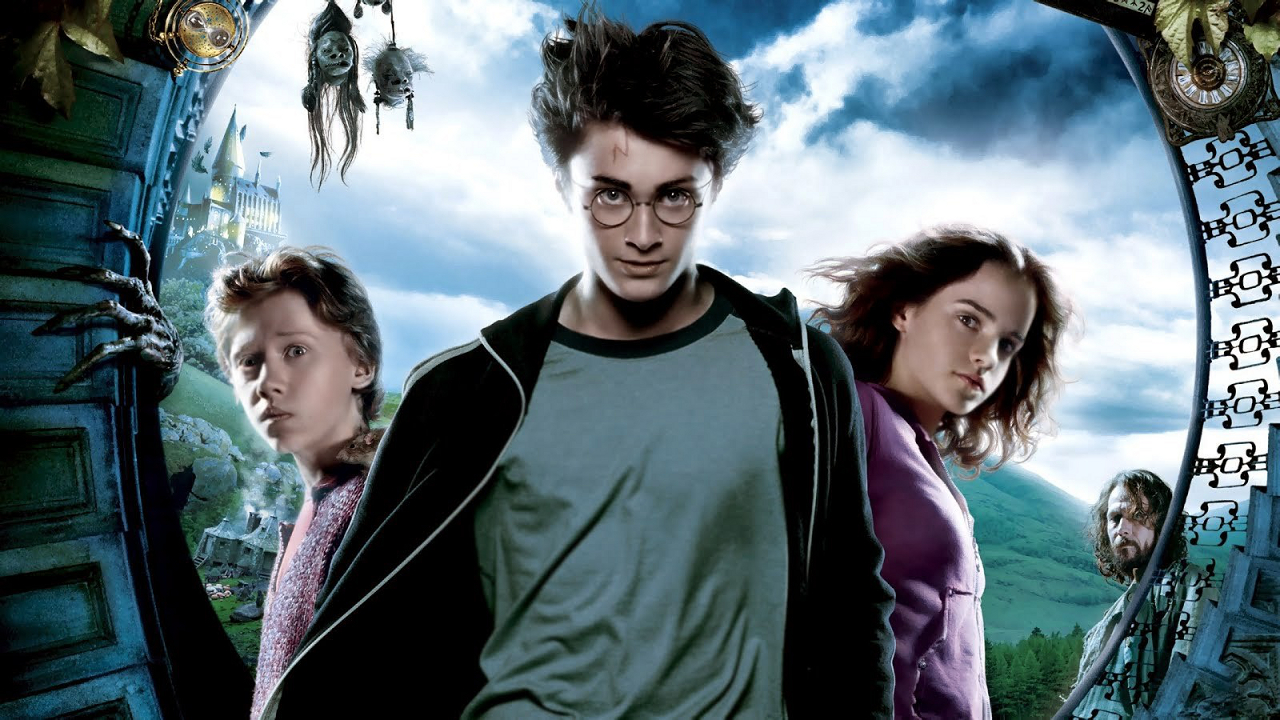 When the first two Harry Potter films hit theaters between 2001 and 2002, the franchise simply wasn’t winning me over. I tried watching Harry Potter and the Sorcerer’s Stone on VHS back in 2002. Yet no luck converting me into some Potterhead. I’ve hadn’t even read J.K. Rowling’s series. Harry Potter and the Chamber of Secrets failed to move the dial either. So when Harry Potter and the Prisoner of Azkaban was released on June 4, 2004, there wasn’t much excitement on my end. My friends at the time convinced me to give Azkaban a chance. “It’s really, really good.” That may have been some of the best advice taken that summer.

Something Wicked This Way Comes 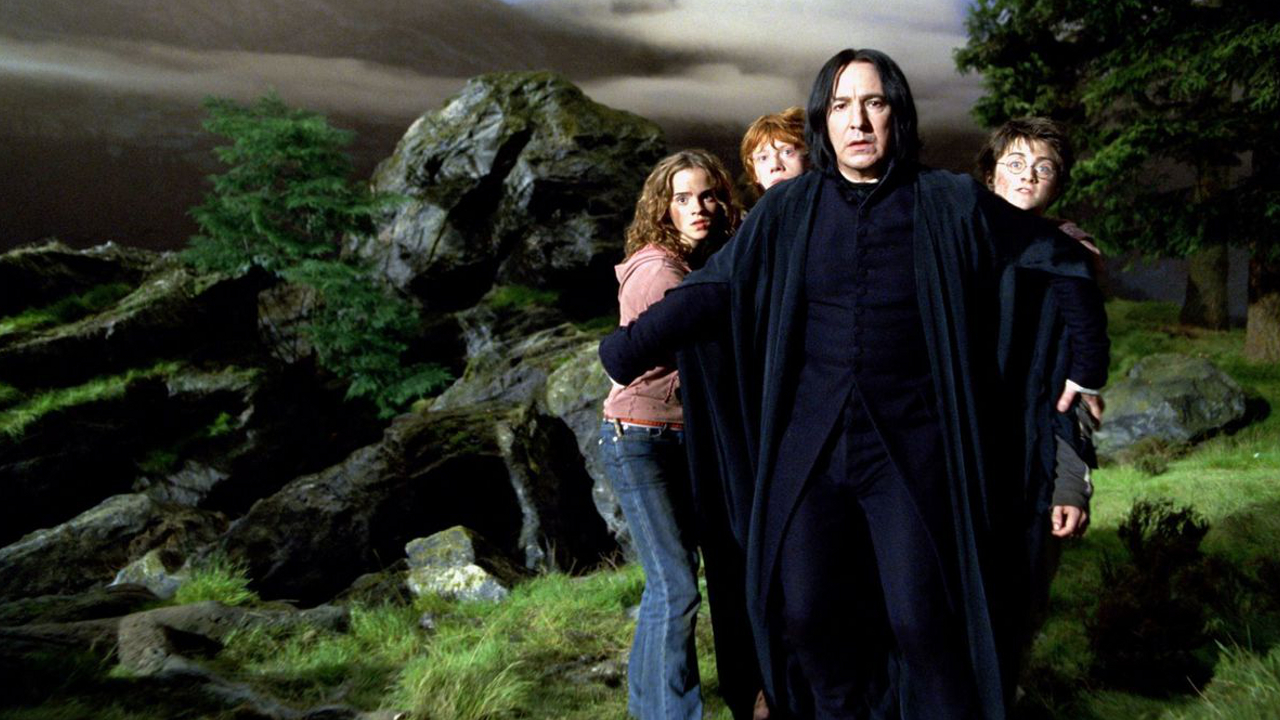 The darker tone certainly attracted me to Harry Potter and the Prisoner of Azkaban. I know Chris Columbus’ first two films are intended to be light adventures. Voldemort’s out there (in some form or another), but we’re still a long way from a full-blown Wizarding War. There’s still that feeling of safety. Well, with the exception of a two-faced Defence Against the Dark Arts professor and a murderous memory of course. Instead, Azkaban forces Harry to face his fears and demons over the course of his third year. The Dementors are terrifying entities, reminiscent of Tolkien’s Nazgul riders. And they just can’t seem to leave Harry alone. Whether on the Hogwarts Express or in the middle of a Quidditch match, the Dementors are a constant reminder of one’s mortality. In general, the film’s atmosphere takes a drastically darker turn. And it’s a bit of a surprise Harry Potter and the Prisoner of Azkaban wasn’t slapped with a PG-13 rating.

Everything’s About to Change, Isn’t It? 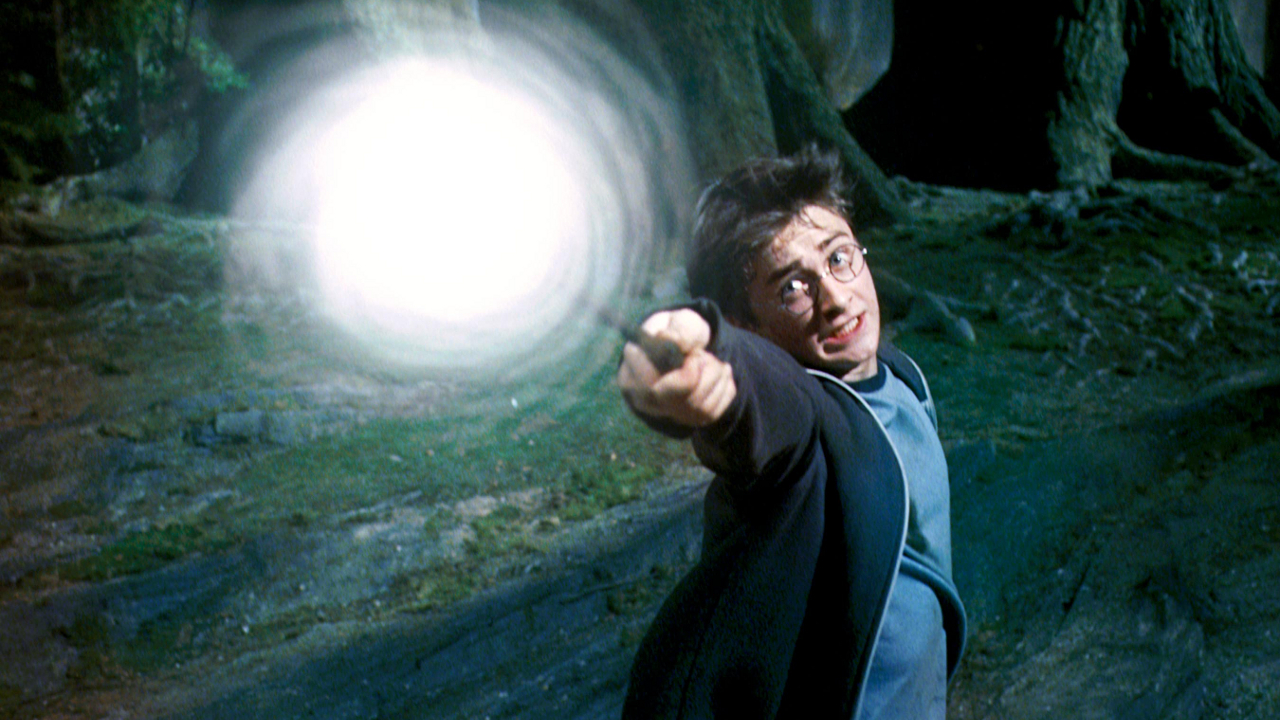 While that’s a direct quote from Goblet of Fire, that can be equally applied to Harry Potter and the Prisoner of Azkaban. Every Potter film adds something new to the Wizarding World table. Though, this installment changes the game going forward. Due to Richard Harris’ passing in 2002, Michael Gambon took over the role of Albus Dumbledore. Gambon’s Dumbledore was rougher around the edges, losing much of Harris’ grandfatherly spirit. Just revisit Goblet of Fire for the biggest differences between Dumbledores. Dumbledore’s not much of a key player in Azkaban. However, Gambon still offers a well-realized interpretation of the beloved headmaster. Even back in 2004, it was obvious Gambon would be able to pull of the legendary wizard critical moments in Half-Blood Prince and Deathly Hallows – Part 2.

Perhaps the most vital addition in Harry Potter and the Prisoner of Azkaban is the introduction of the Marauders. Gary Oldman shines as Sirius Black. For anyone who didn’t read the books, the twists and turns with Sirius are captivating for over two hours. First we find out he’s the reason Lily and James Potter are dead. Then we find out he’s Harry’s godfather. But then we learn, Sirius didn’t betray the Potters, it was that damn rat. Azkaban makes his ultimate fate in Order of the Phoenix even more tragic. David Thewlis’ Lupin is another fine addition to the series. Finally we get a decent Defence Against the Dark Arts professor. Despite being a werewolf, he’s a major upgrade from Quirrell and Lockhart. Plus, he’s another ally for Harry in the wars to come. Like Sirius, he’s another tragic figure threaded into Harry’s life. The film doesn’t go into the detail that Rowling’s novel does. Still, it’s comprehendible for moviegoers. As the Potter narrative shifted, so did the directorial duty. Chris Columbus was a respectable choice for the first two films. However, the series need to shed its child-like tone. Y Tu Mamá También director, Alfonso Cuarón helmed the third film. Cuarón wasn’t your blockbuster director, opting for more personal auteur projects. Children of Men, Gravity and Roma are all acclaimed examples of his genius as a director. All three are musts to watch. But with Harry Potter and the Prisoner of Azkaban, he transformed the mega-hit into something much more. Azakban’s refreshingly shorter than the previous two films. Both of which seemed slavish to Rowling’s source material. And while some plot point like the Marauders were glossed over, it doesn’t detract from a well-paced film. In fact, Azkaban’s shorter run time, though questioned upon release is greatly welcomed.

Where most sequels feel the need to raise the spectacle, Cuarón appropriately scales the spectacle back a tad. Azkaban’s more of a personal journey for Harry this year. It’s this delicate period between child-like wonder and pubescent rage. Cuarón has no problems capturing this year perfectly. It’s not just limited to Harry’s perspective either. Rupert Grint and Emma Watson both play Ron and Hermione in that in-between phase. There’s flirtation, fighting and friendship all rolled up into one school year.

Technically, no other film touches Azakban. Between the editing, cinematography and score, Harry Potter and the Prisoner of Azkaban is a beautiful, albeit haunting installment. Cuarón delivers the total package, something never challenged again in the sequels. The same goes for both Fantastic Beasts and Where to Find Them and Fantastic Beasts: The Crimes of Grindelwald too. While the next five films are good in their own right, it’s a shame that we never saw the world continue to unfold through Cuarón’s lens.

Share you thoughts and memories about Harry Potter and the Prisoner of Azkaban down below.