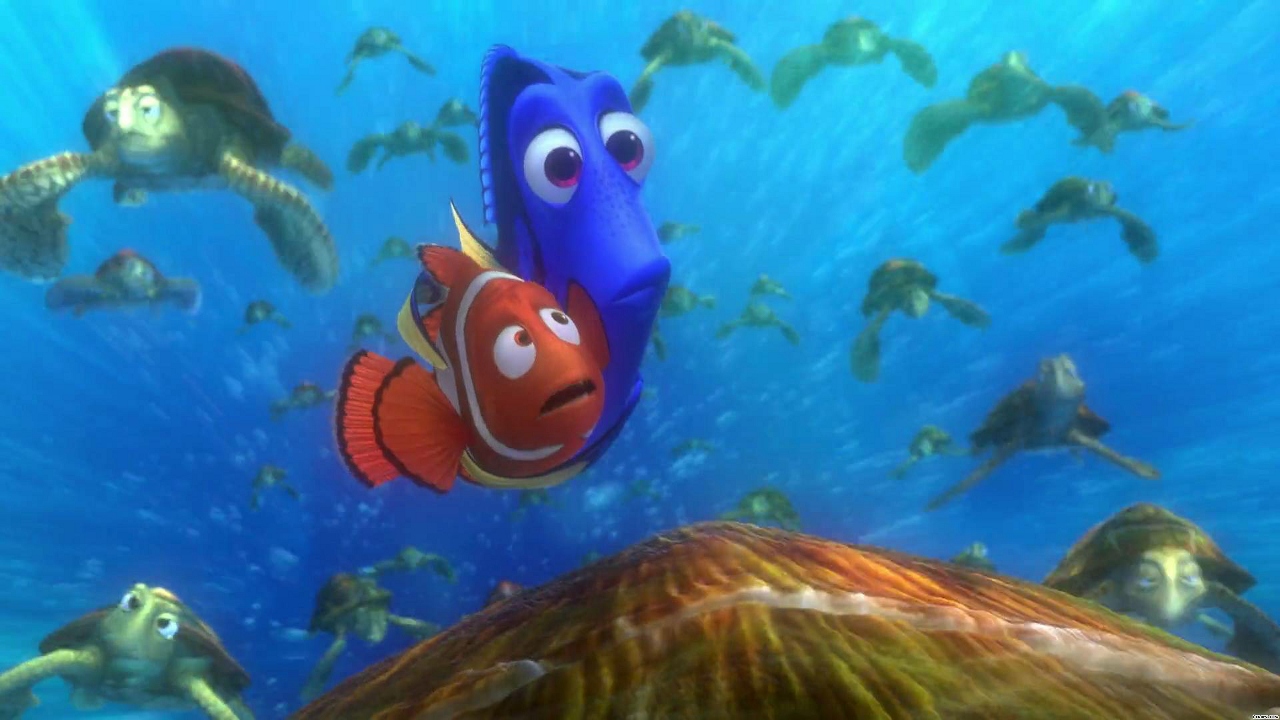 ‘Finding Nemo’ Opened the Ocean for Pixar and Modern Animation

Finding Nemo came at a perfect time for me. I hadn’t experienced Miyazaki’s Spirited Away quite yet. It had been a few years since Toy Story and Toy Story 2. I was beginning to slip away from animated films. As I look back on this 15 years later, the concept is just mind-boggling, especially since I adore the medium. Hearing about the latest Pixar film with near-perfect reviews on Rotten Tomatoes, I was eagerly drawn back thanks to this enchanting trip under the sea (sorry Back to the Future). I can gush about how much Finding Nemo is one of my all-time favorite animated films. Though in this case, I’ll be examining the legacy of this animated sensation’s “perfect storm.”

Return of the Animated King

Ever since Disney’s The Lion King became an overnight sensation during the summer of 1994, animation has been a solid draw during the heated summer months. Pocahontas, The Hunchback of Notre Dame, Hercules, Mulan and Tarzan wrapped up a lucrative Disney Renaissance, each earning at least $100 million domestically. Dinosaur and Lilo & Stitch both passed $130 million in 2000 and 2002. Atlantis: The Lost Empire was the exception, grossing a mere $84 million. Then again, DreamWorks’ Shrek blew away expectations that summer, grossing $267.7 million. Disney had its fair share of hits from 1995-2002, but no film could touch the success of The Lion King.

May 30, 2003 changed everything. Pixar dropped its first summer release ever with Finding Nemo. Previously Toy Story, A Bug’s Life, Toy Story 2 and Monsters, Inc. all debuted in November, grabbing those holiday legs. Finding Nemo would tackle a loaded May slate, coming off week after week of box office smashes. X2: X-Men United, The Matrix Reloaded and Bruce Almighty all cleared the $200 million milestone, but leave it to Pixar to the bar even higher.

By that Sunday, Finding Nemo was already the biggest animated opener ever with an unprecedented $70.3 million start. As newcomers continued to emerge, Finding Nemo did not quit through months of June and July, staying in the Top 5 for seven straight weekends. It would take 12 weekends to have a weekend drop higher than 40%. We’ve rarely seen summer films hold as of late. Last summer’s Wonder Woman might be the only other rare tentpole to even come close in the past 15 years. By the end of its run, Finding Nemo would become highest-grossing animated film ever with $339.7 million, shattering the nine-year reign of The Lion King. Shrek 2 would cut that run short a year later, albeit wrapping up with a less leggy run. Finding Nemo would even remain the top-grossing film of 2003 until The Lord of the Rings: The Return of the King ended the epic Middle-Earth journey that December.

Since Finding Nemo’s success, Pixar had transformed summer into their personal box office bonanza. Up ($293.0 million), Toy Story 3 ($415.0 million), Monsters University ($268.5 million), Inside Out ($356.5 million) and Finding Dory ($486.3 million) were major wins for the studio in the summer months. Other non-Pixar franchises like Shrek and Despicable Me were equally successful opening in summer. 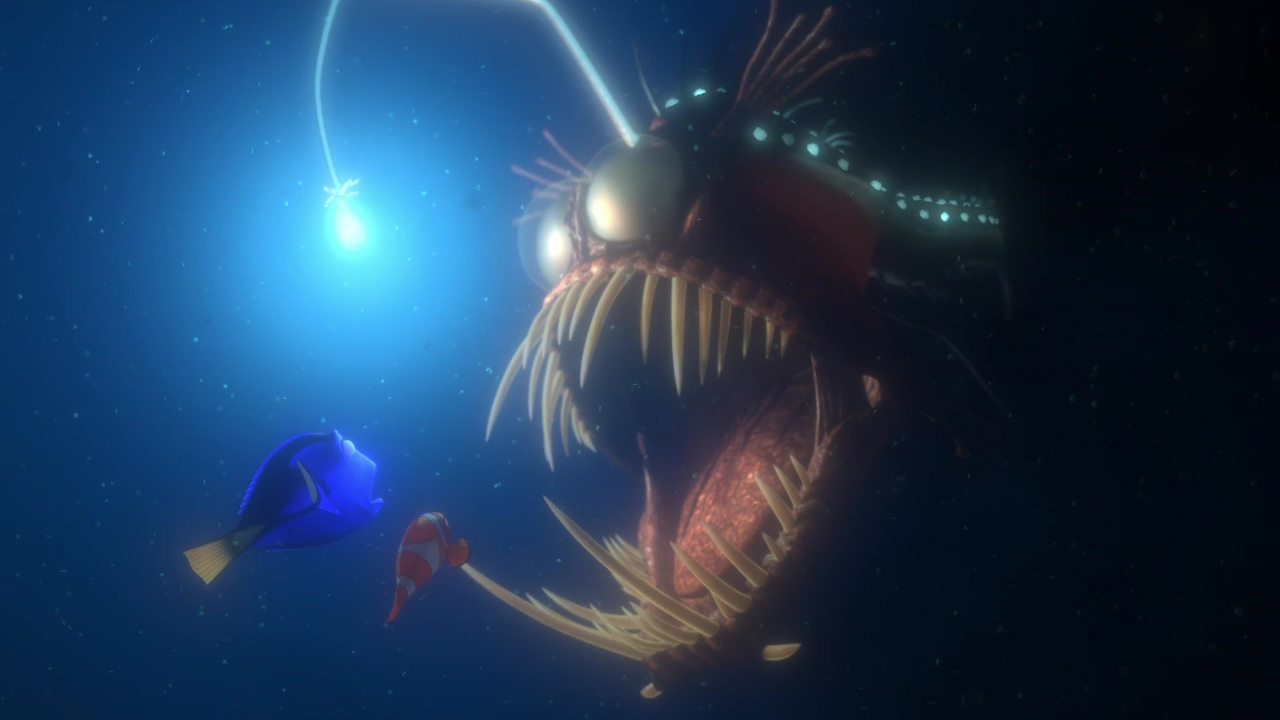 While a staple of the Academy Awards show for the past 16 years, the Best Animated Feature category wasn’t awarded until 2002. Before then, the best the likes of Beauty and the Beast, Aladdin and The Lion King could do to take home a golden statue was in the Best Original Song category. Even though, both Toy Story and Toy Story 2 were critical and audience darlings, neither were eligible for the non-existent award. In fact, Monsters, Inc. became the first Pixar film to be nominated, falling short to Shrek. Hayao Miyazaki’s masterpiece, Spirited Away would claim the prize the following year. The 2004 awards show heralded a dominant Pixar era until 2010.

Finding Nemo gained Pixar its first Best Animated Feature award that year against Brother Bear and The Triplets of Belleville, and rightfully so. The animated flick would also be nominated for three other categories, including Best Original Score, Best Sound Editing and Best Original Screenplay. Finding Nemo would come up short in those categories, losing out to The Lord of the Rings: The Return of the King, Master and Commander: The Far Side of the World and Lost in Translation respectively. Pixar would continue to win the Best Animated Feature category in the following five out of seven years. The Incredibles, Ratatouille, Wall-E, Up and Toy Story 3 would take home the trophy as well. Since 2010, the animated studio would win for Brave, Inside Out and most recently, Coco.

For millennials, seeing Toy Story, Monsters, Inc., Finding Nemo and The Incredibles were all considered unforgettable theater experiences. The latest generation didn’t have that experience unfortunately. Sure you could pop in a VHS, DVD, Blu-ray or soon 4K UHD of your favorite Pixar film and it would be fun time. It’s just not the same as seeing it on the big screen. The plus side of Pixar waiting so long on releasing sequels is that a new generation can enjoying them for the first time as we did. Toy Story 3, Monsters University and Finding Dory brought new stories to our beloved character. We’ll know if Incredibles 2 will follow suit in a few short weeks.

I’ve always found Finding Nemo to be a perfect standalone film. Though I will admit that Finding Dory came real close to bringing back the 17-year-old me who watching Finding Nemo back in 2003. And like its predecessor 15 years ago, Finding Dory broke the animated opening weekend record. How ironic that history is slowly repeating itself.

Much has changed since 2003, but Pixar’s Finding Nemo remains a modern-day animated classic. Very few films in the genre have left such a legacy in the past 20 years.

'Finding Nemo' Opened the Ocean for Pixar and Modern Animation Finding Nemo came at a perfect time for me. I hadn't experienced Miyazaki's Spirited Away quite yet. It had been a few years since Toy Story and Toy Story 2. I was beginning ...
0
Average User Rating
0 votes
Please sign in to rate.