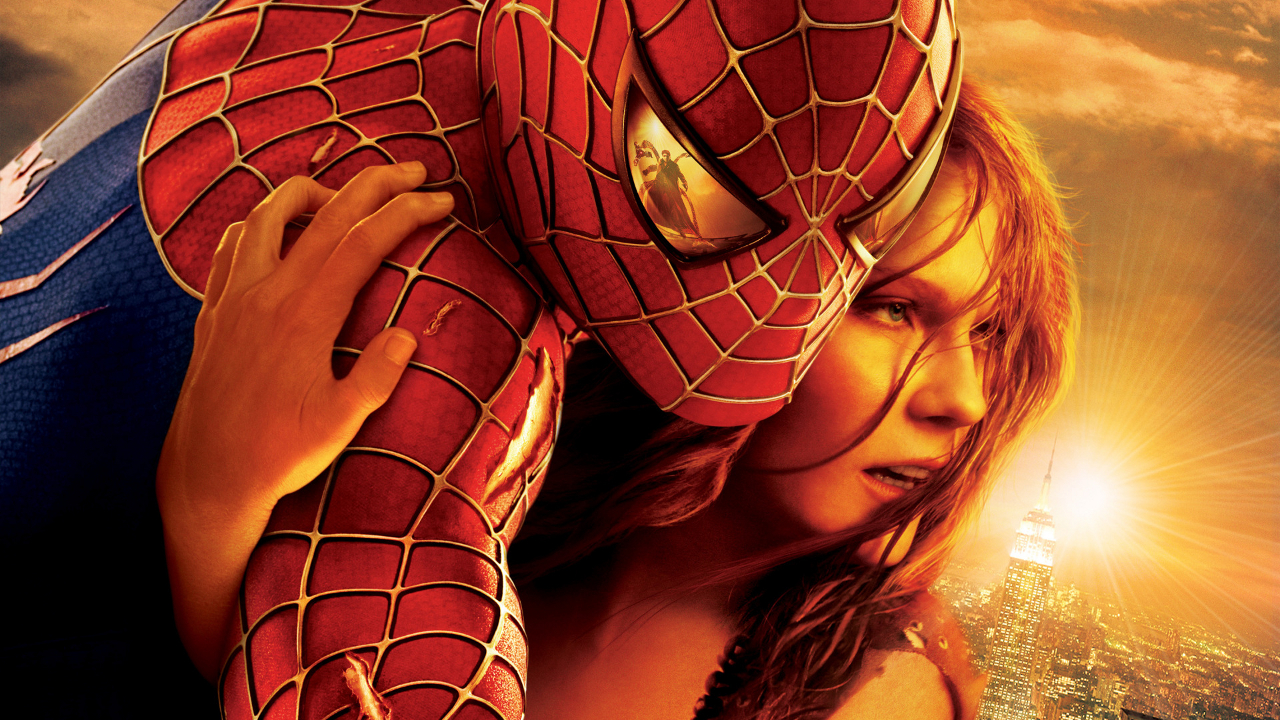 In less than 48 hours, many of us will undoubtedly be watching Spider-Man 2 on the big screen. No, not “that” Spider-Man 2, but rather Spider-Man: Far From Home. Far From Home marks the third time in 15 years we’ve been down this same road. It’ll also be the third time since December that our friendly neighborhood Spider-Man swung his way into theaters. Back in 2004, Spider-Man overload was nothing shy of a pipe dream. And thanks to the MCU, the superhero cinematic landscape has changed drastically since then. But even if times have changed, breaking through the high ceiling of Sam Raimi’s Spider-Man 2 remains an elusive feat.

It’s safe to say that 2002’s Spider-Man was a genre milestone. Just like Richard Donner’s Superman and Tim Burton’s Batman, Spider-Man paved the way for nearly 20 years worth of superhero films. At the time, Spider-Man and X-Men were running the show. We wouldn’t see Christopher Nolan evolve superhero films even further until 2005 with Batman Begins. And the MCU was still three years beyond that. In the meantime, Spider-Man was the hero we truly needed in the early 2000’s. The 2002 film was nothing short of a success story. Spider-Man shattered the $100 million milestone in its opening weekend. Avengers: Endgame tripled that opening weekend back in April. But for 2002, that was unheard of even with Star Wars and Harry Potter dominating the box office. Critics and audiences alike were wowed by Raimi’s blockbuster, fueling a strong desire for its inevitable sequel.

Before Spider-Man 2 even hit theaters, 2004 was already a promising year for sequels. Shrek 2 lived up to its 2001’s predecessor. Likewise, Harry Potter and the Prisoner of Azkaban did wonders for its magical franchise. Shedding the childish tone of the first two films, Azkaban’s darker narrative would offer the series’ most compelling chapter. Could Spider-Man 2 follow suit and do what The Empire Strikes Back did for Star Wars in 1980? In short, yes.

Spider-Man 2 earned its right to sit alongside The Empire Strikes Back, The Lord of the Rings: The Two Towers and The Godfather: Part II as one of the greatest follow-up films ever. The mantle of Spider-Man takes a toll on Tobey Maguire’s Peter Parker. Despite being the web-slinging savior of New York City, his personal life is in shambles. He can barely hold a job delivering pizza on time. College is an afterthought as his grades continue to slip. His relationships with both Harry (James Franco) and Mary Jane (Kirsten Dunst) are strained, albeit better chemistry in round two. He even questions whether it’s worth being Spider-Man midway through Spider-Man 2.  At one point, Peter has enough, going as far as to throw his iconic costume in the garbage. We’re fully invested in Peter’s conflict that such a scene spells heartbreak. Very few superhero films since then have hit that sort of emotional punch. Infinity War and Endgame maybe. 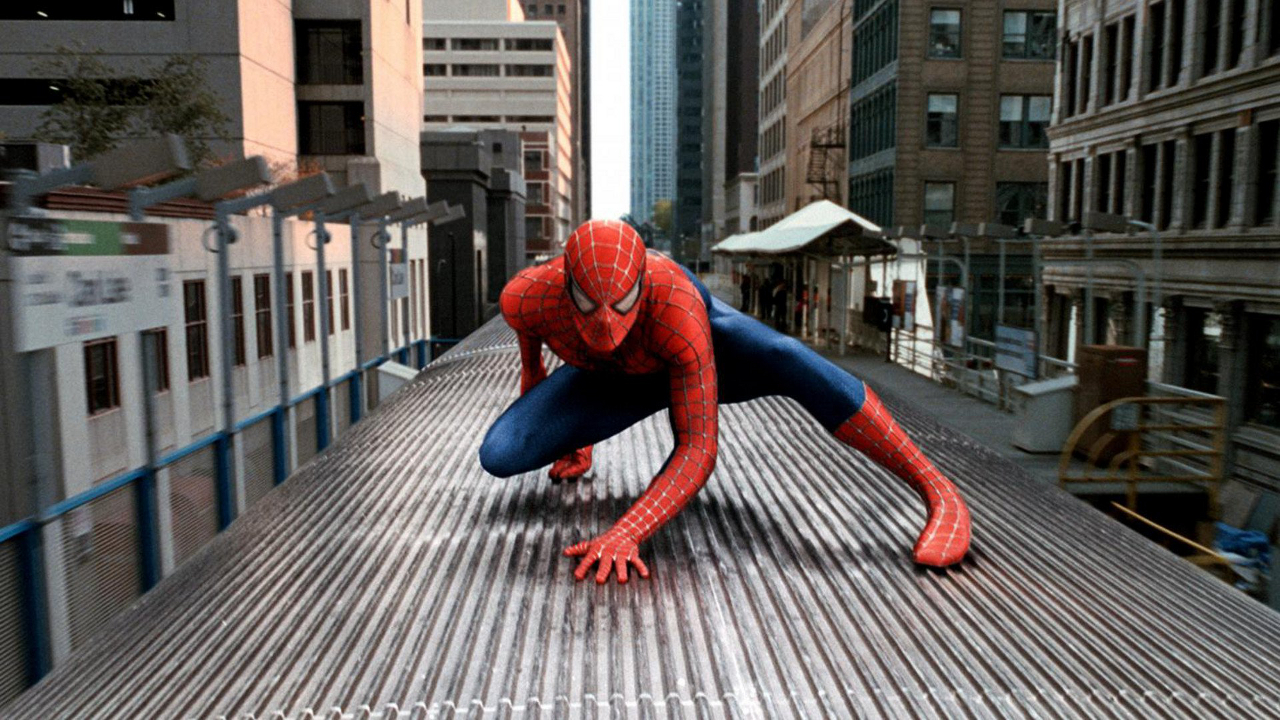 Like the first film, Spider-Man 2 pits Spidey against another intimate rogue. Alfred Molina’s Doctor Octopus is menacing as he is tragic. Similar to the Willem Dafoe’s Green Goblin, Doc Ock isn’t some one-dimensional villain. He’s a by-product of his corrupted tech. Yeah, those four mechanical arms of his have their own agenda. On paper, the concept sounds silly even by comic book standards. However, Raimi transcends any cheese with conflict and tragedy. Physically, Doc Ock is a formidable adversary for Spider-Man. The clock tower and subsequent train fight around the third act is a prime example of the increased spectacle Spider-Man 2 is willing to offer. But it also adds to Raimi’s increased confidence in staging larger superhero clashes within reason. Focus remains streamlined to a singular layered enemy. Though, Spider-Man 3 would disregard those creative choices. Let’s not digress into that disappointment of a sequel.

While the journeys of Spidey and Doc Ock are vital to Spider-Man 2, Raimi also explores the descent of Harry Osborn. Ever since witnessing his father’s death at the end of Spider-Man, we knew Harry and Peter would clash in the sequel. Spider-Man 2 highlights Harry in a transitional period. His friendship with Peter has seen better days. And while he seeks an alliance with Doc Ock, his complex turn hasn’t moved him quite yet into a straight out villain. Raimi only gives us breadcrumbs of what Harry could transform into. But once Harry knows that Peter and Spider-Man are one in the same, it opened a gateway of opportunities in the sequel. Plus, Harry suddenly has his father’s tech at his disposal in that secret room. Can’t wait until 2007 for the big showdown in Spider-Man 3. Oh.

To this day, Spider-Man 2 is not only a difficult Spider-Man film to top, but superhero films in general. Admittedly, Spider-Man: Into the Spider-Verse came awfully close six months ago. But personally, there’s only a handful of superhero films that hold the same weight as Raimi’s sequel. And as solid as Spider-Man: Homecoming was, its attention to substance and characterization isn’t as laser-focused. Perhaps the needle will move with Spider-Man: Far From Home. We shall see soon enough.

For 15 years, Spider-Man 2 has driven superhero sequels to step it up from their predecessors. In turn, there have been plenty of sequels that pushed genre film making to the next level. We got The Dark Knight from Batman Begins. Captain America: The Winter Soldier transcended from Captain America: The First Avenger. Most recently, Avengers: Endgame raised its emotional stakes ten-fold since Avengers: Infinity War. The legacy carries on.

Share your thoughts and memories about Spider-Man 2 down below.