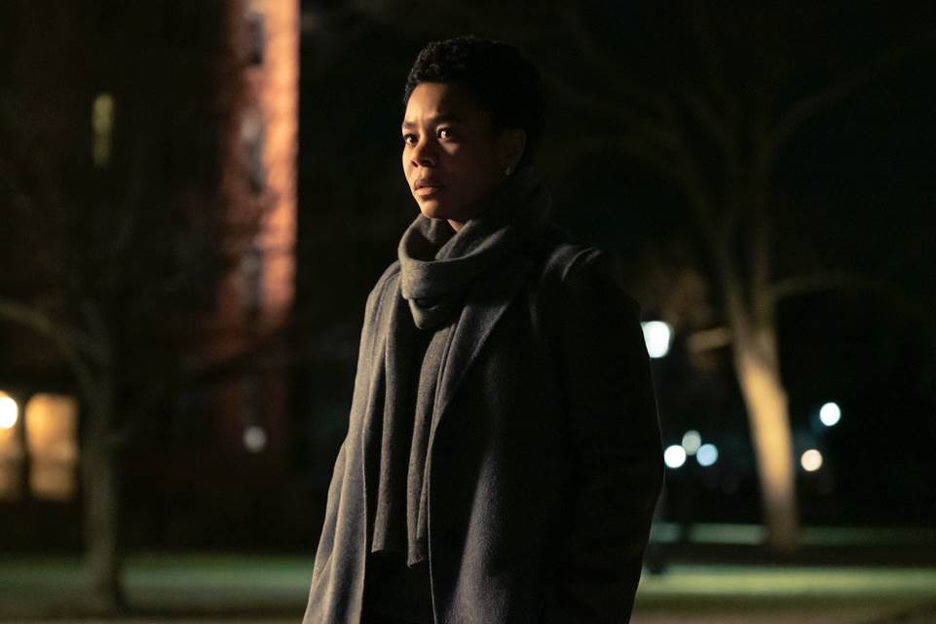 It can be rough as a woman in the world, particularly Black women, especially when navigating a world typified by white males (i.e., academia) or in spaces where you are the “first” or one of only a few. Layer on top of that America’s fraught history of slavery, racial discrimination, and pseudo-science and how it is ingrained into many of our institutions and traditions, and you’ve got the foundation for writer/director Mariama Diallo’s directorial debut, Master.

Master tells the story of Gail Bishop (Regina Hall), the first Black tenured professor and head of a house on campus at a predominately white college in New England. At the same time she’s taking over this new position, Jasmine Moore (Zoe Renee) is starting her first year as a freshman at a school where there are not many faces of color in the mix. Throughout the film, their lives intertwine as they both must confront the insidious specter of racism that haunts the campus and surrounding town.

From the feeling of always being watched to the pressures of being the only one (it’s a lonely club called “The Firsts”) or feeling like the weight of your race is on your shoulders as you have to prove to “them” that you belong — the hand of racism may not always be seen, but it’s definitely always felt. Diallo’s script does an excellent job of conveying this message and visually manifesting the lingering effects of racism in America, and more particularly, our institutions of higher education (as someone who went to a predominately white institution that was literally on the grounds of former slave plantation with the names of slave-owners adorning its buildings, I know all too well this feeling Diallo was trying to convey).

The film opens with Gail and Jasmine’s first day on the campus, shown in parallel, giving the impression that these two’s lives will intersect or that they are somehow a reflection of each other or two must help each other battle the evil that lies ahead. From the microaggressions to all the paintings of old white people whose eyes seem to follow Gail and Jasmine to the mysterious and off-putting clues that Gail keeps finding in her house, Master skillfully ratchets up the horrific feelings and encounters as it centers the Black woman’s experience. It all becomes so much for the two women that they begin to question whether these things are really happening or is it just a figment of their imagination.

Throughout history, and still today, folks hang nooses, burn crosses, make snide comments, and question the merit of minorities, all as a ploy to run them off and make them feel like they don’t belong and are unwelcomed in these predominately white spaces (and more broadly, in America). It doesn’t help that in recent years with the “racial reckoning,” many companies and institutions have been giving lip service embarking on these marketing campaigns touting their “commitment” to diversity while glossing over and sweeping under the rug the true story and their track records of racial incidents happening right under their noses. Or bringing in one Black executive to head up your DEI efforts and clean up your mess — a direct correlation to how Gail felt.

Master does a great job of turning a daily existence into a subtle horror film. For the most part, the story is solid and well-written, but the bi-racial character of Liv (Amber Gray) seems more like a distraction, even though the plight of multi-racial individuals — feeling welcomed and rejected by two different worlds and having to prove their “blackness” — is just as important. And you just feel like something isn’t right with Liv from the beginning. Diallo’s direction supersedes the fact that this is her feature directorial debut as Master builds upon her portfolio of work that all dissects and comments on the racial dynamics of America.

Coupled with Diallo’s direction, the script is brought to life through solid performances from the whole cast — Zoe Renee, in particular, gives a performance that shows she is definitely one to watch. On top of that, Charlotte Hornsby’s cinematography really moves the film into the horror realm. Although there are no literal boogeymen or monsters, the fear and apprehension is so thick throughout, especially in the college party scene where the house full of white students surrounds Jasmine as they recite rap lyrics. Overall, the cast and crew did a great job portraying the uncomfortable feeling and claustrophobic environment that Black women have to navigate while driving home the point. The inherited trauma and legacy of racism and slavery will constantly remind us of the past. As Master covers, it is not going anywhere until we honestly confront and acknowledge our “dirty little secret.” 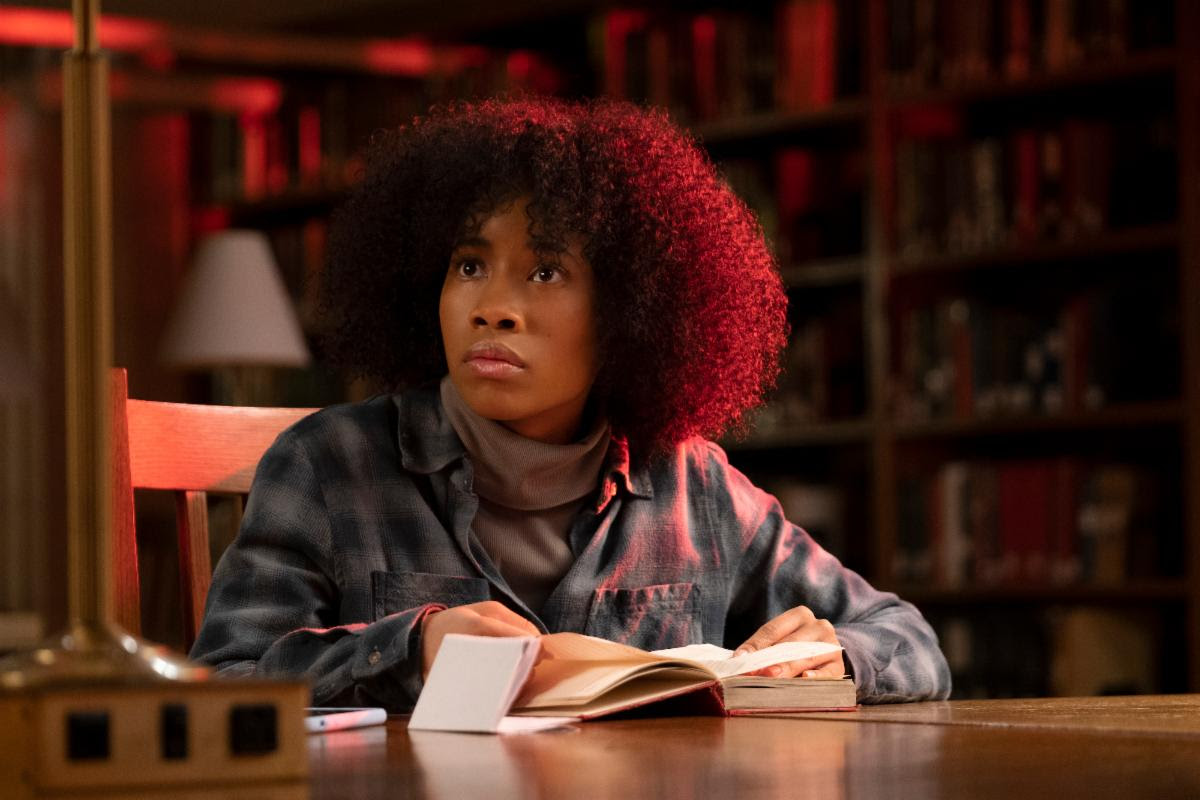 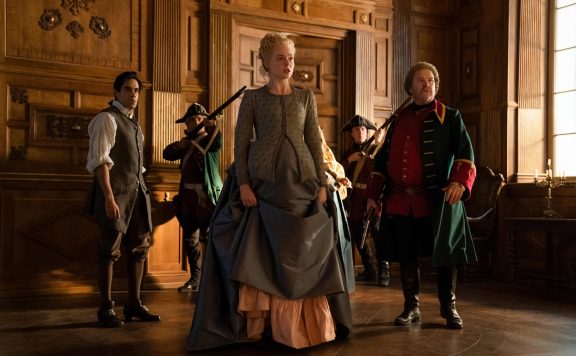 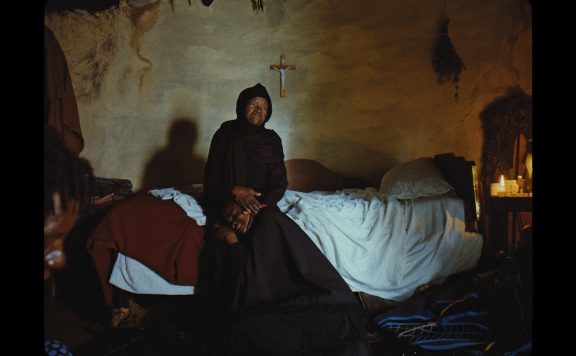 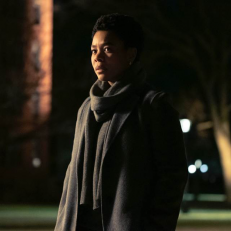 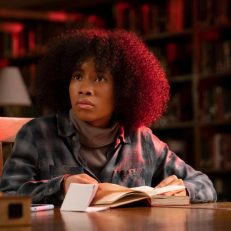 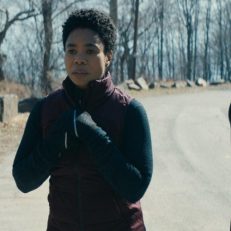