Why do so many studio action movies have to be such a slog? Say what you will about the commendable notion of gathering together several very talented female performers, but looking at The 355 for what it is, there’s little fun to be had in a movie asking for more edge. Rather than fully capitalize on a film featuring an ensemble cast that could easily let out a wild side, here’s a film that plays like another wannabe Bourne film. Saying it’s “from the studio that brought you Jason Bourne” is one thing, but I was hoping it didn’t literally mean something equivalent to Jason Bourne, let alone The Bourne Legacy.

The 355‘s origins stem from producer and star Jessica Chastain convincing director Simon Kinberg to make an ensemble female spy-action film akin to what we see with Bond, Bourne, Mission: Impossible, etc. Nothing wrong with this. An original idea that should ideally appease fans of these performers and the crowd claiming they want new, diverse characters to root for, as opposed to recasting familiar stories, would ideally be something favorable. Sadly, there’s just not much going on that’s all that inventive.

The plot surrounds the hunt for a top-secret weapon with world-devastating potential. It’s a standard MacGuffin. The bad guys want it because despite already being impossibly wealthy, they have the potential to get even richer if they sell it to other bad guys. Various agents from different/rival international agencies want it because that’s what they do – stop bad guys. These agents include CIA wild card Mace (Chastain), tough as nails German BND agent Marie (Diane Kruger), computer specialist and former MI6 agent Khadijah (Lupita Nyong’o), Colombian DNI psychologist Graciela (Penelope Cruz), and a mysterious Chinese MSS agent Lin (Bingbing Fan). 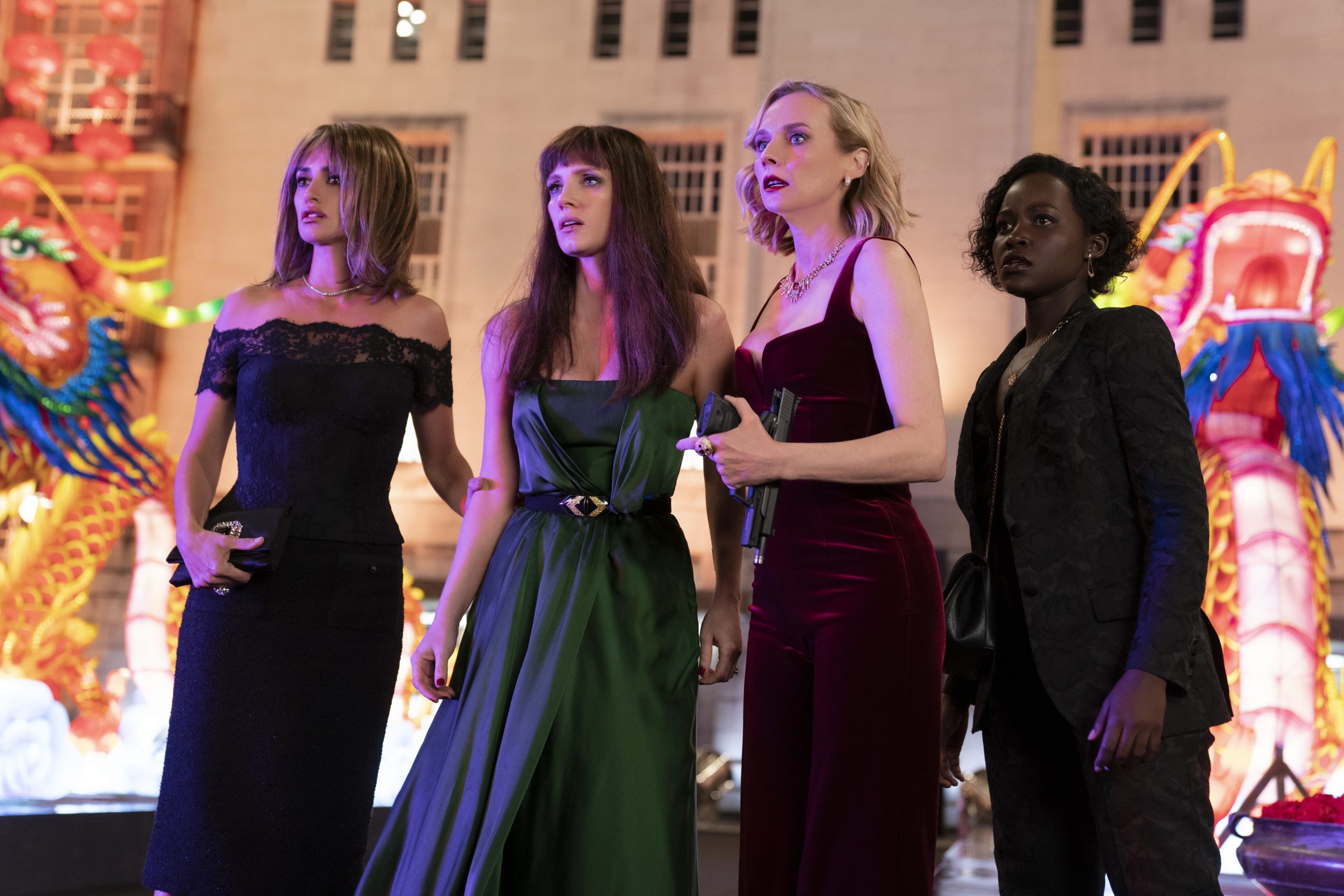 There’s certainly no suspense in knowing whether or not this team of skilled ladies will be able to work together, as that’s the point of the film. More important is getting a good read on the dynamics shared between them. It ends up being having highs and lows. The highs arrive primarily in the film’s first half, as there are still bonds waiting to be formed, allowing for mistrust to spill over into fights and sequences of one-upmanship. This is best realized between Chastain and Kruger. They find themselves at odds initially and end up going at each other in some of the film’s more satisfying action scenes.

As for the lows, well, The 355 seems to take more pride in its casting than in making these characters seem like friends. Nyong’o and Chastain are great performers, but their bond never comes across as more than obligation. The film also takes its time to introduce Fan’s character, leaving little to show for between her and the others once the entire team actually forms.

Even when looking at these performances on their own, they are more serviceable than captivating. Cruz does what she can to portray the innocent of the group, but the number of times the script forces her to call out to the fact that she’s not a spy, avoids violence, and wants to get back to her family doesn’t do her character any favors. This is reflected more with her (let alone the rest of the cast) by the film’s end when little seems to matter as far as what any of these characters were fighting for. 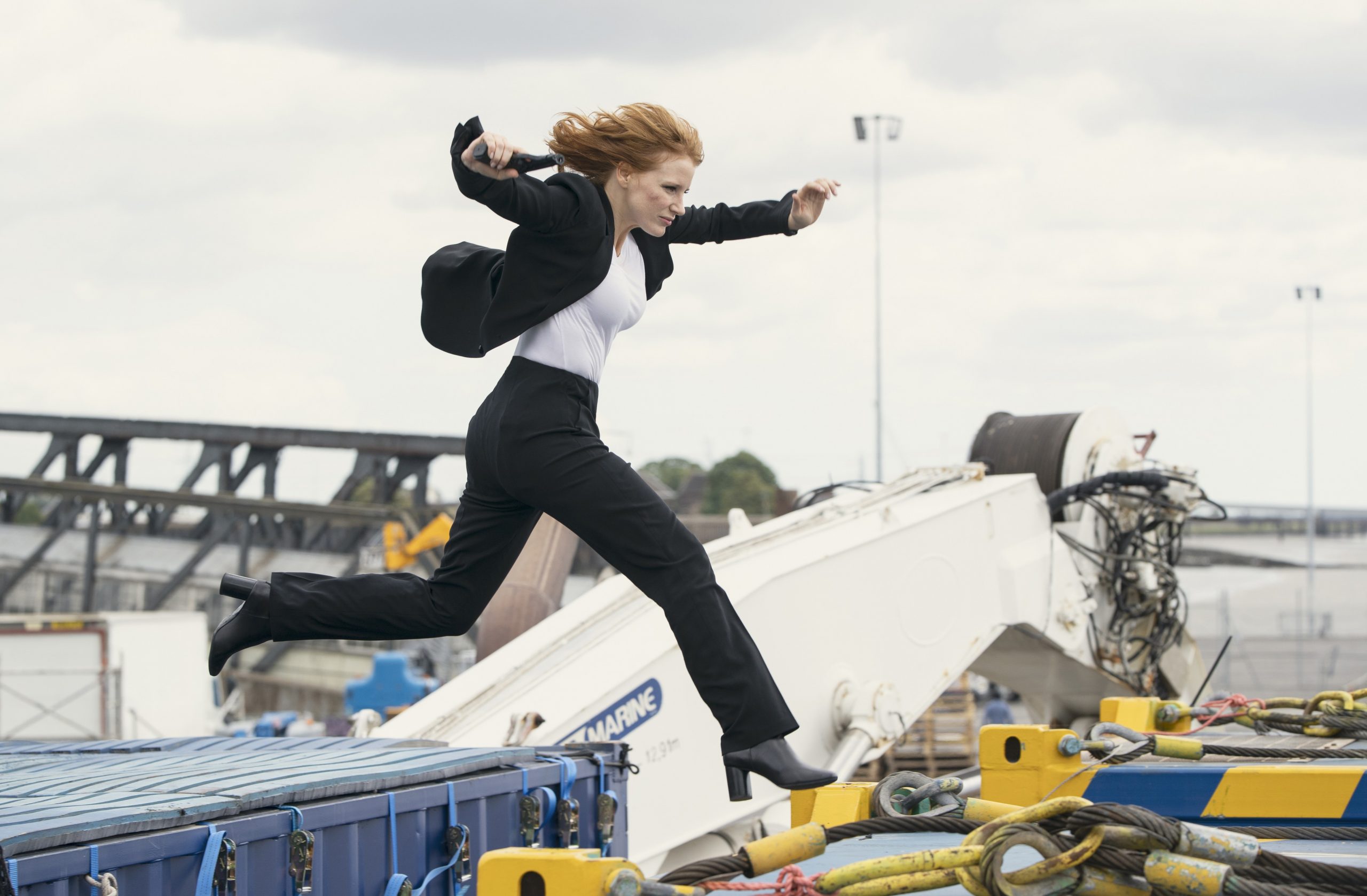 I can’t speak to the passes others may give to more traditional and equally poor action films starring male tough guys and what have you, but I have little reason not to call The 355 on what it is – bland. There’s nothing fresh about this story. Each of the action-ready characters are all providing variations of machismo. Even a lack of effort to comment on the nature of a female ensemble in this sort of action environment is missed out on. If it wants points just for being a movie that happens to have this cast, that’s entirely fine. I just wish there was more satisfaction to be had or good combat to see.

A couple of chases early on work well enough, and a key setpiece around the halfway mark is a highlight. However, when a two-hour film is peaking that early, there’s a problem when the remainder lacks any sense of surprise, let alone anything impressive. Kinberg, best known as the Kevin Feige of the X-Men franchise but with a rockier track record, tries his hand at delivering slick espionage and Paul Greengrass-level fights but never rises to the challenge. With editors Lee Smith and John Gilbert, there is enough talent to keep the film looking like Taken 3. However, the film lacks any memorable action beats or more than just workmanlike direction. 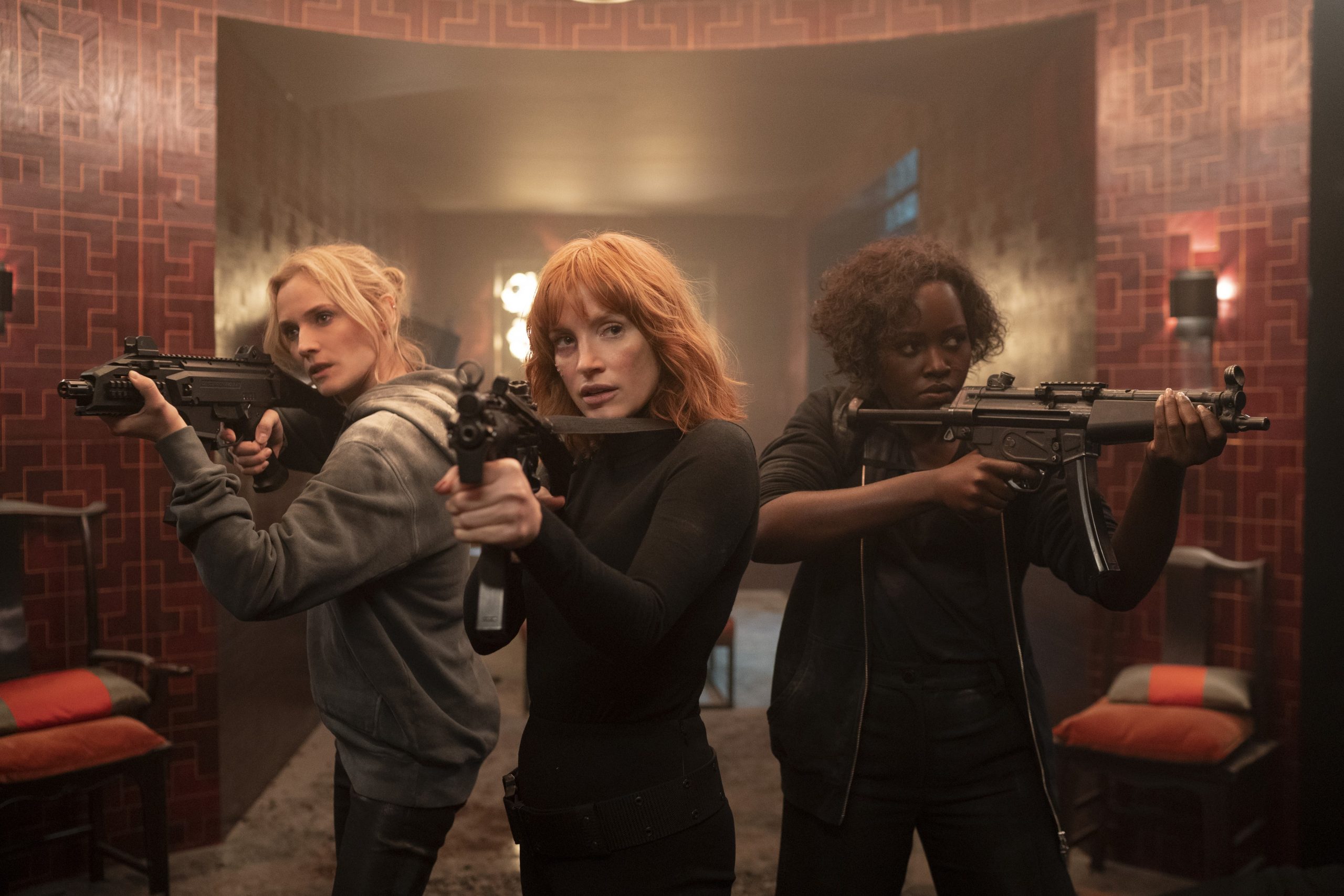 More importantly, why keep everything so at bay? These performers don’t all need to be bouncing quips off of each other every second, but relying on a plot about such a deadly weapon really straps everyone down to taking things so seriously. As a result, the dramatic urgency feels pretty low. Sure, the stakes are high, and the film even tries to impress by making things even more personal at a certain point, but The 355 still ends up feeling both overlong and as if it’s pulling its punches thanks to all the bloodless action.

With the story in place, The 355 could have used a filmmaker with more vision to really play with what it had and give the film some way to stand out. As it stands, this is a rather earnest ensemble action film in search of more appealing elements. Sure, spies bleed in the field and are challenged by the danger they place themselves in, but why not make the work more playful? Everyone would benefit. 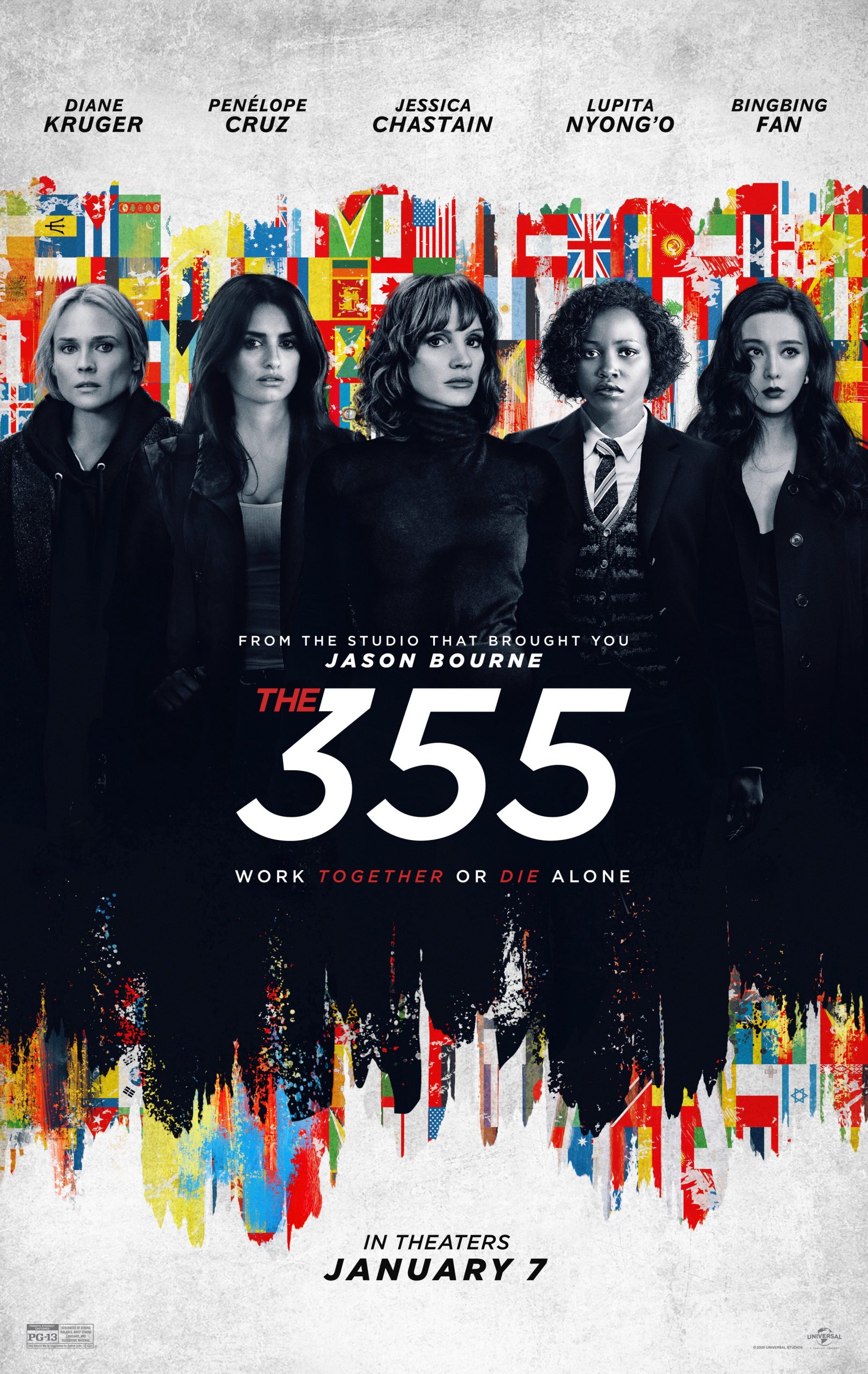 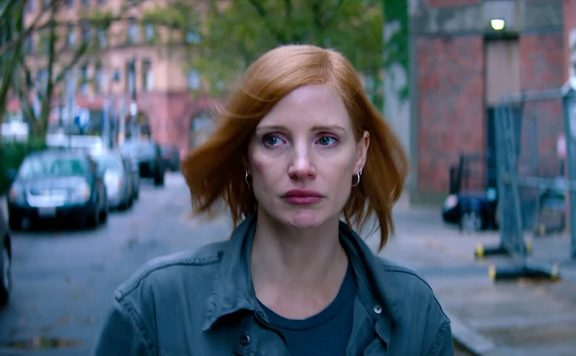 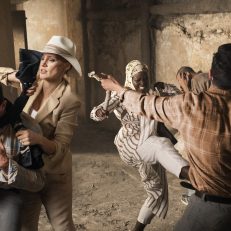 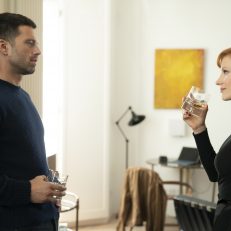 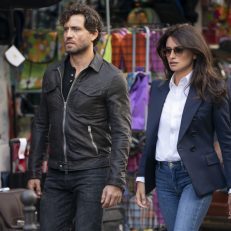 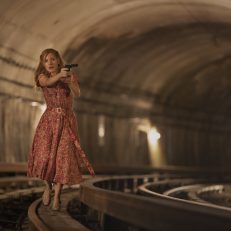 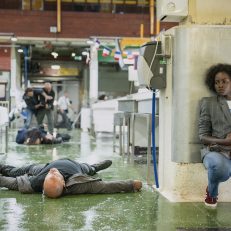 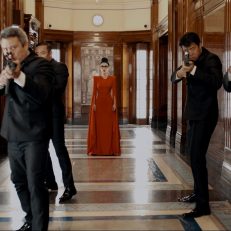 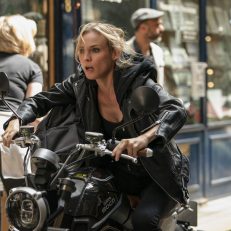 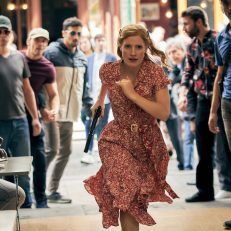