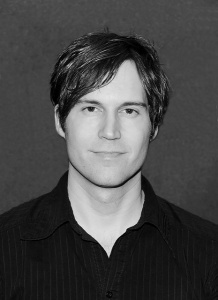 The Vanishing of Sidney Hall ended its 12 year journey to the screen at the Sundance Film Festival in 2017, then called simply Sidney Hall. 20th Century Fox had optioned Shawn Christensen’s script 12 years ago. Joe Russo was attached to direct it solo, and Jim Sturges was going to play the title character at one point. Over the years, the cast changed as actors outgrew the parts. Eventually, Christensen got it back to direct himself.

Now Logan Lerman stars as Sidney Hall, an author who writes the book “Suburban Tragedy” while he’s in high school. As a best selling author, Hall deals with controversy, and later in life becomes a recluse for whom others are searching. In three different eras, the story of Sidney Hall unfolds. I got to speak with Christensen in Sundance the day after his film premiered. The Vanishing of Sidney Hall opens in theaters March 2.

The structure of Sidney Hall is so complex and tight, when you choose to reveal things, did you try other versions of sequences of reveals?

Can you give non spoiler examples of things you had to move earlier or later?

For example, in the last 15 minutes of the film there are a lot of reveals that occur, but there used to be a lot more. It was too late. My cowriter, Jason Dolan and I, sat down and had discussion with a couple other producers. It became clear we had to put reveals earlier in the film. Too much was happening in those last few minutes and we had to splice out reveals earlier.

Oh, there are tons of cut scenes.

Things that could have changed the interpretation?

Sure, yeah. One issue you get into when you’re dealing with a film that’s in the two hour range is things have to be cut. Unfortunately, sometimes the things that get cut become character things that don’t really forward the plot, but they give you more insight into the characters and their motivations. Some of those things unfortunately went onto the floor.  You really just have to center on the key threads.

I really related to Sidney’s struggle with his mother. Growing up I always felt frustrated that parents thought they knew everything but couldn’t see the whole picture. They assured me that when I grew up I’d see they were right, but now that I’m 39 I’ve confirmed they really didn’t know the whole picture. Was that a theme that was important to you?

That was definitely a big theme. It was bigger in early drafts of the screenplay too. That whole relationship was an interesting one to balance. It is true. When your parents go into your bedroom when you’re a teenager, I think that’s probably a point in time, no matter how cool they are, no matter how much they relate or how close you are, I would imagine they don’t really know what’s going on. Also there’s a lot of things that are magnetized for you at that age when you’re a teenager. Things are so much more important and parents don’t understand that as much.

What gets me is: don’t they remember being teenagers themselves? I’m 39 now and I still do, but it’s occurred to me most people don’t remember last week, let alone what they felt when they were teenagers.

I guess so. That’s true. I have a son now who’s three. Sometimes it’s like, “Oh yeah, when he was one and a half, we had to go through that phase.” You forget but it’s only been in the past couple of years. For six weeks he went through this phase where he was hitting things or hitting people. I was like, “Is he always going to be doing this?” Then he just stopped. Things like that, I think we forget.

Sidney is going to remind people of J.S. Salinger. Was that intentional? Did you pull from his legend?

It definitely was a place to look towards at one point, but that wasn’t the primary focus. In fact, the focus wasn’t even the writing to be honest with you. The focus was more about somebody who’s a little introverted and the people who pull him out and lure him into things like falling in love or writing that book. People take the observer and make him no longer an observer. Towards the end of the film, without ruining anything, essentially he realizes that he’s no longer the observer. In fact, he’s actually the story. That was the emphasis for me.

And Catcher in the Rye was not inspired by a true story like Sidney’s.

The most similar element is that Catcher in the Rye is a notorious book amongst criminals or obsessives. It’s an urban legend that people own multiple copies.

That, for sure, would probably be the one thing. Really, the reason I think Catcher in the Rye resonates with people is because he talks in such a way as the everyman. He talks in a very young man against the world type of thing.

Did you ever write more of “Suburban Tragedy” than we see in the film?

There’s more about it and there’s more about his second book too. That book, I imagine, would be more of a David Foster Wallace thing. Literally like run on sentences for three pages. That was something we talked about, how different that book would have been, in a way possibly more personal.

You won the Oscar for Curfew and made the feature version. Was Before I Disappear intended as a calling card to show you could handle a more complex nonlinear narrative film?

Maybe a little. I think Before I Disappear was, I hate to say this, a little bit more opportunistic in a way. It was just: here’s 800 grand to make a feature version of that short film and who was I to turn that down? It’s a blessing for anyone to offer you money to make your film. I made that one and felt during the making of it that I had learned a lot of lessons about what not to do, what I don’t want to do the next time around. That’s how I felt about that film. It was shot so quickly and of course I was in it and directing it. It was just too much. In a way, the short film is such a pure version of it and I love that film. I’m very proud of the short film. There was a very bittersweet nature to that whole process whereas Sidney Hall, it’s maybe the other way around. Sidney Hall is a very low budget film. This film is more a film that I would like for people to take a look at. Love it or hate it, look at it and understand the types of things that I’d like to explore in future works. I would like to work in bigger budgets if I can. I don’t think I could do it again, working with money this small. Even though I have to say, working on Sidney Hall really was one of the most fun experiences for me in my short time in this industry.

Do you have a certain philosophy on composing shots to direct our eyes?

Yes, I guess there’s a philosophy in that I care very much about the cinematography and framing and trying to be more visual. This one was tough in that respect because it’s a very dialogue driven movie on the page. I had to tell this story visually and take out a lot of dialogue. I also think philosophically, I like to be inspired by the locations when we’re location scouting. It’s a big thing for me and for the D.P., Daniel Katz, to find spaces that inspire us, where we walk into it and immediately know where to put the camera and how to block it. It’s whatever is the most organic thing.

Are you going to start writing again?

I have to. I have no money. There’s no money to be made for the likes of Sidney Hall or Before I Disappear. I’m writing a movie starting tonight on the plane.

Studio jobs to make a living?

No, this is an independent script. It’s a good amount of money. A friend of mine has the life rights to a basketball coach named Jerry Tarkanian. I’m going to write a movie based on his life. He has a wild, incredible story that I’m very much looking forward to telling. Also I’ve never done a film that was based on any real life figure so I’m excited to do that.

Is there an actor attached to play Tarkanian?

No, there’s just about 60 hours of interviews with many, many different types of people and personalities in Las Vegas, including his family and friends and people who knew him. He’s a very polarizing figure in a way. Part of it was because he criticized the NCAA four decades ago. Now they’re under scrutiny. He was doing it at a time when you just don’t do that, especially when they’re responsible for your job.

Is it a sports movie?

No. I mean, it revolves around a coach of a team and it has all the recipes of a normal sports movie. He won the championship in ’90. He was never dealt a lot of the great hands. During Civil Rights, he had the least amount of white kids on his teams from the very get go because he was an Armenian immigrant and he felt a connection to players. He nurtured them which is something coaches didn’t do in the ‘60s and ‘70s. They were supposed to just yell and be demanding but he actually developed friendships with them in order to get them to be better players.

Was it the same issues with the NCAA student athletes are dealing with today?

He was outing that the NCAA could financially benefit off a player’s likeness but the player themselves could not. Some schools were allowed to gift kids to recruit them and other schools were not, namely the ones that Jerry was coaching for. By the way, I don’t know what the NCAA is today. We’re talking about in the ‘70s and ‘80s under Walter Byers. It’s a fascinating story. Vegas, the mob and the backdrop of it all is very enticing to me. So to me it isn’t a sports movie. It’s more of an American dream film. 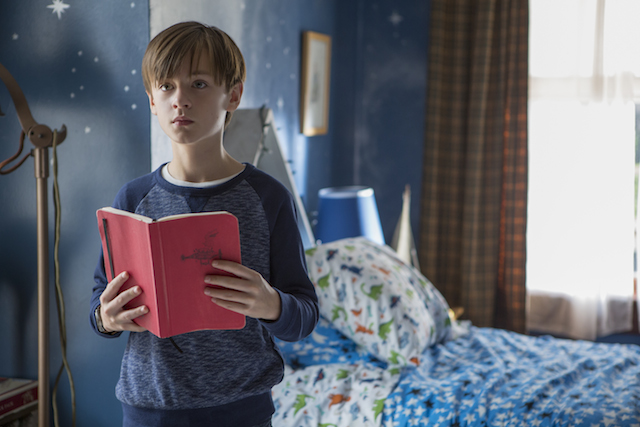 Sundance Interview: Shawn Christensen on The Vanishing Of Sidney Hall

The Vanishing of Sidney Hall ended its 12 year journey to the screen at the Sundance Film Festival in 2017, then called simply Sidney Hall. 20th Century Fox had optioned Shawn Christensen’s script 12 years ago. Joe Russo was attached to dir...
0
Average User Rating
0 votes
Please sign in to rate.