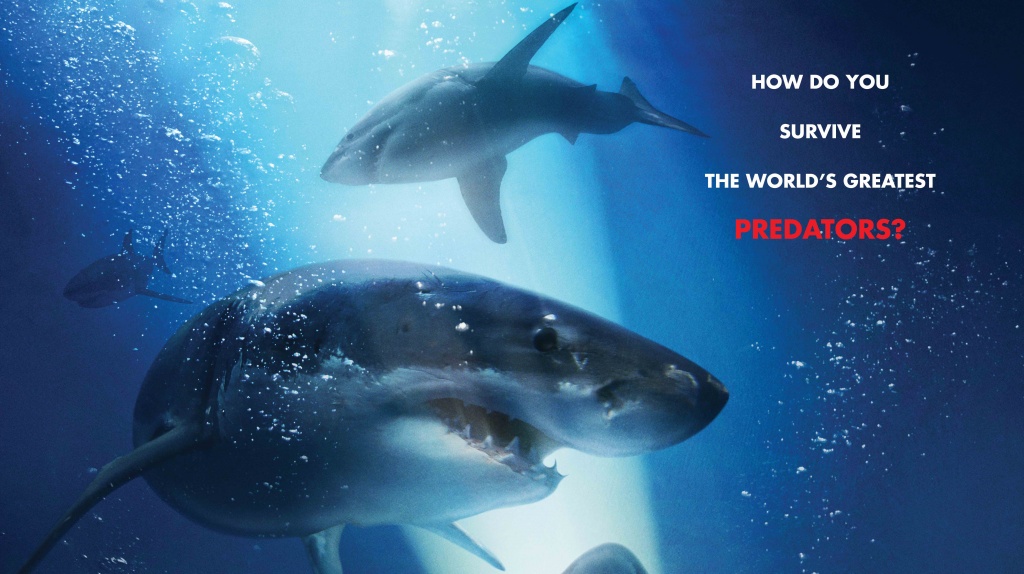 Review: 47 Meters Down is a gripping and intense thrill ride.

47 Meters Down is a film that due to The Shallows July 2016 release date was forced to head straight to DVD and On Demand on August 2, 2016.  At that time, the film was known as In The Deep which is a rather generic title, but when you see the film, you will totally get the reference. Luckily, Entertainment Studios picked up the film, just a few days before it hit DVD Shelves and On-Demand. They will now release the movie into theaters in June 2017 with a full theatrical release that I feel the film very rightfully deserves.

The film starts off with a very simple introduction. Two sisters Lucy (Mandy Moore) and Kate (Claire Holt) are on vacation in Mexico and decide to check out a diving expedition with two guys that they met at the hotel. While Lucy is reluctant to go, Kate keeps pushing her to come along on what is sure to be a truly memorable experience. The sisters are all ready to head into the water where Taylor (Matthew Modine) is there to guide them. As Taylor slowly begins to lower their observation cage into the water, the cable holding the cage breaks sending the girls plummeting 47 meters down to the bottom of the ocean.

After watching this film in its entirety, I don’t know how any studio head could watch this and not see how much potential it has. 47 Meters Down is a gripping and intense thrill ride. A simple story setup is all you need to get the ball rolling, and it did that perfectly. I liked how the story wasn’t just about two sisters that see eye to eye but rather see things from an entirely different perspective. The difference of personalities made the story along with these characters feel so much more believable. 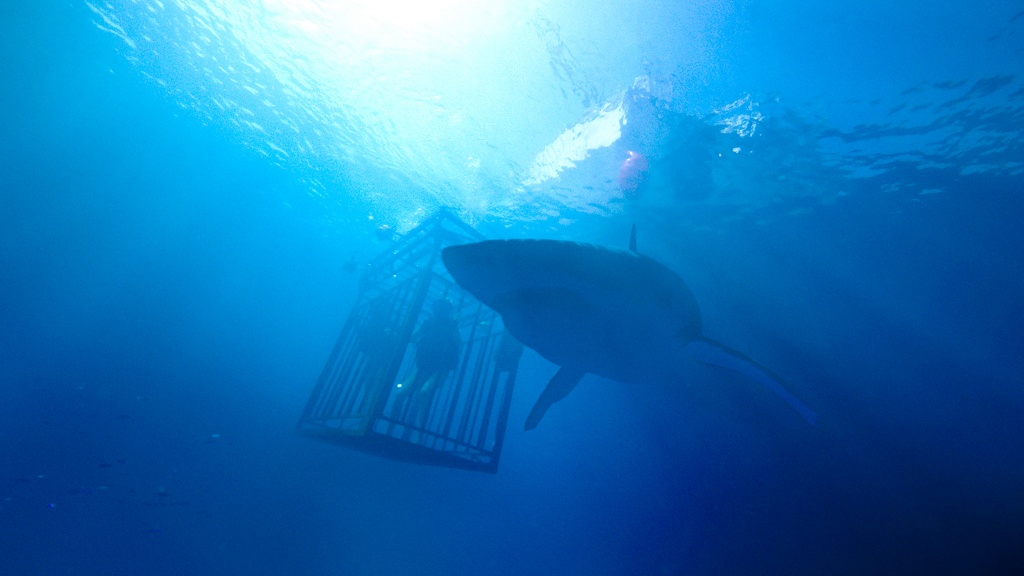 What is refreshing to see especially in a film like this one, is that as the story progresses, the writers (Johannes Roberts and Ernest Riera) aren’t afraid to develop Lucy and Kate while they are struggling to survive and avoiding sharks. There are so many horror films or thrillers nowadays where there is a lack of character development making it almost impossible for the viewer to care about the characters. This story avoids that by making sure that we learn about these sisters, and we are giving a reason why we want them to survive.

The initial setup occurs in about 15 minutes, and the rest of the film takes place at the bottom of the ocean. Almost every moment after the cage falls will have you guessing what is going to happen next. There are a lot of obstacles that these two sisters must face. Kate and Lucy have a limited supply of oxygen, and several great white sharks are lurking in the water around them. The girls have to work together and think about how to survive a situation that neither has ever experienced before. They take turns doing tasks, and each task is more nerve wrecking than the last.

I don’t want to spoil anything about the film, but I will say that it seemed like Roberts and Riera thought this story through. There were only a few scenes that felt unbelievable, but they didn’t bother me at all. For the most part, I believed that this could happen which is what made it that much scarier. If you have a fear of the water and sharks, I will tell you right now, that this film will give you nightmares. The film builds genuine tension by creating this atmosphere of being in the unknown. Just like Lucy and Kate, you don’t know what is going to happen next. 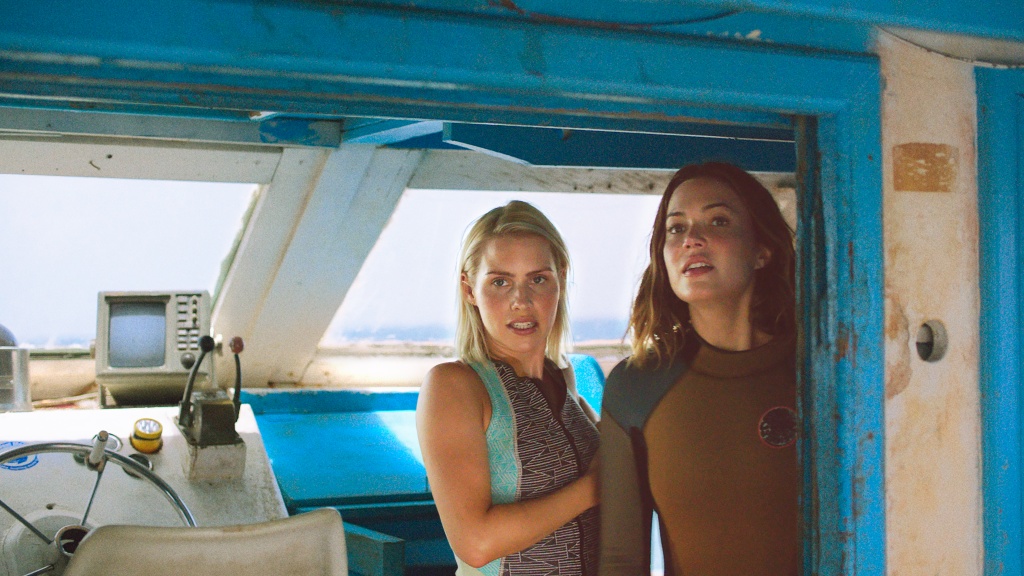 There is a scene where Lucy is trying to grab her backup oxygen tank while being stuck in the cage. This moment is simplistic yet intense. It lasts for about 5 minutes, but I couldn’t take my eyes off the screen. I was so invested in the scene that I didn’t want to look away, and most of the film is exactly like that. You just can’t look away and are on the edge of your seat the entire time.

I thought both Mandy Moore and Claire Holt did a great job with their roles. I thought Moore played a very believable average by the book kind of girl while Holt was more of the risk taker. I think both actresses held they’re own on-screen and were equally given moments to shine. I love how the story was setup where each sister had to take turns doing things, and it made sense because of the whole trying to save oxygen. Both Moore and Holt embraced the fear within their characters and it’s something that I haven’t seen either actress do before.

While Matthew Modine does play a significant role in the story, he doesn’t have that much screen time. You will hear his voice more than you will see his face. Three other characters appear in the film, but none of them get that much screen-time. Benjamin (Santiago Segura) and Luis (Yani Gellman) are the reason why these sisters go on this expedition but after 15 minutes the film switches gears and focuses mainly on Lucy and Kate. The third character is Javier (Chris J. Johnson), and he appears later in the story. 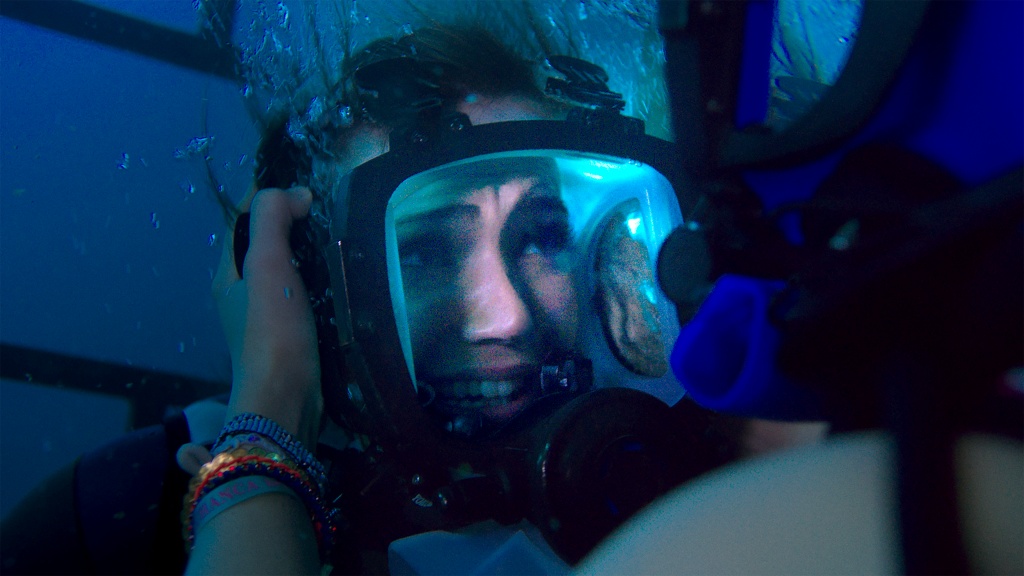 The score by tomandandy adds a lot to the story by creating another avenue of suspense. The score works so well because director Johannes Roberts doesn’t always rely on it. There are plenty of silent moments which build suspense but when the score kicks in it gives the film a whole another layer.

The direction is top notch especially all the underwater sequences. Every underwater scene is captured perfectly from the moments where Lucy and Kate are just sitting in the cage talking to when one of them is swimming around trying to find a way to get up to the surface. The shark scenes felt so authentic and didn’t come off as CGI at all. It felt like real sharks were attacking Mandy Moore and Claire Holt.

The ending of 47 Meters Down may not work for everyone. I was totally shocked by the way that the film ended because even though it made sense, it was thought out with an intelligent twist. It’s hard to talk about it without spoiling what happens but let’s just say that even if you pay attention to what is going on and what is said, there is this excellent payoff that I don’t think many will see coming. I like being surprised by endings and even though how the film started to end could have made for a solid ending, however, I think the way that the film ultimately ends was a bit riskier, so I appreciated that even more.

All in all, 47 Meters Down is a terrific edge of your seat horror thriller. It is not a film for those with a fear of sharks and is just as good, if not maybe even a bit better than The Shallows which I also really dug. Hopefully, this film will get the proper release that it very well deserves because I do see audiences being satisfied with this one. I know I would love to see it again on the big screen just to be around people and see their reactions. If you are a fan of shark flicks, this is a must see and one that will leave you gasping for air. 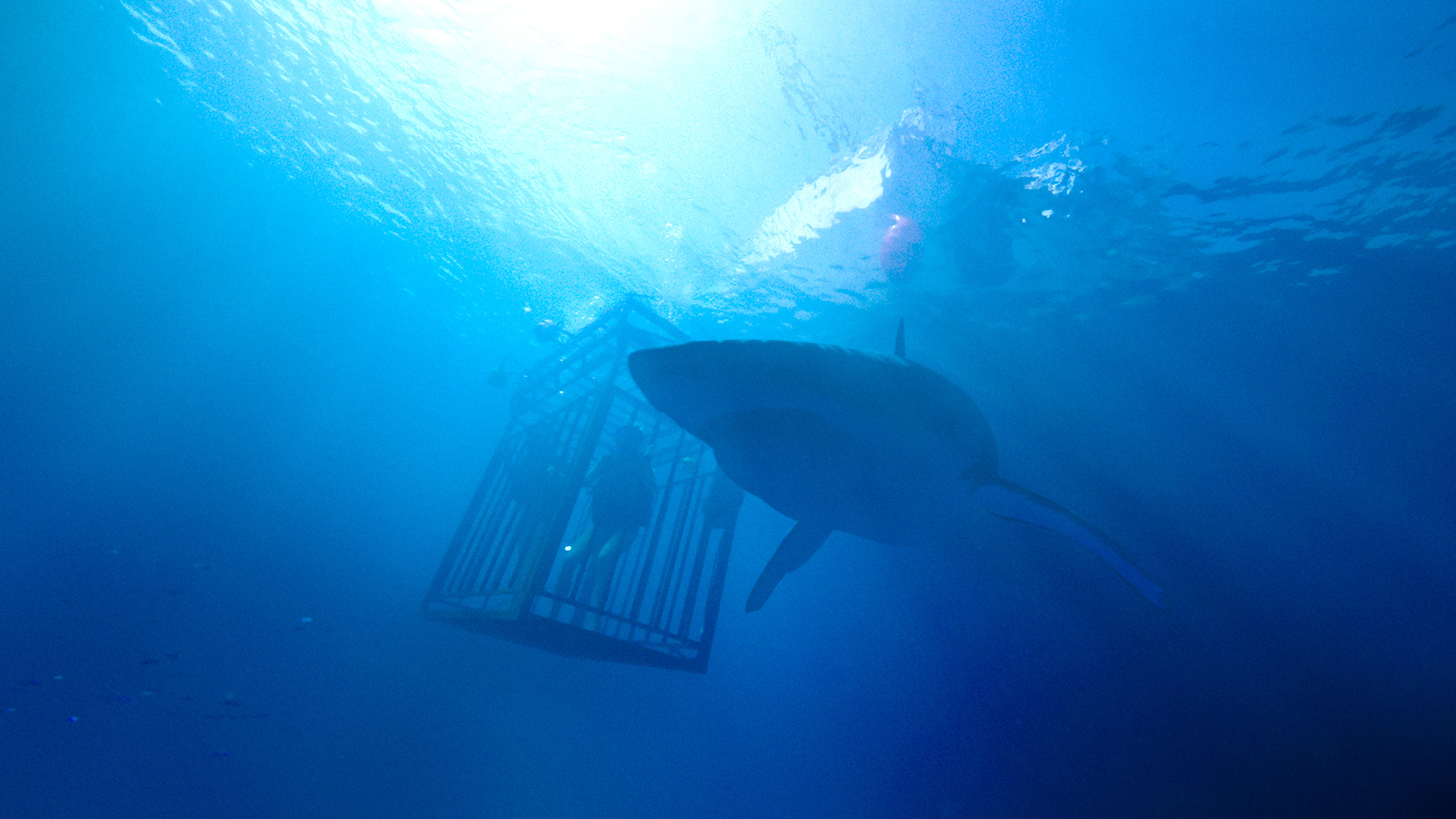 Review: “47 Meters Down” is a Gripping and Intense Thrill Ride.

Review: 47 Meters Down is a gripping and intense thrill ride. 47 Meters Down is a film that due to The Shallows July 2016 release date was forced to head straight to DVD and On Demand on August 2, 2016.  At that time, the film was known ...
0
Average User Rating
0 votes
Please sign in to rate.