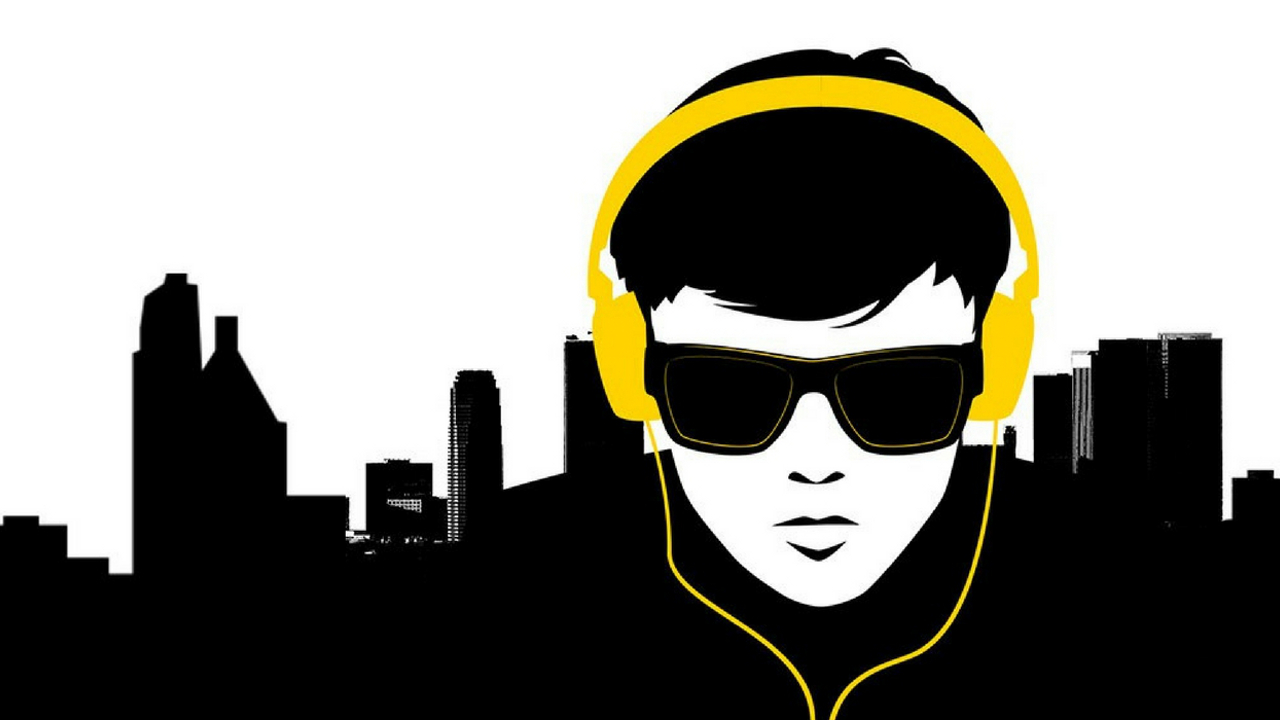 Writer-director Edgar Wright has always played to his own drum. Like that’s some cardinal sin or something? A true visionary of style over substance, Wright has cultivated quite the niche following with his Cornetto Trilogy as well as 2010’s Scott Pilgrim vs. the World. His latest film, Baby Driver is surely a more accessible entry, paying homage to classic high-octane car chases and the heist genre.

Set in Atlanta, Baby (Ansel Elgort) has found his latter adolescent years sucked into the criminal underworld. A devil behind the wheel, Baby is repaying an old debt as a getaway driver. And while his cohorts are off robbing a bank, Baby is rocking out to the likes of Jon Spencer Blues Explosion, Queen or Jonathan Richman & The Modern Lovers. But it’s the diverse taste in music that ultimately fuels him. Due to a car accident as a child, Baby suffers from tinnitus, leaving him with a hum in the drum.

After years of paying back Doc (Kevin Spacey), Baby finally calls it quits. Coincidentally enough, he meets Debora (Lily James), a diner waitress, who provides him with the perfect plan to start anew. Unfortunately plans aren’t that simple. And once you’re in, you’re in. The peace and quiet is cut short when baby’s sucked back into the life of crime, toting around a crazed trio (Jamie Foxx, Jon Hamm and Eiza González). After all, he’s Doc’s “lucky charm” and the only constant in this master criminal scheme.

While plenty of the beats of Baby Driver are easily recognizable from other heist films, director Edgar Wright presents a compelling argument why this film is much, much different. First and foremost, Baby Driver identifies itself through its delightful and eclectic soundtrack. Every piece of music in Baby Driver is perfectly in sync with the film. Baby himself can’t even start a heist unless the lyrics match up 100% with what’s transpiring. The importance of music to Baby Driver is as important as it was in Guardians of the Galaxy. Without it, that kinetic bubble of energy would just fizzle out quickly. Instead, you’re toes will be tapping to the beats for nearly two hours.

Wright is as energetic as ever, carrying over this stylistic passion from the Cornetto Trilogy and Scott Pilgrim. Despite shying away from some of his signature British comedy, Wright is clearly having fun with this project. The car chases throughout Atlanta are beautifully choreographed. And yes, the opening chase sequence is worth the price of admission alone. The stunt work and film editing by Jonathan Amos and Paul Machliss are both razor-sharp, while at the same time recalls Wright’s previous films. There is no other film in 2017 that can match its pedal-to-the-metal spirit. It’s just wild, crazy and electrifying all at the same time.

Baby Driver rocks out with an equally impressive ensemble too. Ansel Elgort is quickly finding a new outlet outside the YA genre (The Fault in Our Stars, The Divergent Series). And while Baby’s not the talkative or charismatic type, Baby Driver will open new roads for the young actor. Elgort’s silent, yet front-and-center presence hit the right notes here. Kevin Spacey, Jamie Foxx and Jon Hamm are all fun to watch, albeit a bit bananas at times. Regardless, the trio offer this fantastical charm you wouldn’t get to experience with more serious heist thrillers.

All throughout Baby Driver, there’s talk of that one “Killer Track” that fuels its driver. Well, for Edgar Wright, he’s found his “Killer Film.” Not only has Wright reset the bar for himself, but Baby Driver is easily one of the most rewatchable and brilliant films of 2017. 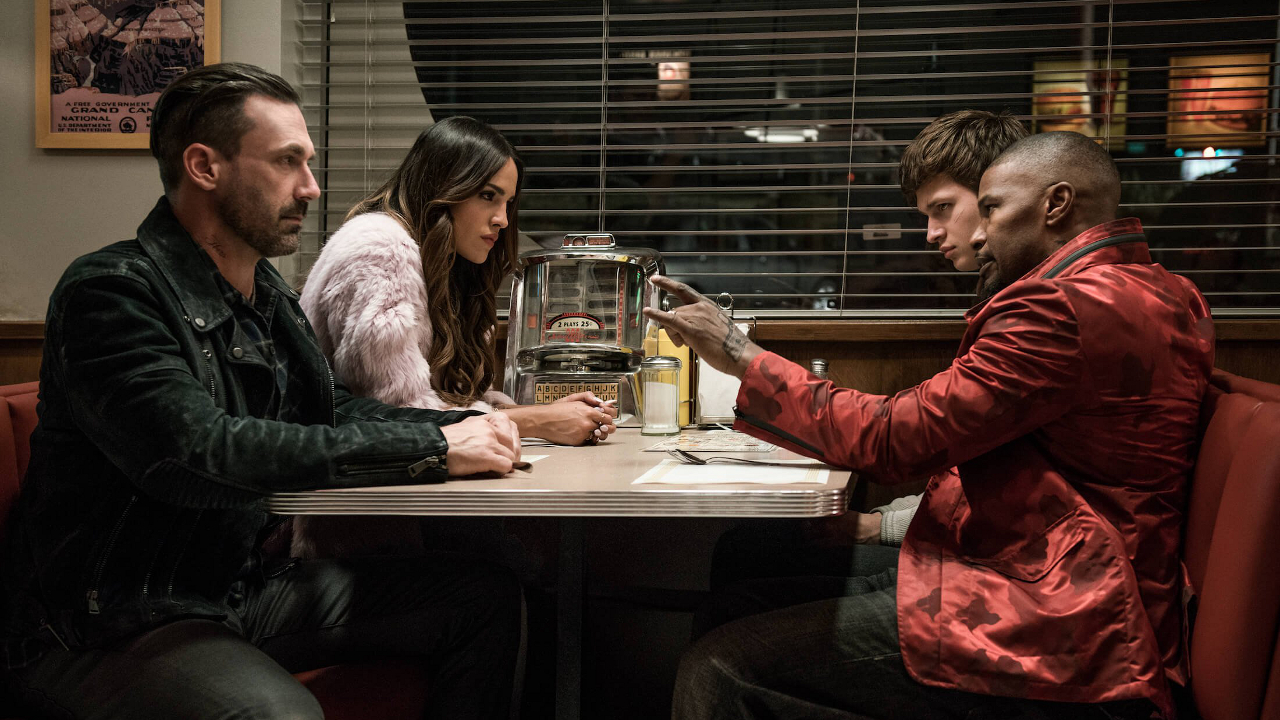 Sony Home Entertainment is presenting the 4K UHD combo pack of Baby Driver in both 4K UHD (2160p) and Blu-ray (1080p). Colors pop throughout, particularly in the opening chase sequence and Bob’s Diner, a location for many of the film’s pivotal moments. Clarity is solid throughout. The same goes for the black levels.

Baby Driver is a film that clearly demands a top-notch audio track. Sony Home Entertainment certainly delivers with the Dolby Atmos track. Between gunfire, the revving of engines and that killer soundtrack, the film is immersive and satisfying at the same time. Dialogue is clear and coherent, though not seemingly not the main priority in the delivery.

Sony went full-throttle on the supplemental materials as well. With over two hours of bonus materials plus multiple audio commentaries, there’s plenty here for fans of the film. There’s about 20 minutes worth of deleted scenes plus a six-part documentary about the film. Nearly an hour’s worth of animatics, rehearsals and screen test accompany the supplements. Also a major highlight is the focus on trailers and TV spots. More technical details can be found here.