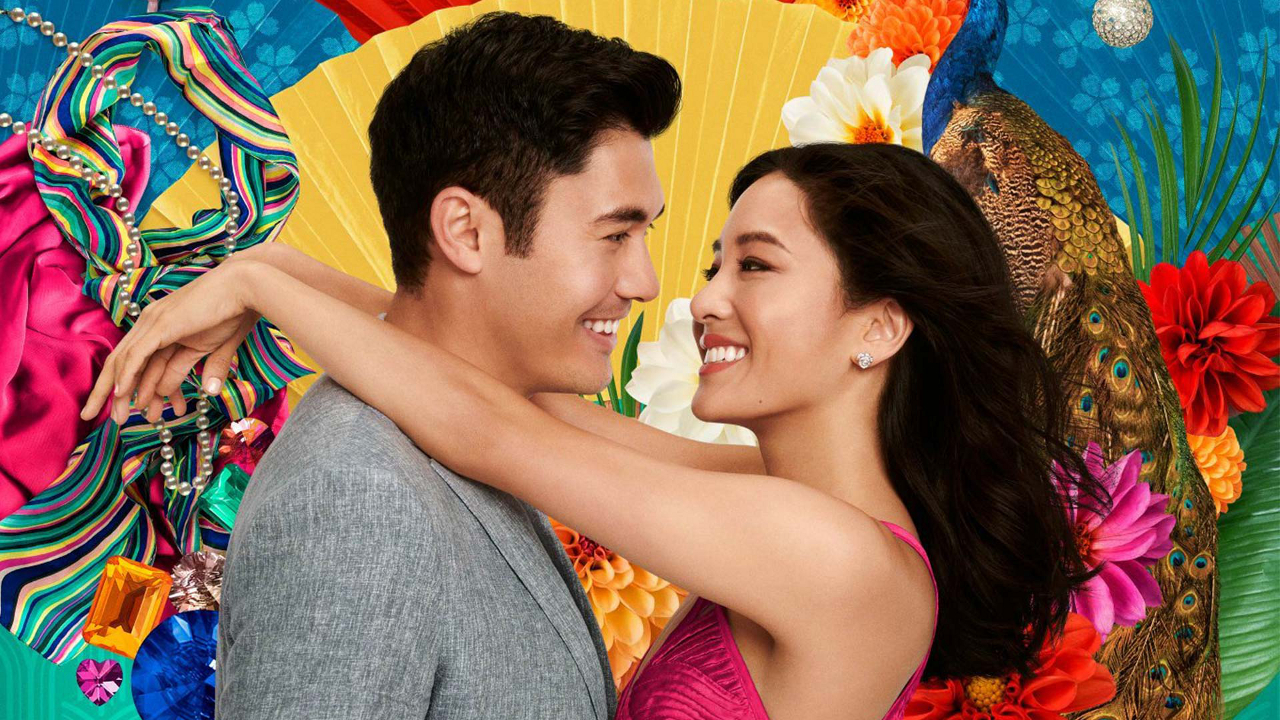 Kevin Kwan’s 2013’s novel, Crazy Rich Asians, became a New York Times Best Seller earlier this year, and incredibly so. Filled with exotic fantasies of wealth and attempts at shattering class ceilings, it’s not difficult to see why this wouldn’t be a favorite at the beach or go-to reading spot. Lately, the rom-com genre’s been in need of a major shake-up, missing out on opportunity after opportunity. Perhaps, this adaptation can fill that void.

Rachel Chu (Constance Wu) is an economics professor from New York University. For a while now she’s been dating Nick Young (Henry Golding), who’s kept a low-key profile in New York. Unbeknownst to her, Nick’s comes from money. He isn’t just rich, he’s crazy rich as the title suggests. Nick is invited to his best friend’s wedding, which he asks Rachel to accompany him. Rachel assumes it’s down the streets, not halfway across the world in the heart of Singapore. The Singaporean culture is an eye-opener for Rachel. But that’s nothing compared to crossing paths with Nicks richer than rich extended family with his staunch mother, Eleanor (Michelle Yeoh) in the forefront.

First and foremost, Crazy Rich Asians plays heavily to those fish out of water tropes. As we view the film through Rachel’s eyes, we are bombarded with glamour and a superficial society. Rachel plays the role of spectator, though one day hopes to be part of the family. The NYU professor isn’t here for the money, though that’s an added bonus. The little Crazy Rich Asians actually spends on Rachel and Nick’s relationship suggests that she truly loves him regardless. Rachel’s biggest hurdle, however, is Yeoh’s Eleanor, who insists that she will never be good enough for her son. As the cold Eleanor, Yeoh is at her very best since 2000’s Crouching Tiger, Hidden Dragon.

Wu is the heart of Crazy Rich Asians, navigating between vibes from Meet the Parents (well, an extravagant take) and Mean Girls. It’s a richly layered performance from Wu as she tangles up with an uneasy duality in Singapore. While the atmosphere is downright gorgeous, it’s a vicious lion’s den. The spoiled rich girls there are as about as warm and open as death. When position is threatened and an overseas outsider walks right in and claims the biggest fish in Singapore, one doesn’t expect “play nice” to be in their vocabulary. Fortunately, Rachel finds solace in her wild college friend, Goh Peik Lin (Awkwafina) and her wealthy father, Goh Wye Mun (Ken Jeong).

Fans of Kwan’s novel will notice that the film version of Crazy Rich Asians drastically deviates from the source material. Director Jon M. Chu takes liberties, but doesn’t compromise the heart of Kwan’s narrative. It manages to stand alone, as no one could have expected such a breakout success this past August. Adaptations of its sequels, China Rich Girlfriend and Rich People Problems are more than welcome as is Chu for a second or third round. After a career helming Justin Bieber: Never Say Never, G.I. Joe: Retaliation and the first two Step Up sequels, Crazy Rich Asians shines much brighter. The energy he brings to this rom-com is as dazzling as many of the set pieces and elaborate costumes within.

Offering a more authentic experience, Crazy Rich Asians consists of an entirely Asian cast. It’s been about 25 years since The Joy Luck Club in 1993 that Hollywood has embraced this sort of diversity. The desire for representation is ever present and Crazy Rich Asians proudly delivers. Not only do Chu and company deliver, but this ensemble cast is one of 2018’s best. It’s an absolute win for this film and potential sequels going forward.

Crazy Rich Asians is as irresistible and delightful as it is a visually stunning fairy tale. A crowd-pleasing endeavor, this is more than enough to spark a resurgence of smart rom-com franchises. 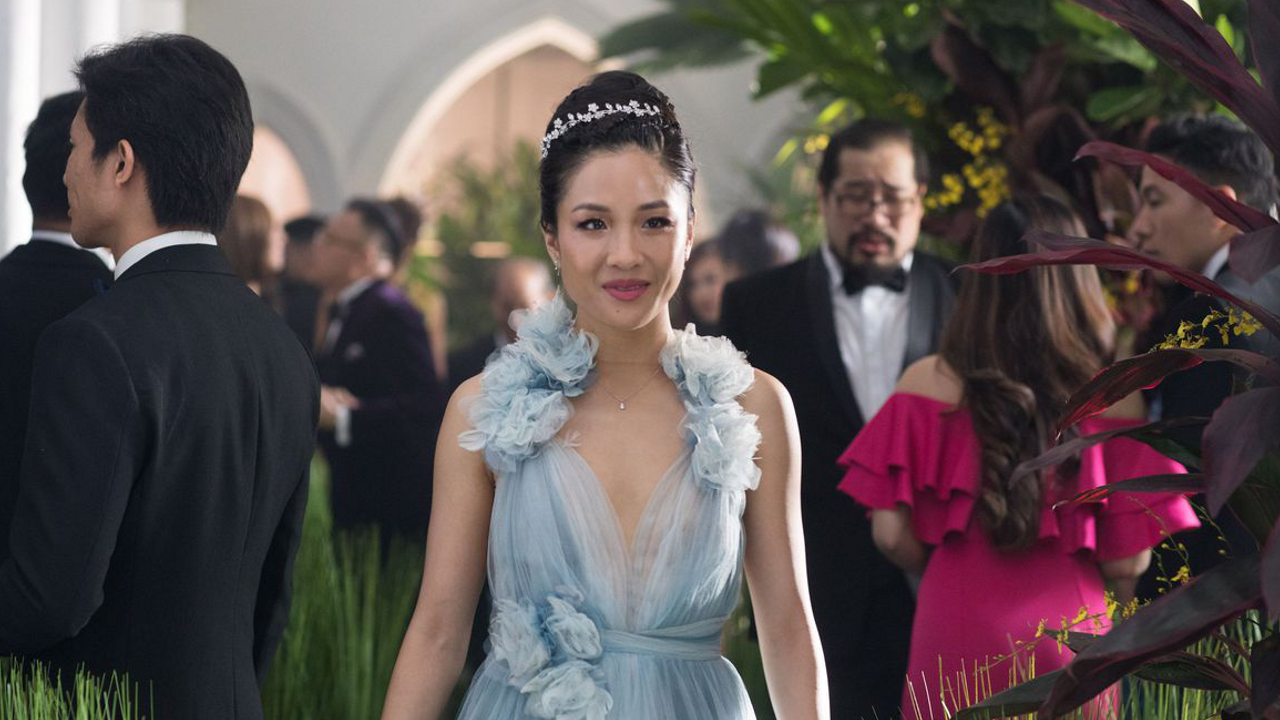 The combo pack for Crazy Rich Asians provides both 2160p 4K UHD and 1080p HD options. Crazy Rich Asians was already a vibrant eye-popping film. From the Young estate to the big wedding towards the end of the film, it’s a kaleidoscope of wonder. Warner Bros.’ home media release lives up to the film’s beauty. The saturation of colors pop all over, while clothing and facial tones are greatly detailed. Even as an upscaled release, the visuals are certainly breathtaking.

Warner is offering various audio options for Crazy Rich Asians. On the 4K UHD disc, viewers have the options to choose between English DTS-HD Master Audio 5.1, English Descriptive Audio 5.1 or French Dolby Digital 5.1. Subtitles are available in English SDH and French. The Blu-ray offers the same audio tracks with the addition of Spanish 5.1. Spanish subtitles are also included on the Blu-ray disc. Dialogue is clear and coherent throughout. Crazy Rich Asians is full of bubbling party atmospheres to quieter, yet critical confrontations between Rachel and Eleanor. Regardless of range, the audio suits each particular scene.

Warner Bros. Home Entertainment reissues the same supplements found on the Blu-ray combo pack. First up is a Commentary with Director John M. Chu and Novelist Kevin Kwan. The commentary delves into all aspects of Crazy Rich Asians, teasing a greater future ahead. Crazy Rich Fun adds some press junket interviews from Chu, Kwan and other members of the crew. There’s also about ten minutes worth of deleted scenes as well as a quick gag reel. Overall, it’s an adequate amount of additions, save for the feature commentary.