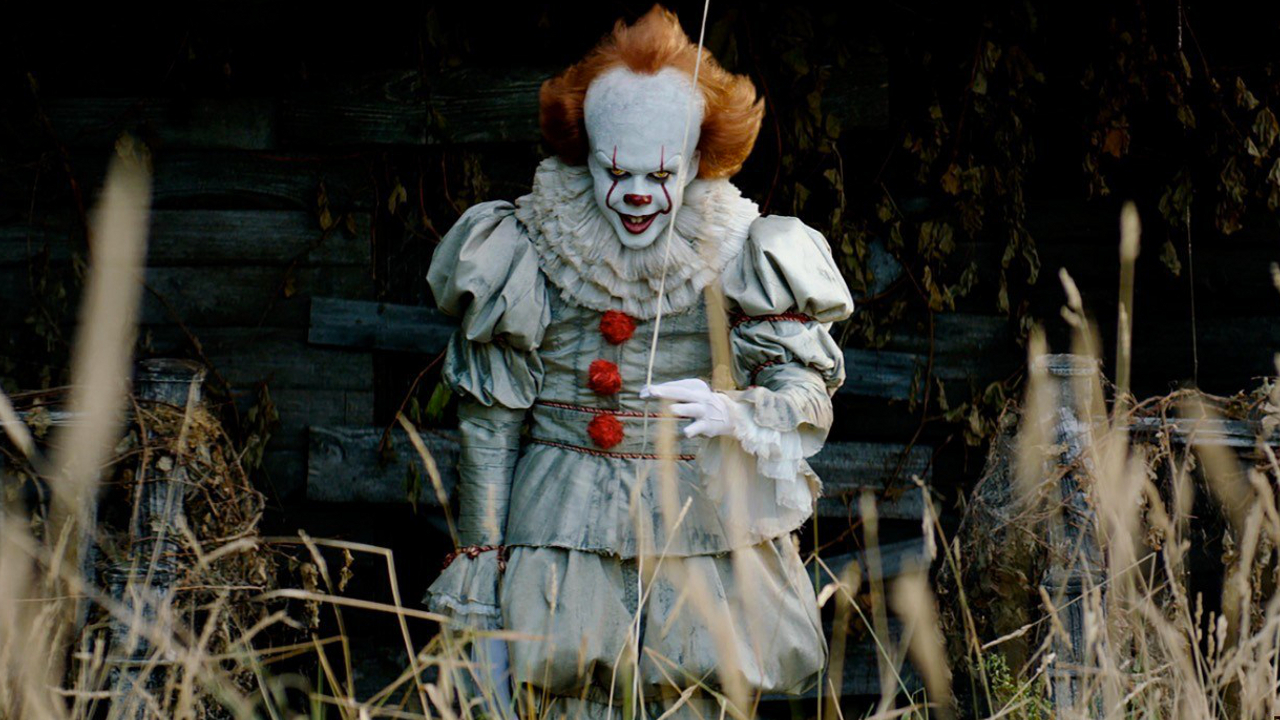 “It” Floats Well Above Other Recent Horror Reboots

Given the major nostalgia pop as of late, it’s only fitting for Stephen King’s iconic novel It to find its way back into the limelight. Outside of King’s novel, we honestly haven’t seen an adaptation other than the mediocre direct-to-TV supernatural miniseries from 1990. Perhaps we’ve just been waiting for the stars to realign or perhaps it’s taken this long for a certain terrifying clown to wake up once more. Ironically enough, it’s been 27 years (a passage of time that plays an pivotal role in the narrative) since that iteration debuted.

Set in 1988, the quiet town of Derry, Maine is faced with very troubling times. Many of the local children have gone missing all of the sudden, though the town never reaches that level of panic mode. The latest victim is young Georgie (Jackson Robert Scott), who’s snatched up by the menacing Pennywise the Dancing Clown (Bill Skarsgård). The following summer, his brother Bill (Jaeden Lieberher) still refuses to give up on the his missing brother. As more kids go missing, Bill and his group of friends forgo the typical summer vacation fun and take matters into their own hands.

Director Andy Muschietti is no stranger to leaving his audiences genuinely terrified. His 2013 film, Mama basked in 100 minutes of well-executed creepiness. Despite a CGI-heavy finale, Muschietti nailed that aura of old-school suspense and psychological terror. It is an even greater leap for Muschietti as a horror director. Yes, the film might build a bit slower than its contemporaries. However, that sense of spine-tingling terror is ever present, branching off from the horrific confrontation between Georgie and Pennywise within the film’s initial moments.

King’s source material racks up to well over a hefty 1,100 pages. However, this film exclusively covers the self-dubbed “Loser’s Club” during their adolescent years in Derry. Despite the second half due out in late 2019, It does remain self-contained and given the luxury to explore our band of misfits much more faithfully to the book. While It emerges from a different genre, the coming-of-age setup is noticeably familiar to that of The Goonies, Stand by Me or more recently, Stranger Things. The main contrast, however, is its sense of tone and a certain homicidal clown.

While Pennywise and the mystery surrounding this entity are the film’s ultimate endgame, It doesn’t shy away from the other personal struggles these kids are forced to endure. In many instances, the clown might even be considered the better of the two evils. One of the newer additions to the Loser’s Club is savagely attacked by local bullies, who attempt to carve their name into the kid’s stomach. Bev (Sophia Lillis), the sole female of the group, is both physically and emotionally abused by her father. If the psychological terrors weren’t enough to warrant an R-rating, these certainly were. Muschietti doesn’t water to subject matter just because they’re kids. In the larger picture, it serves as a grounded counterpart to the supernatural terror.

Like the aforementioned The Goonies, Stand by Me and Stranger Things, It excels in delivering a brilliant ensemble of young actors. The screenplay by Chase Palmer, Cary Fukunaga and Gary Dauberman does its best to balance the seven main kids. Lieberher and Lillis are highlighted the most as Bill and Bev respectfully. Though, Stranger Things’ Finn Wolfhard has plenty of memorable moments as the foul-mouthed, bespectacled Richie. Bill Skarsgård is even more disturbing and immersive as Pennywise than Tim Curry in the distinctive role. For those deathly terrified of clowns, Skarsgård’s maniacal performance is unquestionably your worst nightmare come alive. If this isn’t embodiment of fear on the big screen, what is?

2017 proved that the ceiling for the contemporary horror genre could be shattered. And It made its presence well-known, floating to the top with this year’s best. 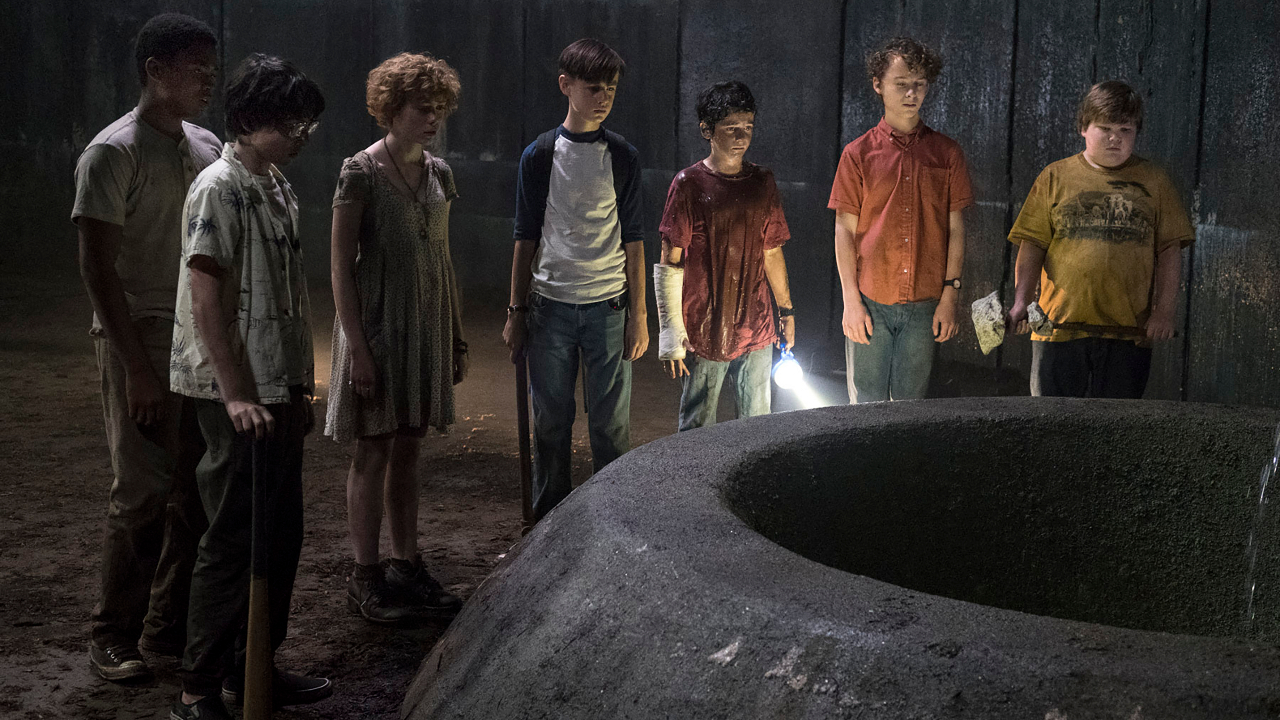 Warner Bros. Home Entertainment presents It in a beautiful 2160p resolution. HDR 10 and Dolby Vision options are also available for enhanced viewing. The 4K UHD version does improve over the Blu-ray Disc, focusing on black and overall colors. Attention to detail is always prioritized whether it in dark environments such as the sewers and scenes in rain or as the Loser’s Club ride around Derry on a bright summer day.

The 4K UHD disc come with a Dolby Atmos track, which is impressively rich in sound quality. From the initial rainstorm confrontation between Georgie and Pennywise to the terrors in the sewer, the audio for It is a fully immersive experience. As the film progresses, the demonic sound effects grow more and more predominant, but the track never feels overblown. Dialogue is coherent and well-balanced as well.

Supplements are exclusive to just the Blu-ray disc in this combo pack. While there are rumors about an Extended Cut released later this year, there’s enough bonus materials to hold over fans. Pennywise is highlighted in a 17-minute featurette, Pennywise Lives!. We get to see behind-the-scenes footage of Bill Skarsgård as the clown as well as the character’s makeup and costume design. There is also a 16-minute featurette highlighting the various members of the Loser’s Club. In Author of Fear, author Stephen King discusses the novel and his inspirations for the source material. Lastly, there’s about 16 minutes worth of deleted scenes. Whether they’ll be reinserted back into the film down the road has yet to be seen.

4K UHD Review: ‘It’ Remake Feeds into Plenty of Nightmares and Nostalgia