It’s always sheer joy to see an action film go beyond the call of duty. 2014’s sleeper sensation, John Wick, unquestionably fulfilled those needs as sleek, stylized window into a seedy neo-noir world. While riddled with mayhem and plenty of guns blazing, John Wick brought his “A” game in full force. Now back for a second installment, John Wick: Chapter 2 is out with a precise mission to strike lightning twice.

Like the first chapter, John Wick (Keanu Reeves) finds himself embroiled in the criminal underworld. He himself is a legendary hitman whose name presents a fearful reputation. Though that doesn’t deter some in the villainous underbelly to screw around with him. In the first film, his beloved dog is murdered and wife (Bridget Moynahan) passes away due to a terminal illness. That brings him out of retirement. With that revenge thriller tied up, Wick hopes to settle down once and for all, putting the hitman life in his rear-view mirror.

But now that we’re entering the realm of John Wick: Chapter 2, the titular hitman’s peace is going to be short-lived. Bound by a blood oath, Wick is forced back into action by Italian crime lord, Santino D’Antonio (Riccardo Scamarcio). D’Antonio demands that Wick assassinate his high-profile sister for personal drive and position. Wick’s not interested, but when it comes down to a do-or-die scenario, he reluctantly agrees. That and his house just got blown to pieces upon rejection.

While in the same vein as the 2014 thriller, John Wick: Chapter 2 is more of a world-building exercise. The first film was a speedy roller coaster that accomplished plenty in every frame of its lean 100-minute run time. Chapter 2, however, adds an extra 20 minutes to the narrative. While bigger is not always better with sequels (see Guardians of the Galaxy Vol. 2 and The Fate of the Furious for recent examples), there’s never that blatant vibe of sequelitis here. We genuinely desire to uncover more about this secret society underworld that was hinted at three years ago.

Keanu Reeves is the driving force behind Wick’s badassery. While his motivations for returning to the field aren’t as inviting as avenging his beagle, his cold-blooded demeanor hasn’t changed the slightest. There’s ample kill, kill, kill moments. And it’s the explicit stylized stunt work that adds a layer of depth. It’s no shallow third-person bloodbath shooter come to life. That’s for sure.

Director Chad Stahelski’s keen eye as former stunt coordinator (The Matrix Reloaded, 300) seamlessly captures one breathtaking action sequence after another. Wick is bounced around from New York City to Rome and back and the film becomes coupled with exploration and revenge. While there’s never a dull or down moment, there’s still breathing room throughout.

Franchise newcomers, Common, Laurence Fishburne and Ruby Rose are all welcome additions as is Ian McShane who reprises his role as mob leader, Winston. They populate a dangerous world where you’re dealing with friend and foe at every turn. When the paranoia sets in for Wick later on in the film, you’re left with nail-biting action set pieces masterfully staged. Between the neo-noir atmosphere, the neon colors and rhythmic cinematography by Dan Laustsen (Crimson Peak), it’s simply a sensory feast.  As the action takes center stage, dialogue is used as a minimum in Derek Kolstad’s screenplay. Who needs to talk when you can just fight with such style? 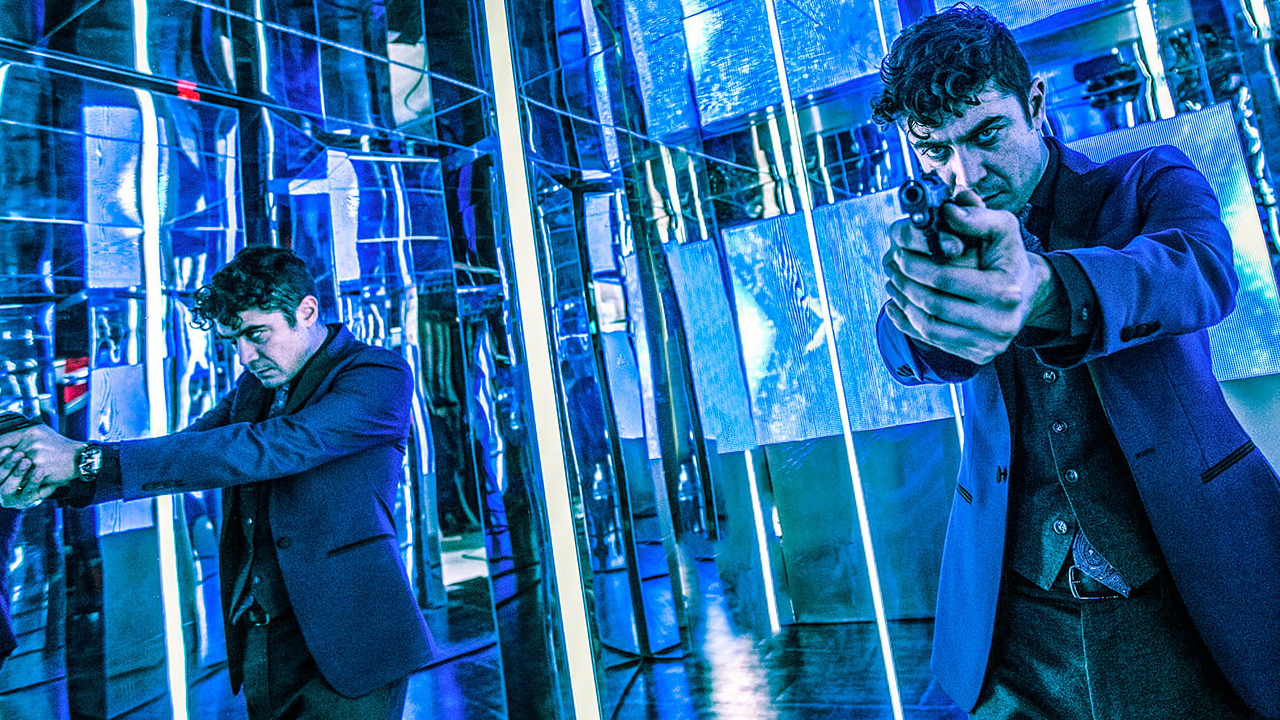 Lionsgate Home Entertainment presents the 4K UHD combo pack on John Wick: Chapter 2 in both 4K UHD (2160p) and Blu-ray (1080p). Like the film itself, the video transfer is a visual treat, eye-popping from start to finish. Though much of the film is set in dark environments or at nighttime, the transfer never feels murky. Blacks are solid and the sumptuous colors during a party in Rome are immaculate. Towards the end of the film, John Wick: Chapter 2 pays homage to the first film’s green color grading, which fans will appreciate. The transfer does it much justice.

While various audio tracks are available, including a English Dolby TrueHD 7.1 track, the Dolby Atmos is hands down the definitive one. A film like John Wick: Chapter 2 is very audio heavy and the Atmos track shies away from nothing. Between the guns blazing and explosions, viewers will be completely immersed into the world of John Wick. Dialogue is clear and coherent as well, but it’s the elements of action throughout that tingle the senses.

Lionsgate didn’t cut any corners when it came to the supplements for John Wick: Chapter 2. This 4K UHD combo pack is loaded with special features. There is an audio commentary by Keanu Reeves and director Chad Stahelski. Viewers will also be treated to about minutes of deleted scenes. If you’re in the mood of revisiting the first film, there’s a featurette called Retro Wick: Exploring the Unexpected Success of John Wick. Various other featurettes focus on fight choreography, weapons and the lifestyle of an assassin. This is so much more packed, entertaining and insightful than your typical home media release.