With little over a month left in 2015, now’s the time to start considering which films have the greatest chance at a Best Picture nomination. There’s already been plenty of buzz surrounding indie darlings like Spotlight, Room, Brooklyn and Spielberg’s Bridge of Spies. Those titles will keep repeating over and over again like a broken record over the next few months. And while the Academy tends to favor the art-house films when it comes to the top prize, that doesn’t necessarily mean that just because a film made hundreds of millions of dollars at the box office that it’ll get shafted at Oscar time.

Titanic, Gladiator, The Lord of the Rings: The Return of the King and Avatar – all mainstream hits, yet all made an impact on the Best Picture race with a nomination. All of them minus Avatar even won the big prize. With the expansion of 10 nominees in 2010, the Academy has diversified the Best Picture race even greater, acknowledging more mainstream blockbuster. Since the expansion, films like District 9, Inception, Up and Toy Story 3 all have been nominated. This year, the following five box office hits could very well put their own hat in the race. 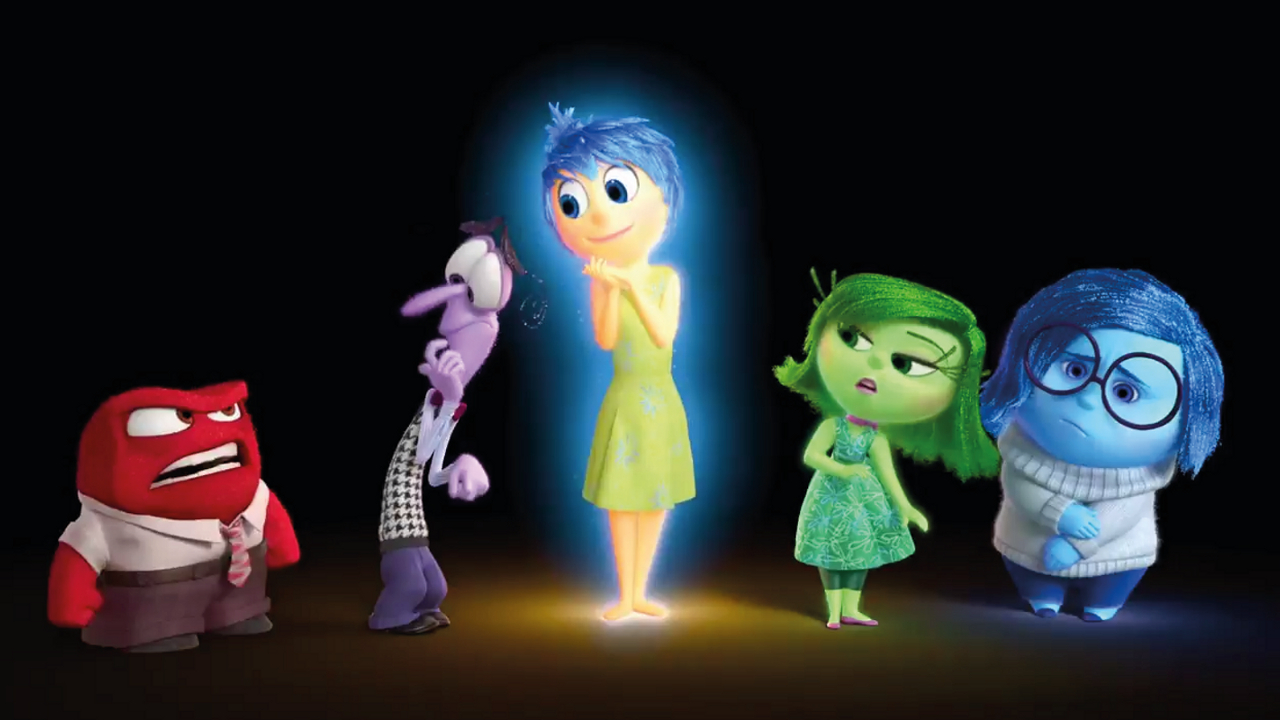 Inside Out is without a doubt Pixar’s most emotionally resonant film since Toy Story 3. Coming off of the highly disappointing Cars 2 and less critically acclaimed Brave and Monsters University, the bar was lower the normal for the colorfully cerebral Pixar flick. Still, give credit where credit is due. Inside Out pulled off the strenuous task of transforming a story set half inside an 11-year-old’s brain into a riveting adventure. The film is thematically more complicated than it seems on the surface, tackling the emotional tween issues that go along with starting all over again in a new city.

Inside Out is a shoo-in as the current frontrunner for Best Animated Feature and could pick up a few techincal nods for sound and score. But it’s also Pixar’s best chance since Toy Story 3 to snag a Best Picture nomination. With a 98% score on Rotten Tomatoes, critics and audiences alike have praised Inside Out. Granted only Beauty and the Beast, Up and Toy Story 3 are the only animated films to snag a Best Picture nod. The two Pixar films both gained slots due to an expanded 10-film Best Picture category. But you can thank the WALL-E snub for more mainstream films being recognized (at least nominated) since 2010. Despite a $350 milllion dollar domestic run, Inside Out might not be cultural phenomenon that Frozen was two years ago (which won two Oscars that year). Still, it’s a more approachable film to the Academy. 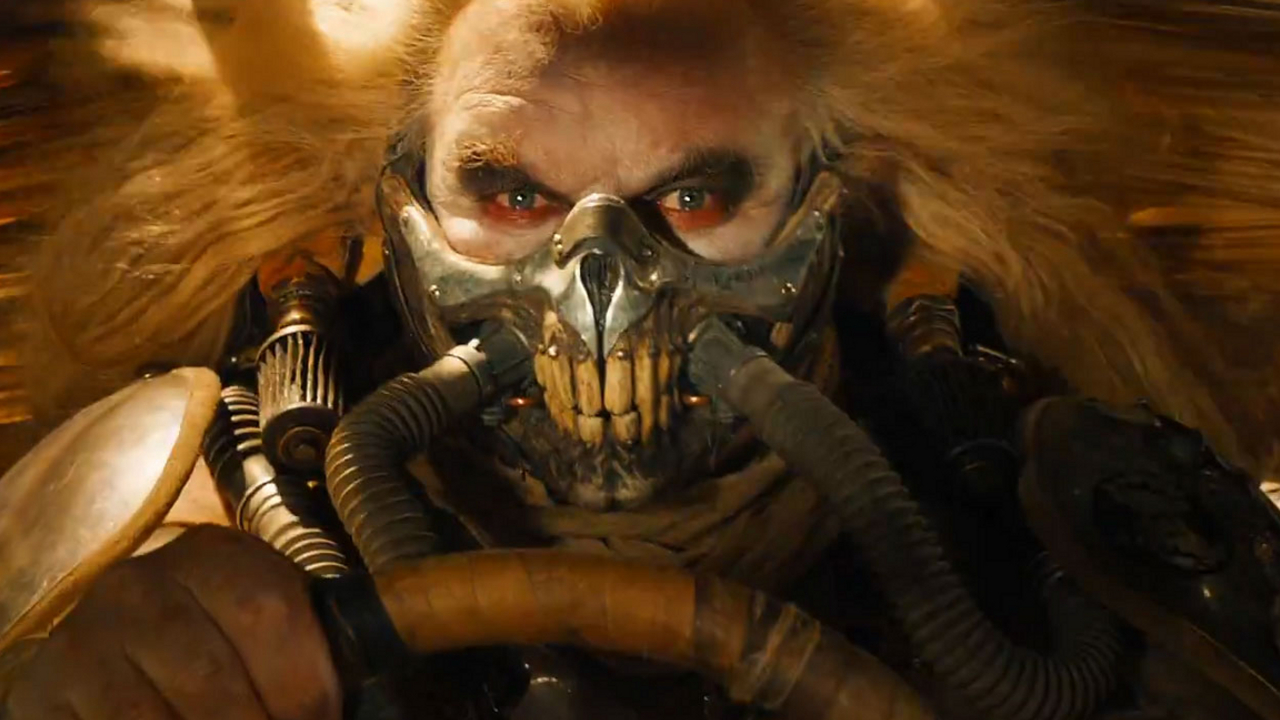 If Mad Max: Fury Road gains a Best Picture nomination this January, it’ll be its own personal trip through the gates of Valhalla, shiny and chrome. If you don’t get the reference, then watch this masterfully crafted two-hour car chase across a post-apocalyptic desert. With CGI-fest tentpoles like Avengers: Age of Ultron and Jurassic World dominating the summer box office, Mad Max: Fury Road was one of the greatest breaths of fresh air in 2015. Hailed for its practical effects, straightforward narrative and smart screenplay, Fury Road is critically acclaimed across the board. Like Inside Out, the George Miller-directed sequel pulled in a unexpectedly high 98% Rotten Tomatoes score.

Fury Road isn’t exactly the carefully molded Best Picture nomination would typically expect. And while its $150 million dollar run and acclaim are both impressive, the film was released earlier in 2015, which works against blockbusters trying to crack in the Best Picture race. Of course there are exceptions, the most recently prominent being Gladiator, released in May 2000, which took home five Oscars and was a box office smash. Fury Road transcends its post-apocalyptic, take no prisoners attitude. Then again, The Dark Knight did exactly the same for the superhero genre. Outside of Heath Ledger’s posthumous win as The Joker, the Batman sequel was snubbed by the Academy. 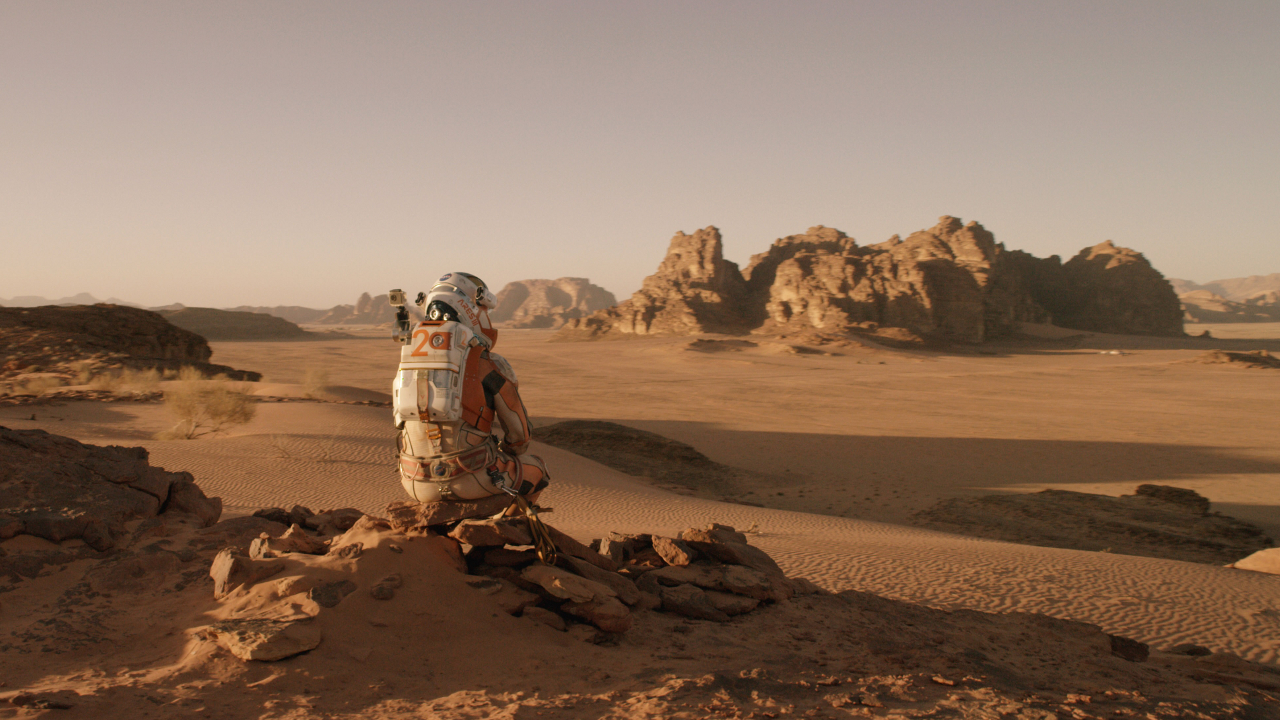 Ridley Scott’s The Martian has the best chance of all five picks here at a lock for a Best Picture nod. More accessible to mainstream audiences than the visually stunning Gravity and less philosphically bogged down than Christopher Nolan’s Interstellar, The Martian has proved to be a crowd-pleaser since it opened in early October. After seven weeks in theaters, The Martian has already grossed well over $200 million domestically, dropping minimally week to week. Its feel-good triumph of survival is something audiences need from time to time.

Shockingly enough, early buzz going around states that the Best Picture race could be between The Martian and independent journalism film, Spotlight. Less than two months ago, it was a foregone conclusion that The Martian would be a moderate box office hit. But its momentum critically and financially isn’t slowing down. It’s good to see Scott back in the graces of critics, especially after a long string of mishaps the last few years. How many of us have yet gotten over The Counselor or Exodus: Gods and Kings? If The Martian manages to land a Best Picture nomination, it’ll be Scott’s first since Gladiator picked up the top prize back in 2001. 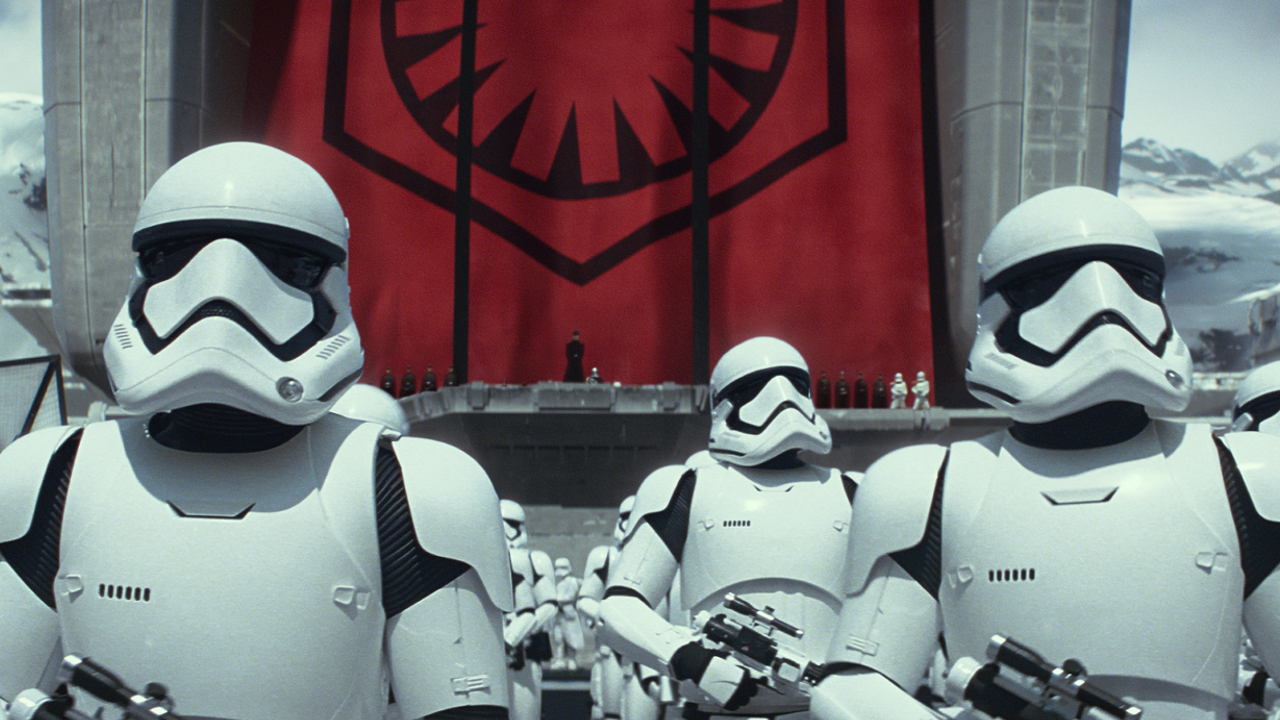 Star Wars: The Force Awakens isn’t even out in theaters yet, but I can confidently say that it’s a blockbuster in the making. The buzz for the seventh Star Wars film has been unmatched. At least since the hype going into Star Wars Episode I: The Phantom Menace. For many fans, they’re praying this isn’t The Phantom Menace part deux. From what we’ve seen from the past year, director J.J. Abrams (Star Trek) is instilling hope back in fans. Practical effects, less political debates, no obnoxious side characters. The stars are finally starting to line up.

But what will it take for Star Wars: The Force Awakens to enter the Best Picture race? Unfortunately, it’s a uphill climb. Possible, but still difficult. The Academy hasn’t nominated a Star Wars movie since the original almost 40 years ago. Fan favorites like The Empire Strikes Back and Return of the Jedi settled for sweeping technical categories. And the prequels? Well, they were all nominated in technical categories with zero wins. Surprise. Surprise. Sci-fi and fantasy aren’t exactly favorites of the Academy. But then again The Lord of the Rings: The Return of the King swept the 2004 Oscars with 11 wins. And James Cameron’s Avatar was the biggest threat to The Hurt Locker’s victory in 2010. The Force needs to be strong with this one. We’ll have a better picture by the end of the year. 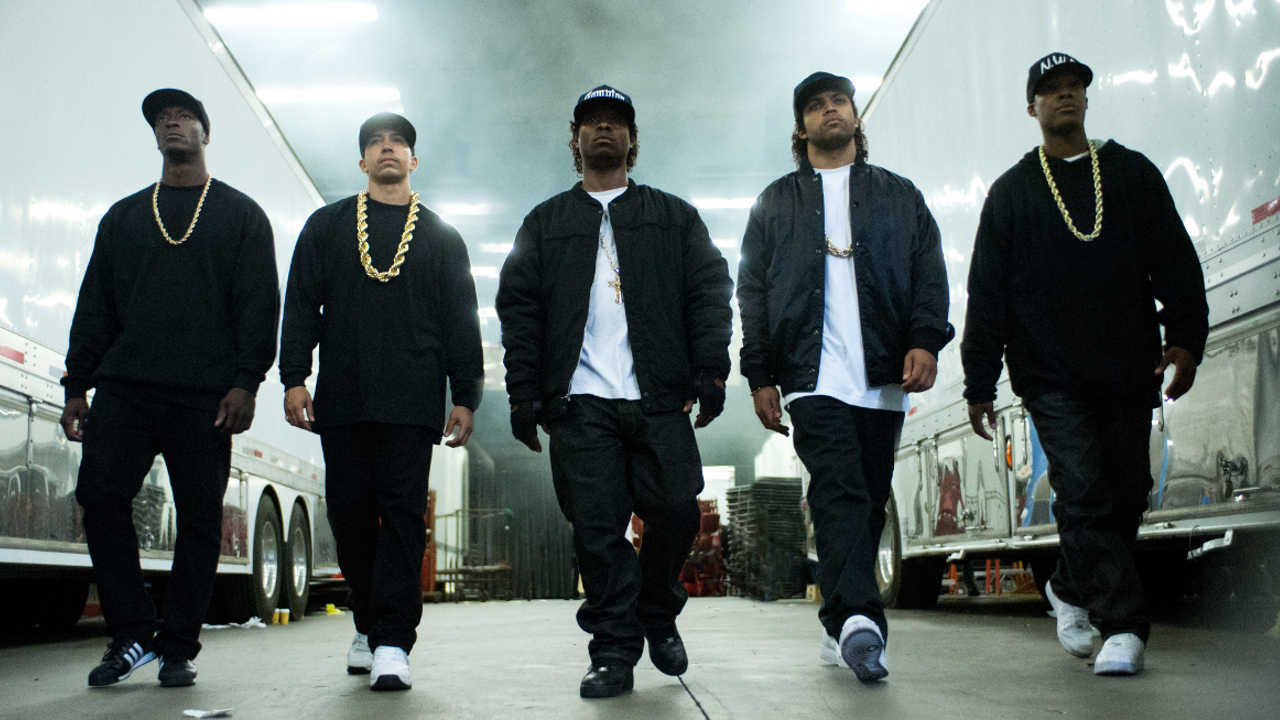 Also a longshot, Straight Outta Compton shocked audiences and critics alike, chronicling a satisfying bio-pic narrative of the controversial 80s rap group, N.W.A.. Bio-pics are always Oscar-bait, yet Compton comes off as perhaps too mainstream to be considered for a Best Picture nomination. Like several other films on this list, a release before October works aginst the film. Compton was released in August, ruling the box office week after week with a run over $160 million.

The Academy hasn’t shyed away from rap before. Both 8 Mile and Hustle & Flow won Oscars for Best Original Song. Eminem taking the award in 2003, while Three Six Mafia winning in 2006. Compton’s a bit different, here to be acknowledged for the overall film rather than a song. At this point, Compton’s best chance of being a serious contender in the coming months is if a few Oscar-bait films falter. Then the N.W.A. bio-pic might be able to pick up the pieces.

Which blockbuster films have the best shot at Best Picture nomination come January? Sound off down below.

5 Blockbusters That Could Break Into the 2016 Best Picture Race

With little over a month left in 2015, now's the time to start considering which films have the greatest chance at a Best Picture nomination. There's already been plenty of buzz surrounding indie darlings like Spotlight, Room, Brooklyn ...
0
Average User Rating
0 votes
Please sign in to rate.