The final trailer for the upcoming sequel Jurassic World: Fallen Kingdom reveals a few more details – and it definitely has me excited.

Being a hardcore Jurassic fan, I’ve pretty much loved them all, but when Jurassic World rebooted the whole thing, I was in heaven, much like I felt with Steven Spielberg’s original classic. To actually see the actual dinosaur park, up and running, I just thought what a fantastic way to bring it full circle. Chris Pratt was awesome, the kids were good – even Bryce Dallas Howard running in heels didn’t bother me. And the fact Pratt’s character was a velociraptor whisperer with his raptor pal, Blue, made it personal. We finally got to feel emotion and affection for one of the dinosaurs; they are just animals, after all.

Of course, after Jurassic World made a jillion dollars, there had to be a sequel – and therein lies the problem with sequels. How do you top its predecessor when it did all the right things? You want the filmmakers to think outside the box and come up with another original idea. It’s okay to bring the original cast back (you have to have Chris Pratt), but how are they going to advance the story and expand the world in another compelling way?

So, when the first teaser for Fallen Kingdom was released, I was very skeptical. It showed just a snippet of Pratt, Howard and newcomer Justice Smith, trying to escape the abandoned island where the Jurassic World park once was as it’s being destroyed by an erupting volcano. Everything seemed, well, redundant and I thought, if this is what the movie centers on, it’s going to fail.

Thankfully, my confidence in the sequel has grown with each subsequent trailer because that’s only a small part of what the movie is about. It looks like corporate baddies InGen, the makers of the dinosaurs, still want to bring the real creatures to the people and are still mixing dino DNA for a bigger, more dangerous dinosaur. To quote Pratt’s Owen from Jurassic World “probably not your best idea.”

Check out the final trailer above, and here are five takeaway things I loved about it:

1. Maybe Owen and Howard’s Claire haven’t made it as a couple, which is not too surprising, but the banter is still alive and well. The opening bit with them in the T-Rex cage, thinking the animal is knocked out, cracks me up. Later, he also tells her, “If I don’t make it back, remember you’re the one who made me come here.” She looks at him incredulously. He laughs, “I’ll be all right.”

2. The whole going back to the island thing is a rescue mission. Owen is going to go rescue Blue! His boy, Blue! But it looks like it doesn’t go well because of those stupid InGen soldiers, and Blue is injured. *Single tear* Also, apparently it was just a ruse to get dinos off the island to sell. British actors Rafe Spall and Toby Jones are the corporate idiots to hate this time, and yes, they’ve created another dangerous hybrid. Please let the explanation of why anyone in the right mind would do this seem plausible.

3. To feed my shark movie obsession, it looks like that gigantic Mosasaurus from Jurassic World – the one who ate the Great White – somehow is let loose and is ready to swim through a wave and eat surfers and men dangling from helicopters. Oh hell, yes! 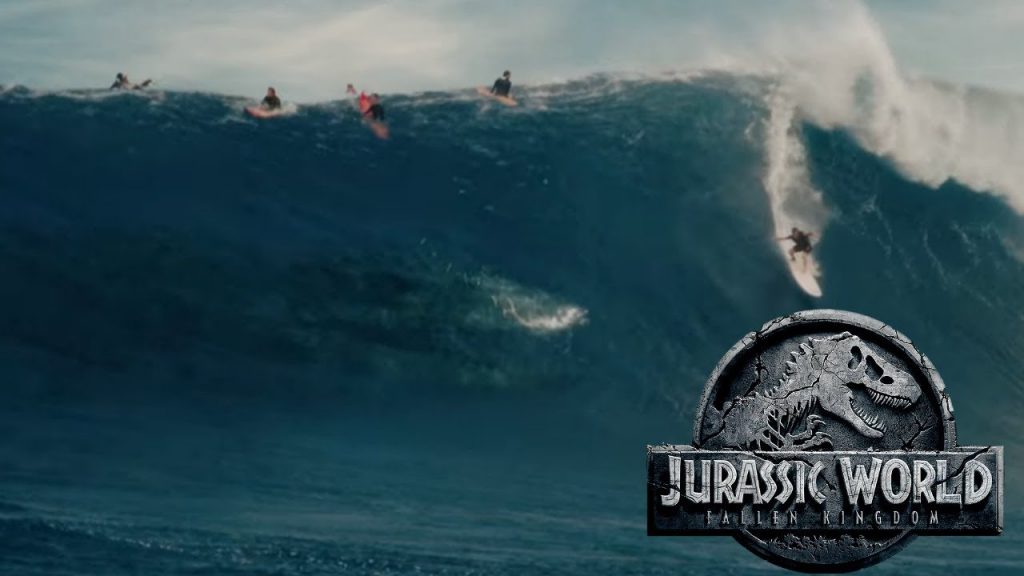 4. Jeff Goldblum as Ian Malcolm returns. “These creatures were here before us. And if we’re not careful, they’re going to be here after. Welcome to Jurassic World.” Enough said.

5. Finally, the fact this is being directed by J.A. Bayona inspires hope. He’s helmed smaller but no less visually stunning movies such as The Impossible and A Monster Calls, so judging from this trailer, he has all well in hand. 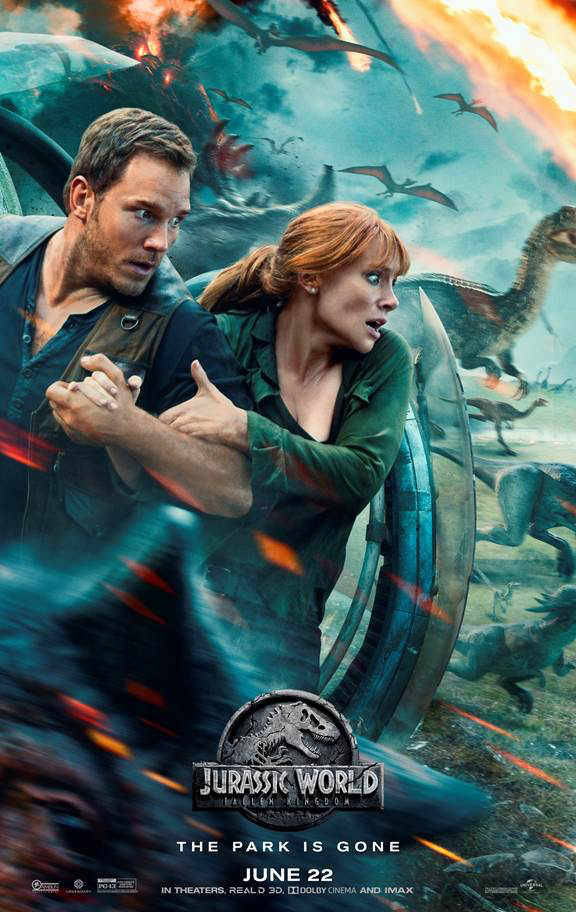 The final trailer for the upcoming sequel Jurassic World: Fallen Kingdom reveals a few more details – and it definitely has me excited. Being a hardcore Jurassic fan, I've pretty much loved them all, but when Jurassic World rebooted the ...
0
Average User Rating
0 votes
Please sign in to rate.