With The 355 opening in theaters this weekend, which stars Jessica Chastain as a CIA agent who recruits an elite team of international female spies to track down terrorists, some may still have trouble adjusting to seeing Chastain, a Shakespearean-trained Julliard graduate (and two-time Oscar nominee) in a full-fledged action role. Considering Chastain first broke out in Terrence Malick’s The Tree of Life as the idealized vision of a Southern mother and then got her first Oscar nomination as the hapless Southern wife in The Help and is garnering more Oscar talk this year for her portrayal of a Christian television icon in The Eyes of Tammy Faye, it’s easy to forget that Chastain has taken on some legit action roles where she has literally kicked ass in films such as The Huntsman: Winter’s War, X-Men: Dark Phoenix, and Ava. But don’t be fooled; those three films were not the only ones that signaled Chastain’s ability to channel her inner badass. As we prepare for The 355, let’s look at five other films in which Chastain shows off her mad skills at playing characters who don’t need to rely on guns, swords, or fists to beat men at their own game. 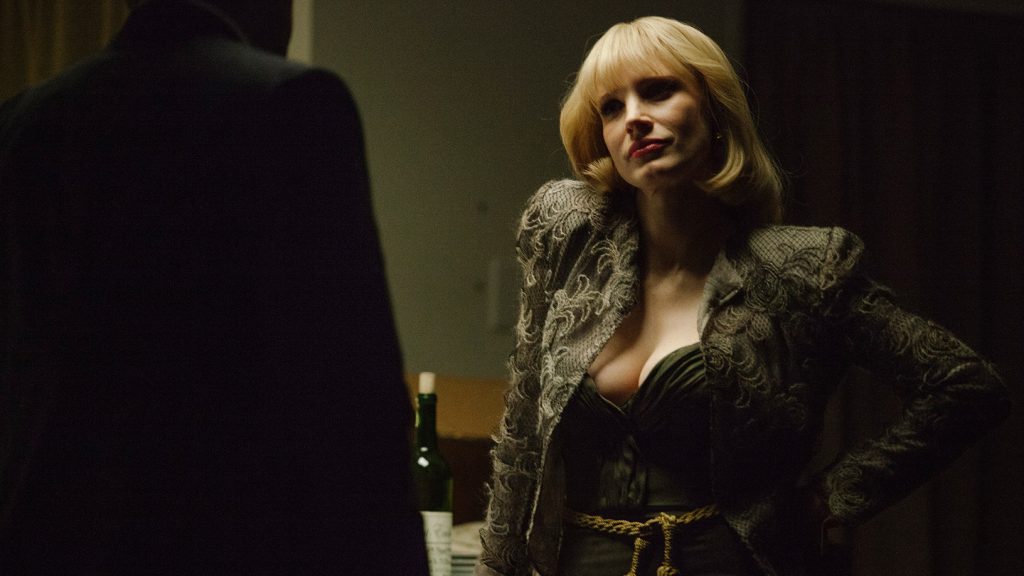 In J.C. Chandor’s look at the inner workings of the heating oil business in New York City in 1981, Chastain plays Anna Morales, wife to Abel Morales (Oscar Isaac), who is desperate to keep his business legitimate, despite all the pressures to get in bed with “illegitimate” elements. While the film is mostly Abel’s story, it is Anna who is the brains in the family, who has learned some important lessons in street smarts from her mafia-connected father. Chastain delivers a solid, unbending portrayal of a woman fighting for her family and her family’s business and isn’t afraid to pull the strings and save the day when her husband is at the end of his rope. While Isaac delivers his usual excellent performance, Chastain’s performance is the backbone of the film, as it is Anna who keeps Abel from wilting, the one who makes all the right moves when Abel is stuck in neutral. Of all the guys with guns who run around threatening everyone, it is Anna who you would never want to run into in a dark alley. 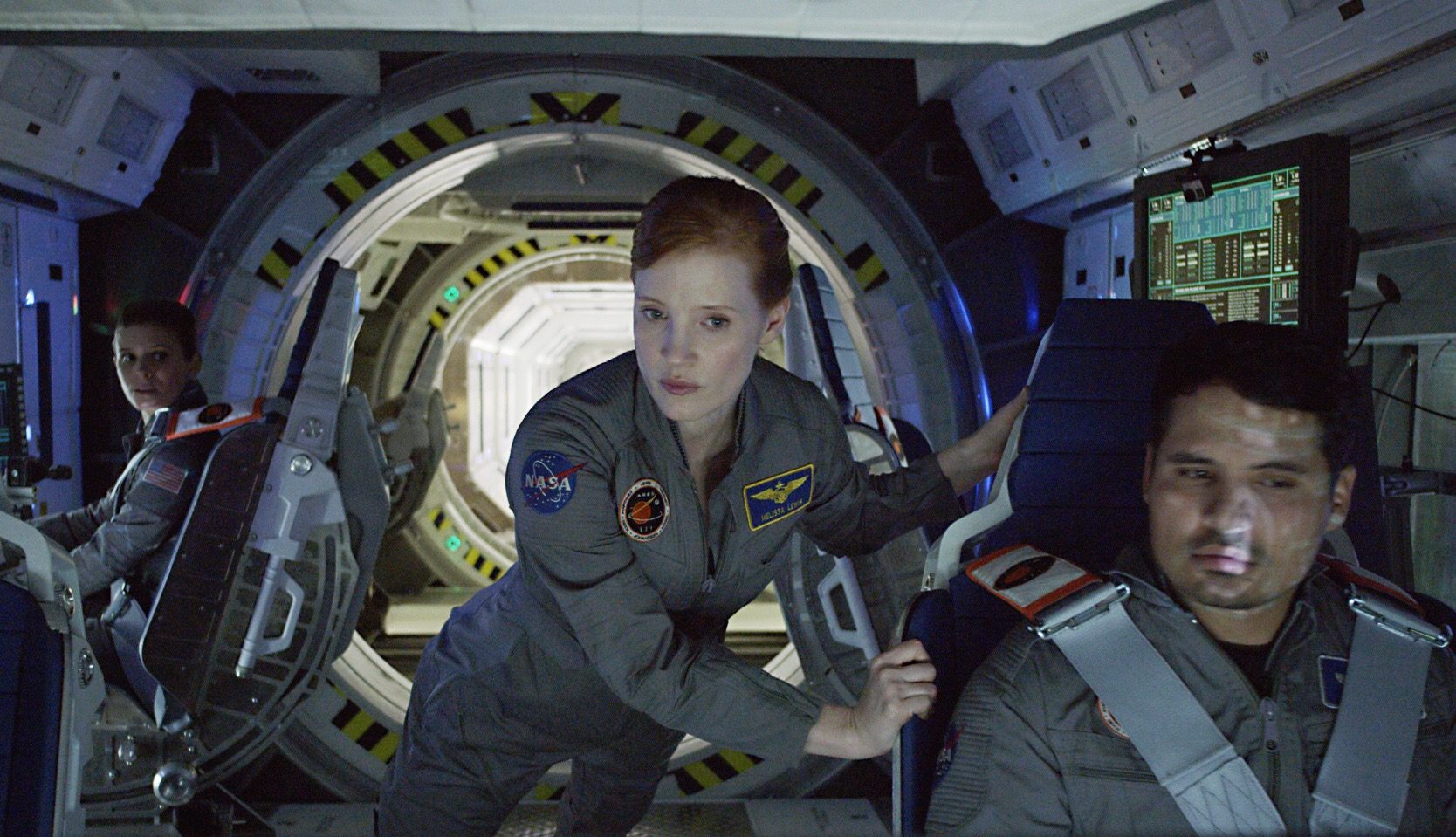 Matt Damon’s character Mark Watney may be the one left behind when the Ares III mission to Mars has to escape the planet in Ridley Scott’s 2015 film The Martian, but it is Jessica Chastain’s Commander Lewis who is the hero, making the tough call, against the wishes of her bosses at NASA, to ask her crew to agree to return to Mars to rescue Mark. Not only that, but during the dangerous rescue mission itself, Commander Lewis goes out and pulls Mark to safety. Chastain’s embodiment of a cool, collected, and courageous spaceship commander is precisely the hero men have portrayed for decades. Still, she does it with compassion, humor, respect, and a whole lot of badass—bonus points for Commander Lewis’s love of the ‘70s disco music. 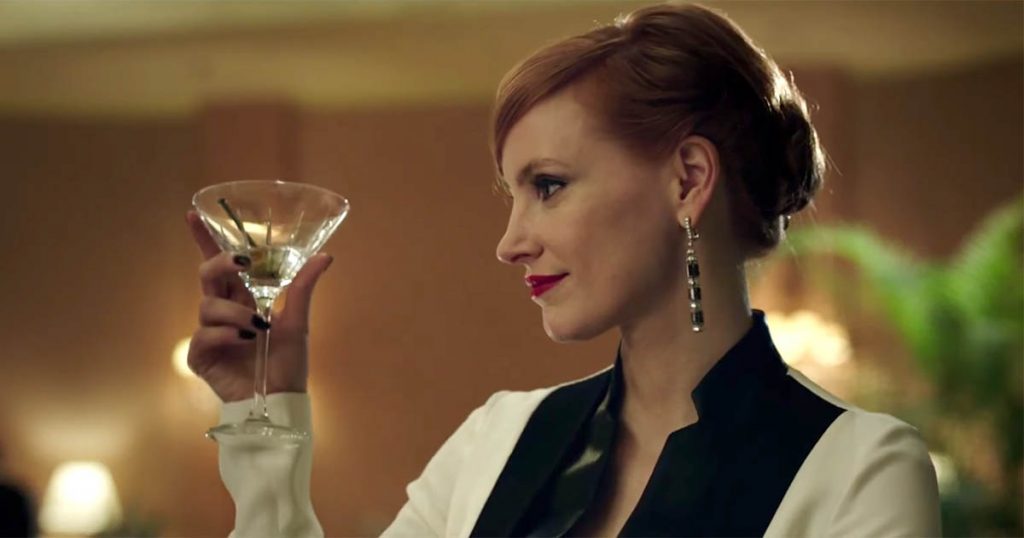 In this politically-charged drama from director John Madden, Jessica Chastain plays Elizabeth Sloane, a ruthless Washington D.C. lobbyist who leaves her big, powerful firm to work for a smaller boutique firm so she can work to pass anti-gun legislation. Although the odds are against her, her firm, and the legislation she is working to get passed, nobody can ever count out Miss Sloane as she is as conniving, hardened, and vicious as they come. If a man had played this role, it would be just another guy in a suit doing bad things for good reasons, which are a dime a dozen and we have come to see as heroic. But, because she’s a woman, Elizabeth Sloane is treated as some sort of unicorn, a woman who dares to put her job first, who dares to be flawed, cruel, single-mindedly unrelenting in the pursuit of her goal, which automatically makes her somehow deficient. But, as portrayed by Chastain, Elizabeth Sloane leans into and embraces her uniqueness, taking advantage of the sexism that would never allow her to be seen as a legitimate threat. She in turn, leaves a wake of bewildered men behind her, jaws on the floor, mouths agape, unable to comprehend how they just got played by the most beautiful woman in the room. 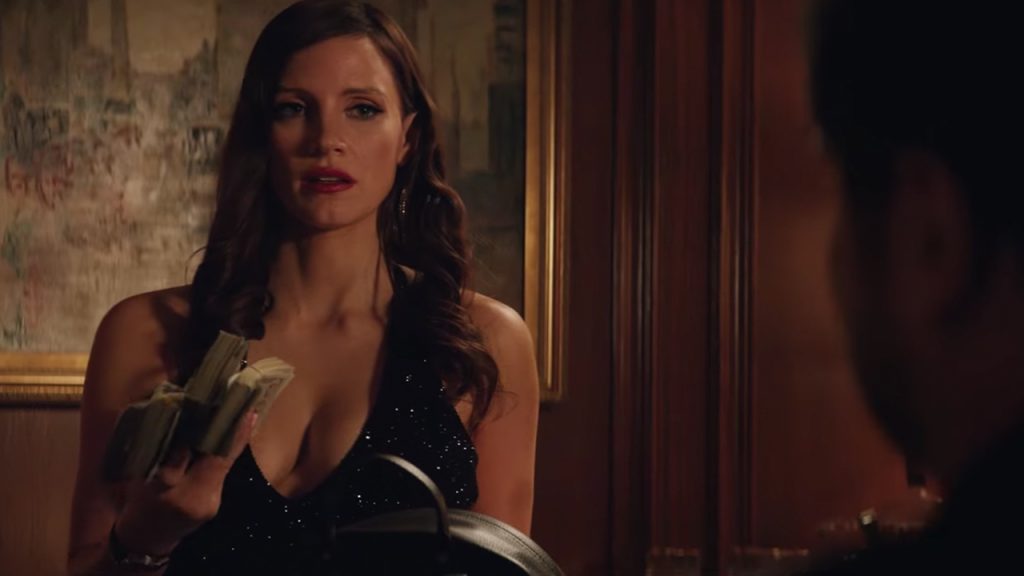 Speaking of getting played by the most beautiful woman in the room, we have Aaron Sorkin’s directorial debut, Molly’s Game, where Chastain plays Molly Bloom. This real-life hustler ran a high-stakes back-room poker game for the rich and famous and was taken down by the FBI. Molly Bloom was someone who never saw a challenge she couldn’t meet head-on, from being an Olympic skier to convincing Hollywood’s biggest celebrities that hers was the only game in town. A self-made businesswoman, Molly knew what her biggest assets were, and she parlayed them to tremendous success, learning how to manipulate giant egos, taking advantage of every opportunity, relying on her brains and beauty to further herself and become wealthy beyond her wildest dreams. Even when it all comes crashing down, she still doesn’t fold, even enduring a vicious beating by mobsters trying to intimidate her into silence. Chastain’s gift is a deep well of strength in a beautiful package, and there is no role that better plays to her skills than this one, a character who is continually underestimated, never needs a man to rescue her, stands up for herself, and never backs down from a fight. 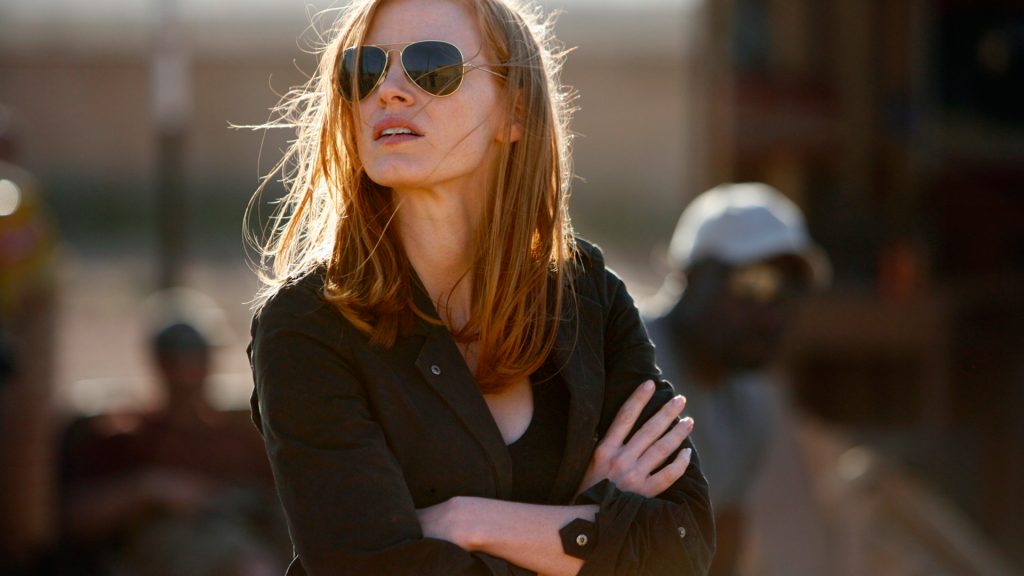 Perhaps Chastain’s most badass character of all is the one she played to an Oscar nomination in Zero Dark Thirty, director Kathryn Bigelow’s Best Picture nominee about the American operation to find and kill Osama bin Laden in 2011. Chastain’s portrayal of Maya, the real-life CIA agent who relentlessly pursued bin Laden for a decade, is chilling and heroic in its relentlessness. It’s easy to forget the thousands of Americans who fight for our country without a uniform, the ones who carry out missions from inside a secure room, who rely on intelligence, not weapons, to prevent attacks and punish our enemies. For Maya, not only was she engaged in quiet pursuit of America’s biggest enemy, but she was battling another war at home, constantly having to prove herself to her superiors, men who either doubted her intelligence or ignored her work altogether. It is because this woman persisted, imploring her superiors to pay attention to the work she had done, that the United States was able to bring its greatest enemy to ultimate justice. Keep your guns and capes, that’s the kind of hero we need more of.

5 (Other) Times Jessica Chastain Proved To Be A Badass

Catherine Springer takes a look at the career of Jessica Chastain and the five times, other than the obvious ones, where she played a badass.
0
Average User Rating
0 votes
Please sign in to rate.