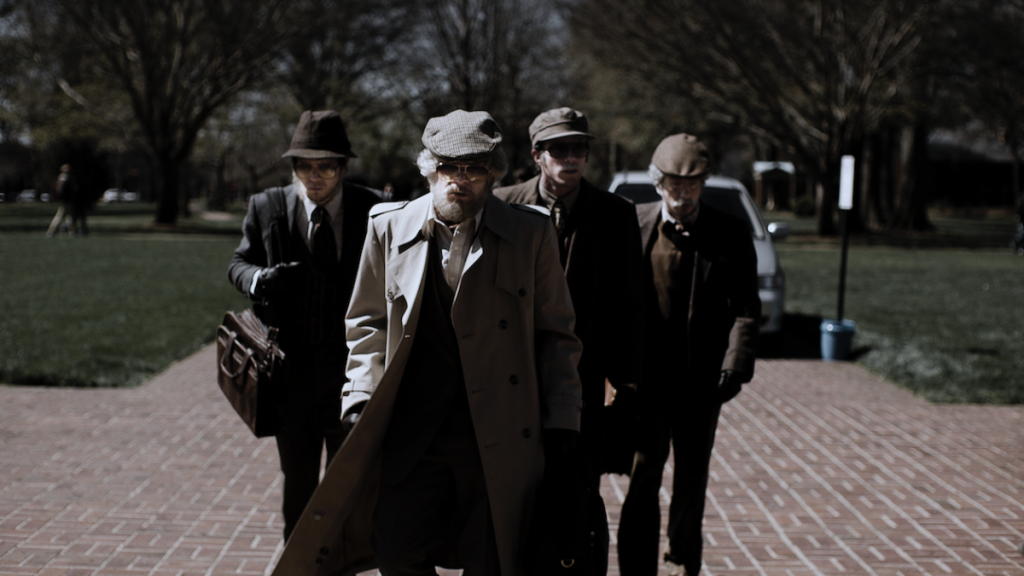 We’re long past the point where heist movies have become common enough to reference other heist movies. Reservoir Dogs riffed on The Friends of Eddie Coyle and The Taking of Pelham 123. Inside Man calls out Dog Day Afternoon. So how about a heist movie involving good suburban college kids who have seen those more recent heist films and choose to embark on their own mission. American Animals tells such a tale, though it happens to be based on a true story about a few students who got in over their heads when it came to stealing some rare books from Transylvania University’s library. The real twist is how interesting it is to hear from the real would-be criminals, as we watch the fictionalized version playout.

I can see why writer/director Bart Layton wanted to take on this project. His previous film, 2012’s fantastic documentary The Imposter, presented a fascinating story about a man claiming to be the son of a family who had been missing for three years. It was a story about identity, bending the truth, and the nature of criminality. Each of these ideas is present in American Animals, which would merely be a straightforward heist film without the documentary aspect built into the narrative.

For the dramatized retelling of this story, Evan Peters, Barry Keoghan, Blake Jenner, and Jared Abrahamson take the roles of the college kids who put together their plan to steal from the special collections library. What Layton does to enhance this story further and create a more visually exciting presentation, is allow the real individuals (and some of their parents) to speak to how things went down occasionally. 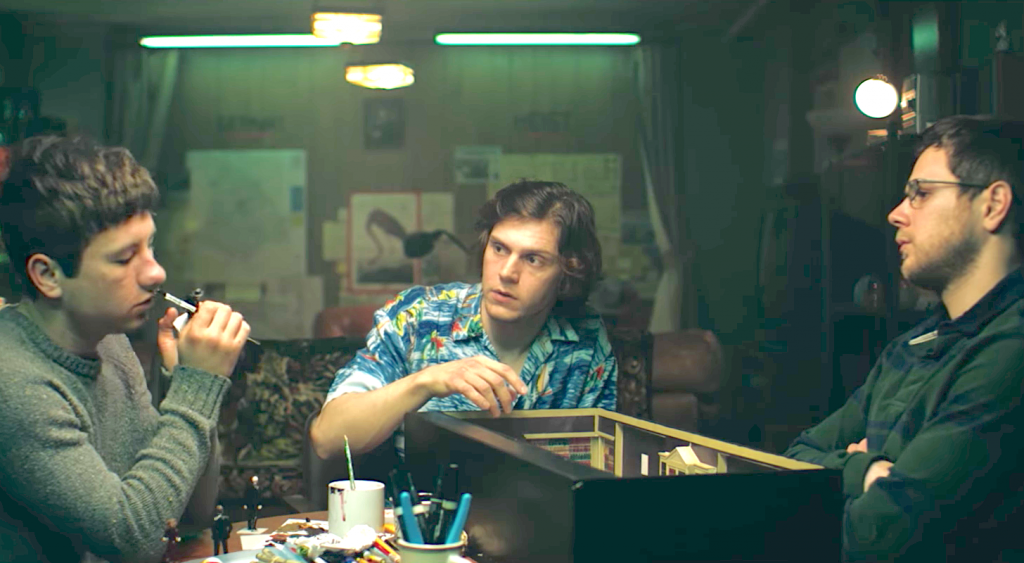 Peters and Keoghan’s portrayals of Warren and Spencer, in particular, allow for the film to have the most fun with this conceit. While presented linearly, having the two different characters describing the same scenario leads to varying approximations of the truth. The film compensates by altering locations, costumes, or intent of certain scenes within the same scene. It’s an interesting choice that I wish was utilized more often or with more focus.

It is only by the end of the film in which Layton attempts to add on another layer to the storytelling, making me question certain truths told to the viewer. Were greater justice done to this aspect, a more fascinating film could have emerged. The lack of much else as far as thematic resonance regarding who these dumb kids (from a street smarts perspective) are in all of this and how their apparent boredom with excelling at college in their own ways led to this heist plan, further indicates the lack of potentially interesting social commentary.

As it stands, however, there is a very engaging story being told that is worth highlighting. While not stressed to a winking degree, the dialogue tends to be very playful between the guys. Various film references are not always apparent, but there is a level of imitation going on and the idea that Peter’s Warren, in particular, has harnessed much of what he knows from having watched lots of movies. Warren attempts to recall George Clooney’s swagger from Ocean’s 11 in one scene, in an attempt to recruit another participant, despite saying nothing about what he wants to do. Suffice it to say; there is a lot of fun to be had in American Animals. 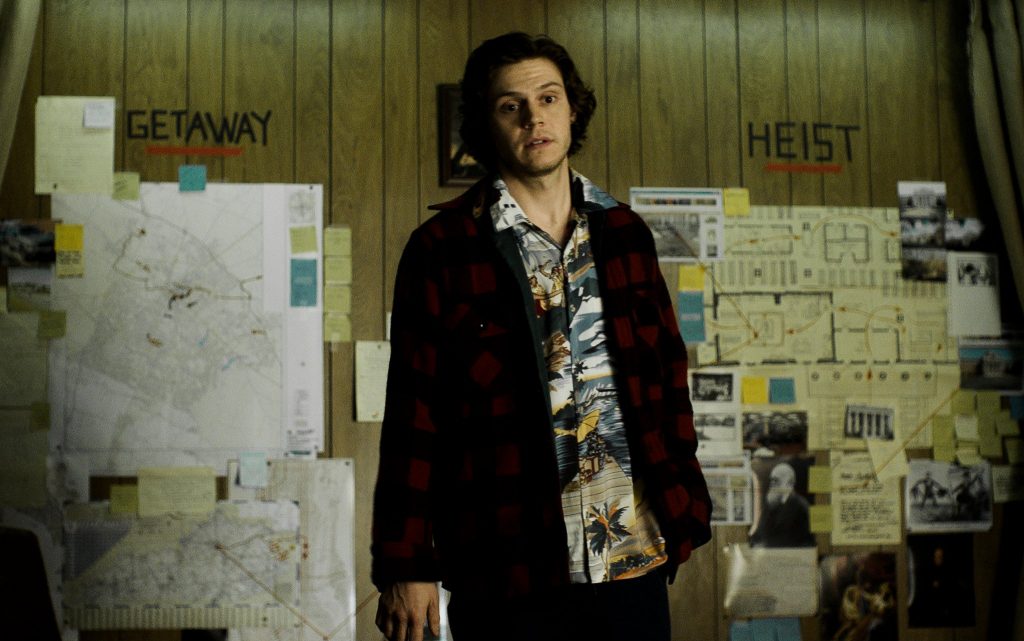 At the same time, the film is not without its levels of tension. The actual heist could come across as a comedy of errors, but real suspense comes out of the filmmaking and the level of seriousness given to this sequence by the actors involved. The actions taken do have inevitable consequences, and it once again provides the film a chance to be creative in its use of the presence of the actual individuals involved.

From a performance perspective, American Animals feels like another film showcasing the talents of some rising stars. Keoghan made an impression on many in 2017 with Dunkirk and The Killing of a Sacred Deer, and while those roles and this performance as Spencer is not about to secure himself parts as the romantic lead, the guy has a lot of promise to occupy a variety of interesting parts. Similarly, Peters has a wildcard energy that could make him ideal for any number of roles. Here he gets to be the rebellious one, but the range of emotions required from him at a given moment always keeps him as entertaining as the real Warren.

More could have been done to examine some of the inherent sociopathy that comes from having the urge to commit crimes that may or may not involve some violent actions, but American Animals does get by on in stylish charms and high engagement factor. Whether or not you find this group of guys likable, the film does the job of making the viewers want to see how this very sketchy plan plays out and what leads to us being able to see the real in-over-their-head criminals speaking about everything that happened. American Animals is good fun. It may not re-write the book on heist movies, but it does a fine job acknowledging the many chapters within it. 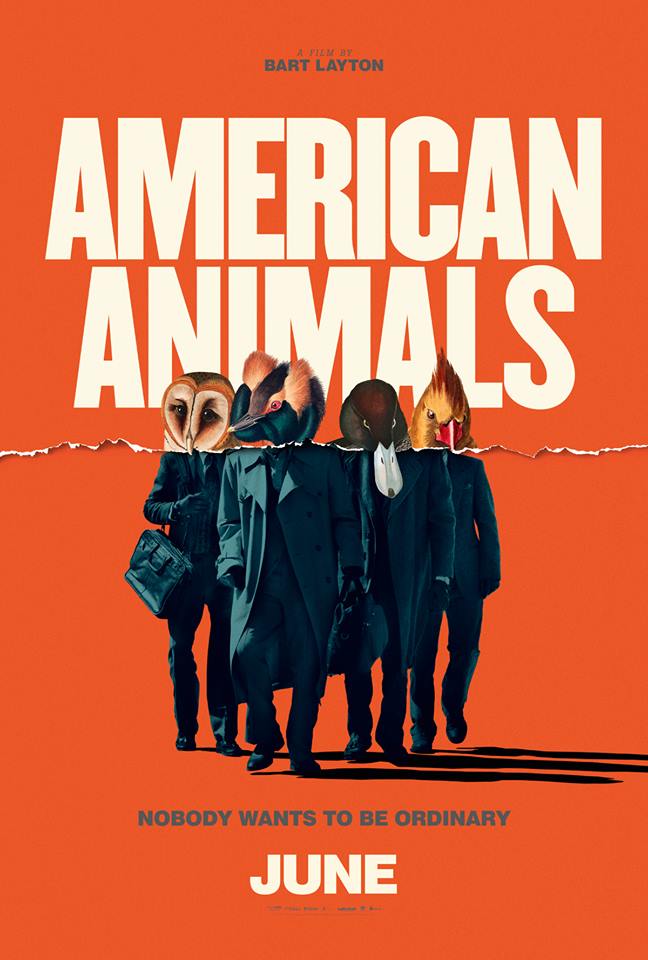